A native of Manitowoc, WI – distinguished composer and pianist Allen Bonde is Professor Emeritus of Music at Mount Holyoke College. A graduate of Lawrence University Conservatory of Music, he has both the Master of Music and (the first) Doctor of Musical Arts degrees from the Catholic University of America. He has received many awards, honors, and commissions, notably a Festival Casals Scholarship, a Yale Graduate Fellowship, an American Composers Project, a Rockefeller Foundation Grant, and was recognized for his outstanding contributions in music with Alumni Achievement Awards from Lawrence University and Catholic University. Additionally, Bonde was the first Composer-in-Residence at the Harmony Ridge Brass Center, a Fellow at both the MacDowell Colony and Salzburg Seminar in American Studies, Composer-in-Residence at Kingston Polytechnic in London, and the first Musician-in-Residence at the Nanyang Technological University National Institute of Education in Singapore. As a contributing delegate, he was commissioned to compose a piece for Pipa, which was premiered by Wong Ching-Ping at the First International Seminar on Chinese Music held in London.

As pianist, Bonde has performed in many venues, including Carnegie Recital Hall, National Gallery of Art, Pan American Union, Philadelphia Museum of Art, Harvard Musical Association, and Severance Chamber Hall. His performances have been described as “brilliant” (Washington Post) and “solid” (New York Times). A profile of his life can be found in a Readers Digest article titled “A Song of Home,” from the September 1991 issue. 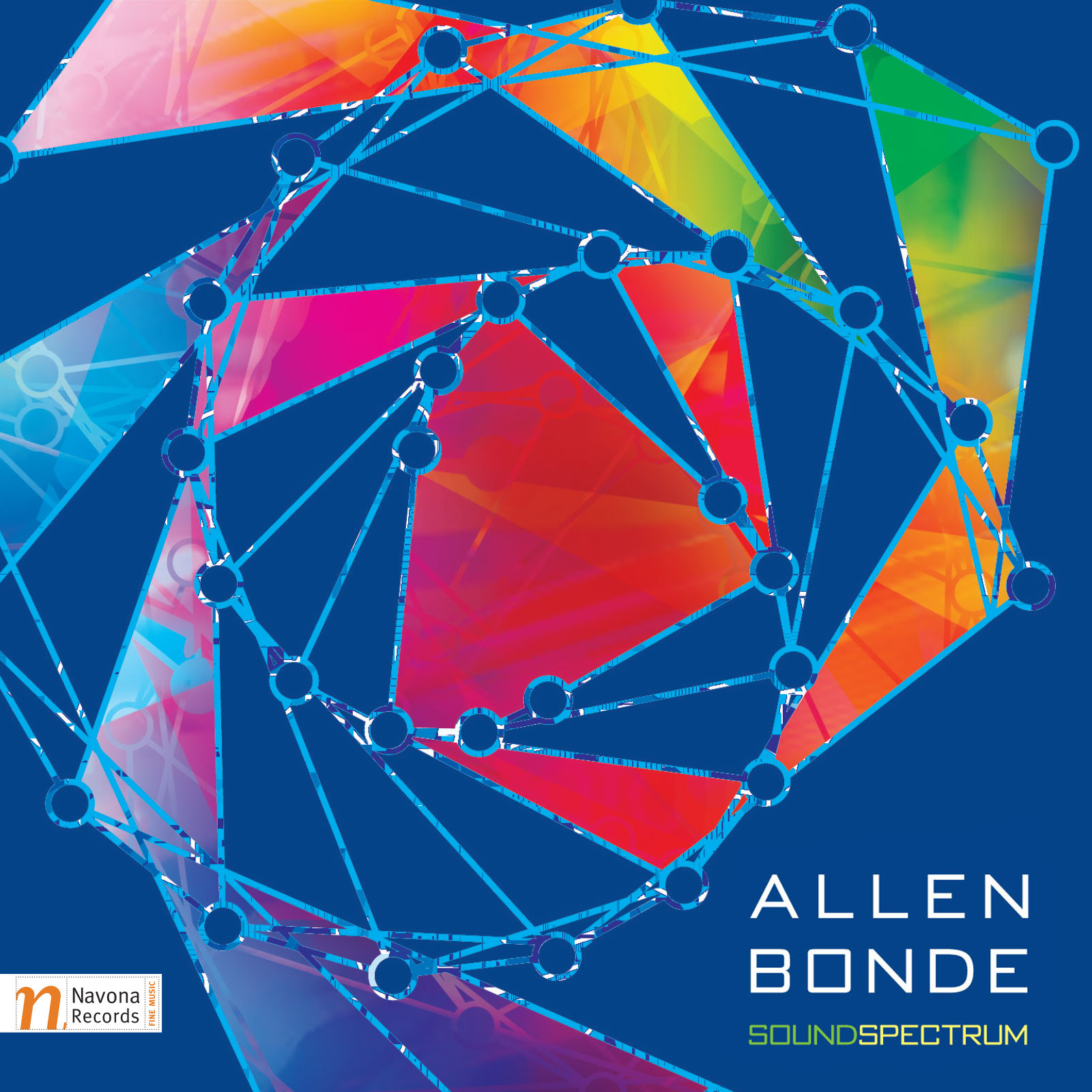 Release Date: November 1, 2011
Catalog Number: NV5862
21st Century
Orchestral
Orchestra
Piano
Voice
SOUND SPECTRUM features works for piano, soprano, and orchestra by composer Allen Bonde. Bonde draws from his personal experiences and feelings to craft beautiful pieces with a wide range of styles: Fantasia for Piano and Orchestra, a cohesive work cast in traditional harmony; Three Elizabethan Songs and Three Elizabethan Songs Revisited, a set of works blending simplicity and sophistication; Symphony No. 1, a kaleidoscopic orchestral piece with astounding instrumental color; Rose Window, a musical representation of the breathtaking Rose Window at Mount Holyoke Chapel; Sonus I, a 12-tonebased and freely composed piece in variation form; Four Shakespeare Songs, a fresh take on the Bard's work stylistically reflective of the 1920s; You Were The One, based on the sensitive poetry of Mary Jo Salter; and Encore Blues, a one-take improvised celebration of the recording sessions. Often performing the works himself as pianist, and in collaboration with the "Bonde Family," his oeuvres provide warmth, intimacy and compositional diversity with each piece.
Discover