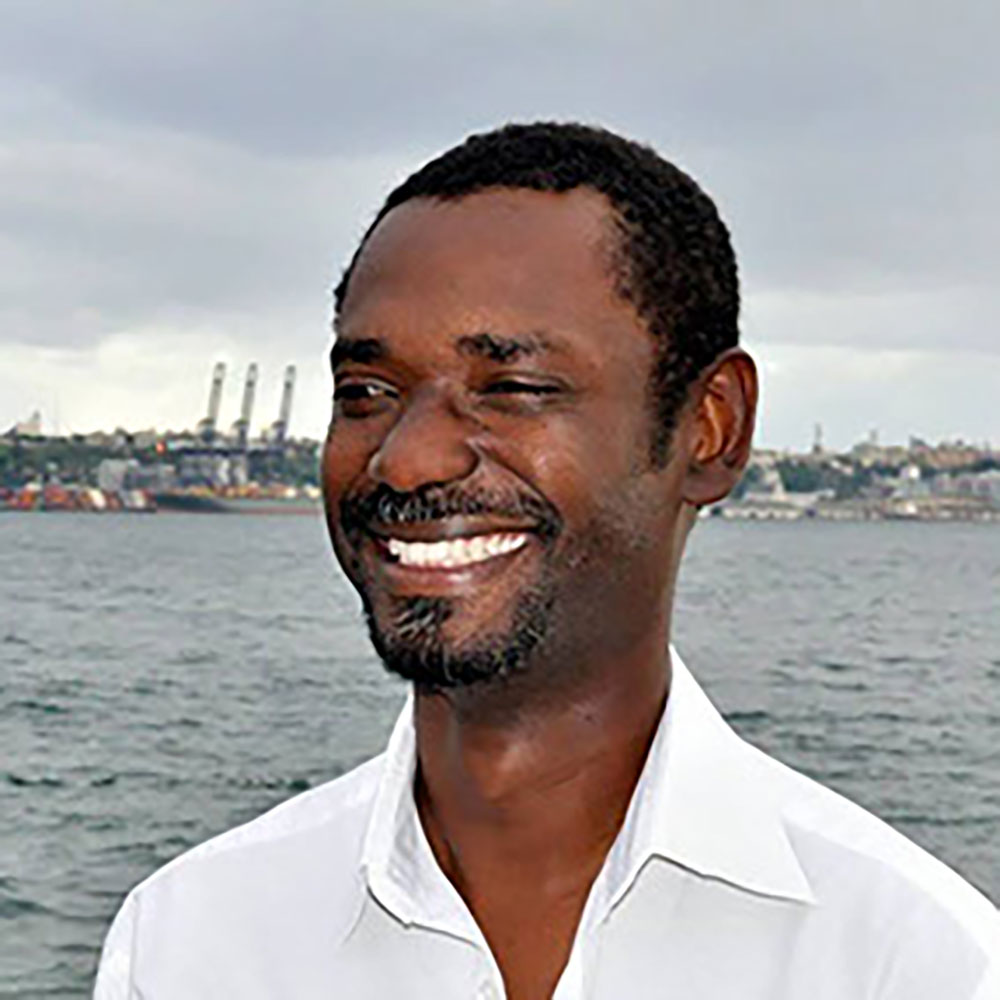 Amintas Angel Cardoso Santos Silva (b. 1977) is a composer, singer, songwriter, writer and diplomat whose passion is expressing himself through art, especially music. He refers to the radio, soundtracks of old Brazilian soap operas, and of course, his mother’s singing as his first musical experiences. He also mentions his father’s old school musical taste as an initial and permanent guidance.

At the age of 10, he started to participate in the choir of the traditional Convent and High School Nossa Senhora da Soledade (São Salvador da Bahia/Brazil). As a teenager, he began making up tunes on the acoustic guitar in order to find a way to release his feelings towards life and the Earth itself. Meanwhile studying Psychology in the Federal University of Bahia, he started to partake in teenager and adult choirs. Musical genres ranged from Bahia’s Brazilian and Latin American music to Broadway and Opera. Those experiences inspired him to start writing harmonies.

He has written more than 150 songs. He recorded and arranged an album of Brazilian music in 2015, and one year later, after the passing of his father, he started to write a Symphony in honor of his late dad. From this new experience came works for Orchestra, String Quartet and Trio of Celli, recently performed at the Osmose Festival in Belgium.

Currently, he lives in his hometown, São Salvador da Bahia. Starting on August 2021, he will move to Stockholm where he will keep working as a Diplomat.