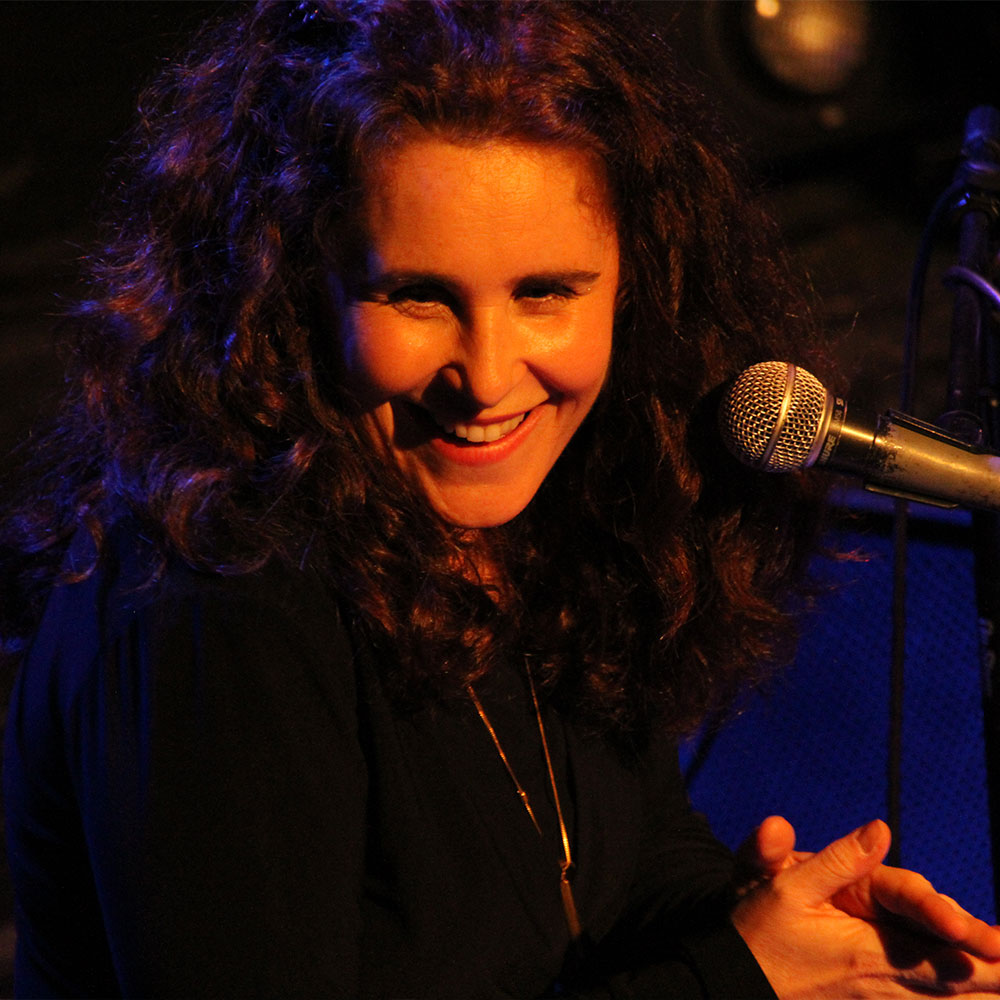 Israeli-born composer and singer/songwriter Ayala Asherov started writing songs at age 16. After serving in the IDF as an entertainer, she briefly pursued an acting career in theater, film, and television. She soon realized her passion was music, and she pursued and completed studies at the Rimon School of Music in Tel Aviv, followed by the Berklee College of Music in Boston where she received her Bachelor of Music Summa Cum Laude in composition and film scoring in 1998. She went on to receive her Masters in film scoring at the University of North Carolina School of the Arts in 2000. Asherov’s music ranges from songwriting to music in the concert hall, and to multimedia including film, museum exhibitions, and dance. She has underscored exhibits at the Jerusalem Theatre, the Boston Aquarium, and the Gesher Museum in Israel. Her original composition for solo cello, Yizkor (Remembrance) for Holocaust commemoration has been performed both in the United States and in Israel. Her songs are published and recorded by many celebrated Israeli artists.

Her best known song, lyrics and music, Along the Sea (Le’Orech Hayam), was recorded by Ofra Haza in 1994, and is one of the most recorded songs in modern Israeli musical history. Asherov released her debut CD, Crossing the River in 2007. In 2008 she performed her songs at the Piccolo Spoleto Music and Arts Festival in Charleston SC. In 2010 Asherov scored The Forgotten Founder and in 2011, The Baruchs of Hobcaw, both for the South Carolina ETV (PBS) documentary series Carolina Stories. Her trio, Three Rivers for clarinet, viola, and piano, was released on CLAVIATURES by Navona Records/PARMA Recordings in October 2011. In early 2012, she completed the score for an Israeli Educational Television six-part documentary series on the Israeli theatre entitled Second Act. She was commissioned by the Department of Theater and Dance at the College of Charleston to compose Elements, a suite of original dance compositions composed with the input of the dancers. In July 2012, her original composition, Prelude to a Kiss and a Dance was performed by the Clarinet Namaste Ensemble in Rome, Italy, accompanied by dancers from the University of Southern California, Irvine.

Asherov was a 2010 recipient of the Wild Acres Residency, winner of the 2011 Chamber Music Composition Award at the biennial Athena Music Festival for her flute trio Seasons, and winner of the ASCAPlus Award in 2011 and 2012. She was a 2012-2013 recipient of the South Carolina Film Commission Indie Grants Award for PencilPoint, an animated short film with orchestral score which she conceived and scored, whose animation was by Out of Our Minds Studios in Winston-Salem NC. She is the 2013 South Carolina MTA Commissioned Composer. Asherov once again performed as a singer songwriter on piano with the band Contraforce with her new original material at Piccolo Spoleto in Charleston SC in June 2013.

Asherov’s solo album for chamber works CYCLES OF THE MOON was released on Navona Records in September 2013 with seven new compositions of various instrumentations and performers from across the globe. Asherov won the 2013 South Carolina MTA Commissioned Composer for her piece Cherish and Protect (cello, piano, clarinet), which premiered later that year at the MTA state meeting in Greenville SC. In March of 2014, her piece Beh’Resheet (In the Beginning) for large chamber ensemble was premiered after being commissioned by Magnetic South, a collaborative program for new music between the Charleston Symphony Orchestra and the music school at the College of Charleston. Also in 2014, Asherov had launched her interactive educational program for inner city schools, Music Tells The StoryTM, with Communities in Schools the Addlestone Foundation, reaching out as a composer and a performer with Charleston Symphony Orchestra musicians to help young students in challenged public schools better understand literature and music. She continued the program in 2015 and 2016, receiving a grant from the SC Arts Commission for 2017. In late 2019 she produced the program with the Karev Fund in Ashdod, Israel. In 2015, Asherov released her English album Colors & Shapes as a singer songwriter with producer Mark Bryan from Hootie and the Blowfish, featuring some of Charleston’s finest musicians such as Quentin Baxter, Charlton Singleton, David Haywood, and Tom Bresnick.

In the summer of 2016, Asherov participated as a fellow at the Wyoming Music Fellowship with Composer in Residence Alex Shapiro, Program Director Composer Anne M. Guzzo, and others. Asherov’s piece Thoughts of Our Time, for string trio and a narrator, was premiered at the Wyoming Music Festival. In 2012–2017, Asherov taught songwriting at the College of Charleston. Asherov moved to Tel Aviv, Israel with her family late 2017. She then produced and performed her one woman show “Hitting the Keys” with all original songs followed by her latest album Hitting the Keys (2020). The album was supported by ACUM and the Israeli Office of Immigration. She composed music for two new shows at the Almina Theatre in Jafa, Wonder and Sea. In 2022 she completed a new original chamber opera for two performers and a five piece ensemble, David in Love, with acclaimed playwright and author Joshua Sobol. The 75 minute piece was premiered in February of 2022 at the Zavta Theatre in Tel Aviv.

She taught songwriting at the Jerusalem Music and Dance academy 2018-2022.

Asherov is a strong believer and an avid supporter of all types of collaborations.

Her music is published by Mix Meter Music.

Time And The Hour

Release Date: July 22, 2022
Catalog Number: NV6439
21st Century
Chamber
Cello
Flute
Piano
TIME AND THE HOUR from Israeli-born composer Ayala Asherov is a selection of chamber works tied together by the theme of the passing of time. Asherov’s acknowledgment of time moving us forward in constant motion is a significant piece of the composer’s compositional process, translated into her work with titles such as Seasons and Crystal Watch. This carefully curated collection of Asherov’s pieces commissioned and performed throughout the years provides a thorough taste of the composer’s communicative and powerful musical style.
Discover 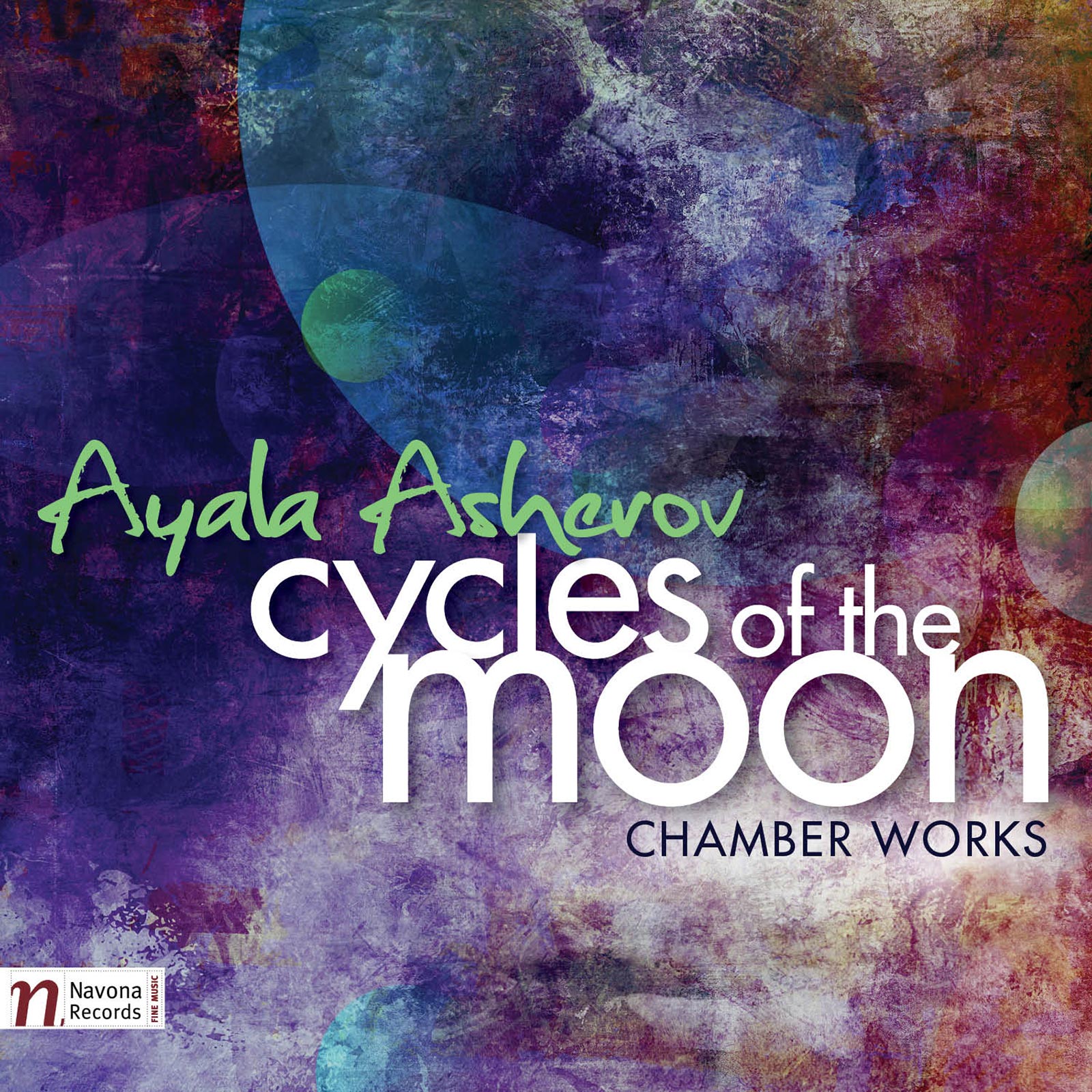 Cycles of The Moon

Release Date: September 1, 2013
Catalog Number: NV5928
21st Century
Chamber
Solo Instrumental
Cello
Piano
CYCLES OF THE MOON, the new release from composer Ayala Asherov, is a colorful and poignant cross-section of works from various cycles of the composer's life. As a native of Israel, Ms. Asherov's music is largely informed by Hebrew chamber music. The music is tonal and intended to be accessible, says Asherov, "I didn't want to write what I thought a listener would not want to hear. My guiding light-or should I say melody-is something one can hold on to while exercising the imagination."
Discover