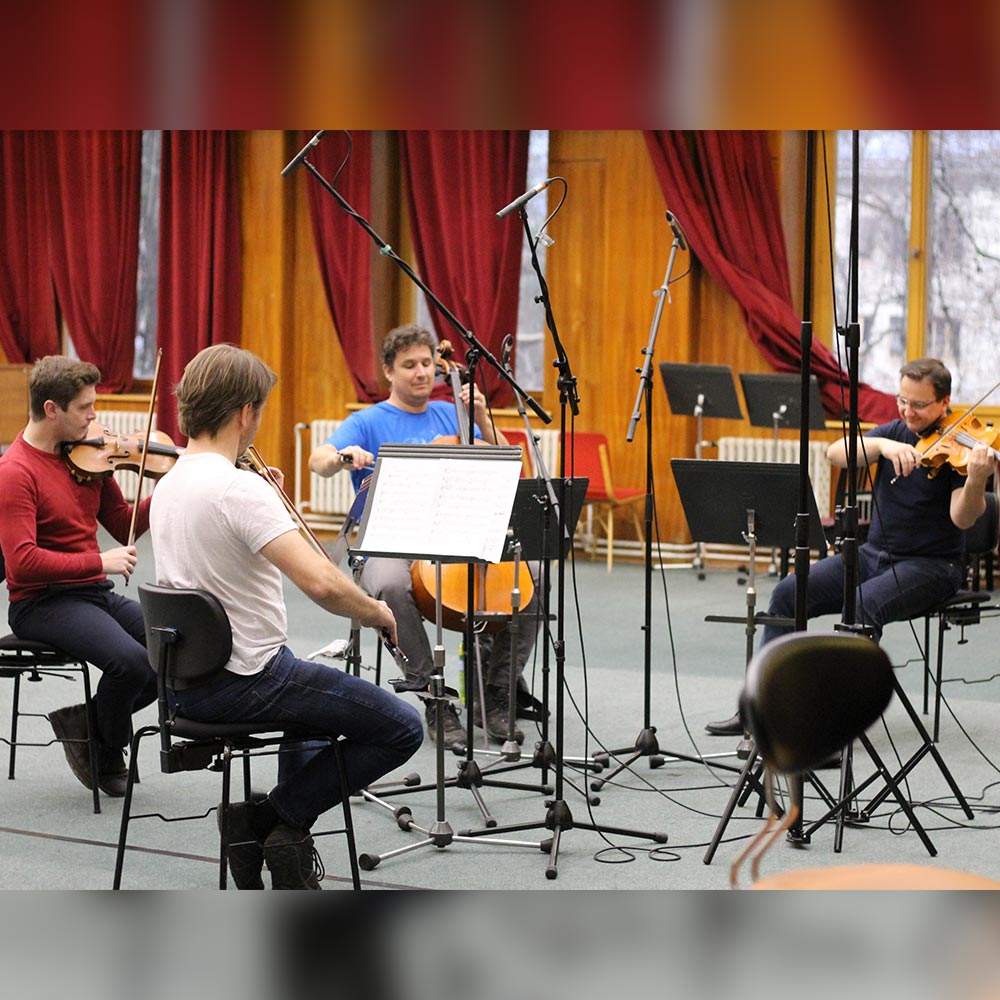 Since the Benda Quartet began performing in 2012, they have achieved a wide variety of musical successes and established themselves among highly respected Czech ensembles. Their first significant landmark was the concert debut they performed at the 60th Jubilee of the Janáček Philharmonic Orchestra in Ostrava in April 2014. The concert was recorded by Czech Radio and garnered widespread audience acclaim. Since then, their collaboration with the studio of Czech Radio continued on a regular basis and has resulted in a number of publicly acclaimed recordings. The Benda Quartet works intensively with the Janáček Philharmonic Orchestra as well as with Janáček’s May Agency, especially on numerous chamber music and educational projects. This successfully developing collaboration brought the Benda Quartet on stage of major festivals in the Czech republic such as International Music Festival of Leoš Janáček, CSKH (Czech Philharmonic Chamber Music Cycle), IMF Beethoven’s Hradec, Mahler’s Jihlava IMF, St. Wenceslas IMF, IMF of Peter Dvorský, Forfest Festival, and Creative Centre of Contemporary Music in Ostrava. The Benda Quartet successfully introduced themselves abroad in Poland and Hungary and received The Amber Prize of Moravian-Silesian region in 2019. 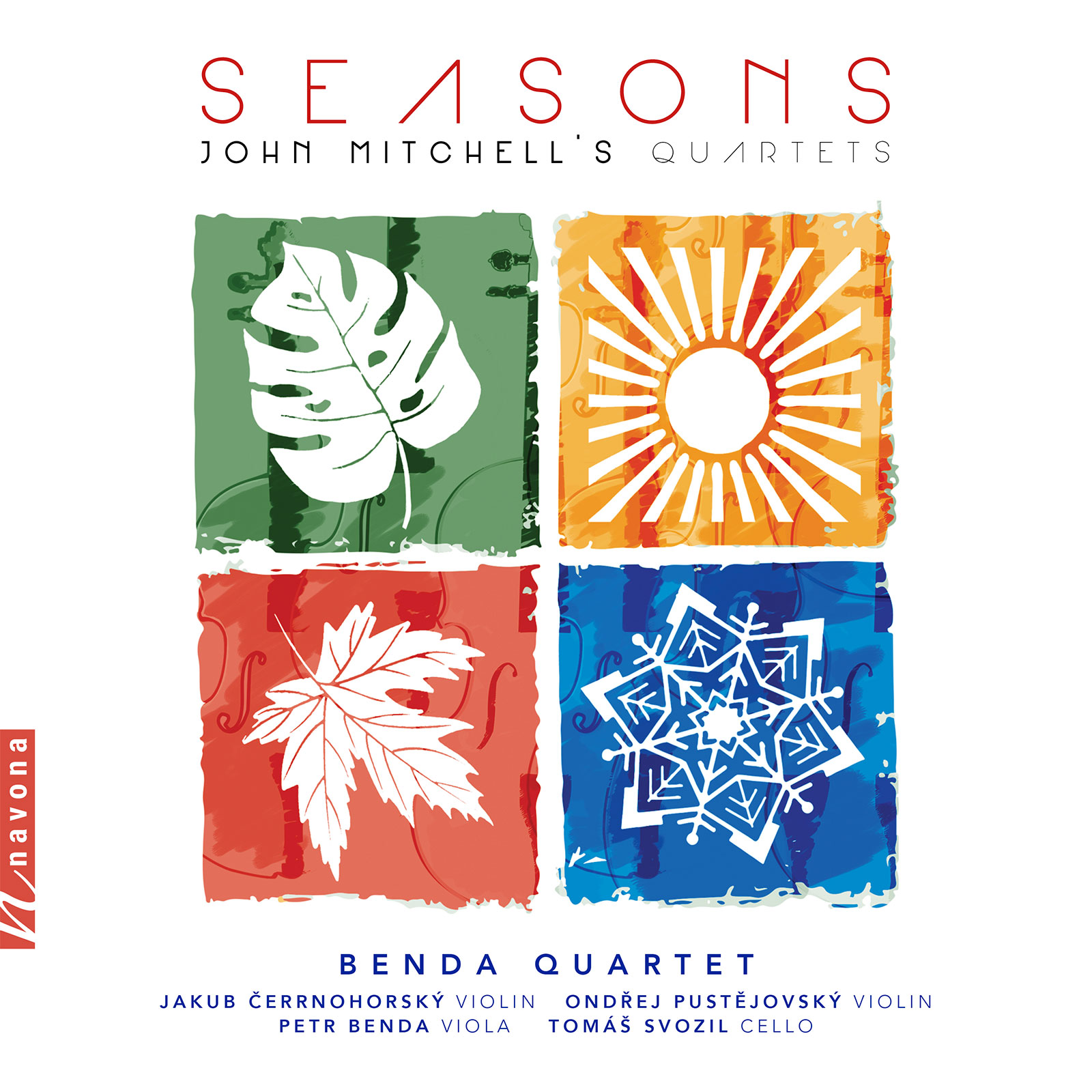 Release Date: February 4, 2022
Catalog Number: NV6407
21st Century
Chamber
String Quartet
Just as each season brings its own sensations and expressions, so does composer John Mitchell’s SEASONS from Navona Records. Performed by the award winning Benda Quartet, the compositions envelop the various characteristics and hallmarks of each time of year, capturing both their beauty and the emotions they evoke. Autumn exudes the subtle warmth left from summer, Winter brings suspenseful chills and flurries of notes, Spring, a shedding of winter coats, and Summer, a regal and relaxing musical soundscape, all conjured from a dynamic and expressive string quartet performance.
Discover