Born in Valencia, Venezuela in 1988 to Italian immigrants and moving to the United States at an early age, Carmine Miranda is an American cellist, international soloist, and recording artist. Carmine attended the University Of Cincinnati College-Conservatory of Music where he obtained a Bachelors, Masters, and Doctorate degrees. His performances and recordings have appeared in radio and TV stations all over the United States, Europe, Latin America, and Asia. An avid soloist and chamber musician, Carmine has received several awards, international recognition, and has performed in prominent music halls and festivals with orchestras, ensembles, and distinguished artists all over the world. At the age of twenty-two and twenty-three, Carmine recorded the Six Cello Suites by Johann Sebastian Bach and Alfredo Piatti’s 12 Caprices for Solo Cello, joining the ranks of the youngest in the world to record these entire works. 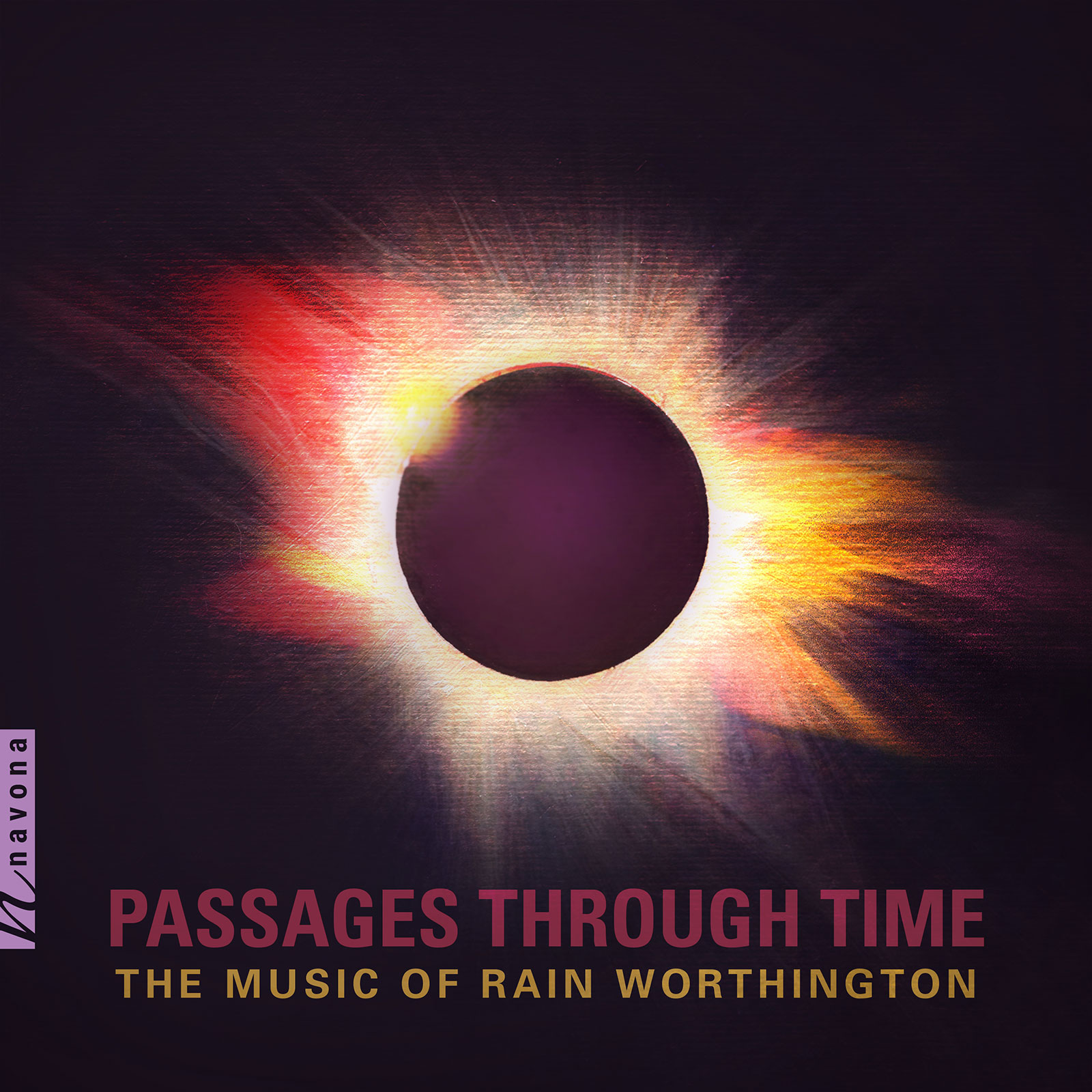 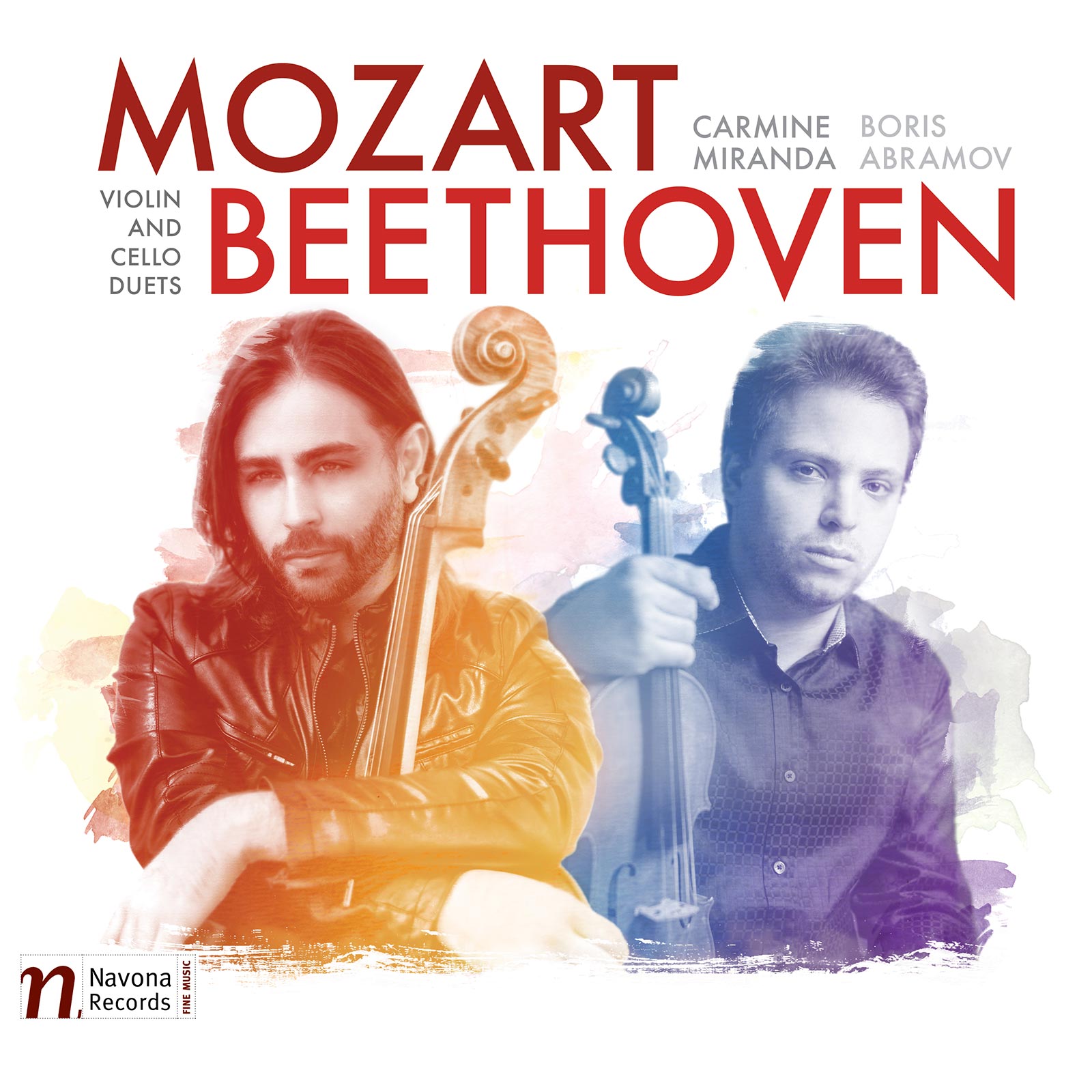 Release Date: November 10, 2017
Catalog Number: NV6118
Classical
Chamber
Cello
Violin
Award winning cellist Carmine Miranda and violinist Boris Abramov’s new Navona release Mozart / Beethoven: Violin and Cello Duets is an intimate gem of delightful chamber music from the Classical Period. Drawn from various duos by Beethoven and Mozart, this album is substantive, and showcases a wide stylistic breadth of late eighteenth century German instrumental music, from the sumptuous levity of the divertimento, to the full brilliance of sonata form. In this recording both performers balance concepts of classical performance, musical research and virtuosic dexterity combined with a high-definition audio engineering in order to create the most realistic sound and definitive version of these works.
Discover 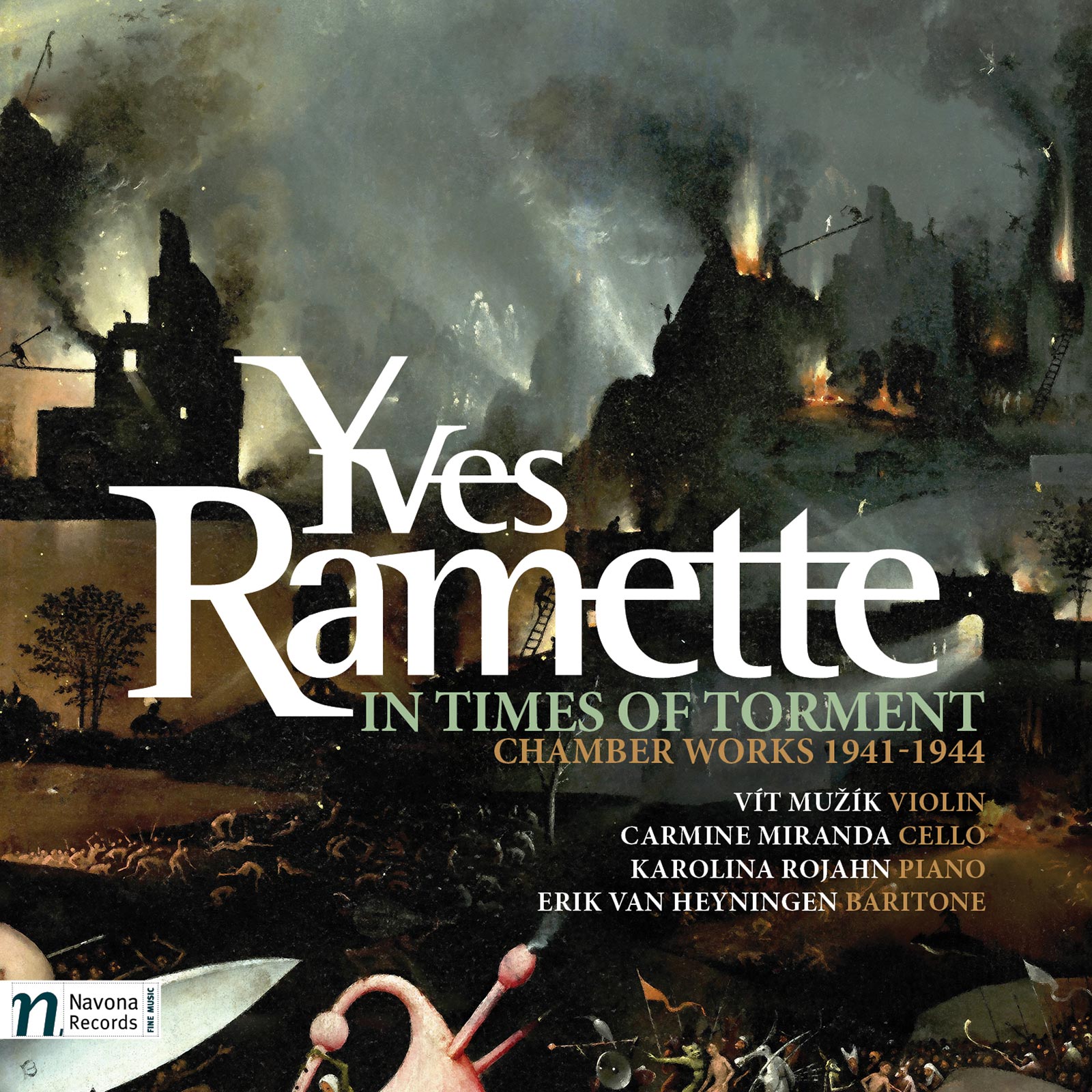 Release Date: April 8, 2016
Catalog Number: NV6035
21st Century
Chamber
Cello
String Quartet
Violin
IN TIMES OF TORMENT, from the late composer Yves Ramette (1921-2012), displays major themes from almost every single musical era. Composed from 1941-1944 in Paris during the Nazi occupation, the album presents a unique perspective from Ramette, breaking away from the virtuosic piano works found in his previous albums to showcase varying chamber ensembles. Although his sonatas were written for the virtuosic violin and cello, the piano continues to be highlighted throughout his pieces, making it more than an accompaniment, but rather a featured instrument.
Discover 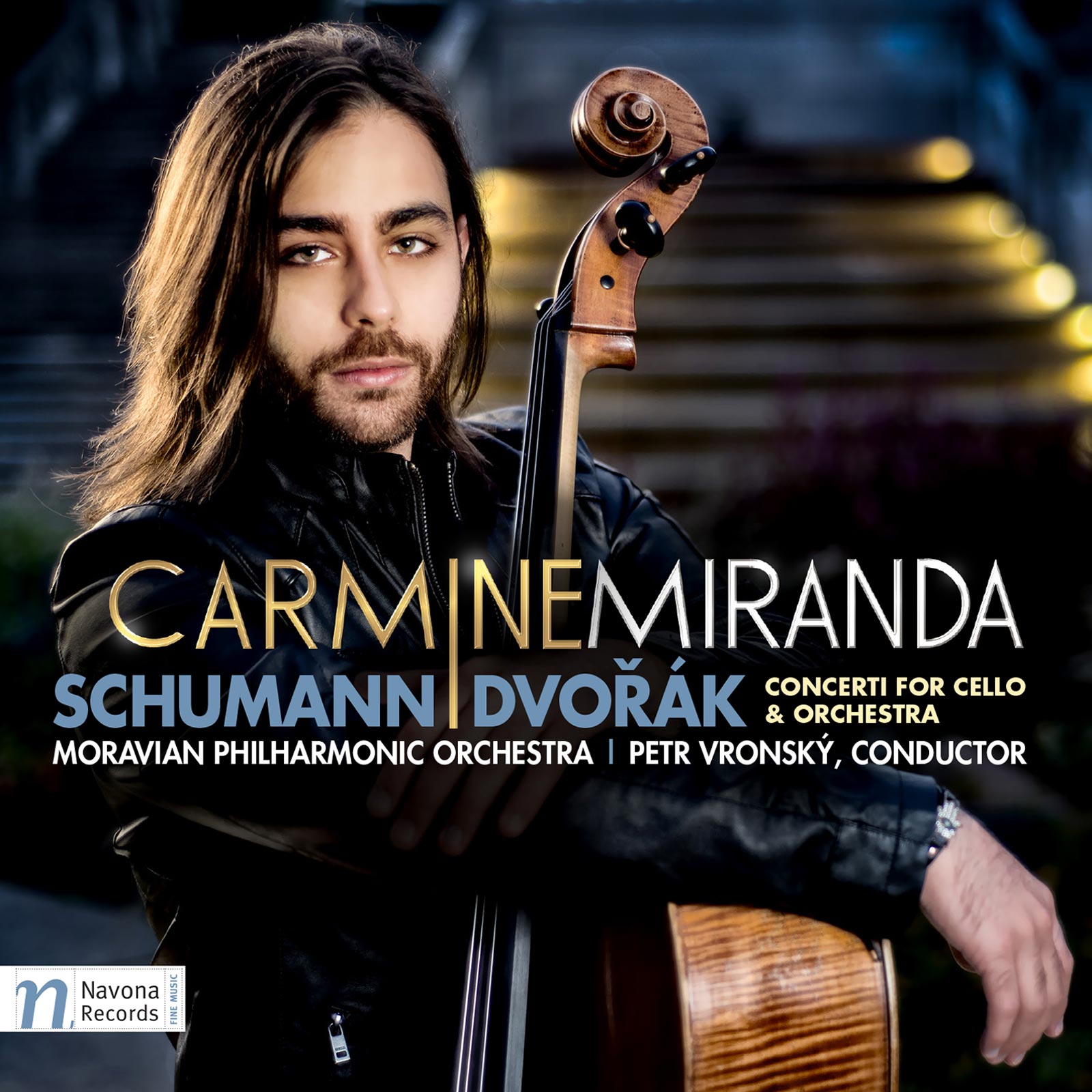 Release Date: June 10, 2016
Catalog Number: NV6034
20th Century
Concertos
Cello
Orchestra
Composed almost 50 years apart, Dvořák’s Cello Concerto in B Minor (1895) and Schumann’s Cello Concerto (1850) are closely linked in the pantheon of Romantic concerto literature.  Cellists of many generations have long looked at both of these pieces as essential components in their artistic development, and each has been recorded many times over by the titans of the instrument to showcase their technical mastery.
Discover 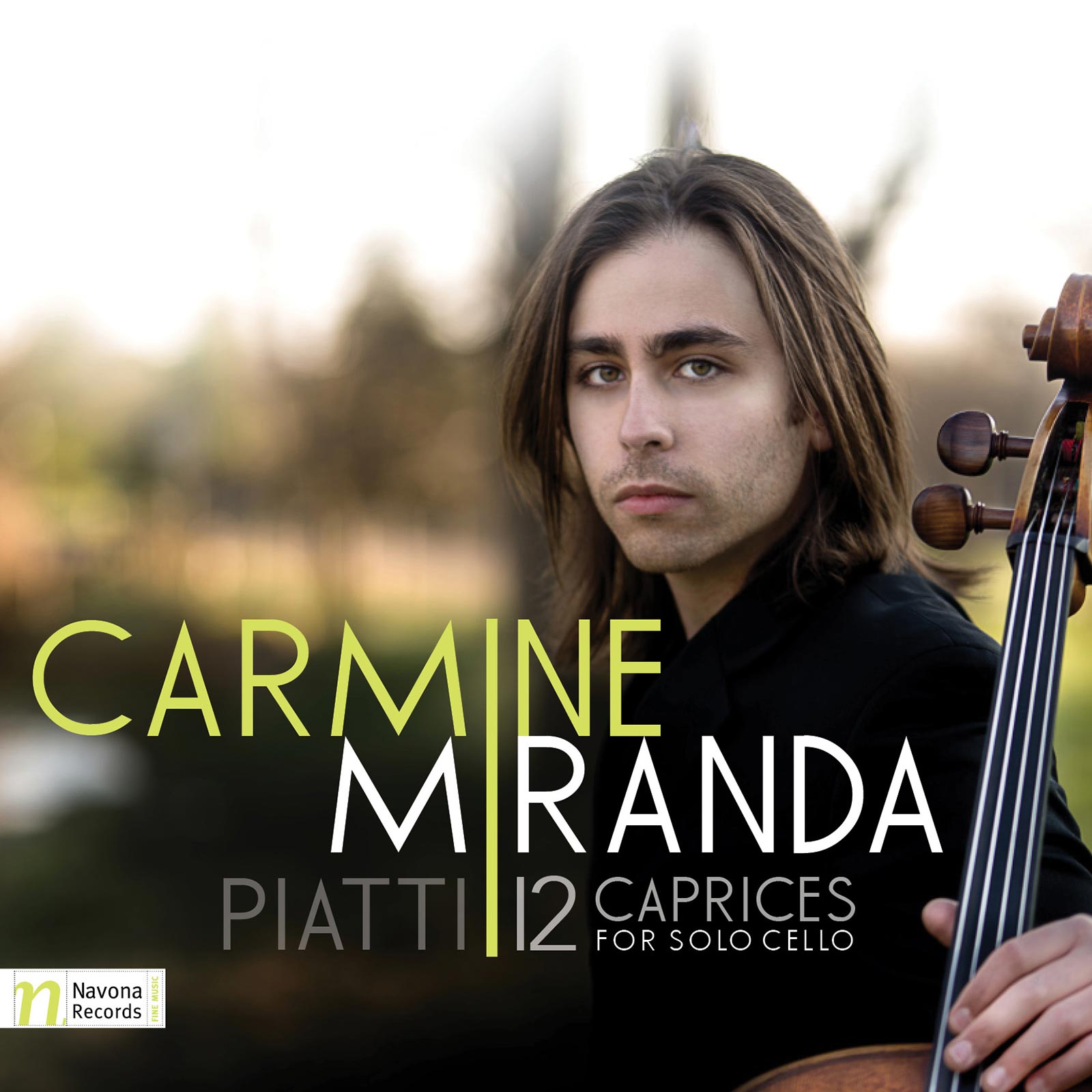