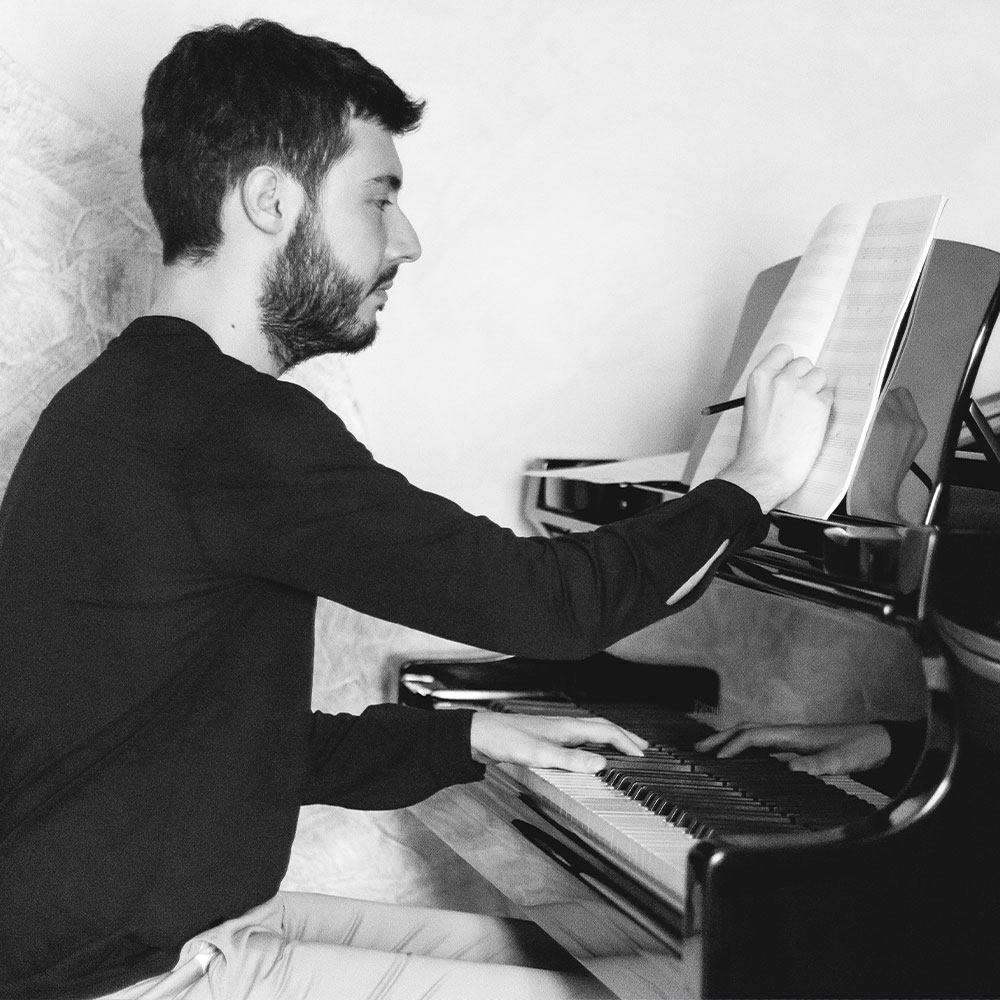 An Italian native, Christian Paterniti graduated in piano with honors under the guidance of Caterina del Campo at the Arcangelo Corelli Conservatoire in Messina, Italy. Under Gaetano Indaco, he obtained a degree in piano and recommendation to publish his dissertation on Traité historique d’analisé harmonique (1982) by the composer and musicologist Jacques Chailley.

In 2009, Paterniti started to study composition under Carmelo Chillemi, and under his guidance in 2019 he graduated in composition.

Along with his formal studies, he attended masterclasses and studied with eminent masters like Leonid Margarius, Vincenzo Pavone, Giuseppe Andaloro, Mattia Ometto, Maria Federica Righini, Pierluigi Camicia, Roberto Cappello, and Leslie Howard. He took part in several seminars: in July 2016 with the Oscar-winning John Corigliano on music architecture; in October 2019 with Paolo Vivaldi on picture sound; and from June to October 2020 he was admitted to a musical composition course with Mauro Bonifacio and Azio Corghi to the Accademia Filarmonica di Bologna. In 2020 he was admitted to the Accademia Nazionale di Santa Cecilia in Rome in the class of Ivan Fedele.

He has won first prizes in piano, chamber music, and composition. His music was selected in a PARMA Recordings Call for Scores.

As a composer, he has likewise obtained awards and acknowledgements, as well as in Italy, in Wien, Athens, New York, Seattle, North Hampton, Saint Petersburg, Busan (South Korea), São Paulo.

He performed as a solo pianist and a solo organist and accompanist. He has also played in chamber orchestras, band formations, and other ensembles.