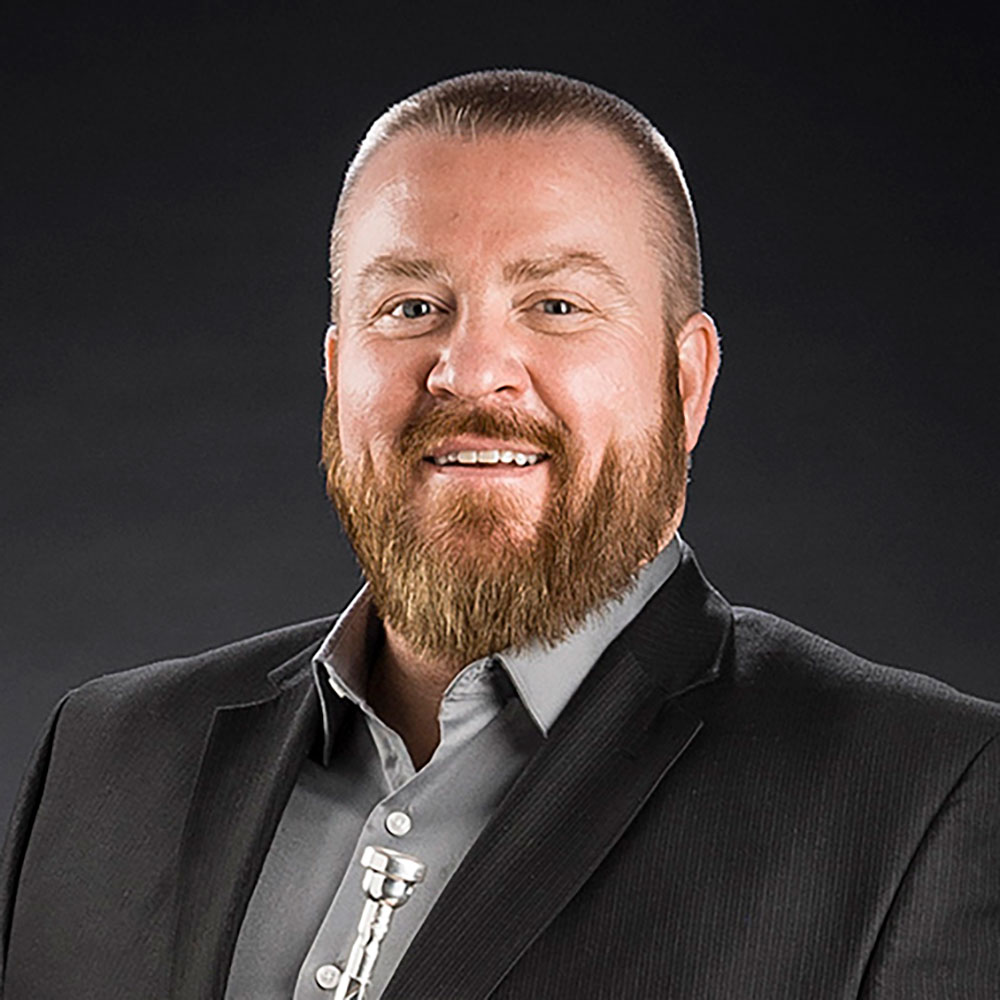 Zehringer received his Master of Music degree in Performance and Literature from the Eastman School of Music, as well as a Bachelor of Music in Music Education from Bowling Green State University. While at Eastman, he served as Principal Trumpet of the world famous Eastman Wind Ensemble, and completed a critically acclaimed tour of Japan with the same group. Currently ABD, he is near completion of the DMA in Trumpet Performance from the University of Cincinnati College-Conservatory of Music.

Zehringer is in demand as guest clinician and solo performing artist. In January of 2013 and 2015, he presented master classes in Athens and Thessaloniki, Greece as part of the “Exploring Trumpet in Greece,” Collegiate Trumpet Symposium. Zehringer has been a featured soloist with the Springfield and Middletown Symphony Orchestras, and has presented master classes and recitals abroad in Italy, Japan, China, Australia, Canada and Greece.