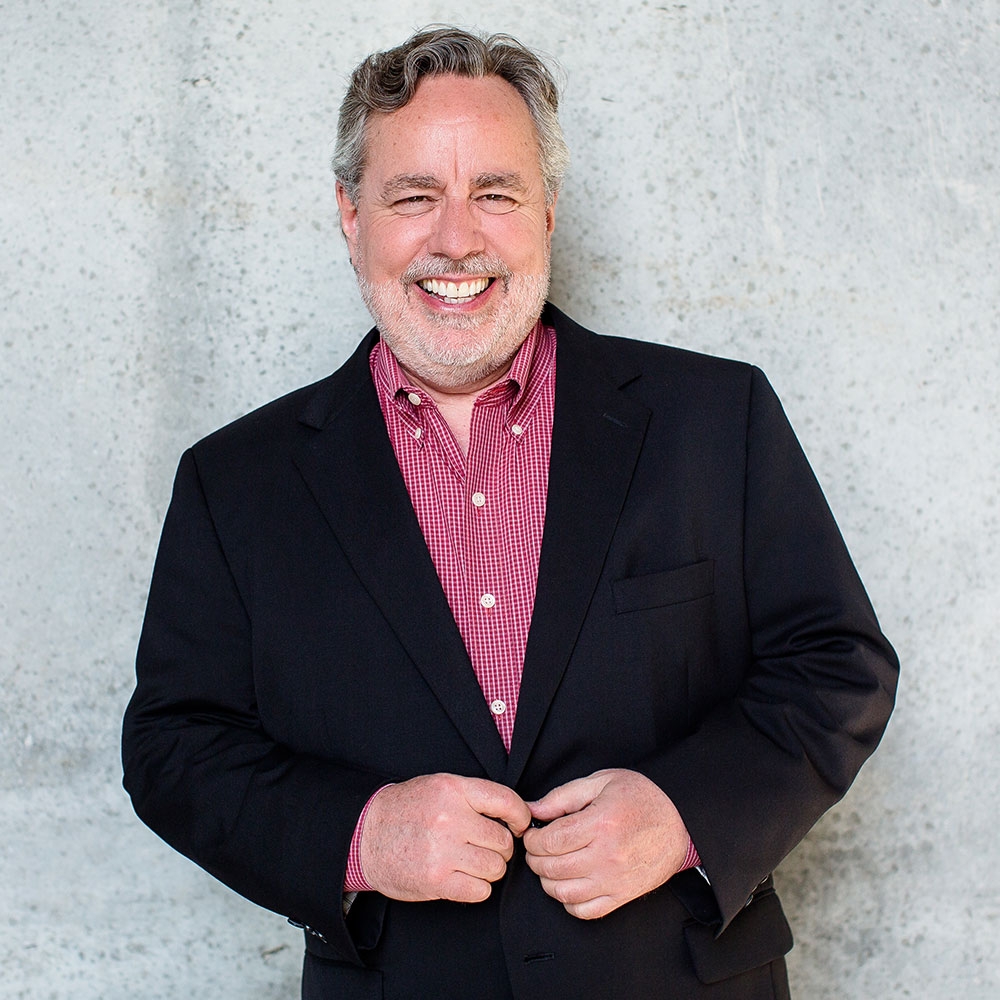 David Colson is an American educator, administrator, percussionist, conductor, and composer of classical music. He is Professor of Music at Western Michigan University (WMU) where he teaches composition and music theory and leads the new music ensemble, Birds on a Wire. He served as Director of the School of Music from 2007 to 2014 and Director of the Gwen Frostic School of Art at WMU from 2017 to 2021. He came to WMU from California State University–Chico, where he taught composition and music theory, chaired the Department of Music, and was the David W. and Helen E.F. Lantis University Professor, the university’s first endowed professorship.

Compositions by Colson have been performed in Europe, Russia, and the United States. His works are recorded on Navona Records, Centaur, Summit Records, MMC Recordings, and Red Mark, and are published by Avera Music Press and McCoy’s Horn Library. Colson’s recent commissions and performances include Dionysian Mysteries for the Capitol Quartet, premiered at the 2019 International Saxophone Symposium; RISE, a micro-concerto written for pianist Lori Sims and the percussion quartet Clocks in Motion Percussion; Ghost Music for solo marimbist Matthew Coley; Transcendental Preludes performed by pianist Lori Sims at the 2016 Gilmore International Keyboard Festival; The Better Angels of Our Nature commissioned for the Western Brass Quintet’s fiftieth anniversary; String Trio No.1: Zazen composed for the Concordia String Trio; and Cat Tales, for soprano saxophone, alto saxophone, and piano.

Colson has performed extensively as a conductor. From 1994 to 2000 he was music director and conductor of the Chico Symphony Orchestra, where he led orchestral, oratorio, and operatic performances. He was resident conductor for university orchestras at Rice University, directing performances of works by graduate student composers, concerto competition winners, and an annual youth concert. He was music director for the Campanile Orchestra at Rice. He has also been a conductor for The Colorado College Summer Music Festival in addition to being a guest conductor for numerous orchestras in Texas, northern California, and Oregon. He conducted a recording for Bridge Records of Crumb’s Ancient Voices of Children, which was nominated for a 2005 Grammy® Award for Best Small Ensemble Performance.

As a percussionist, Colson has been a concerto soloist and a chamber and orchestral musician. He was a member of the Toledo Symphony Orchestra and the Northwood Orchestra, and has performed with many other professional orchestras including the Houston Symphony, the Houston Ballet, the American Ballet Theatre, and the Sacramento Symphony orchestras. With the piano duo Quattro Mani, he recorded George Crumb’s Makrokosmos III: Music for a Summer Evening and Poul Ruder’s De Profundis for Bridge Records. Colson also recorded Crumb’s complete song cycle Madrigals (Books I–IV) with soprano Tony Arnold and Idyll for the Misbegotten with flutist Rachel Rudich, both for Bridge Records. In May 2007, Bridge Records released a CD including Bartók’s Concerto for Two Pianos, Percussion and Orchestra, and Milhaud’s Second Concerto for Two Pianos and Percussion with Colson as a featured percussionist. Colson’s performances have also been recorded on New World Records, MMC Recordings, and Innova. 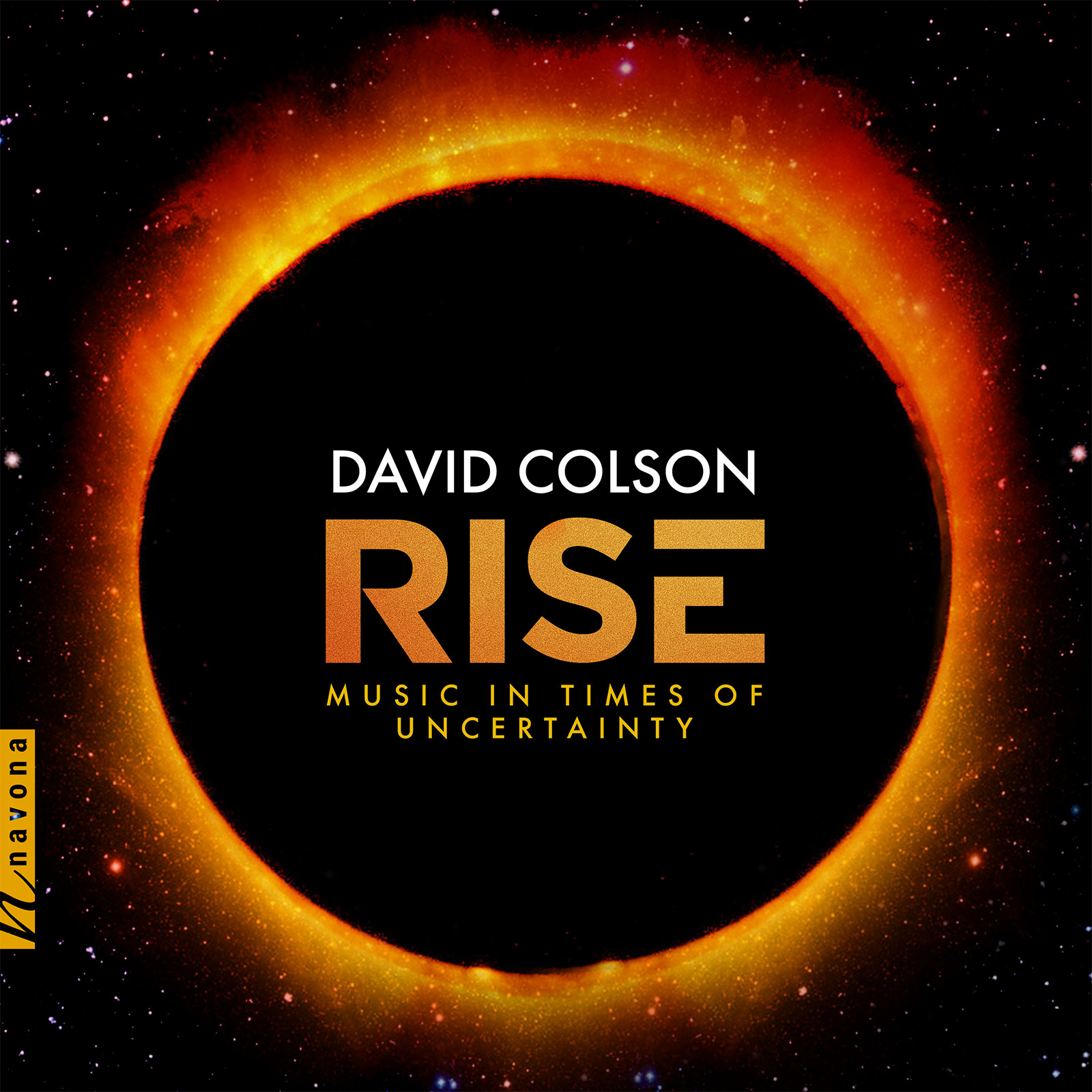 Release Date: April 22, 2022
Catalog Number: NV6416
21st Century
Chamber
Large Ensemble
Percussion
Saxophone
On RISE: MUSIC IN TIMES OF UNCERTAINTY, composer David Colson employs conventional and innovative chamber combinations alike to express a wide array of emotional content. Drawing upon years of experience as a performer, conductor, and composer, his command over the music and ability to adapt is present on each piece. How We Change for brass quintet pays homage to a dear friend with quick-changing tempos and unequal phrases, which represent the flood of emotions caused by sudden loss. The Wind Is Rising, the Earth lets itself be inhaled for bassoon and percussion, simultaneously primitive and cosmic, calls for respect for the earth. The micro-concerto RISE for piano and percussion quartet highlights various percussion elements to emphasize the performers’ skill and versatility. Finally, Dionysian Mysteries, composed freeform with minimal methodology, allows the saxophone quartet to plumb the depths of their instruments’ capabilities to render raw, emotional sound.
Discover