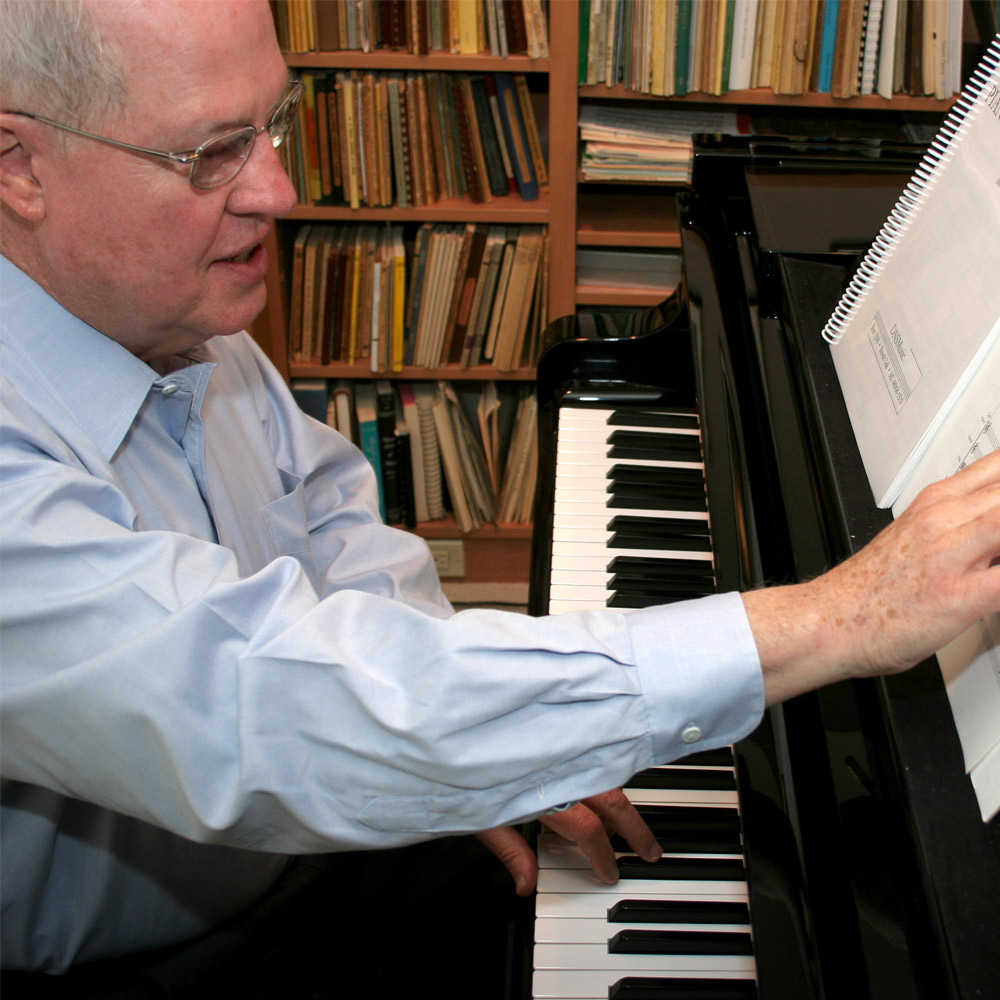 His music is solid in construction, imaginative in concept, and skillful in orchestration.  It appeals to audience and musicians alike.”  -Dr. David Daniels, Music Director Emeritus, Warren Symphony Orchestra

David Stewart was born 1941, in Miami FL, and earned a B.Mus. degree from Oberlin College Conservatory of Music, 1965, and a M.A. degree from Smith College, 1969.  His principal teachers were Bower Murphy, William Klenz, Joseph Wood, Walter Aschaffenburg, and Alvin Etler in composition; David Pizarro on organ; Arthur Dann on piano, all of blessed memory.

Stewart is a composer, pianist, and organist.  His career began in academia and migrated into computer technology from 1979 onward.  His style of composing also changed as he pursued a new occupation.

From 1969 to 1979, he taught music theory, composition, and electronic music at Eastern Michigan University and then Kent State University.  His style of composition during this period was twelve-tone and aleatoric.  Living in Ohio from 1975 to 1985, he was a member of the Cleveland Composers Guild which provided many performances of his chamber music.  In these early years he won several prizes for his chamber music.

A self-taught computer programmer, he began studying computer-generated sound in 1969.  He produced electronic music both by Moog synthesizer and by computer using the seminal MUSIC4 program on Digital Equipment Corporation PDP-11’s.

From 1979 until retirement in 2013, Stewart worked as a computer systems professional. Having been a church musician most of his adult life, he is currently organist at St. Luke’s Episcopal Church in Ferndale MI.

After leaving academia, Stewart’s aesthetic changed.  He wanted to write more spontaneously the sounds from his imagination–music that was accessible to the performer and audience, while maintaining his stylistic integrity.  He became more tonal yet still used twelve-tone and aleatoric techniques when justified.

Stewart believes that leaving academia for the business world was a great benefit to his art.  Music is the business of entertaining.  The composer must satisfy, even delight, the paying audience.  His compositions connect with the listener’s ear and heart. 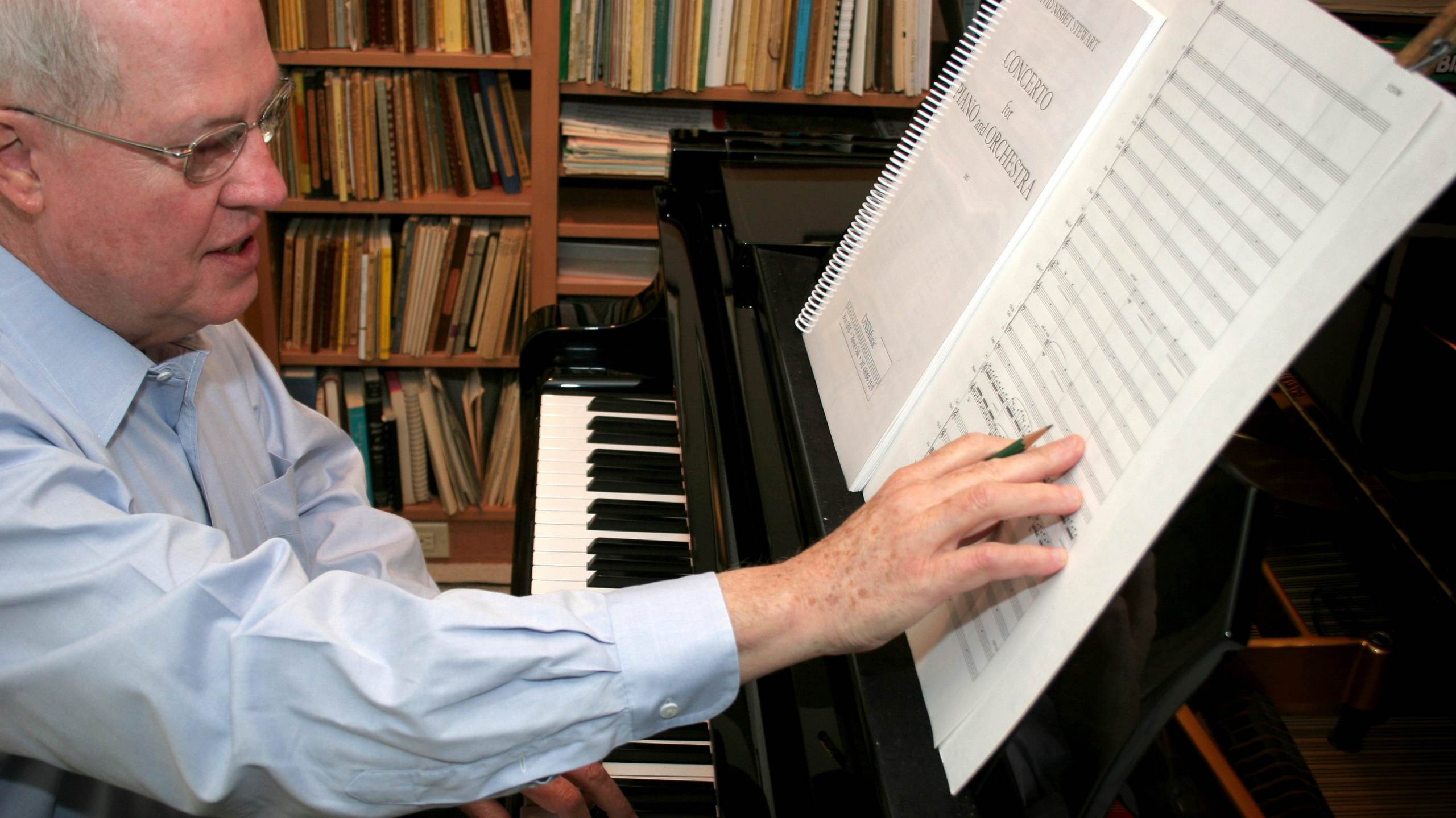 THE INSIDE STORY: David Nisbet Stewart and MOTO BELLO 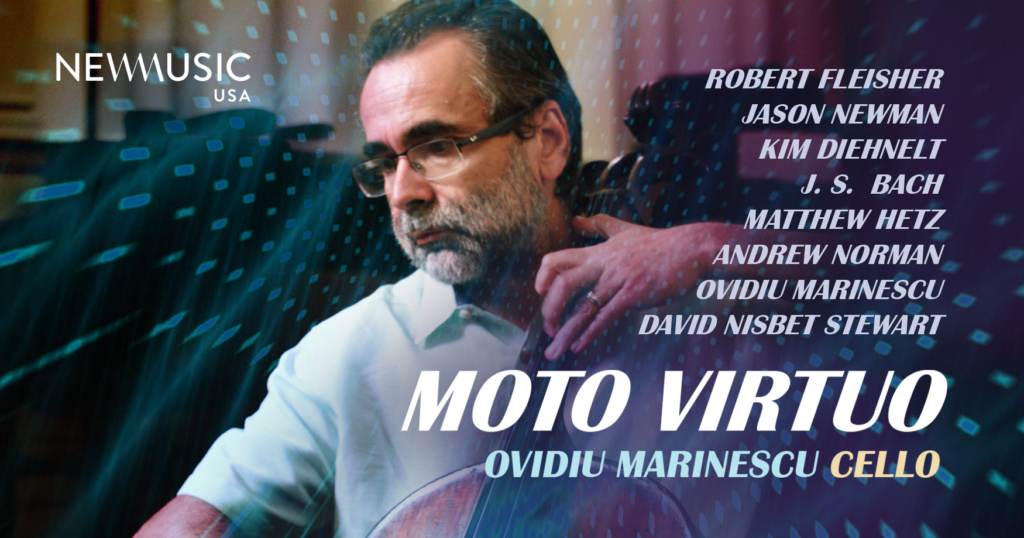 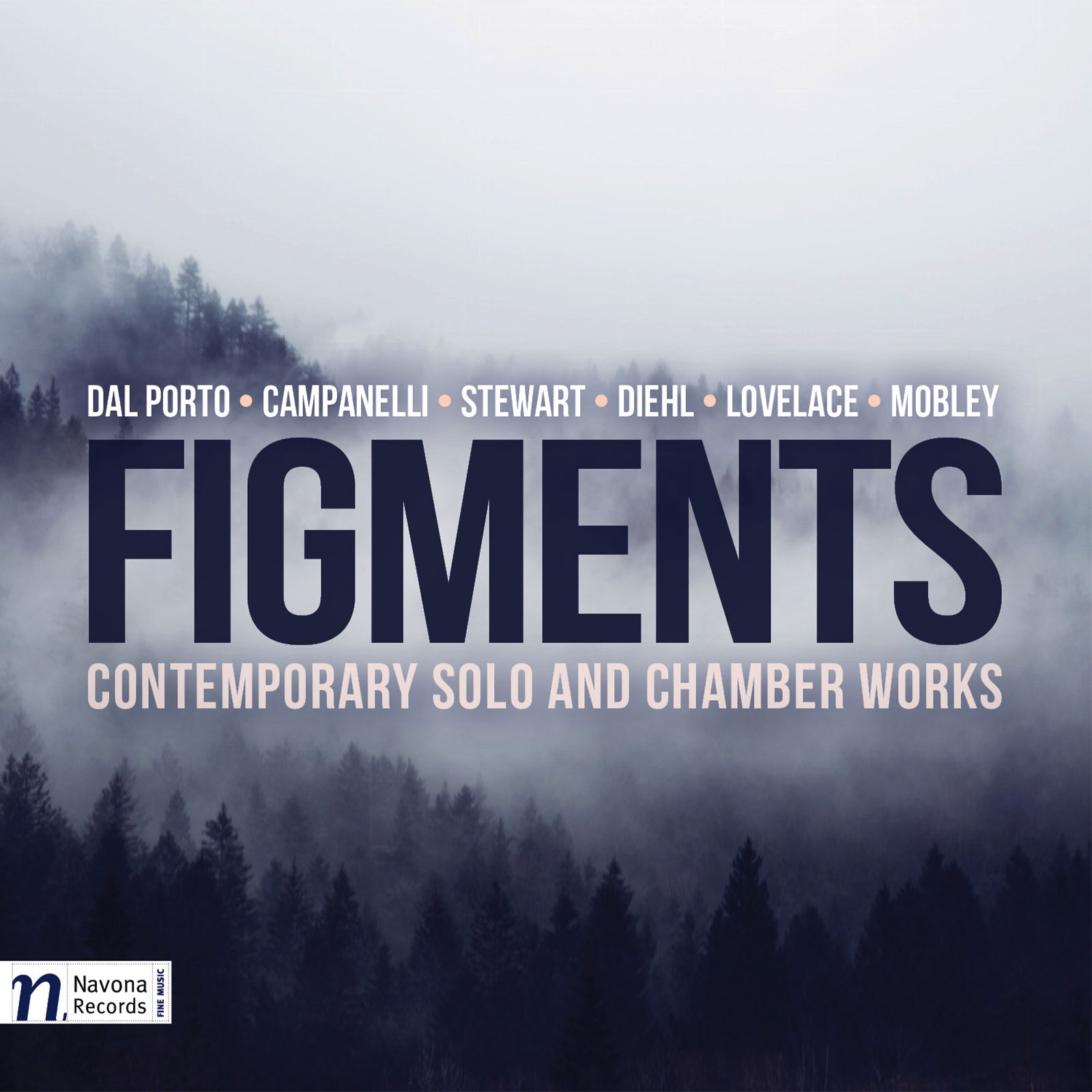 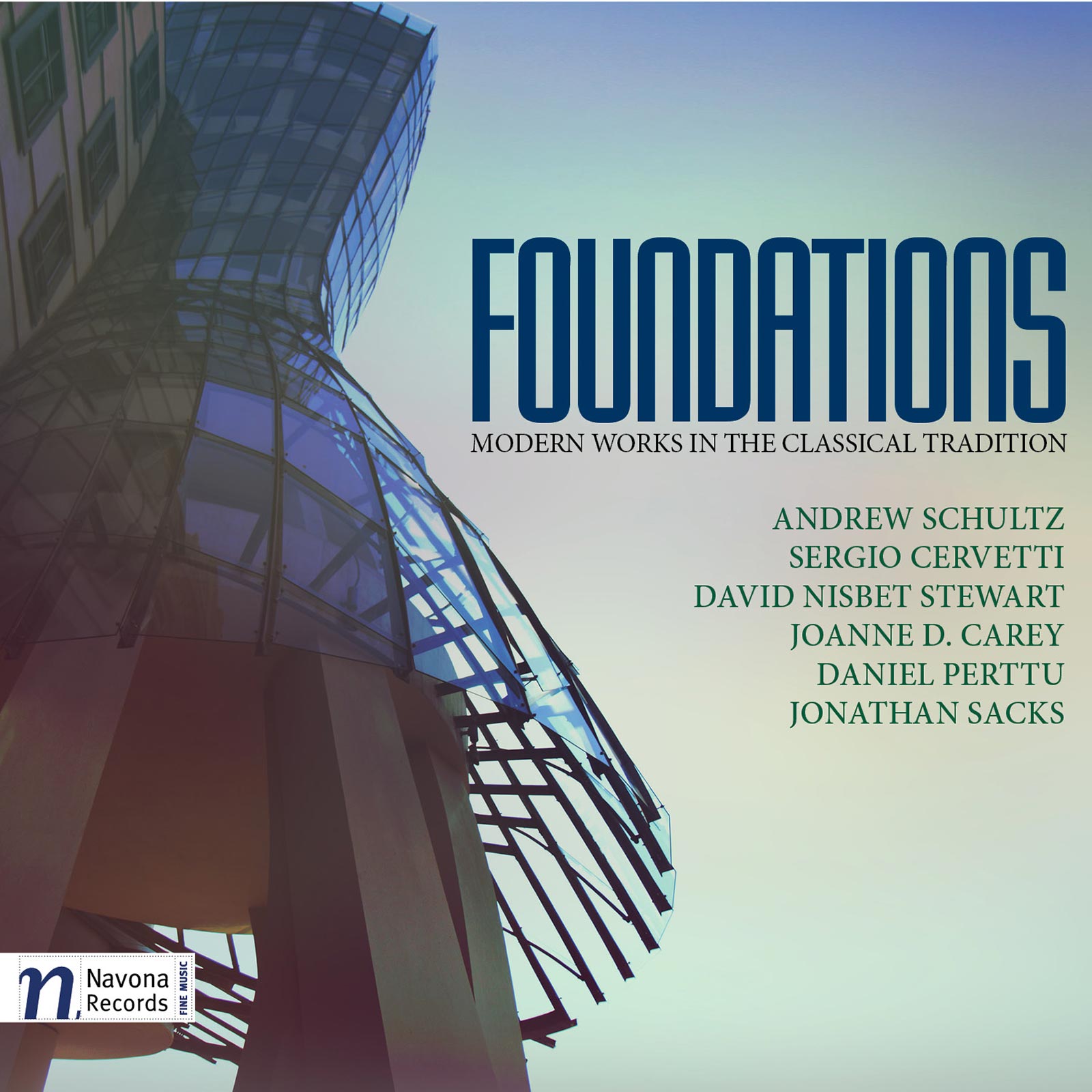 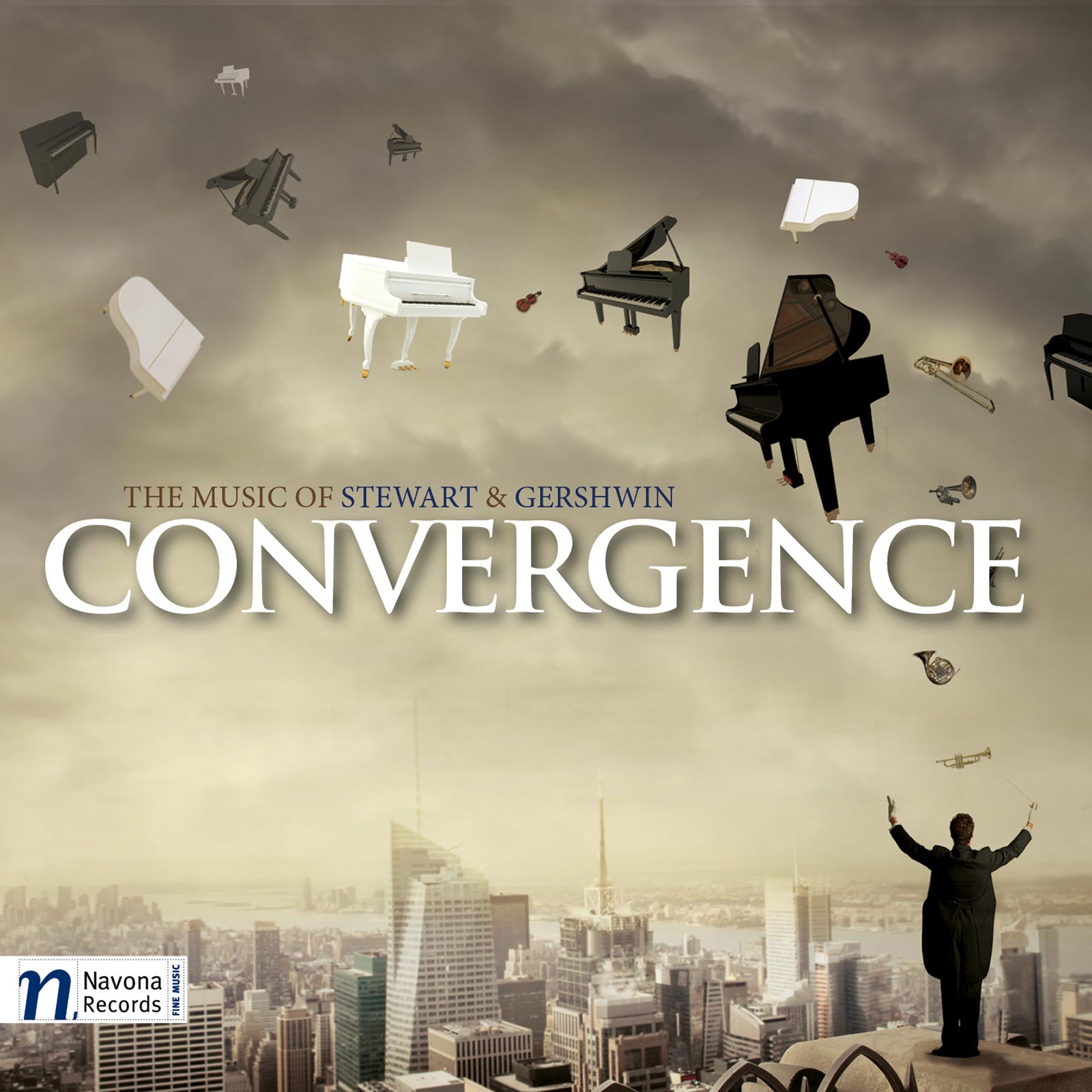 Release Date: November 1, 2012
Catalog Number: NV5892
20th Century
Concertos
Orchestral
Orchestra
Piano
Wind Ensemble
Observing the landscape of contemporary classical, one might assume that the art music community has shifted its focus away from the melodic, harmonious, and accessible. CONVERGENCE, an album of works by David Nisbet Stewart and George Gershwin, presents just the opposite: imaginative, expressive works that appeal to performers and audiences alike.
Discover