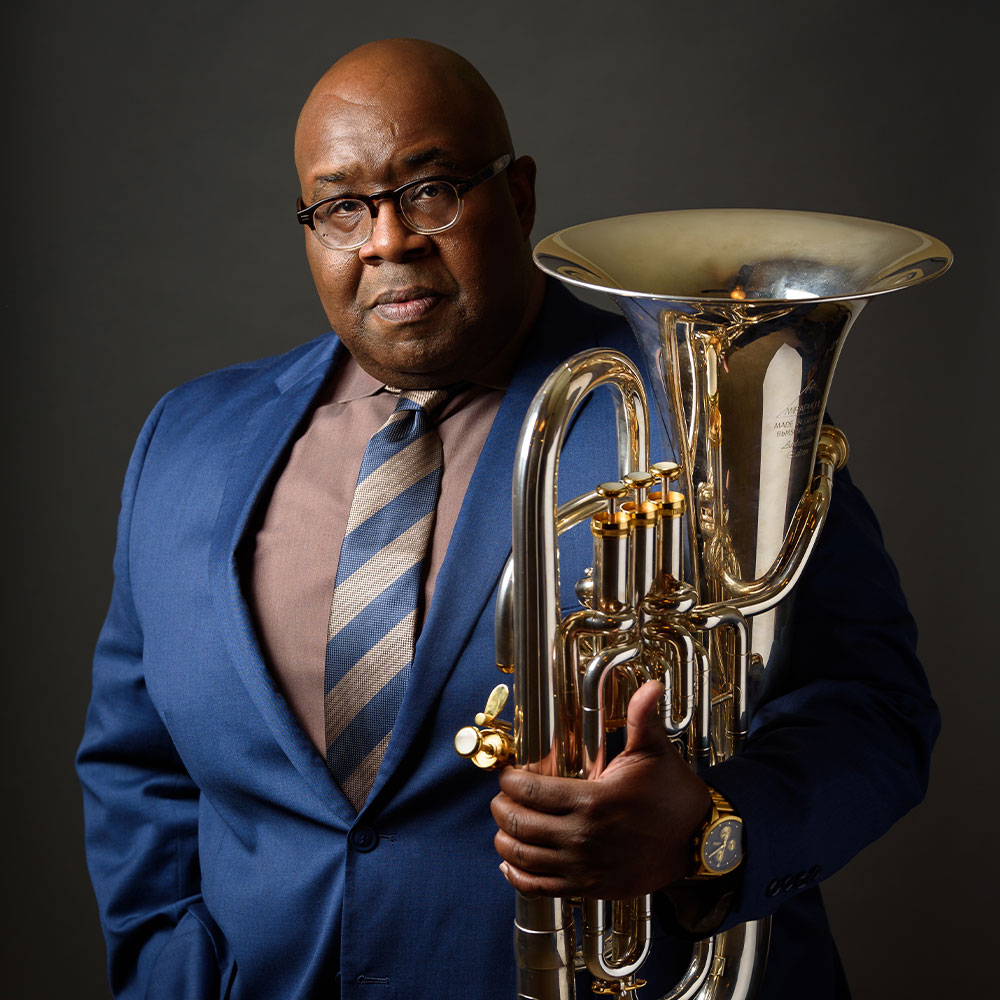 "He has enviable technical skills and always plays with heartfelt expression"

Over the last 20 years Demondrae Thurman has established a worldwide reputation through his varied experiences as a euphonium soloist, educator, chamber musician, and conductor. He has given performances in Canada, Hungary, Japan, Hong Kong, Germany, France, Spain, Taiwan, Macau, Norway, China, Italy, Austria, England, Wales, and throughout the United States. Thurman is a frequently invited guest at many of the world’s most noted festivals and conferences for Low brass including the International Euphonium Tuba Conference, the United States Army Band Tuba Euphonium Workshop, and the Leonard Falcone International Solo Competition.

Thurman is known for his signature sound and overt musicality. Maestro Gerard Schwarz, Music Director of the Eastern Music Festival and the All-Star Orchestra says, “When he plays, he’s speaking his own euphonium language, part singer, tenor and baritone, and part remarkable brass player. He sings on his instrument and reaches everyone in his audience. His technique seems flawless and his phrasing is remarkable.” As an advocate of new music, Thurman has commissioned or premiered several works for euphonium including In Memorium for Euphonium and Band by Gerard Schwarz, the Heritage Concerto for Euphonium and Band by Anthony Barfield, Fantasy for Euphonium Orchestra by Doug Bristol, and Soliloquies for Unaccompanied Euphonium by John Stevens.

Thurman is often given the opportunity to perform repertoire that calls for euphonium and bass trumpet. He has performed with many of the finest orchestras in the United States including the Atlanta Symphony, Jacksonville Symphony, Sarasota Orchestra, Naples Philharmonic, Oregon Symphony, Eastern Music Festival Orchestra, Philadelphia Orchestra, as well as the 2016 summer season with the New Philharmonic under the leadership of Maestro Alan Gilbert. Anu Tali, Music Director of the Sarasota Orchestra and the Nordic Symphony Orchestra says, “Demondrae’s warm sound combined with artistic flexibility is every orchestra’s and conductor’s dream.” Thurman has performed under the baton of Yannick Seget Zegun, Edo de Waart, Donald Runnicles, Robert Spano, Gerald Schwarz, Andrew Litton, and Carlos Kalmar. Thurman also plays baritone horn in the Brass Band of Battle Creek, an all-star brass and percussion ensemble.

Chamber music is an integral component of Thurman’s career. Has performed on euphonium and trombone with the Philadelphia Big Brass, Proteus 7, Dallas Brass, and the Youngblood Brass Band—but his most celebrated collaboration is as first euphonium with the Sotto Voce Quartet. Sotto Voce is responsible for changing the direction and perception of the tuba-euphonium quartet. Noted for its performance of “in-house” compositions and arrangements, mostly by tubist and composer Mike Forbes, Sotto Voce has overcome the “omm-pah” implications that come with low brass instruments. Edward Forstman of Arts Bham writes, “… the players summoned tones that would have sounded right for string instruments or vocal ensembles.”  In addition to playing concerts as a part of major concert series and in university settings, live performances are frequently heard on American Public Media’s Performance Today.

Thurman has released three solo recordings, all of which have received stellar reviews. His latest album, Snapshots, received the Silver Medal for Best Album by Global Music Awards. The Sotto Voce quartet has four studio recordings in addition to a live performance recording from the Midwest Band and Orchestra Clinic, the most prominent music educators conference in the United States. Thurman can also be heard on recordings with the Temptations, Atlanta Symphony Orchestra, Brass Band of Battle Creek, Saint Louis Lows Brass Collective, and the Isthmus Brass.

Conducting has become an important aspect of Thurman’s career since making his debut in 1999. Since that time, he has appeared as a guest conductor with numerous wind bands, brass bands, and symphony orchestras. His symphony orchestra debut came in 2008 conducting Scheherazade by Rimsky Korsakov with the Huxford Symphony Orchestra of the University of Alabama where he also served as conductor from 2011-2013. He is in his 11th season as Resident Assistant Conductor of the Tuscaloosa Symphony Orchestra (Alabama) where he conducts children’s programs and Pops.

Currently, Thurman is Professor of Music at the Indiana University Jacobs School of Music. The position was created for him to utilize his specific skills and expertise in euphonium and brass chamber music. He is also serves on the faculty of Samford University and has given masterclasses and clinics at many of the world’s leading colleges and universities for low brass.

Thurman is a Miraphone Performing Artist and plays exclusively the Miraphone 5050 Ambassador Edition euphonium which was designed specifically for him.  He also plays the custom Demondrae model mouthpiece manufactured by Warburton Music Products and is a Shires Trombone Performing Artist. 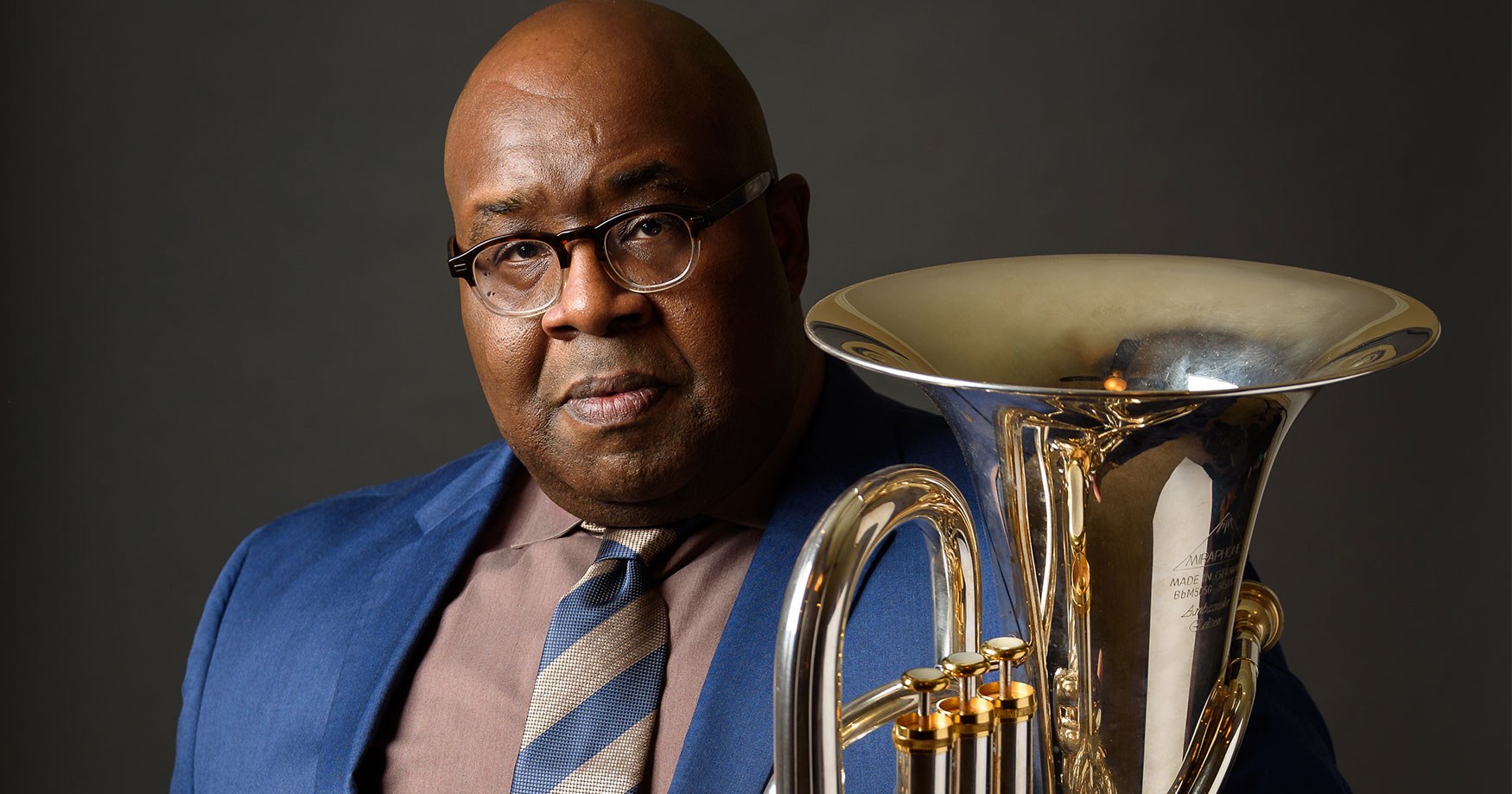 The Inside Story: Demondrae Thurman and SOUND & LIGHT 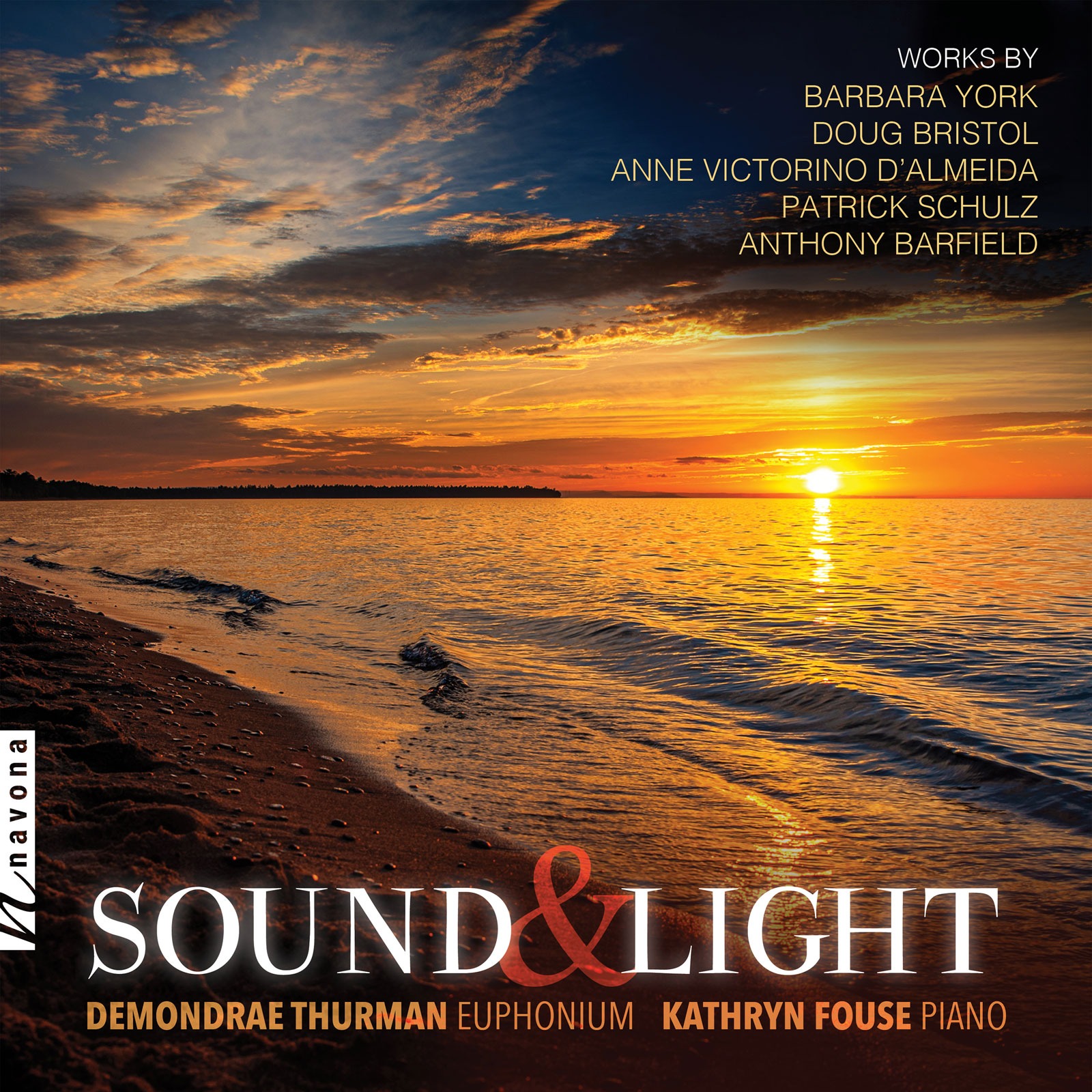