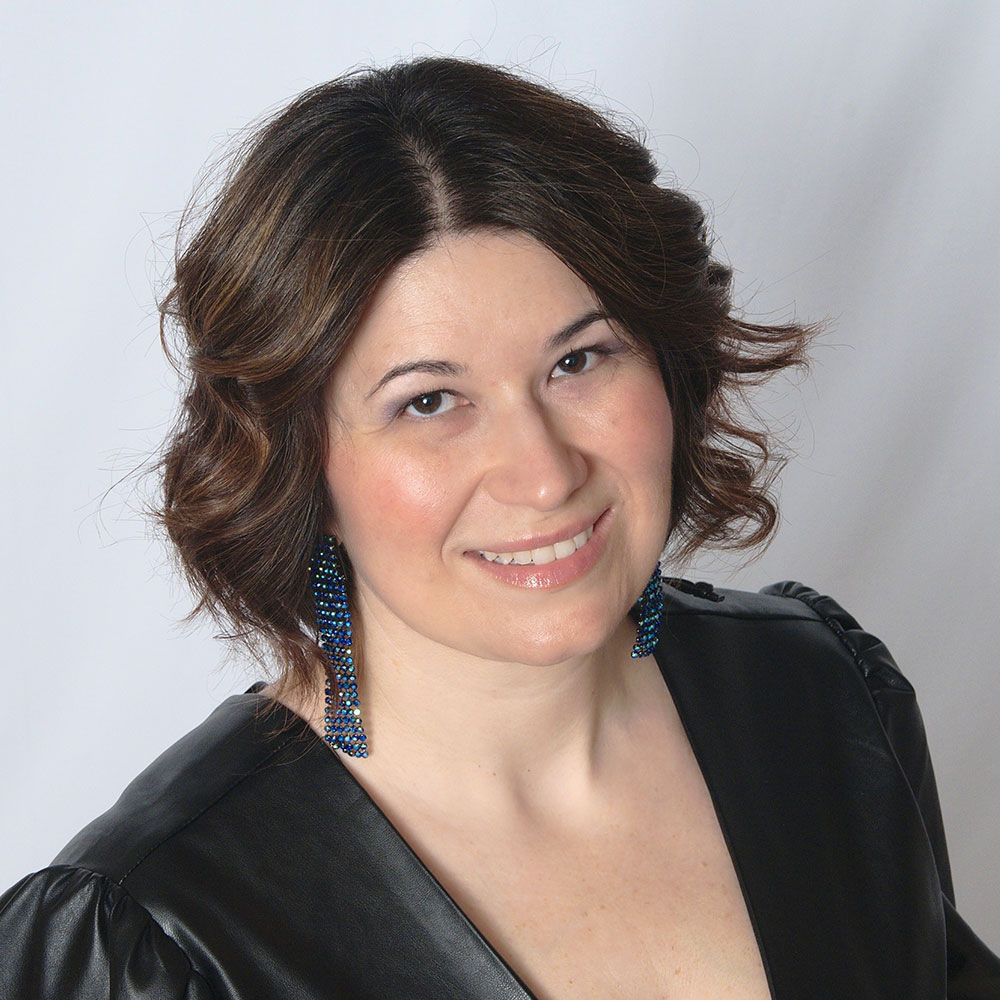 Award-winning Michigan composer Dinah Bianchi seeks to create vibrantly exciting music; music that is sublime, beautiful, and with the communicative power that drives the imaginative spirit of all artists. She is well versed in a variety of musical genres with a portfolio that includes music for orchestra, concert band, string ensemble, chamber ensemble, solo works, as well as electronic music. Well received both nationally and internationally, Bianchi’s music has been performed in concert halls located in Europe, Asia, and the United States.

Bianchi’s compositions have received numerous recognitions. Currently she is under consideration for the American Prize as a semi-finalist in two categories: Professional Divisions for her orchestral work, Chasse Noir and for her band work, Snowflakes in April. In 2021 she received a Global Music Award for Chasse Noir as well as for her electronic work, …Please repeat that. She was the winner of the 2021 Craig’s Keyboards/University of Toledo’s Composer’s Contest for her work Pelaga: When Sea Encounters Sky, and was also the recipient of the 2020 SMP Press Composition Competition in the Contemporary Music Solo Division for …Please repeat that. That same year, she received a Global Music Award for Vitula, a dramatic work for solo violin and orchestra. Other awards include a Global Music Award in 2019 for her orchestral work, Anaphora, a composition which was also selected as a 2020 Finalist for the American Prize. Previously, she was awarded 2nd Place in the American Prize for her composition, The Jackal’s Palace, a boisterous romp for wind ensemble, which also received a Global Music Award in 2015.

Understanding that music is more than just a passion, she strives to establish meaningful connections with others who appreciate the sonic world on a profound level. To Bianchi, music is a spirit in of itself; a spirit in which connects our lives, solidifies our memories, enhances our experiences, and is essential in the development of the human condition. With this in mind, she allows her enthusiasm for innovative and creative musical experiences to guide her towards new artistic collaborations. Examples of meaningful artistic collaborations include: the 2022 Norfolk Chamber Music Festival at the Yale School of Music; the 2022 LunART Festival, dedicated to celebrating women in the arts; the 2022 Collaborative Composition Initiative, focused on connecting aspiring composers within the New York community; and a mentorship with the National Arab Orchestra, a Non-Profit Organization dedicated to preserving and integrating Arab culture.