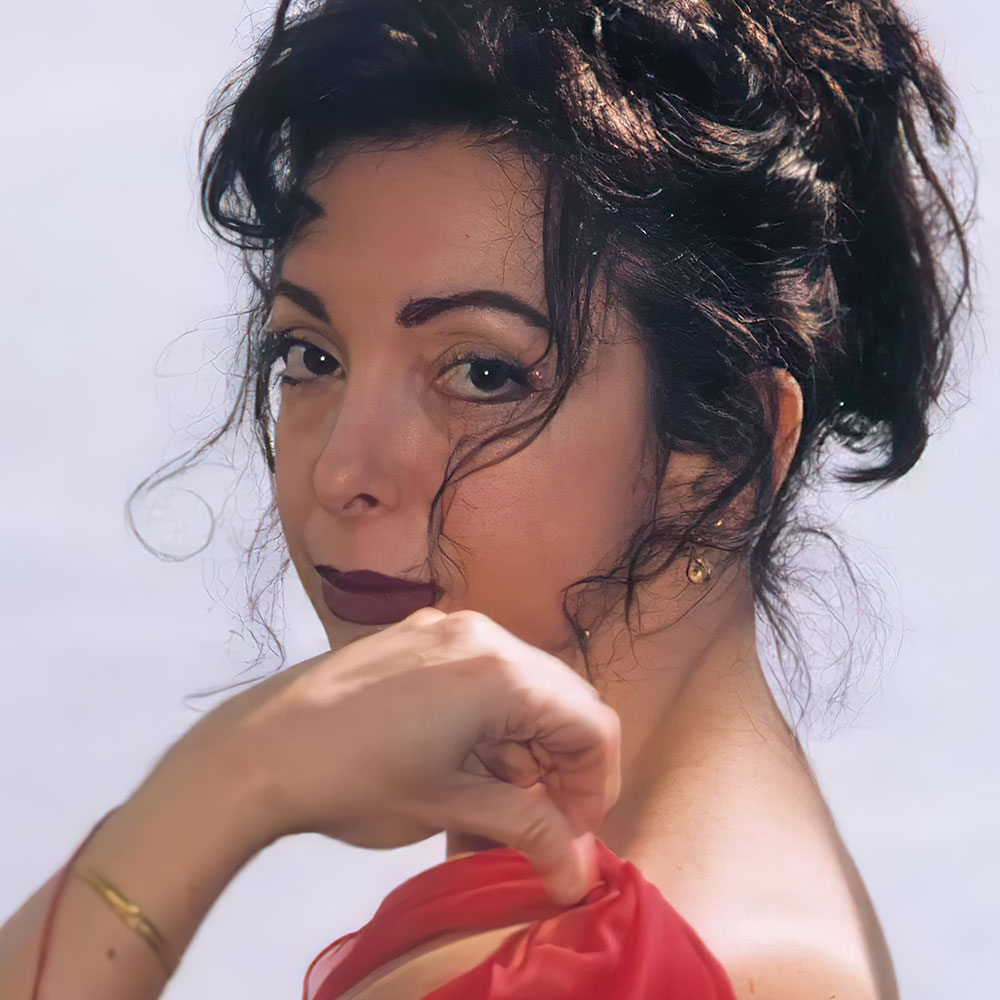 From an early age, it was noticeable that Rio de Janeiro-born pianist ELIANE RODRIGUES was a child prodigy: she started composing at three years old, played her first recital at five, and performed with an orchestra at the ages of six and seven. From then on, she won prizes at numerous regional and national competitions, going on to win the special prize at the Van Cliburn Competition in the United States when she was just 18. She came in fifth place at the Queen Elisabeth Competition in 1983 and was elected as the people’s number one favorite in 2020, a vote consisting of the top 30 most memorable moments of the competition’s history.

Rodrigues has performed in major cities all over the world. For over 20 years, she has been invited annually to De Doelen in Rotterdam to perform a Chopin recital on Boxing Day. Starting in 1998, Rodrigues became the key figure of the Swiss Música Romântica festival. She performed as a soloist, conducted orchestras and played chamber music and recitals in the festival for over 20 years. She has also played at open-air festivals in Russia, Netherlands, and Belgium for over 20,000 people.

In conjunction with performing, Rodrigues is a professor at the Royal Conservatoire of Antwerp, and has coached television personality Thomas Vanderveken in one year to perform Grieg’s piano concerto for a TV show, an enormous personal challenge for Vanderveken, who had taken a break from his studies for several years. Eliane has recorded over 30 albums of both live concerts and studio recordings, among them being Sergei Prokofiev’s five piano concertos, and all eight of Beethoven’s piano concertos.
Rodrigues is a frequent collaborator with PARMA Recordings, with a digital rerelease of the aforementioned Beethoven recordings on Naxos, iTunes, Amazon, and Spotify, two albums — one featuring the works of Chopin and the other of Debussy — and a third album released in 2019 featuring music from Leonard Bernstein and George Gershwin. Rodrigues’ most recent album was AETERNUM, a forceful and furious interpretation of keyboard works by Bach and Beethoven. Among them is the latter’s Fifth Symphony, grippingly arranged by Rodrigues herself. 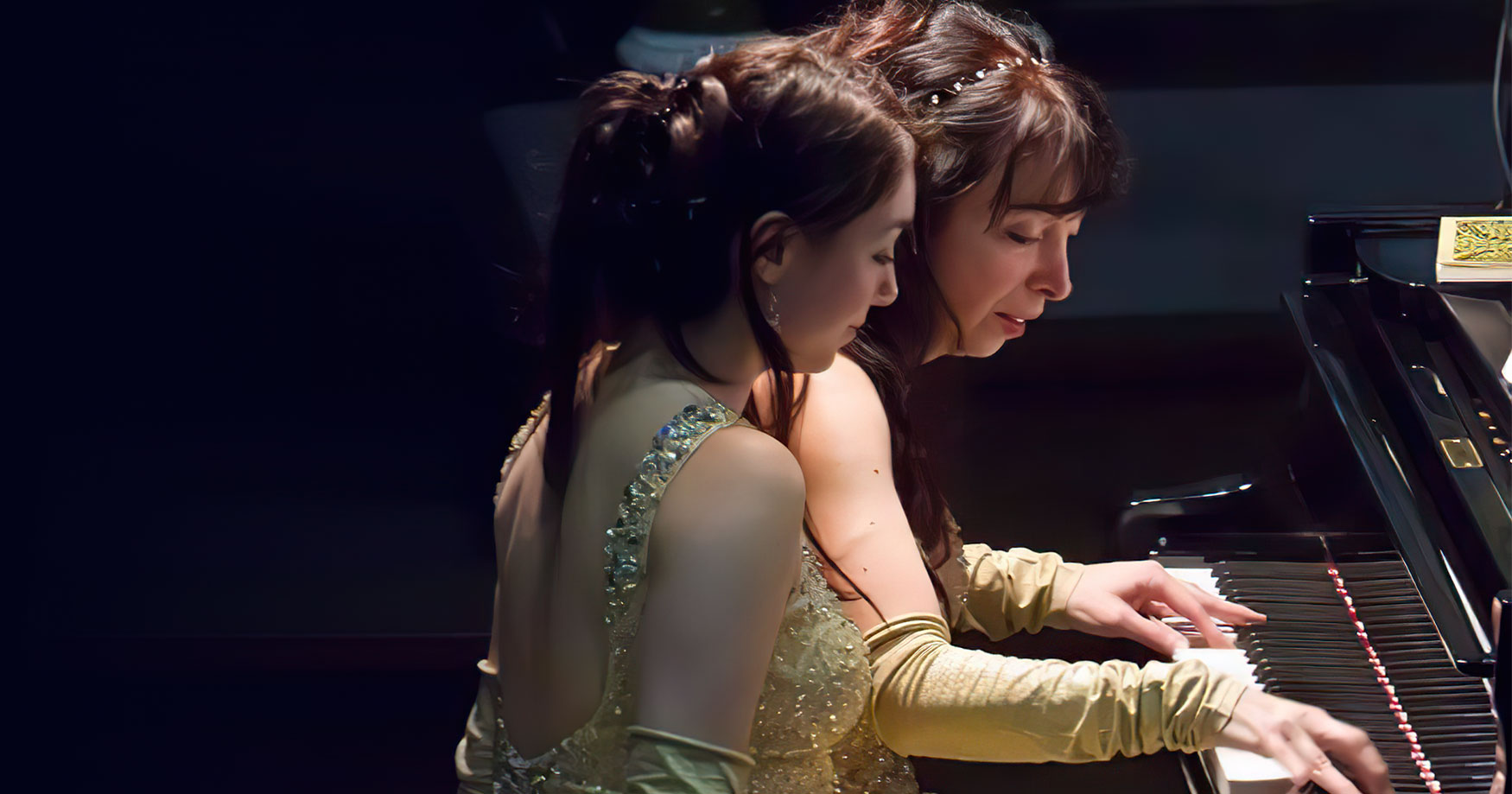 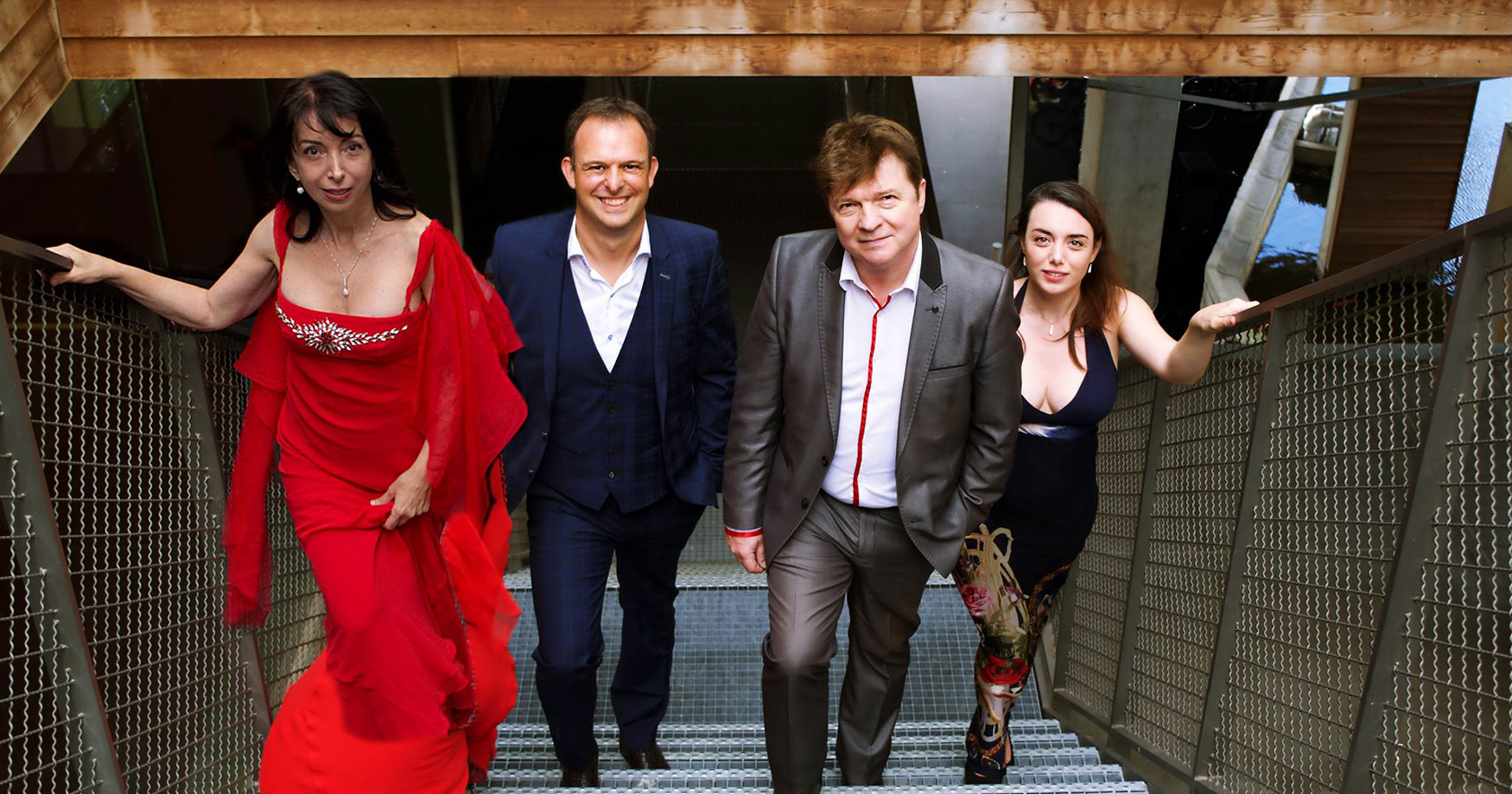 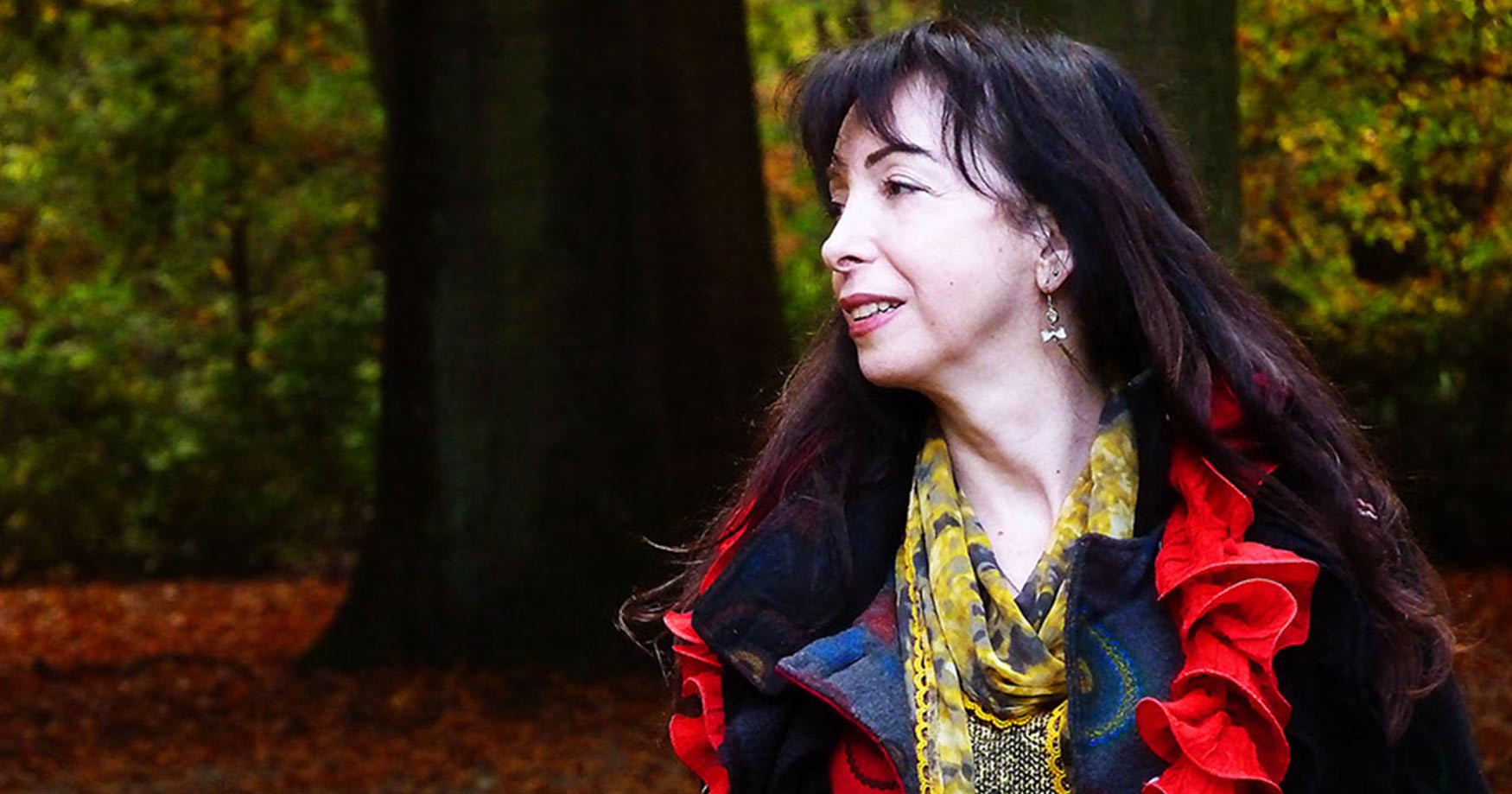 THE INSIDE STORY: Eliane Rodrigues and REFLETS 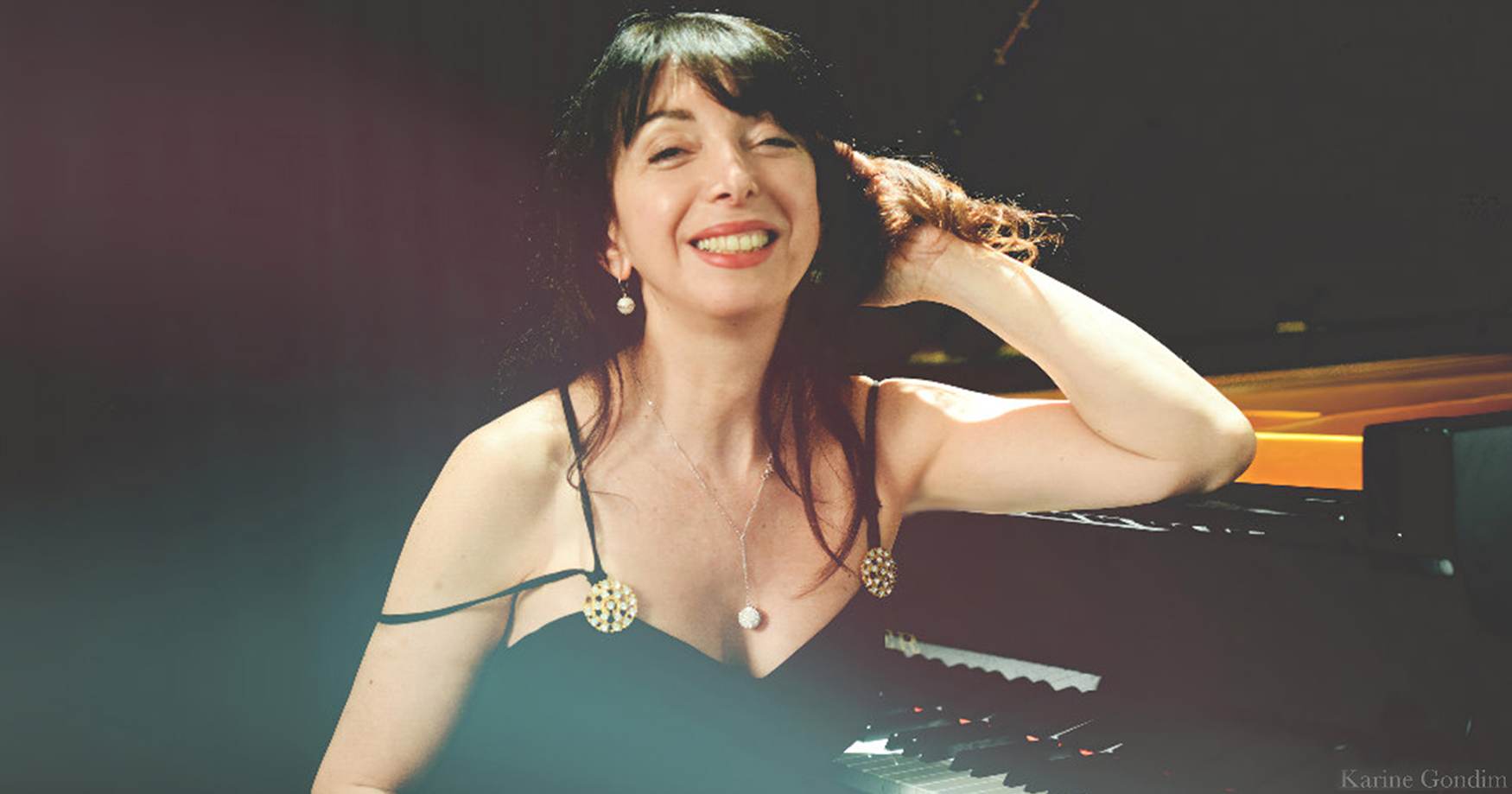 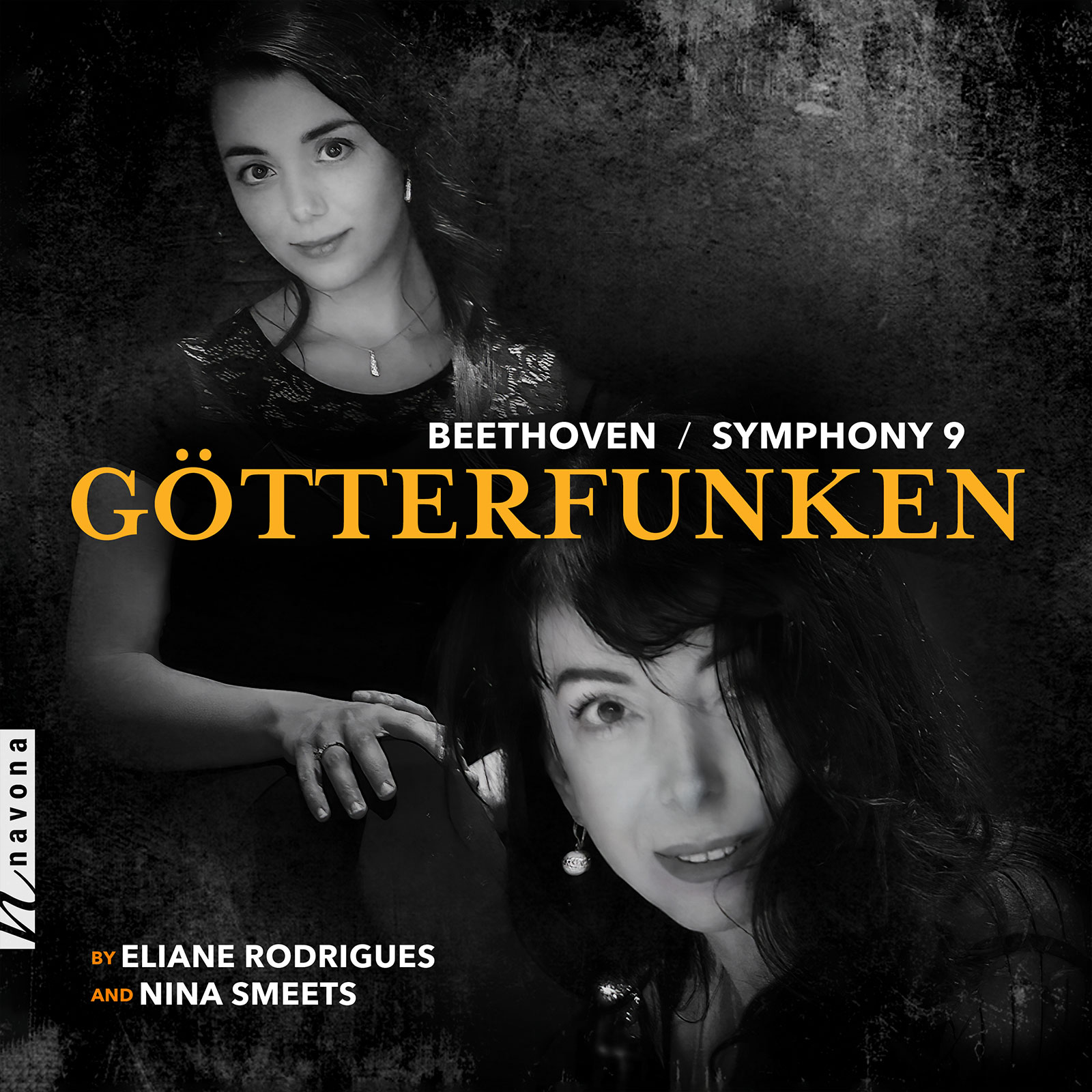 Release Date: November 12, 2021
Catalog Number: NV6382
Classical
Chamber
Piano
Inspired by a transcription by composer Franz Liszt, GÖTTERFUNKEN employs the duality of two grand pianos to reimagine and reinterpret Beethoven’s revered Ninth Symphony. As mother and daughter, pianists Eliane Rodrigues and Nina Smeets infuse their own personal flair with Rodrigues’s arrangement, following the path Beethoven paved while connecting his work to the present day with small instances of improvisation throughout that reflect his original stylistic preferences. Conceptualized in the age of social distancing, GÖTTERFUNKEN was arranged not only to reunite Rodrigues and Smeets through music, but the world as a whole with Beethoven’s magnum opus.
Discover 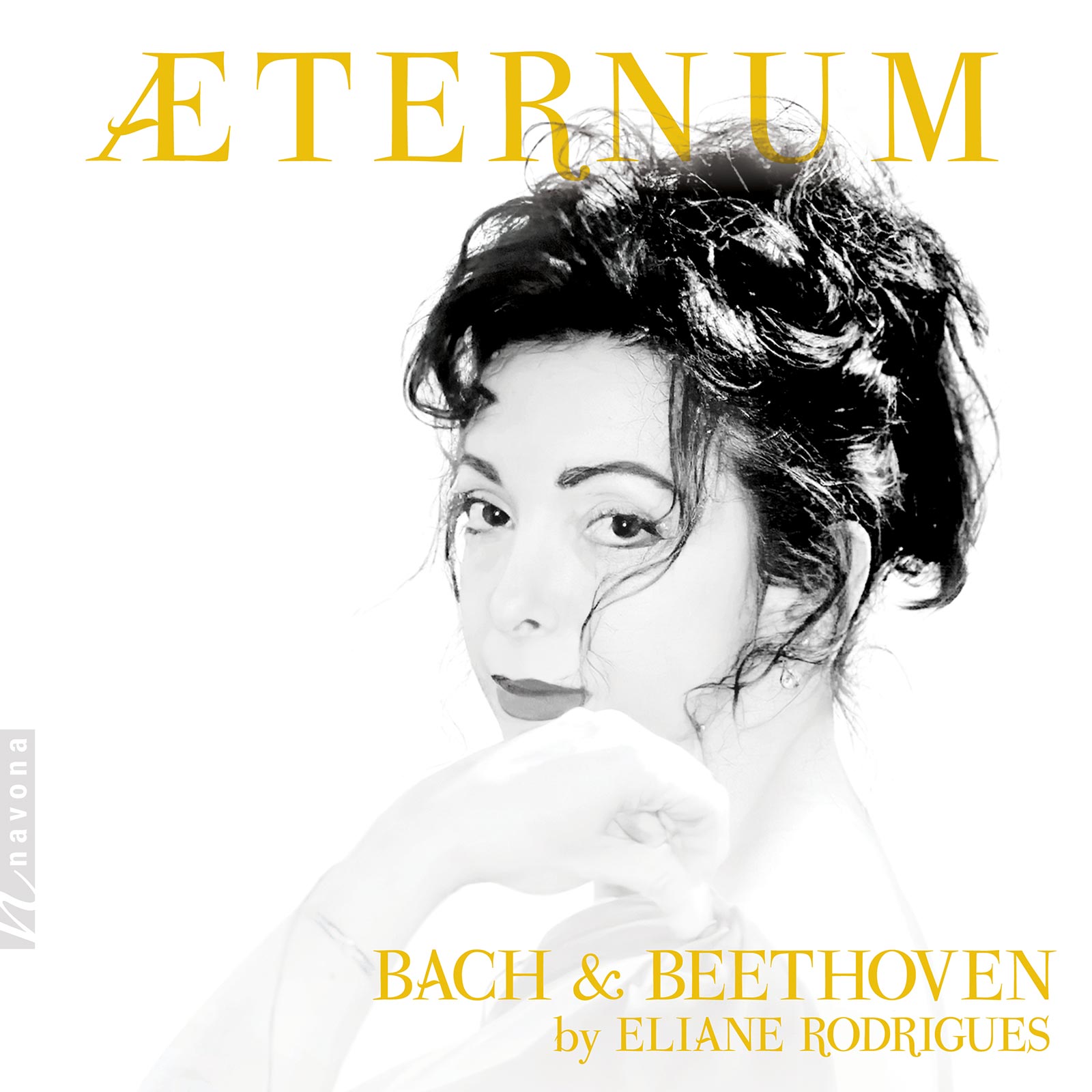 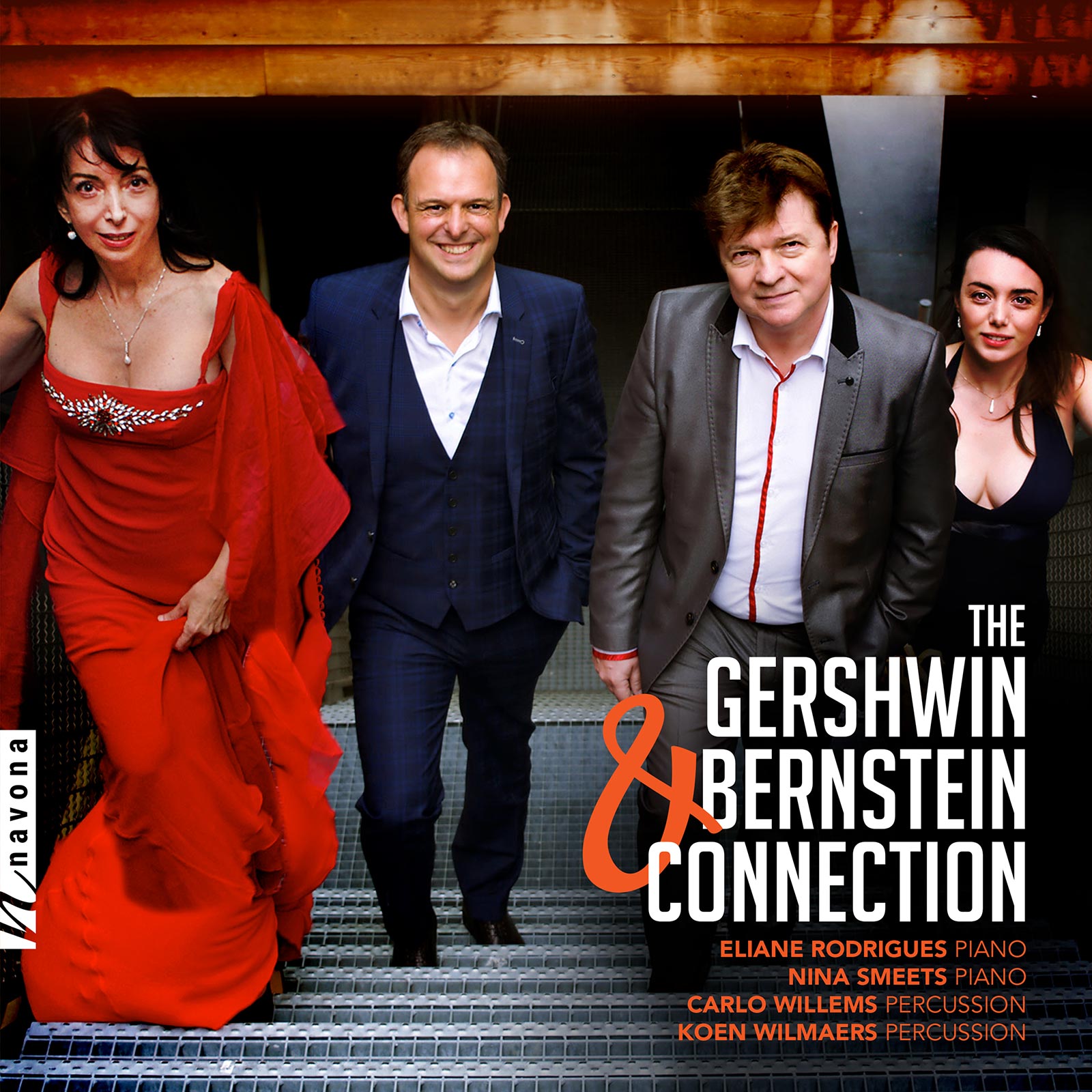 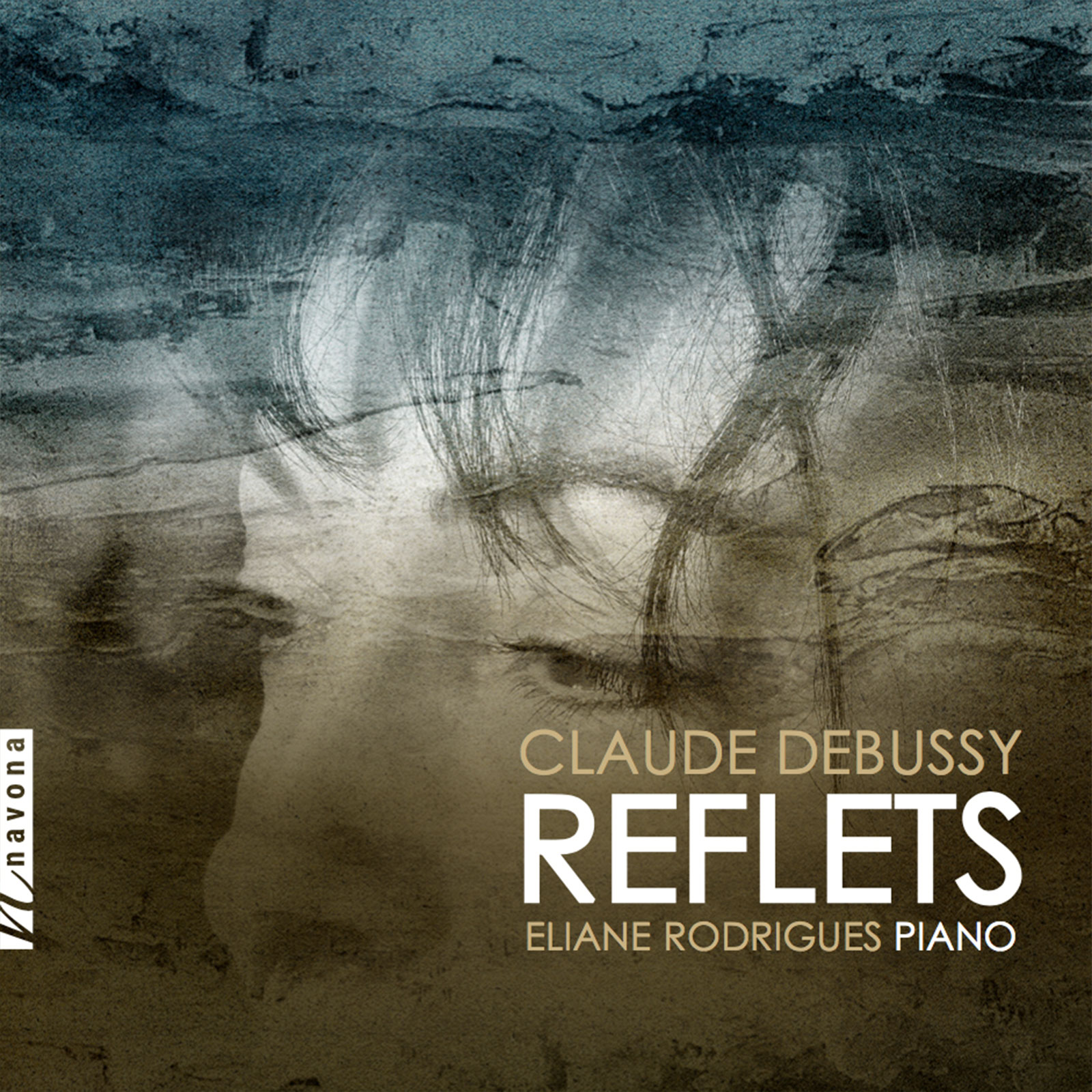 Release Date: June 8, 2018
Catalog Number: NV6164
20th Century
Solo Instrumental
Piano
With two critically-lauded releases on Navona Records (NOTTURNO, performing works by Chopin, and a four-CD box set, BEETHOVEN – 8 CONCERTI) pianist Eliane Rodrigues returns with REFLETS showcasing the pianist’s nuanced and thoughtful performances of fifteen works by Claude Debussy. While it might seem that child prodigies are commonplace in the world of classical music, only a few truly make a lasting impact, one that lives on long after those prodigies have passed well into their adulthoods. Mozart began to play piano at the age of three, Beethoven did so at seven and a half, and Georges Bizet did so before his tenth birthday. Pianist Eliane Rodrigues, who began composing at three, played her first recital at five and first performed with an orchestra when she was just six years of age, can certainly be counted among those prodigious musicians, as evidenced on her latest recording, REFLETS.
Discover 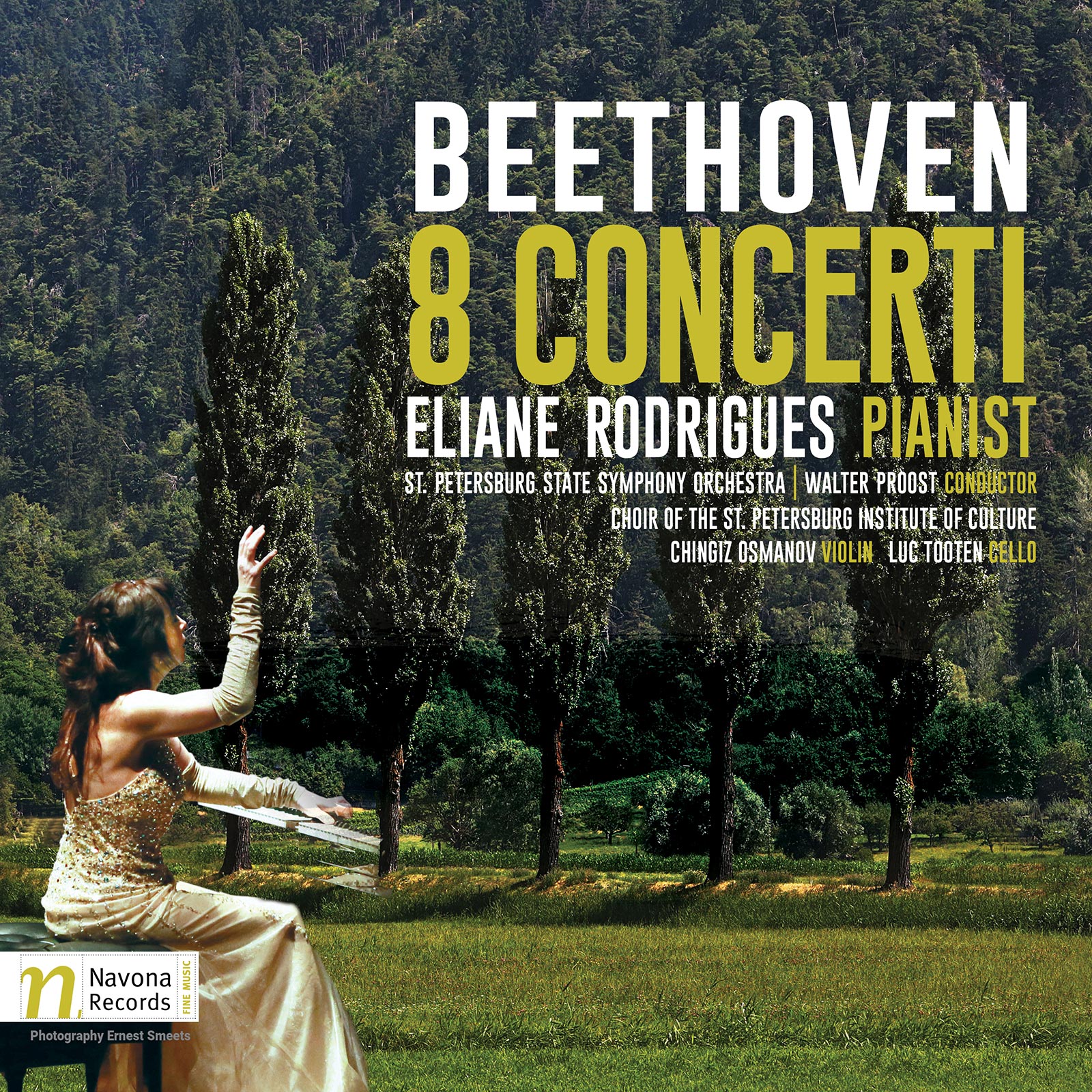 Release Date: December 1, 2017
Catalog Number: NV6138
Classical
Concertos
Orchestra
Piano
In this stunning tour through the concerti of Beethoven’s early and middle periods, pianist Eliane Rodrigues captivates her listeners with graceful keyboard virtuosity, accompanied by the renowned St. Petersburg State Orchestra, Maestro Walter Proost at the podium. The technicality is so precise, the performance so true to period, that one might think the composer himself was at the piano.
Discover 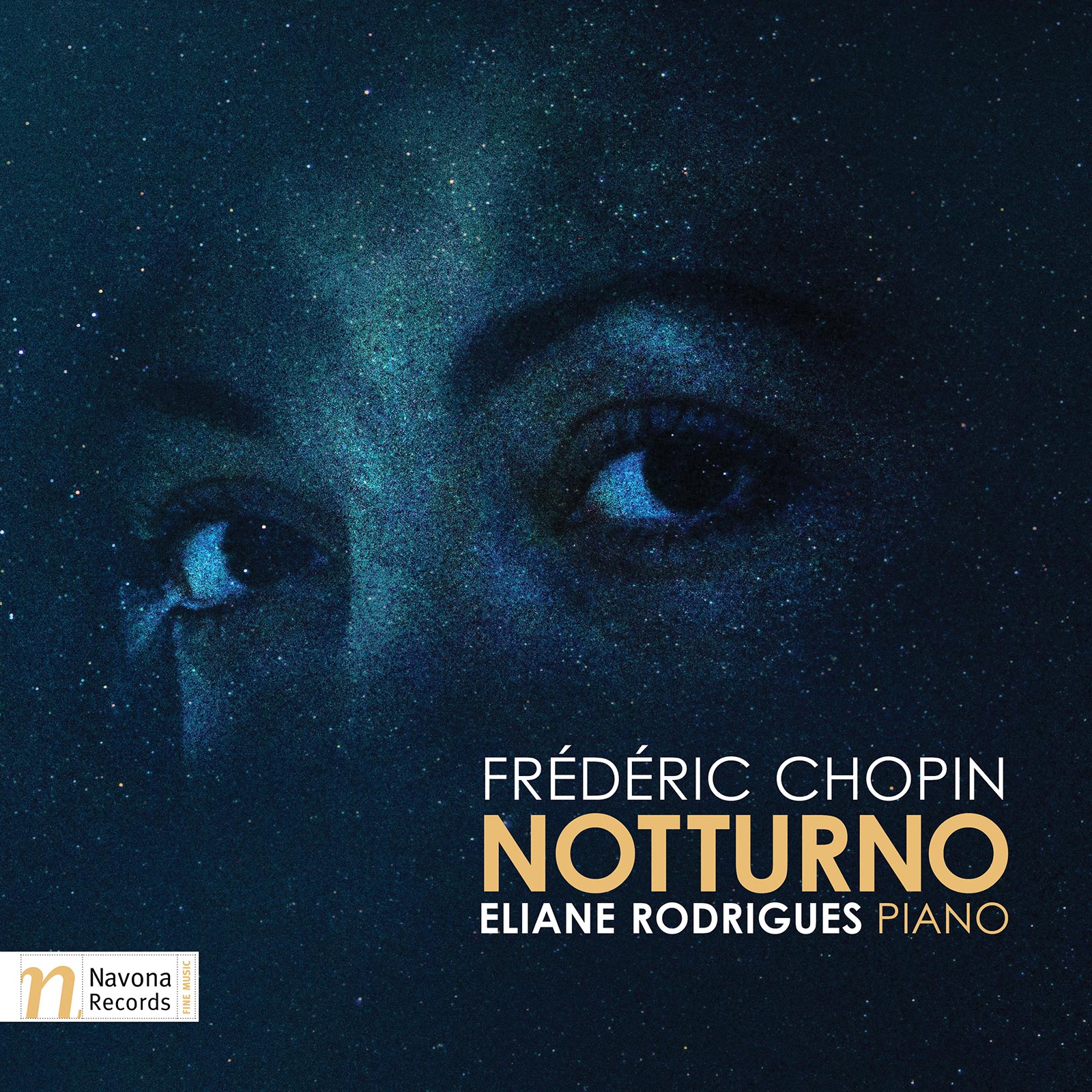