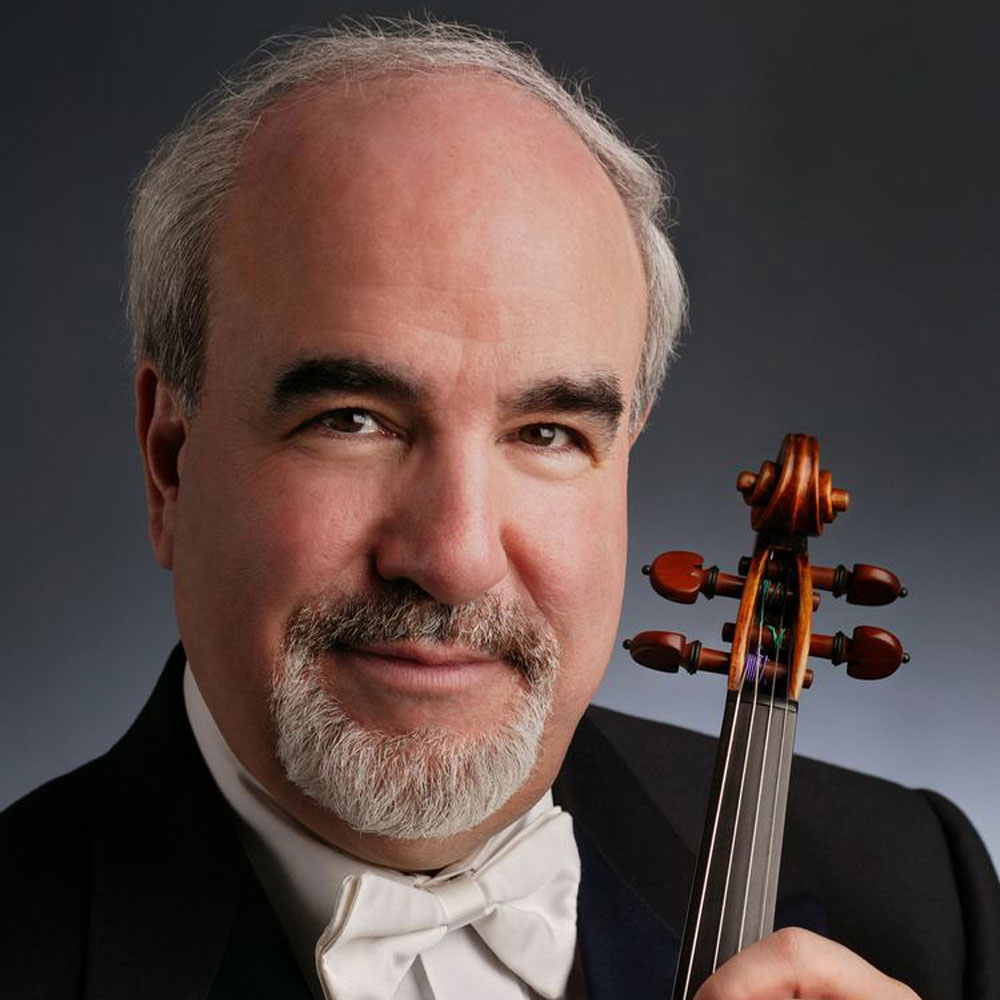 Violinist Glenn Dicterow has established himself worldwide as one of the most prominent American concert artists of his generation.

His extraordinary musical gifts became apparent at the age of 11 when he made his solo debut in Tchaikovsky’s Violin Concerto with the Los Angeles Philharmonic where his father, Harold Dicterow served as principal of the second violin section for 52 years.

In the following years Mr. Dicterow became one of the most sought after young artists appearing as soloist from coast to coast. He went on to win numerous awards and competitions including the Young Musicians Foundation Award and Coleman Award (Los Angeles), the Julia Klumpke Award (San Francisco) and the Bronze Medal in the International Tchaikovsky Competition (1970). He is a graduate of Juilliard, where he was a student of Ivan Galamian. Other teachers have included Joachim Chassman, Naoum Blinder, Manuel Compinsky, Erno Neufeld, Gerald Vinci, Jascha Heifetz and Henryk Szeryng.

In 1967 he appeared as soloist with the New York Philharmonic under the baton of Andre Kostelanetz in the Tchaikovsky Violin Concerto. He was then 18 years old.

In 1980 he joined the New York Philharmonic as Concertmaster and has since performed as its soloist every year.

During a New York Philharmonic tour of major American cities in 1986 he was featured in Bernstein’s Serenade with the Berstein himself conducting, and in 1990 played Carmen Fantasy under Zubin Mehta and the New York Philharmonic in a “Live From Lincoln Center” concert telecast. He was also a soloist in the orchestra’s 1982 concert at the White House.

Mr. Dicterow has also been a guest artist with the symphony orchestras of Baltimore, Birmingham, Chautauqua, Grant Park, Indianapolis, Hong Kong, Kansas City, London Symphony Orchestra, Mexico City, Montreal, Omaha, National Symphony in Washington, DC, and San Diego Symphony to name a few. He has also soloed with the Gawandhaus Orchestra of Leipzig under the direction of Kurt Masur. Glenn Dicterow performed the Barber Violin Concerto on the New York Philharmonic’s 1998 tour of Asia which included a concert at the Great Hall of the People in Beijing. Most recently Mr. Dicterow has played the concertos of Miklos Rozsa, Karol Szymonowski and Aaron Kernis’s Lament and Prayer with the New York Philharmonic. This season (2007/08) includes solo engagements with the orchestras of Springfield, Sioux City, Bartlesville, Wheeling and Oklahoma. He will also be playing the Korngold and Barber Concertos with the New York Philharmonic in New York and on the Philharmonic tour of China for the 2007-8 season.

He is also featured in the violin solos in Strauss’s Ein Heldenleben and Also Sprach Zarathustra with Zubin Mehta and CBS. Other compositions committed to disc are works of Wieniawski with Mr. Mehta and the Los Angeles Philharmonic; Lee Holdridge’s Violin Concerto with the London Symphony Orchestra and the composer conducting; Shostakovitch’s Violin Concerto No. 1 with the New York Philharmonic under the baton of Maxim Shostakovitch on a Radiothon recording; and the Philharmonic’s two recordings of Rimsky-Korsakov’s Scheherazade with Yuri Temirkanov on the BMG label and with Kurt Masur on the Teldec label.

Dicterow’s most recent CD is a solo recital for Cala Records entitled New York Legends featuring Corigliano’s Sonata for Violin and Piano, Korngold’s Much ado About Nothing, the premiere recording of Leonard Bernstein’s Sonata and Martinu’s Three Madrigals for Violin and Viola, in collaboration with Karen Dreyfus, viola and Gerald Robbins, piano.

Mr. Dicterow can also be heard in the violin solos of the film scores for The Turning Point , The Untouchables, Altered States, Aladdin, Beauty and the Beast and Interview With A Vampire among others.

Mr. Dicterow also enjoys an active teaching career. He is on the faculty of The Juilliard School. Both Dicterow and his wife, Karen Dreyfus are founding members of The Lyric Piano Quartet, which is in residence at Queens College CUNY. More recently Mr. Dicterow was named Chairman of the Orchestral Performance Program at Manhattan School of Music in New York. 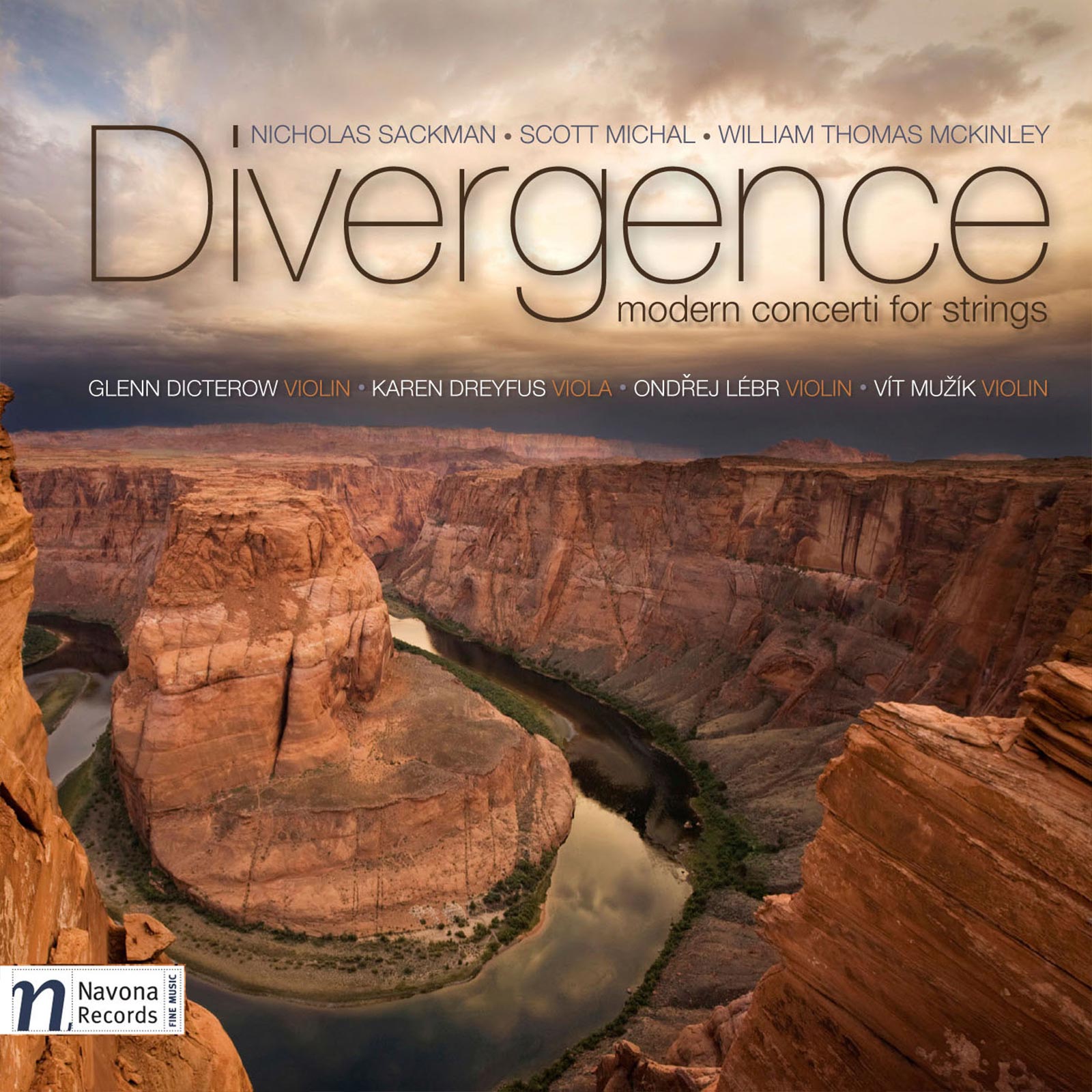 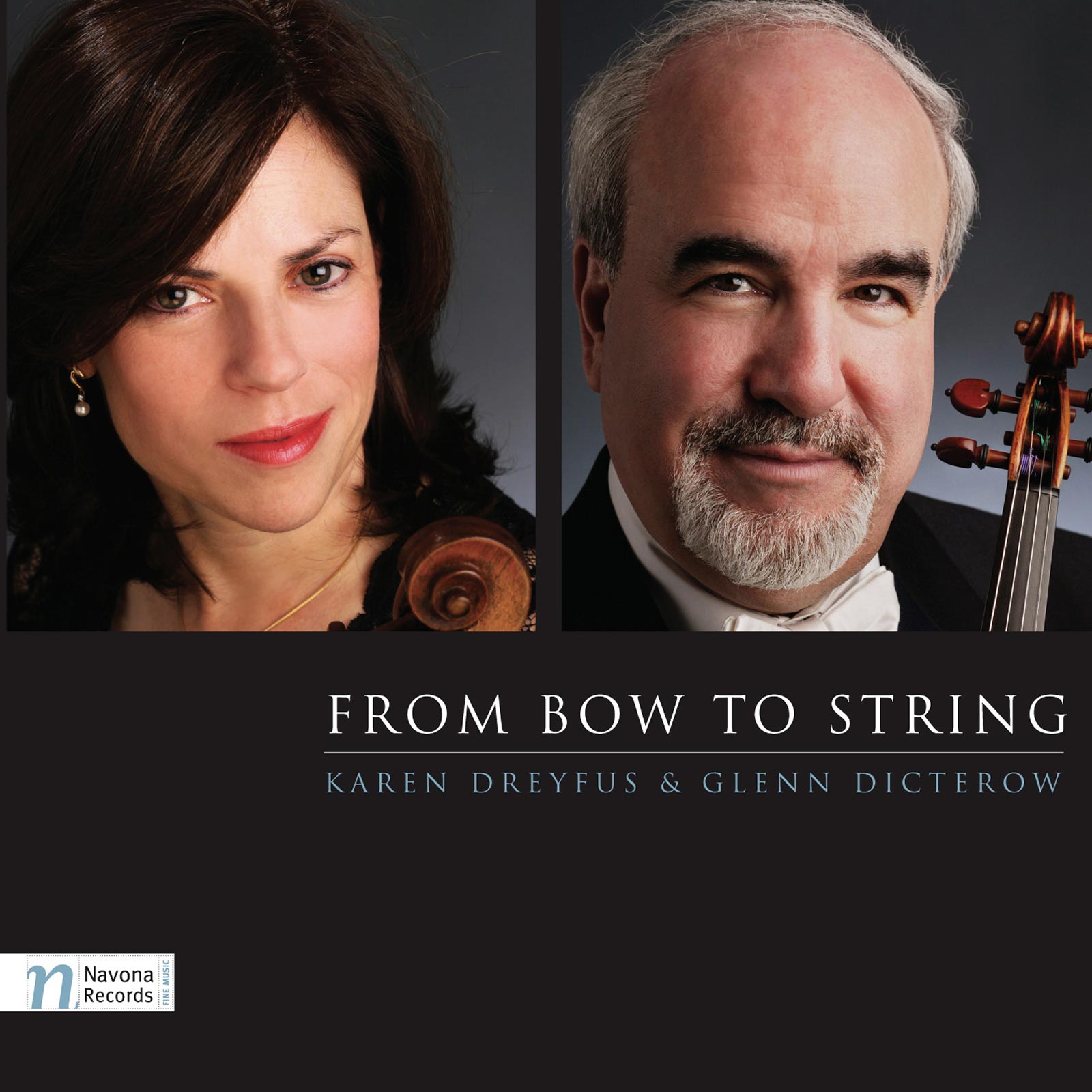 From Bow to String