Howard L. Richards Jr. received his first piano lesson when he was six years old and began studying popular piano and trumpet at the age of eight. He attended high school at Culver Military Academy in Indiana and was a member of the Infantry Band for four years. Upon graduating high school, Richards spent one year at the University of Michigan to study Physics, but switched at midyear to major in Music Composition. While still in school he joined the armyóas it appeared that he would soon be called anywayóallowing him to choose which branch of the service to enter. While enlisted, Richards learned the mathematics of topography and how to use what were the noisy keyboard calculators of the time. Though the Army had invited him to stay and teach topography, he instead went to Japan, and later the Philippines, to work on the ìmath of maps,î as he referred to it. During this time he enrolled in a course in music theory at Tokyo University where he studied Walter Pistonís Harmony and Joseph Schillingerís Theory of Music. While still in Japan, he applied and enrolled in Rollins College, a Florida-based institution known for its strong music department.

During his time at Rollins, Richards studied a different instrument each semester and was also asked to write a musical. He graduated from Rollins with a Bachelor of Music in Composition as well as a Bachelor of Arts in Music. The young composer was then called back into the army, during which time he worked on maps inside the Pentagon and wrote another musical with the intention of staging it once out of the service. Though earlier musicals were written for two pianos, he wrote his next show for a pit orchestra; but the instruments were far from standard and were dependent on whichever instruments he was able to obtain. Around this time Richards befriended Mr. Alphonse Carlo of the Florida Symphony Orchestra, his newfound pit orchestra concertmaster. He studied violin, viola, and orchestration with Carlo, who loved Richardsí work and saw his orchestration abilities being put to good use. His composition instructor during this period was Jack Carter, a pupil of Roy Harris. With the exception of his first show, Richards wrote the book, lyrics, music, and orchestras for his own works along with conducting and playing the trumpet in his own musicals. Richards soon received a fellowship at Florida State University and studied with Ernst von Dohnanyi, graduation with a Masterís Degree in Music Composition.

After completing his studies, Richards taught Junior High School music and then moved on to New York City where he worked for the Columbia LP Record Club. A year later he accepted a position with RCA Red Seal Records, first as a music editor and then as a recording director for several albums. He would later quit RCA to work on a Japanese opera and orchestrated a number of radio commercials. He soon after received a job with IBM as a Program Developer. While at IBM, Richards programmed, on his own, a computer music editor and wrote a document explaining which musical functions would be needed for use in professional publishing. During this time, Richards and his lyricist received word that Nat King Cole was to record one of their works. Unfortunately, the popular vocalist died before the recording could take place. It was at this same time period Richards would have six choral works published.

After retiring from IBM, he taught a few students in music theory and converted his Japanese opera into an eleven-movement suite. In both his pre- and post-retirement days, Richards worked on many compositions and began transcribing his works onto the computer. Coinciding with his increased compositional output, his orchestral work A Frenchman in New York, Part I was performed at Rollins College with the Bach Festival Orchestra several years ago during a program of works featuring American composers.

In April 2001, Richards was blinded in a bad operation. Nevertheless, he dictated the music for a fanfare and patriotic song I Am Blessed to be an American, which was performed by the Bach Festival Orchestra and Chorus for a 4th of July concert in Winter Park FL.

Due to his blindness, Richards needed the help of music students to aide in his musical endeavors. His student aides provided assistance in transferring old composition scores into digital music score files, as well as dictation of Richardsí music for new works never before seen in notation.

Richards’ first CD, The Music of Howard Richards, was released in 2002. The disc contained works recorded over the four previous years with the Moravian Philharmonic Orchestra in the Czech Republic.

Richards received a myriad of glowing reviews following the release of his second album∏ The Melodic Howard Richards, in 2006. Around this time, Richards was also highlighted at Rollins College, where his lifeís work over the past 50 years was set on display in his honor.

In 2008 Richards’ third CD, The Melodic and Dramatic Howard Richards, was released on Navona Records. This album featured his piece A Frenchman in New York and eight other works, performed and recorded by the Moravian Philharmonic Orchestra in the Czech Republic.

PARMA’s very good friend Howard L. “Dick” Richards passed away on January 27, 2010. Dick was a highly talented musician and man who was equally facile as a composer of orchestral, vocal, and chamber music and as an engineer, a job he performed with RCA for its legendary “Living Stereo” line. Dick was finalizing the liner notes for his new release of choral music on PARMA imprint Navona Records; the music was recorded in the summer of 2010 and final touch-ups were done in December – he was pleased with every note of the music and was looking forward to recording his next project, “The Paris Suite.” He will be greatly missed, and we are better for having his music in our lives. 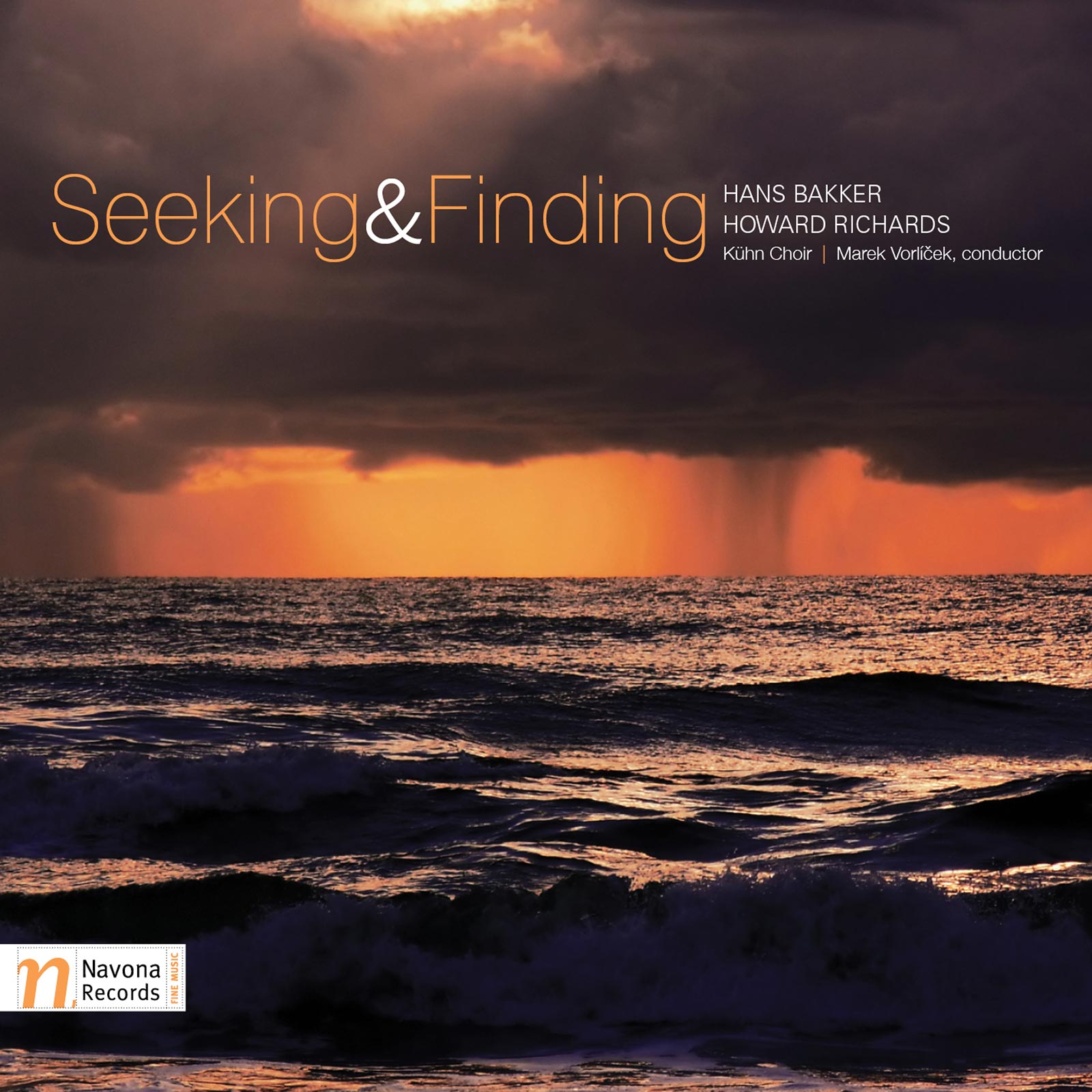 Release Date: August 1, 2012
Catalog Number: NV5877
21st Century
Vocal Music
Choir
Natural beauty, emotion, and enlightenment. These are but a few of the common threads of SEEKING & FINDING, an album of choral works by two composers whose pointed explorations of humanity resonate in perfect pitch.
Discover 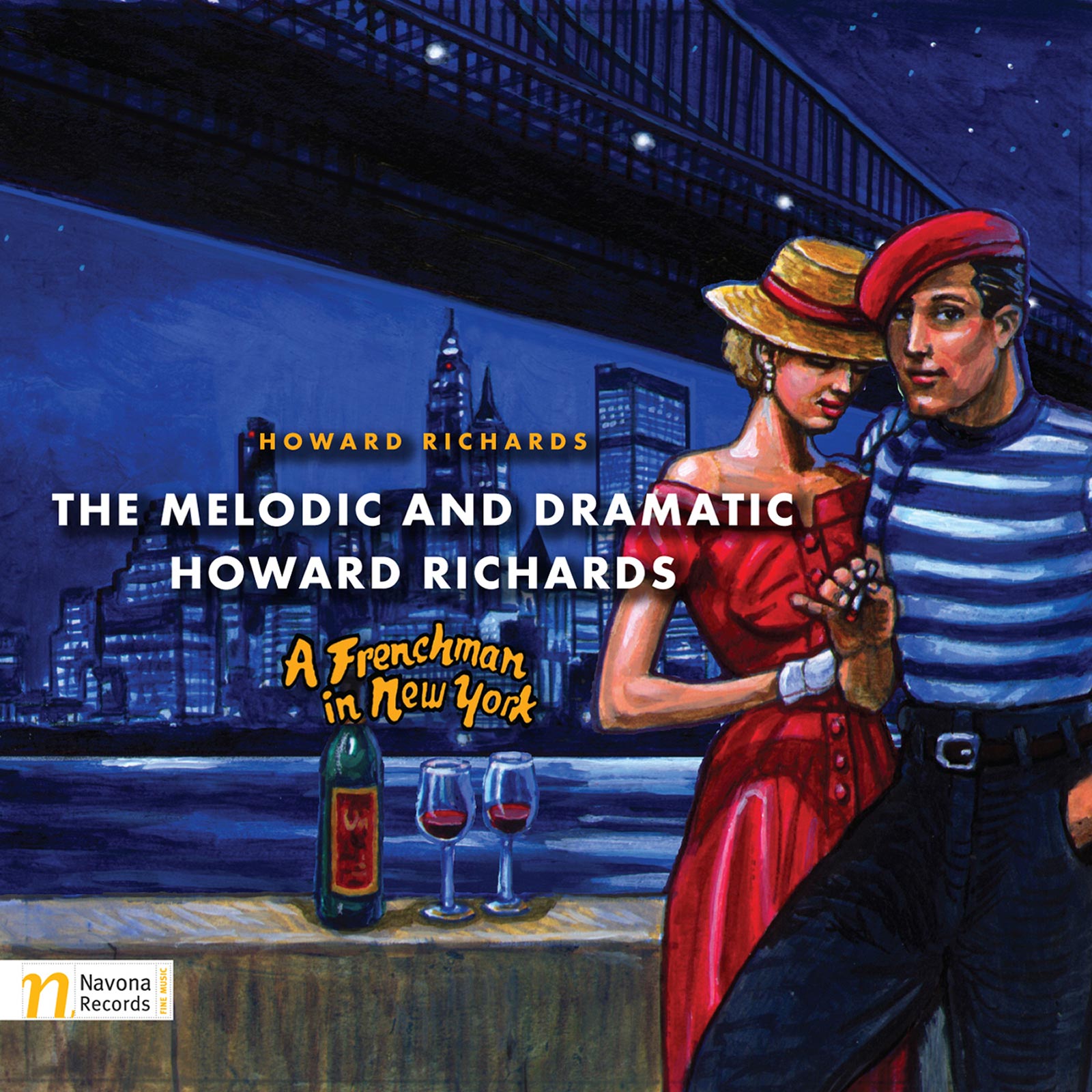