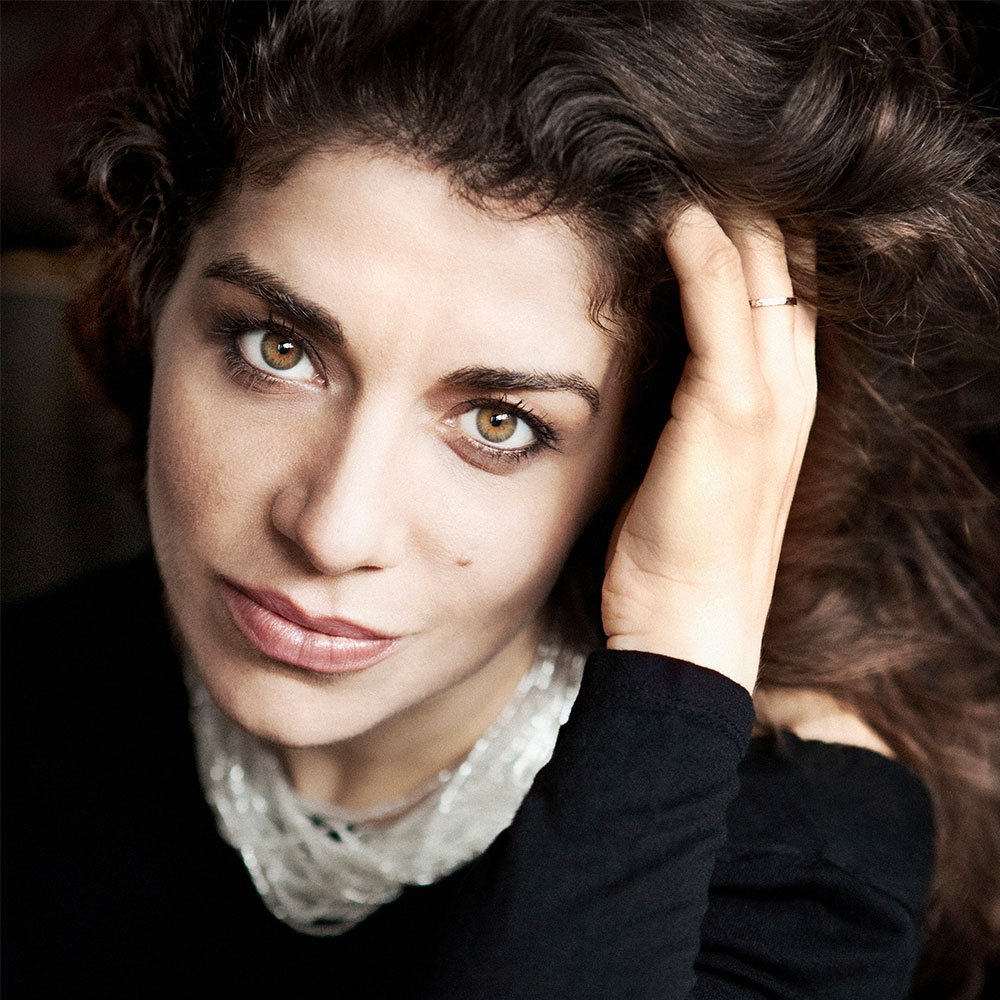 “Adventurous and passionate,” (The New Yorker) Ukrainian-born American pianist Inna Faliks has made a name for herself through her commanding performances of standard piano repertoire as well genre-bending interdisciplinary projects, and inquisitive work with contemporary composers. After her acclaimed teenage debuts at the Gilmore Festival and with the Chicago Symphony Orchestra, she has performed on many of the world’s great stages, with numerous orchestras and in solo appearances. Faliks is currently Professor of Piano and Head of Piano at UCLA. Critics praise her “courage to take risks, expressive intensity and technical perfection” (General Anzeiger, Bonn), “remarkable insight” (Audiophile Audition),“poetry and panoramic vision” (Washington Post), “riveting passion, playfulness” (Baltimore Sun), and “signature blend of lithe grace and raw power” (Lucid Culture). Her October 2014 all-Beethoven CD release on MSR Classics drew rave reviews: the disc’s preview on WTTW called Faliks “High priestess of the piano, concert pianist of the highest order, as dramatic and subtle as a great stage actor.” Her first critically acclaimed CD on MSR Classics, Sound of Verse, was released in 2009, featuring the music of Boris Pasternak, Rachmaninoff, and Ravel. Her discography also includes “Polonaise-Fantasie, Story of a Pianist” for Delos—an autobiographical monologue-recital of short piano works from Bach and Chopin to Gershwin and Carter, and “The Schumann Project, part 1, Music of Robert and Clara,” soon to be out on MSR. Highlights of the recent seasons include: performances at the Ravinia Festival and the National Gallery in DC; recital tours of China with appearances in all the major halls such as Beijing Center for Performing Arts, Shanghai Oriental Arts Theater, and Tianjin Grand Theater; acclaimed performances at the Festival Internacional de Piano in Mexico, in the Fazioli Series in Italy, and at Israel’s Tel Aviv Museum; at Portland Piano Festival and with the Camerata Pacifica, with the modern dance troupe Bodytraffic at the Broad Stage Santa Monica; and Jacaranda Series in Los Angeles, where she performed Rzewski’s The People United Will Never Be Defeated. Faliks has been featured on WQXR, WNYC, WFMT, and many international television broadcasts, and has performed in many other major venues, such as Carnegie Hall’s Weill Concert Hall, the Metropolitan Museum of Art, Paris’ Salle Cortot, Chicago’s Symphony Center, Moscow’s Tchaikovsky Hall, and in many important festivals such as Verbier, Newport, Portland International, Music in the Mountains, Mondo Musica Cremona, Brevard, Taos, International Keyboard Festival in NYC, Bargemusic, and Chautauqua. She is regularly engaged as a concerto soloist nationwide.

Faliks is the founder and curator of the Manhattan Arts Council’s award winning poetry-music series Music/Words, creating performances in collaboration with distinguished poets. This has been described as “surreal, impactful, and relevant” (Lucid Culture). Her long standing relationship with WFMT radio has led to multiple broadcasts of Music/Words, which she had produced alongside some of the nation’s most recognized poets in performances throughout the United States. An artist known for her versatility, Faliks is equally at home with standard repertoire, rare and new music, and interdisciplinary performances. She recently co-starred with Downton Abbey star Lesley Nicol in “Admission—One Shilling,” a play for pianist and actor about the life of Dame Myra Hess, the great British pianist. Most recently, she is touring with her autobiographical recital-monologue, Polonaise-Fantasie, the Story of a Pianist throughout the US and Canada. She was the winner of many prestigious competitions, including Hilton Head International Piano Competition and International Pro Musicis Award.

Faliks is internationally in demand as an Artist Teacher, and frequently adjudicates competitions, gives masterclasses, and travels to Artist Residencies in major conservatories and universities around the world. In March 2019, Faliks was Artistic Director of Classical Music for YoungArts LA, programming and workshopping a program with the nation’s top young musicians and composers, as well as directing a number of panels and masterclasses. As a writer, she has been published by LA Times and Washington Post. During the COVID-19 pandemic, she began her Corona Fridays series, broadcasting performances from her home, combining standard repertoire, new music and poetry, and releasing over 30 episodes of different programs. 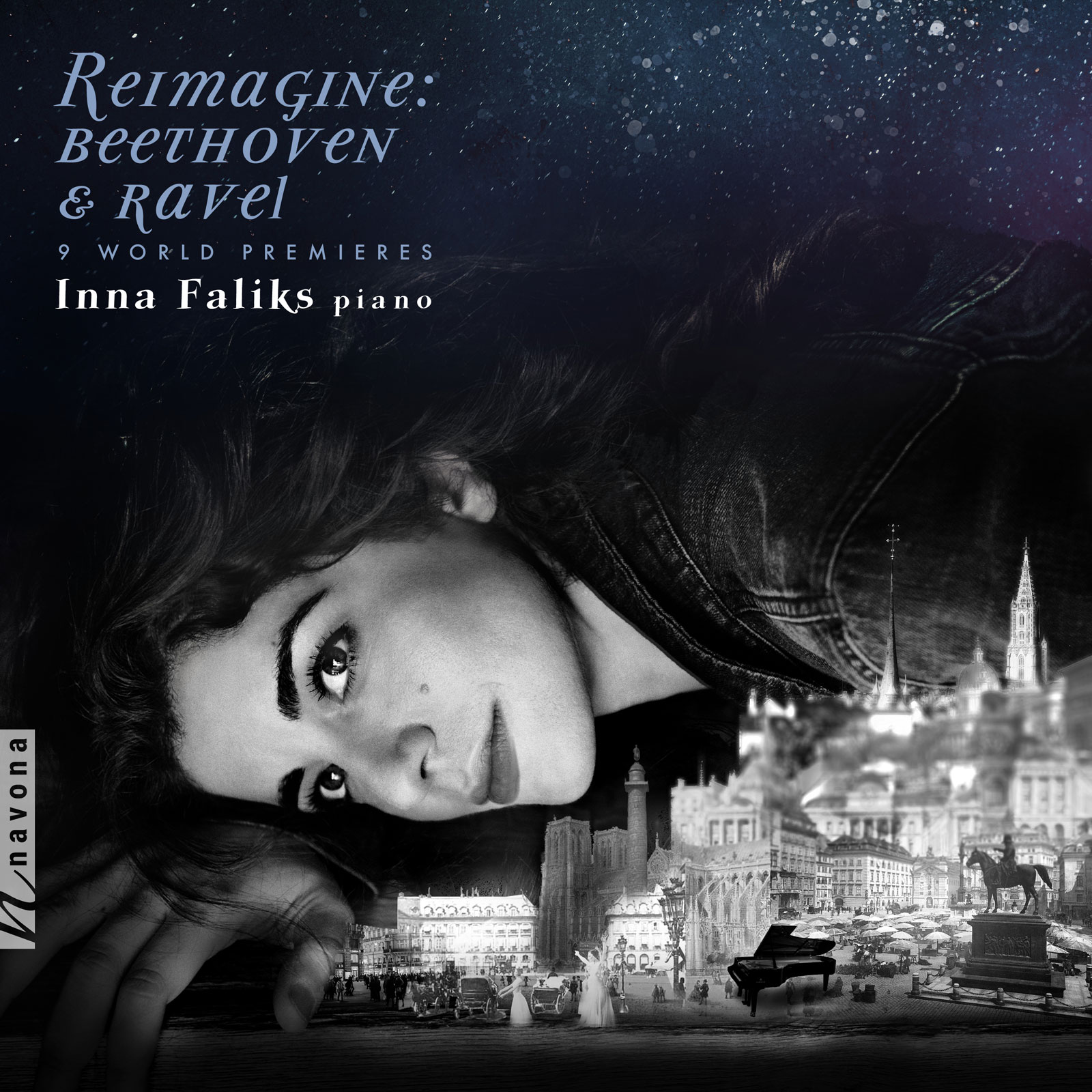