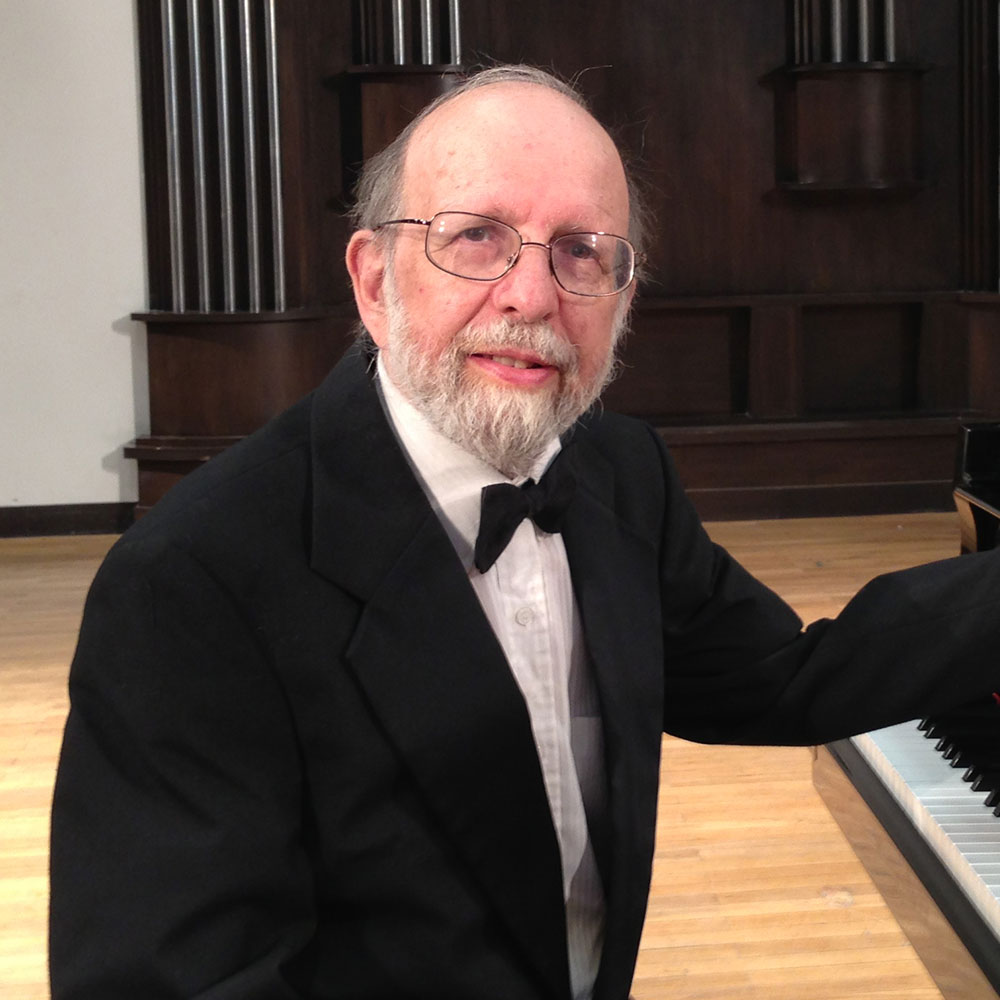 In August 2020, Jeffrey Jacob was named Composer-in-Residence with the Philadelphia Virtuosi Chamber Orchestra. He has written six symphonies, three piano concertos, three string quartets, and numerous works for piano and chamber ensemble. Raymond Leppard and the Indianapolis Symphony premiered his Symphony: Winter Lightning. The London Symphony recorded his Symphony No. 3. The Moscow and St. Petersburg Symphonies premiered respectively his Piano Concertos 1 and 2 with the composer as soloist. The Gregg Smith Singers premiered his Sleeping At Last for mixed chorus and solo cello. Jacob’s Persistence of Memory was premiered by the Cleveland Chamber Symphony at the 1999 College Music Society National Convention and was selected by the Charles Ives Center for American Music for a performance by the Charleston Symphony at the 2002 Spoleto Festival. Other works have been premiered and recorded by the Orquesta de Baja California, the Chamber Orchestra of the Rhein, the North Czech and Moravian Philharmonics, the Cavani and New England Quartets, and sopranos Mary Nessinger and Laurel Thomas. Three albums of Jacob’s orchestral music have been released by Centaur Records, Vienna Modern Masters, and Navona Records.

As a pianist, Jacob has been described by the Warsaw Music Journal as “unquestionably one of the greatest performers of 20th century music,” and the New York Times as “an artist of intense concentration and conviction.” Jacob received his education from the Juilliard School (Master of Music) and the Peabody Conservatory (Doctorate) and counts as his principal teachers Mieczyslaw Munz, Carlo Zecchi, and Leon Fleisher. Since his debut with the London Philharmonic in Royal Festival Hall, he has appeared as piano soloist with over 25 orchestras internationally including the Moscow, St. Petersburg, Seattle, Portland, Indianapolis, Charleston, Saõ Paulo, and Brazil National Symphonies, the Silesian, Moravian, North Czech, and Royal Queenstown Philharmonics, and recently the London Symphony, New Jersey Philharmonic, The Cuban National Symphony, and the Royal Scottish National Symphony. A noted proponent of contemporary music, he has performed the world premieres of works written for him by George Crumb, Vincent Persichetti, Gunther Schuller, Samuel Adler, Francis Routh, Jianjun He, and many others. He has performed solo recitals in London, Dublin, Glasgow, Berlin, Cologne, Munich, Moscow, St. Petersburg, Prague, Warsaw, Bucharest, Milan, Madrid, Helsinki, Rio de Janeiro, Saõ Paulo, Havana, Beijing, Hong Kong, Taipei, Tokyo, Sydney, Auckland, Toronto, Ottawa, and throughout the United States.

Jacob has recorded over 120 works for solo piano as well as piano and orchestra, including his critically acclaimed series of albums featuring the complete piano music of Samuel Barber and George Crumb and the major works of Béla Bartók. Fanfare Magazine recently devoted a feature article to his series of albums for New Ariel Recordings entitled Contemporary American Eclectic Music for the Piano. Additionally, he has made radio recordings for Radio Warsaw, Radio Prague, and Brazil National Radio, as well as a series of recordings of American music for the BBC. Among his many honors and awards, he was the first American pianist to receive the Commemorative Medal from the Beijing Central Conservatory, the first American pianist in over 50 years to perform as piano soloist with the Cuban National Symphony, and he recently received Artist of the Year Award from the International New Music Consortium at New York University for his work as pianist, composer, and educator. 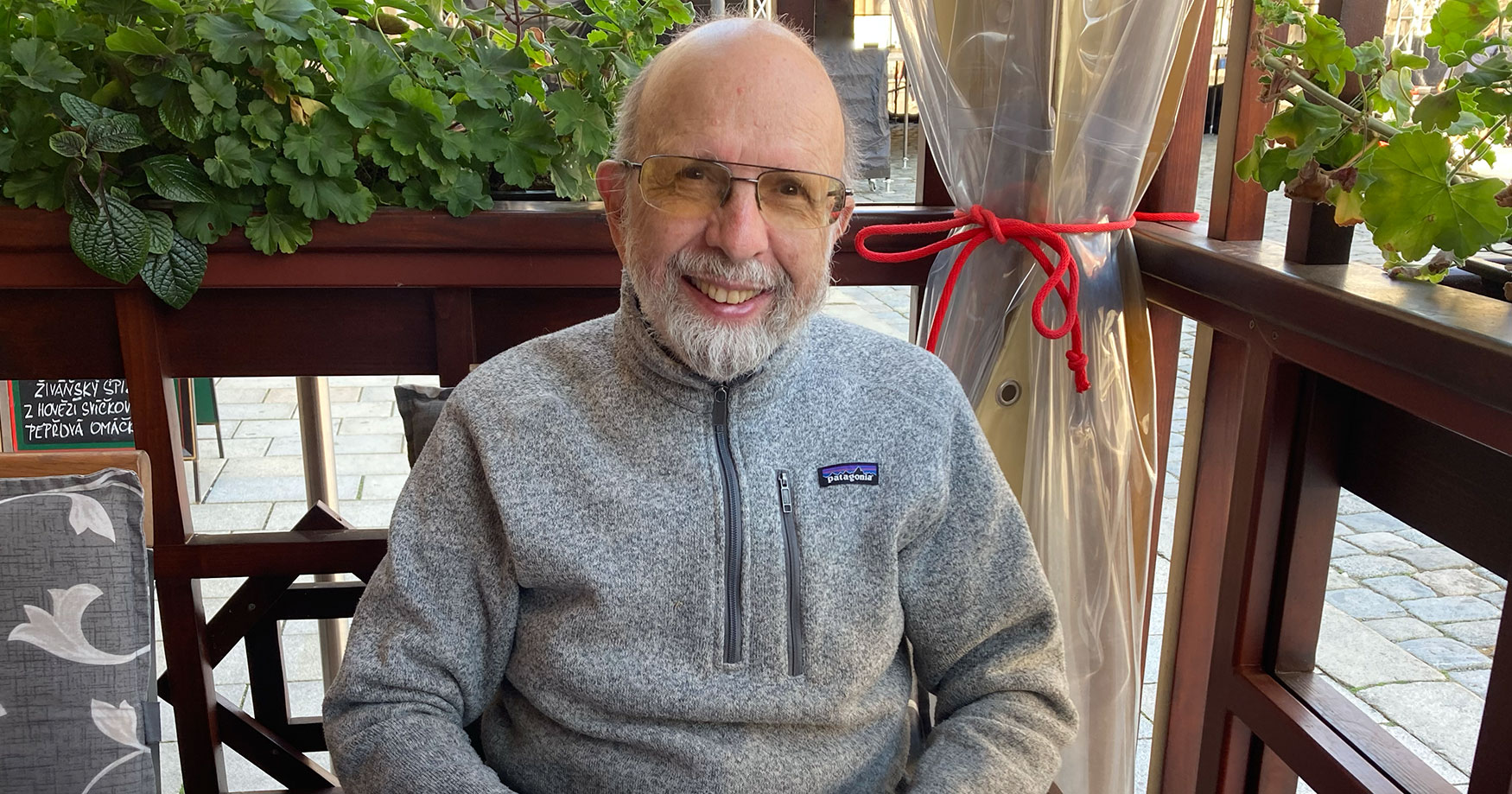 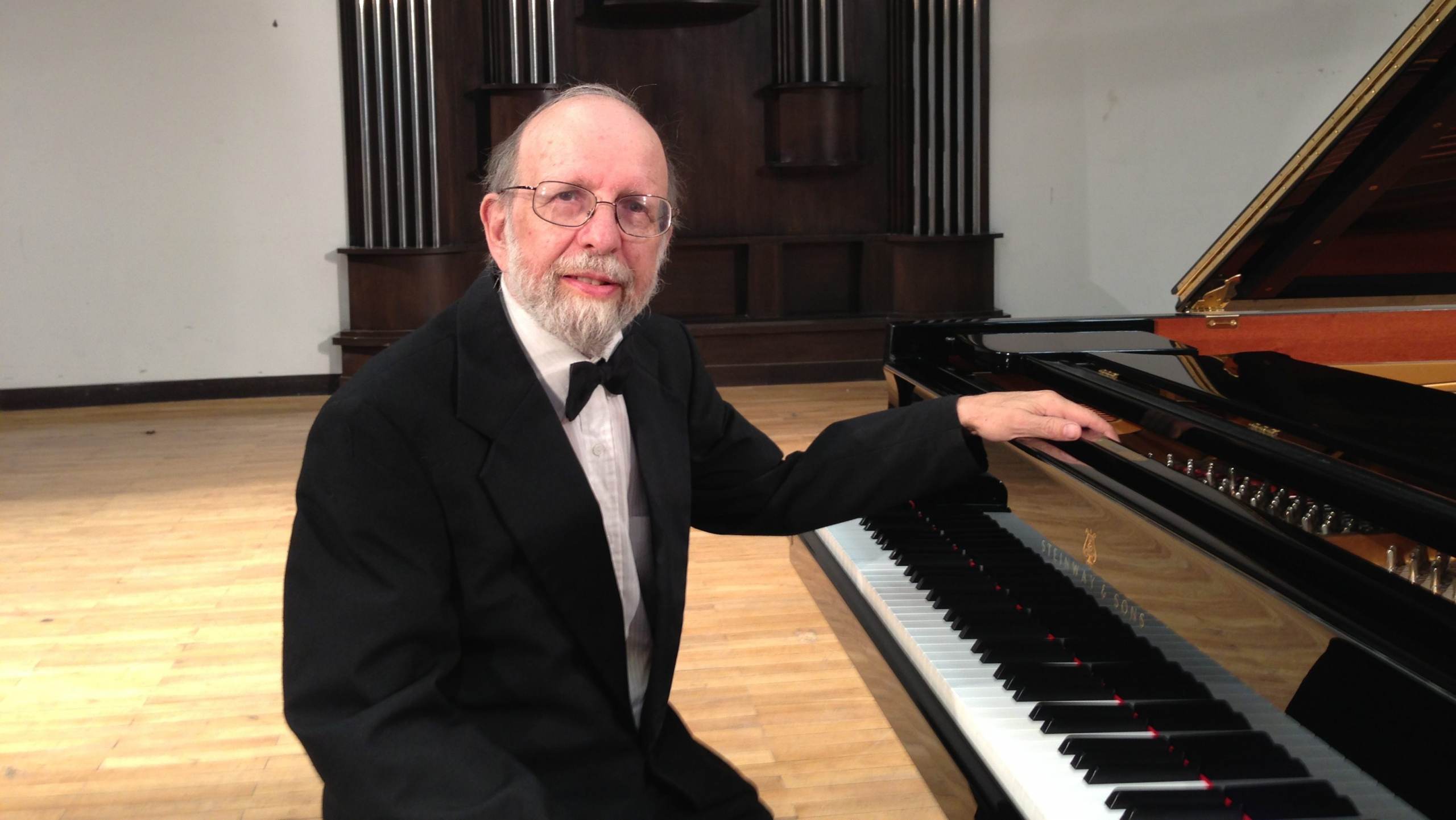 The Inside Story: Jeff Jacob and DREAMERS 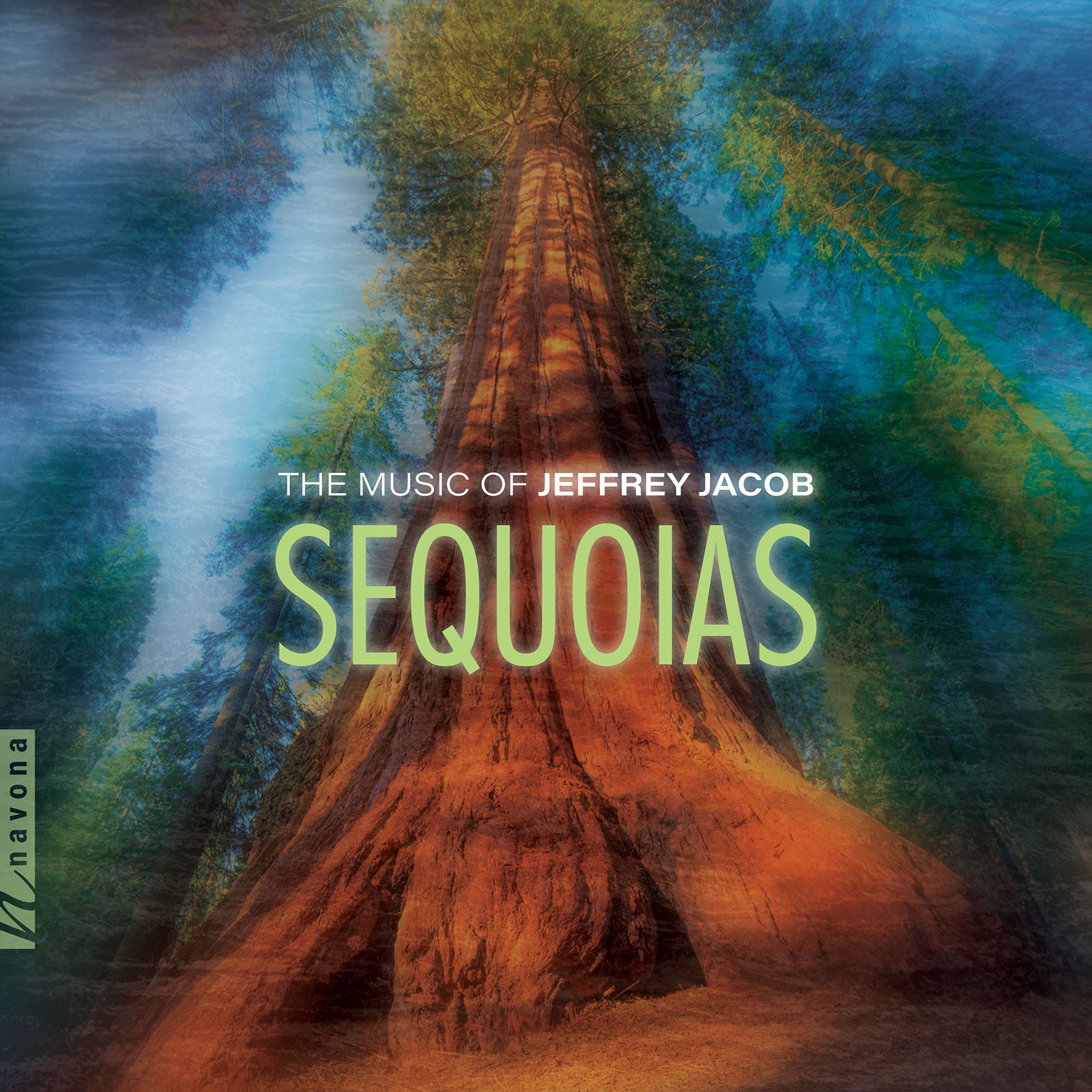 Release Date: March 25, 2022
Catalog Number: NV6411
21st Century
Orchestral
Solo Instrumental
Orchestra
Piano
String Quartet
SEQUOIAS from composer Jeffrey Jacob and Navona Records is an ode to the entrancing qualities of the natural world, echoing through music an appreciation for its transcendental beauty and concern for the devastating impact of climate change. Inspired by what he calls “cathedral-like sentinels of nature,” Symphony No. 6 meditates on the magnificence and grandeur of the tall trees towering in California’s Sierra Nevada Mountains. With other pieces inspired by the limitless reverberations conjured from the forest and the natural light that illuminates it, SEQUOIAS showcases the composer’s creative ambition and commitment to the environment.
Discover 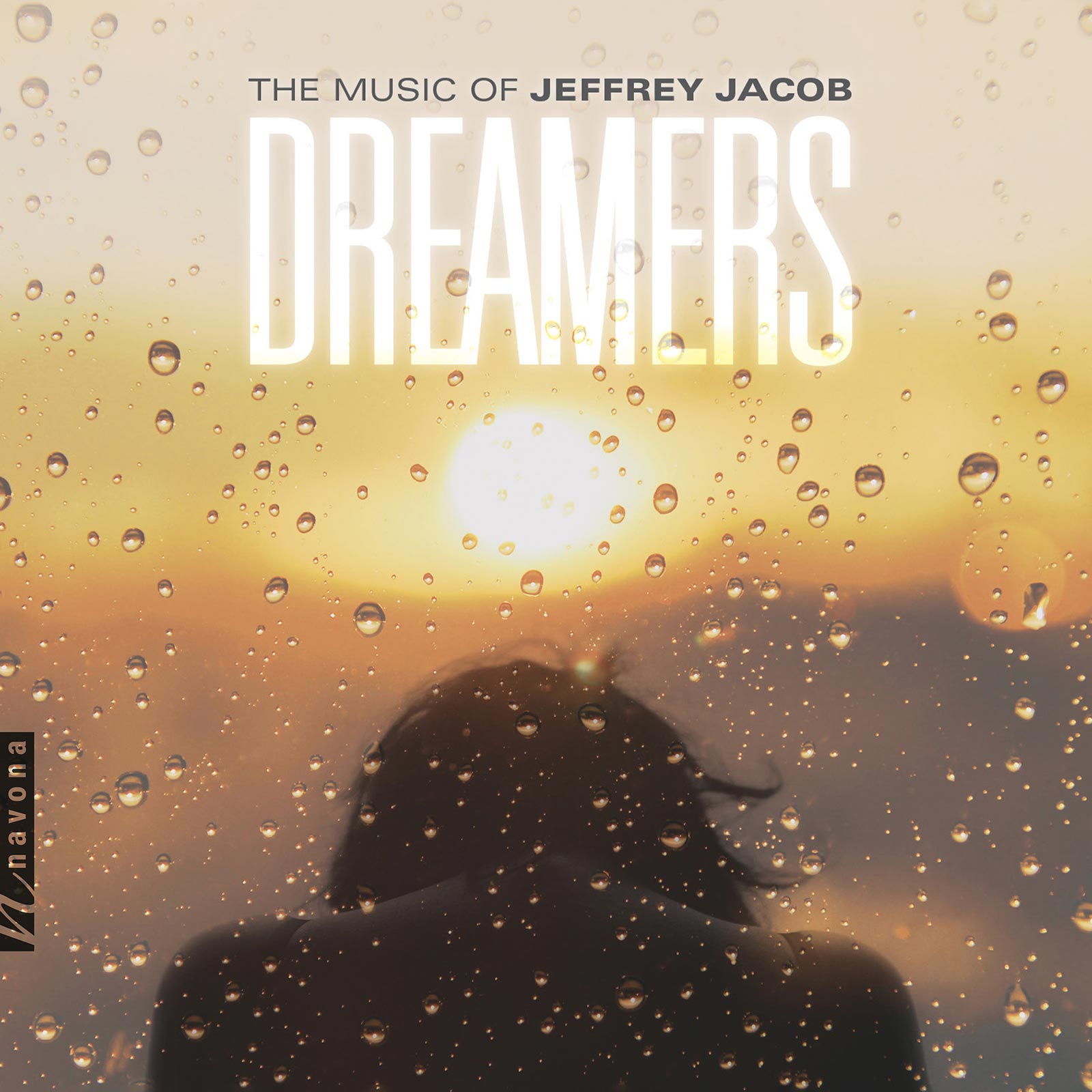 In 2016, composer and pianist Jeffrey Jacob conducted interviews with children of illegal immigrants, whose plight ended up inspiring the pianist's fifth symphony. Remarkably for a contemporary composition, the work is quite condensed timewise; nevertheless, it packs the whole gamut of human sentiment, with the movements titled I. Lagrimas [Tears], II. Fear; Grace, and III. Separation, Grief; Resolution, Triumph. 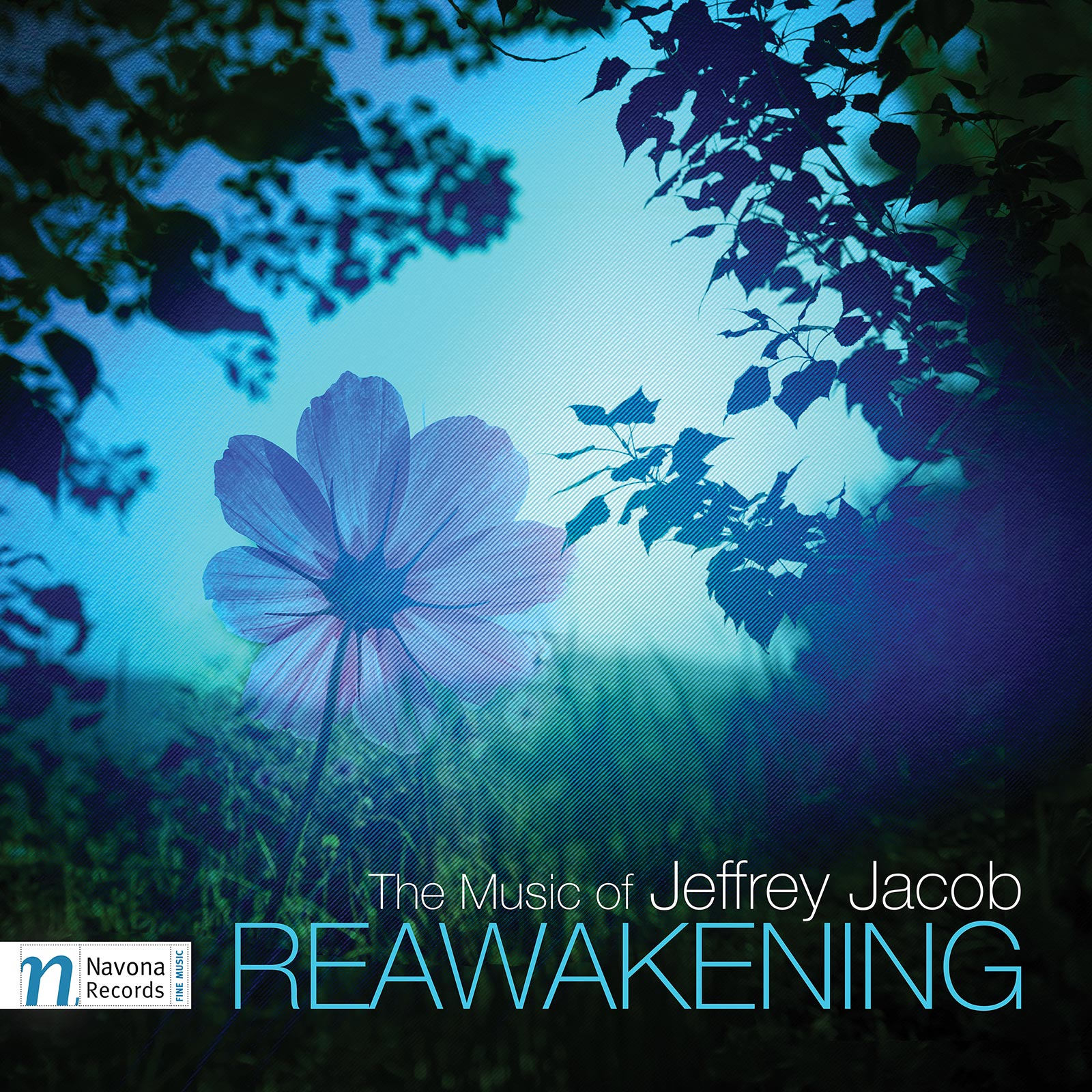 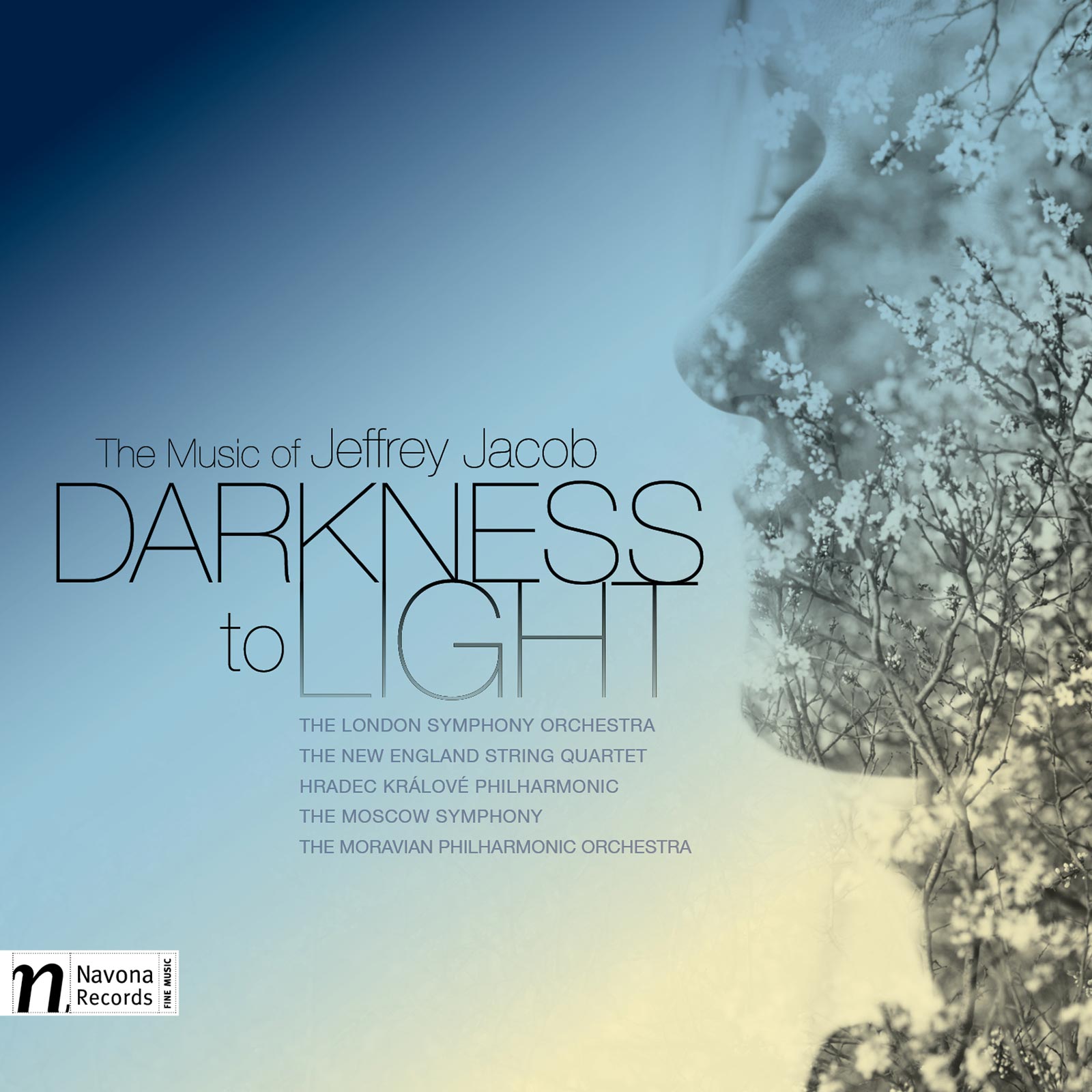 Release Date: October 14, 2014
Catalog Number: NV5974
21st Century
Chamber
Orchestral
Orchestra
String Quartet
Occasionally, moments of happiness and comfort can rise from experiences of anxiety and doubt, during which we learn about ourselves and our limits. Composer and pianist Jeffrey Jacob depicts the experiences of struggle and pain, and of triumph and joy on his debut Navona Records release DARKNESS TO LIGHT.
Discover