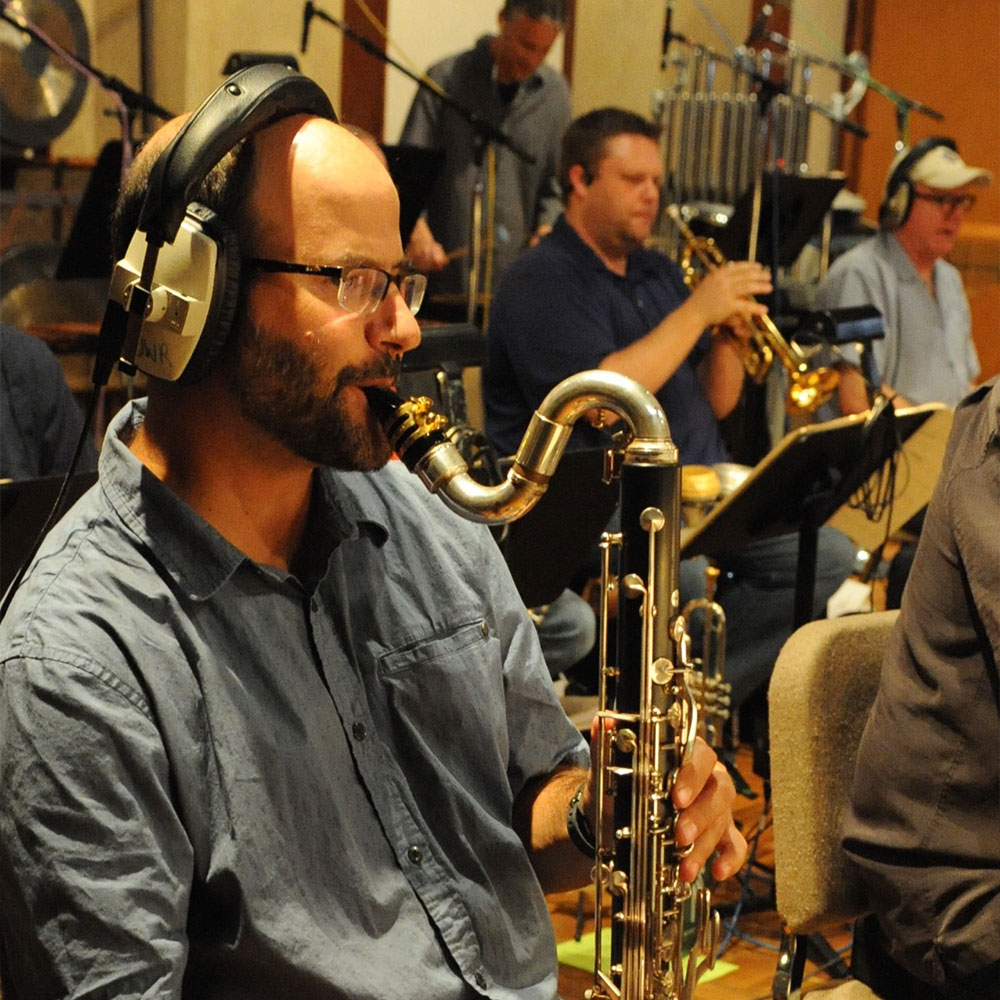 "Ranz sports a rich and resonant tone, smooth and effortless technique, thoughtful phrasing and nuance, and a stunning command of multiphonics"

As Principal of LACO, Ranz has performed concertos by Mozart, Copland, and Strauss. On the ensemble’s 2008 European tour, Ranz was featured prominently with mezzo-soprano Vesselina Kasarova in performances of Mozart’s aria from the opera La Clemenza di Tito, “Parto, ma tu ben mio,” in the Italian city of Treviso; Hanover, Hamburg, and Berlin in Germany; and in Paris, France. He has also served as Acting Principal Clarinet with the Pacific Symphony for numerous seasons as well as on the 2006 European tour.

In addition to his performances, Ranz is active in the television and motion picture industry. In August 2020, he was featured prominently playing klezmer style clarinet in the recent release of the film An American Pickle featuring Seth Rogen available on HBO MAX (the soundtrack is available on Spotify, Amazon, and iTunes). Ranz has also played on over 200 soundtracks for John Williams, James Horner, Randy Newman, Alan Silvestri, Jerry Goldsmith, Alexander Desplat, and many others. Some of the films he has played on include Star Wars Episode VII and IX, The Lego Movie 2, Toy Story 4, Men in Black, Ready Player One, and Frozen 2. As a studio musician, Ranz has been featured playing bass clarinet on films such as Catch Me if You Can and The Adventures of Tin-Tin, both by John Williams, La La Land, Christopher Robin, Ladybird, and countless others.

Ranz’s specialty in bass clarinet has played a prominent role in his career. Directly after graduating from Yale, he earned the position of Bass Clarinet in the Honolulu Symphony and a few years later achieved positions in the San Jose Symphony and the Pacific Symphony, in which he is still a member. He has been featured playing bass clarinet in three notable recordings with the Pacific Symphony: William Bolcom’s Canciones de Lorca, Richard Danilepour’s American Requiem and Lukas Foss’s piano concertos. He has played prominent parts in numerous performances with the Los Angeles Philharmonic, including regular appearances in their Green Umbrella series, working with Gustavo Dudamel, John Adams, Esa Pekka Salonen, and many other great conductors. Ranz is also a very passionate instructor of the clarinet. He is on the faculty as Lecturer in Clarinet at the UCLA Herb Alpert School of Music and the Biola Conservatory of Music. Originally from New York, Ranz attended Fiorello H. LaGuardia High School of Music & Art and Performing Arts. He went on to receive his bachelor’s degree at Harvard College, majoring in music composition and analysis. He then received his Master of Music at the Yale School of Music, where he studied with David Shifrin. Ranz and his wife, oboist Lelie Resnick, have two sons, Jonah, born in October 2006, and Nathan, born in November 2009.

The Inside Story: Joshua Ranz and THREE CELLO SUITES 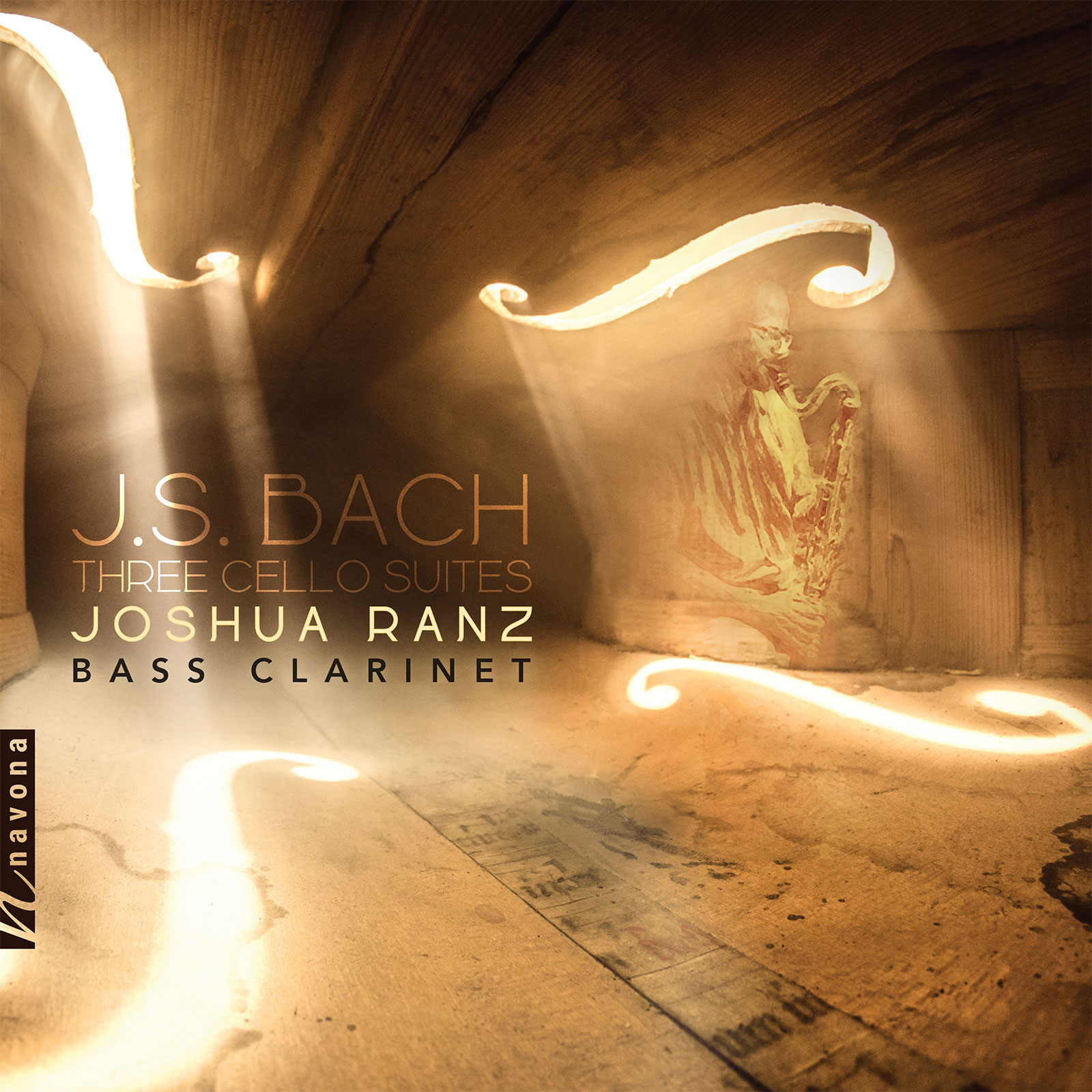 Release Date: April 23, 2021
Catalog Number: NV6340
Baroque
Solo Instrumental
Clarinet
THREE CELLO SUITES from clarinetist Joshua Ranz and Navona Records is a truly groundbreaking take on Bach’s legendary works; In this album, for the first time ever, listeners may enjoy three unabridged cello suites by Bach arranged for the bass clarinet. Ranz selected Suites 1, 4, and 2 for this recording because, together, they form a cohesive and dynamic whole.
Discover