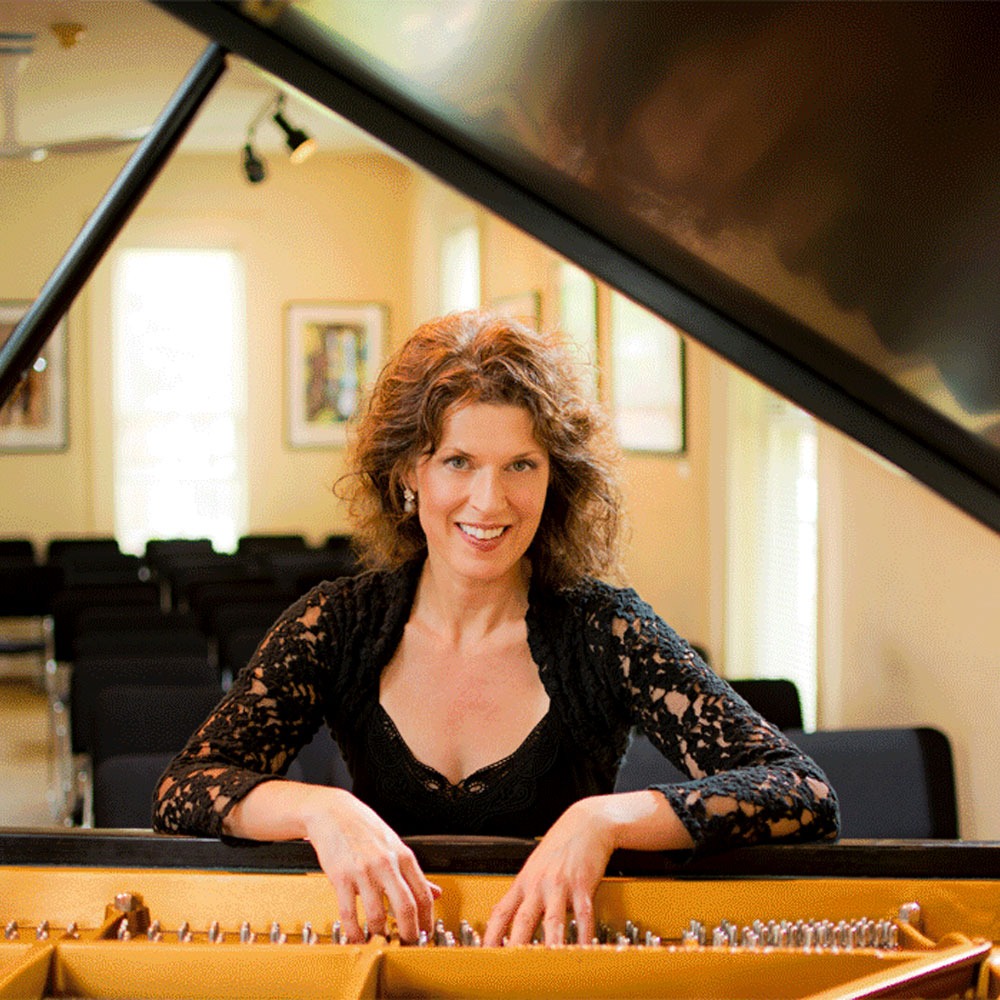 Pianist Kathryn Goodson, an international performer, teacher and coach, has performed collaborative recitals with vocalists and instrumentalists throughout the United States, Europe and Japan. In 2013-2014, she was a recital partner at the Detroit Institute of Arts, the Italian Embassy in Washington, D.C., Stanford University, the Grand Teton Music Festival and the first-ever Alumni-Konzert at Karlsruhe Musikhochschule in Germany.

Recordings of Ms. Goodson’s work have been released by Equilibrium, Block-M and Innova and include collaborations with soprano Caroline Helton, saxophonist Timothy McAllister and bass trombonist Randall Hawes. Belle Nuit is a 2014 release of French romantic music, which Ms. Goodson curated and produced for Parma-Navona Records. Featured partners are Hawes and McAllister, as well as saxophonist Donald Sinta and hornist Gail Williams.

As master class teacher and coach, Ms. Goodson has presented Songs4Winds at several American schools and Amerikanisches Lied in Europe and Asia. She served on the piano faculty at Eastern Michigan University, and has been a coach/pianist for the University of Michigan School of Music, Theater and Dance since 2002. Ms. Goodson’s summer coaching venues have included the Pokorny Low Brass Seminar, the Fresno Opera and Orchestral Academy and the Pine Mountain Music Festival.

As a collaborative pianist, Ms. Goodson has toured throughout Europe since her exchange as a Fulbright scholar to Germany in 1992 and, since 2007, has been an ensemble guest of both the Detroit and Ann Arbor Symphony Orchestras. Ms. Goodson is an energetic advocate of community outreach for orchestras, churches and music schools. The Ann Arbor Symphony Orchestra KinderConcerts, free chamber music designed for toddlers, for which Ms. Goodson is original pianist, is in its tenth season. Ms. Goodson is artistic
director of Concerts4aCause (begun in 2007), a multi-church benefit series in Ann Arbor, and she has been directly involved in the planning of three Charles Ives festivals.

Ms. Goodson earned a DMA in Collaborative Piano with Martin Katz from the University of Michigan. Other degrees include a BM in Piano Performance with Robert Shannon from Oberlin Conservatory, and the Konzertexam in Liedgestaltung (Art Song) with Hartmut Höll, from the Musikhochschule Karlsruhe, in Germany. 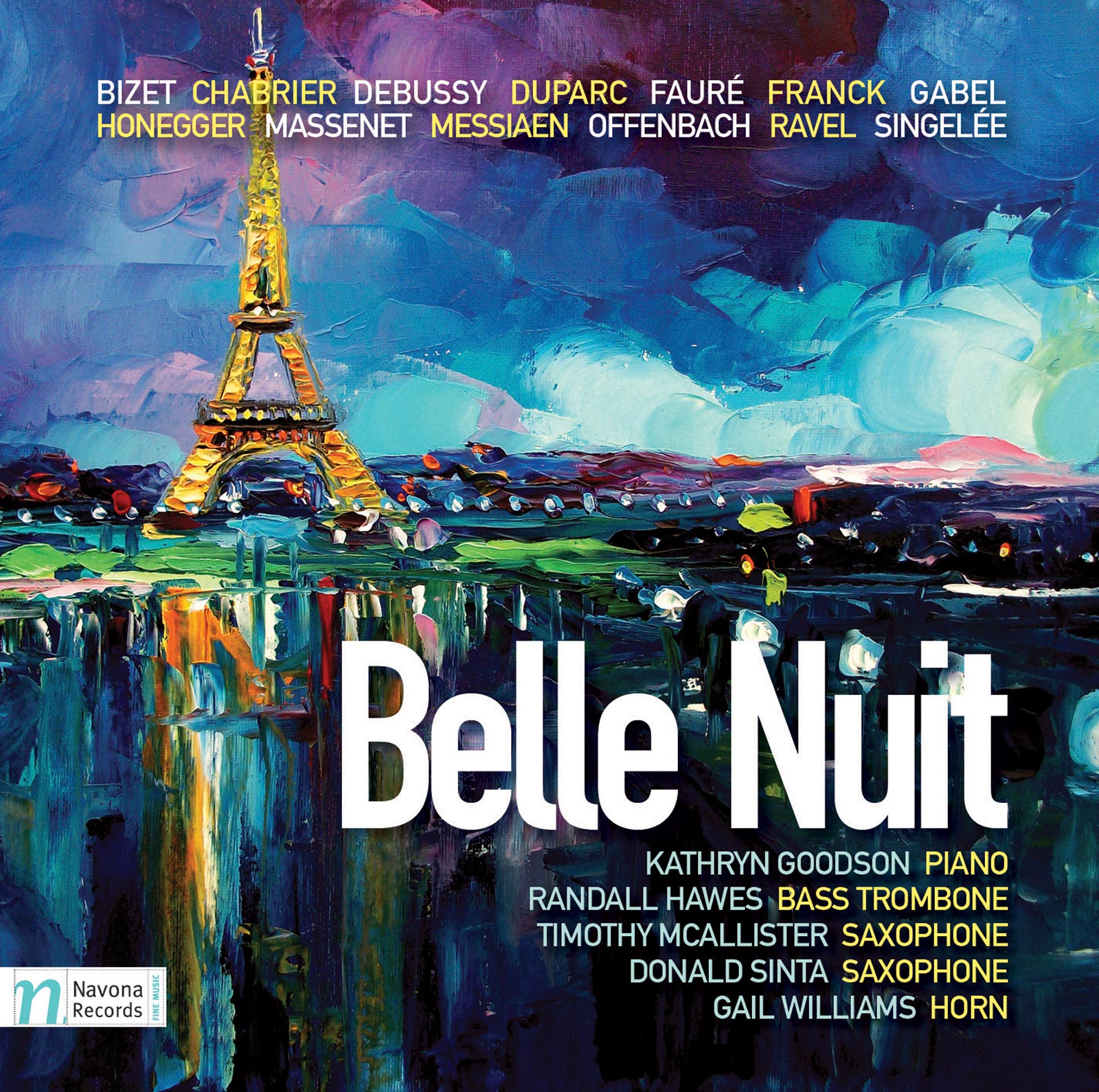 Release Date: November 1, 2014
Catalog Number: NV5983
21st Century
Chamber
Piano
Saxophone
Trombone
A stroll along the Seine - Notre Dame reflected in the waters below - the Eiffel Tower illuminated in evening skies - bistro conversations echoing in the streets of the Left Bank. Parisian scenes such as these come to mind when listening to the nuances of pianist Kathryn Goodson's debut Navona Records release, BELLE NUIT, a collection of works from the La Belle Époque and beyond, with arrangements for piano and wind instruments.
Discover