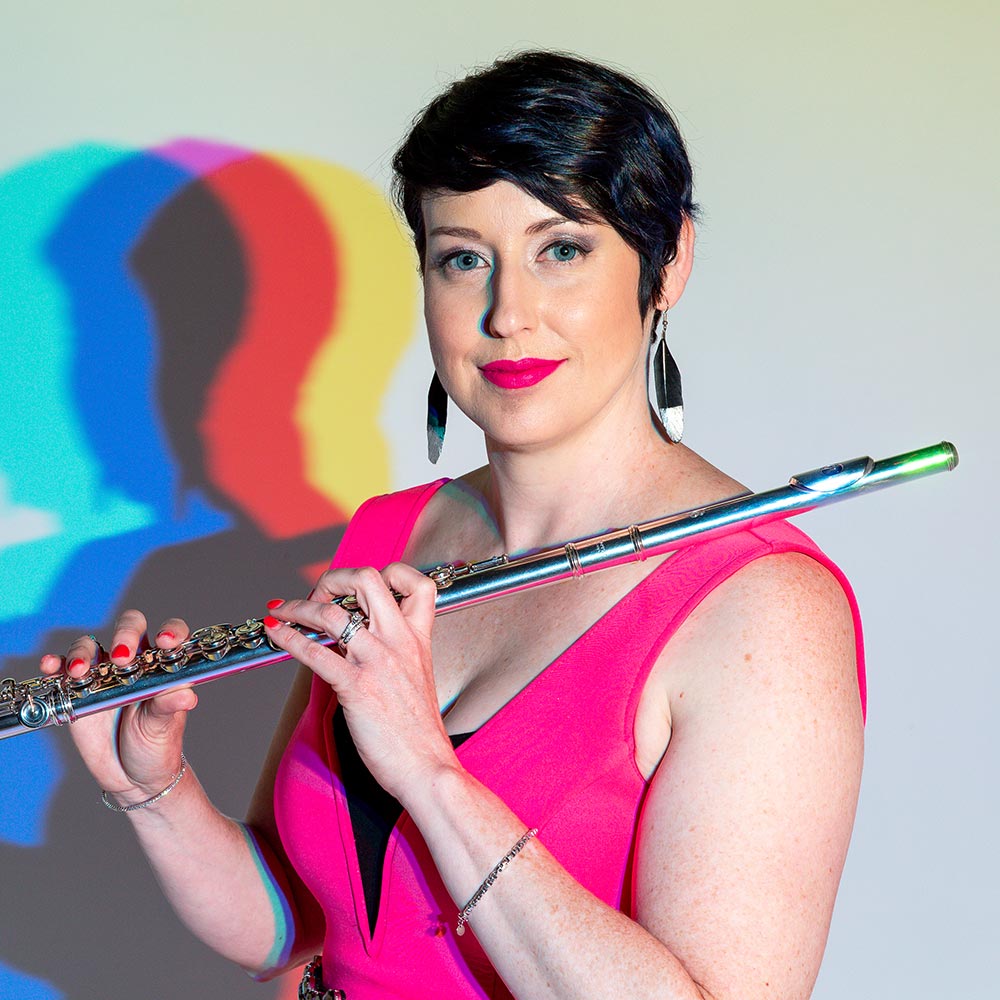 "Goodman’s crystal sound commands attention, and her technique is impeccable."

Flutist Lindsey Goodman is a soloist, recording artist, chamber collaborator, orchestral musician, educator, and clinician whose “palette of tone colors includes cool silver, warm chocolate, the bright colors of a sunrise, and the deep blue of midnight.” (The Flutist Quarterly) Renowned for her “energy and artistry, conveying her exuberance and creativity” (Pittsburgh in the Round), Lindsey has performed solo and chamber concerts, taught masterclasses, and given presentations at countless series, festivals, and universities. Performances “played with conviction” (New York Times) have been heard across three continents, including at Carnegie Hall, Eastman School of Music, Edinburgh Festival Fringe, Oberlin Conservatory of Music, Google headquarters, University of Cincinnati College–Conservatory of Music, several National and Canadian Flute Association conventions, across China, and on Nobody Listens to Paula Poundstone.

A committed advocate for living composers and electroacoustic music, Lindsey “appears to know no fear in tackling the most demanding music” (Pittsburgh Tribune-Review) and is an active commissioner of new works with 155 world premieres to her credit. For over 18 seasons, she performed as solo flutist of the Pittsburgh New Music Ensemble. On her debut solo album, reach through the sky (New Dynamic Records), Lindsey “performs impeccably with superlative elegance and flair” (The Flute View), and her second solo release, returning to heights unseen (PARMA Recordings), is “a feast of sound and texture, showcasing her skill as a flutist and an interpreter of contemporary music”. (The Flutist Quarterly) Both feature all commissioned pieces. Her third solo album, Etereo (PARMA Recordings), is “an enthralling album of new works for flute” (The Flute View), and she can also be heard in solo, chamber, vocal, and orchestral performances on the New World, Albany, and New Focus labels, among others. Lindsey has given multiple professional recitals in New York City, performed concertos from Mozart to commissioned works across the United States and Canada, and been featured in live and recorded radio broadcasts on stations around the world.

Lindsey is principal flutist of the West Virginia Symphony Orchestra, adjunct lecturer of flute at Marietta College, Ashland University, and Glenville State College, and solo flutist of the new music ensemble What Is Noise. She is a founding member of flute quartet PANdemonium4, the Leviathan Trio (flute, cello, and piano), and Chrysalis, a singing flutist and singing pianist duo, showcasing her training as a classical mezzo-soprano. A student of Robert Langevin and Walfrid Kujala, Lindsey received degrees from the Manhattan School of Music, Northwestern University, and Duquesne University. She resides in central Ohio with her husband, percussionist, composer, and educator Chris Carmean, and their dog Jack. 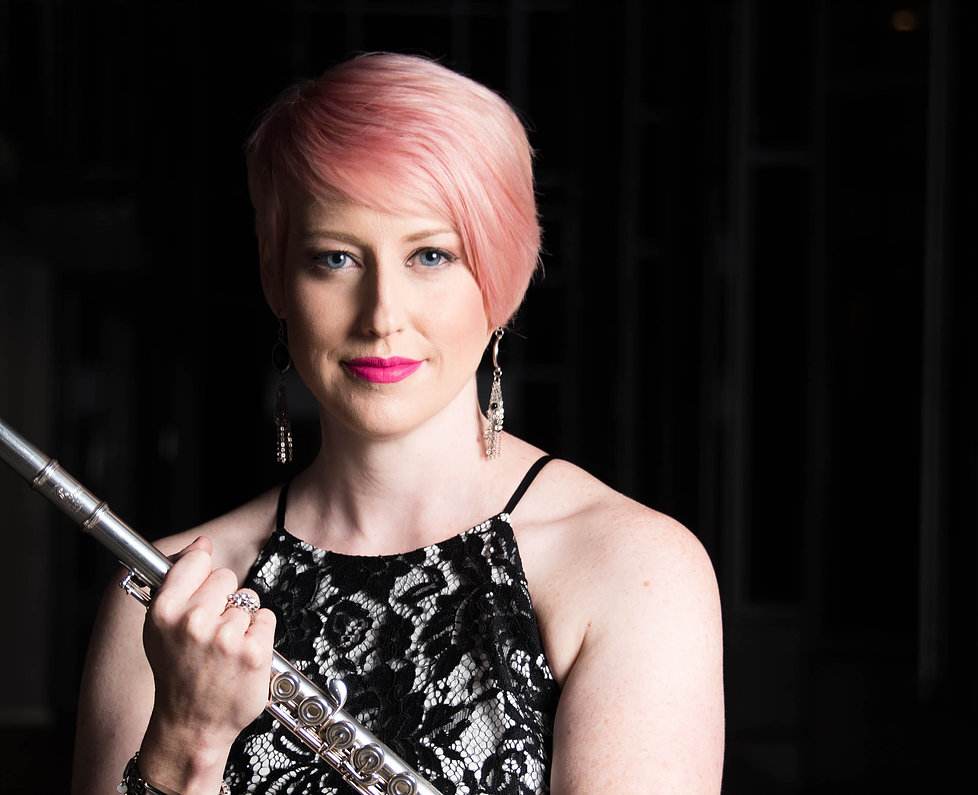 THE INSIDE STORY: Lindsey Goodman and RETURNING TO HEIGHTS UNSEEN 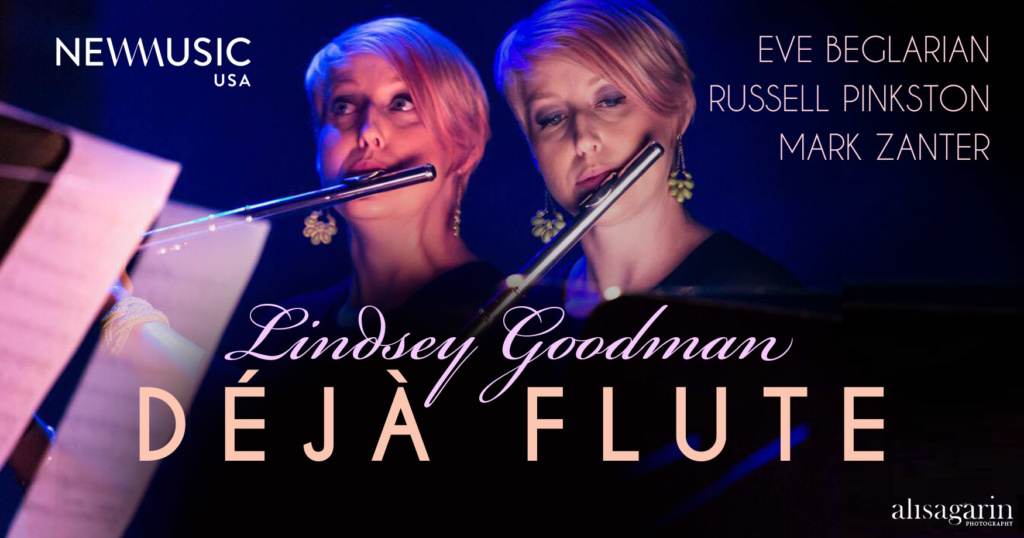 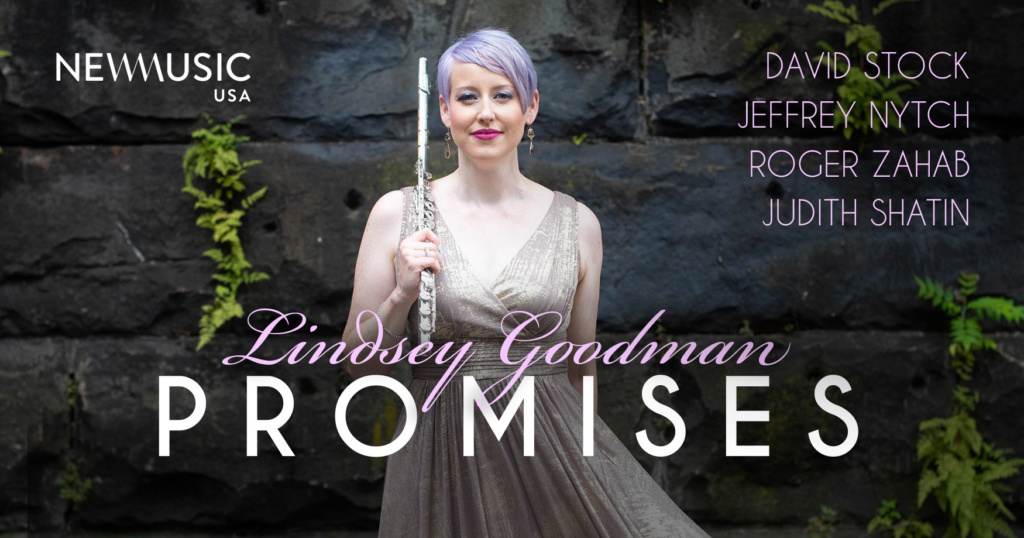 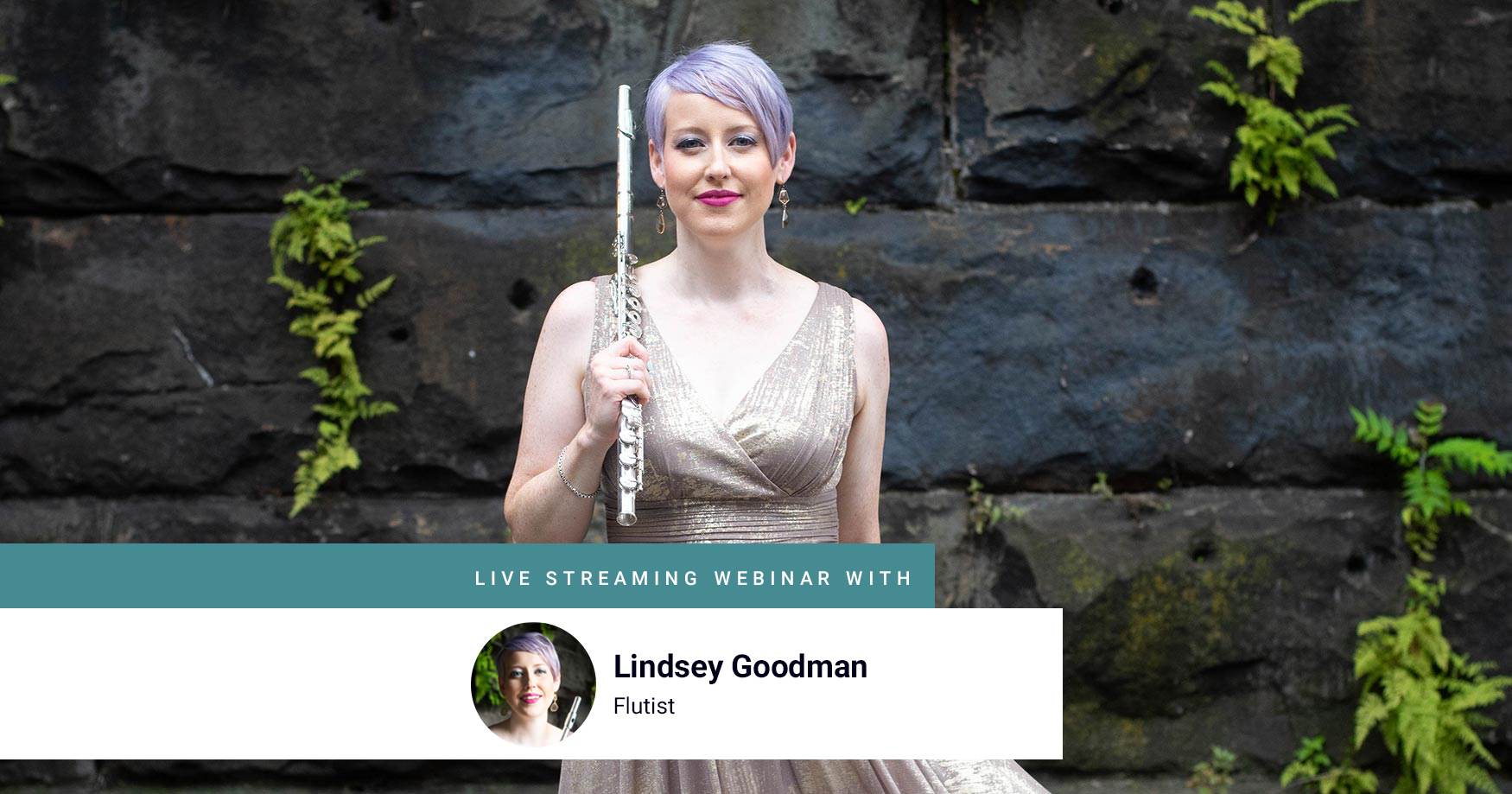 Flute Forward: A Contemporary Perspective on Writing for Flute 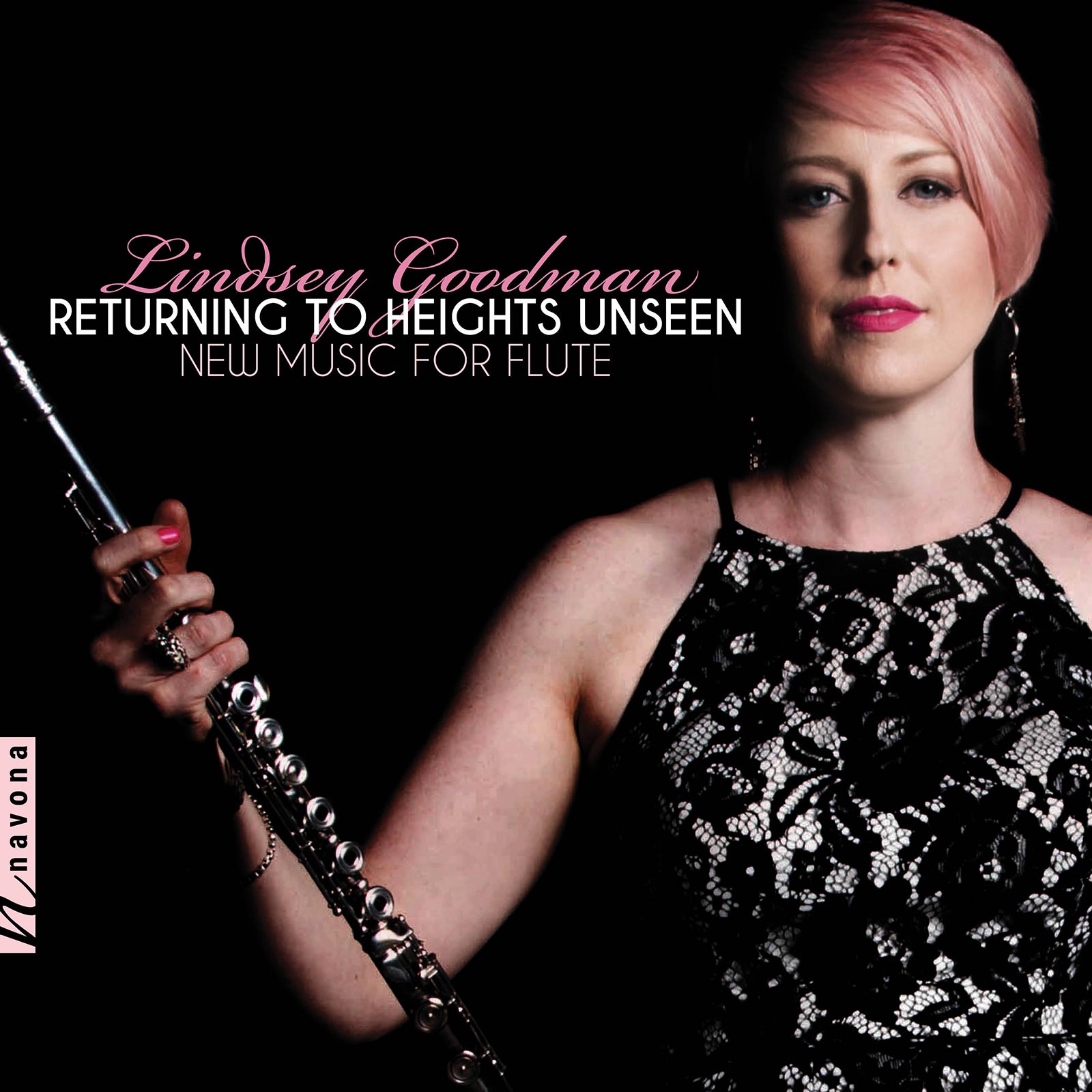 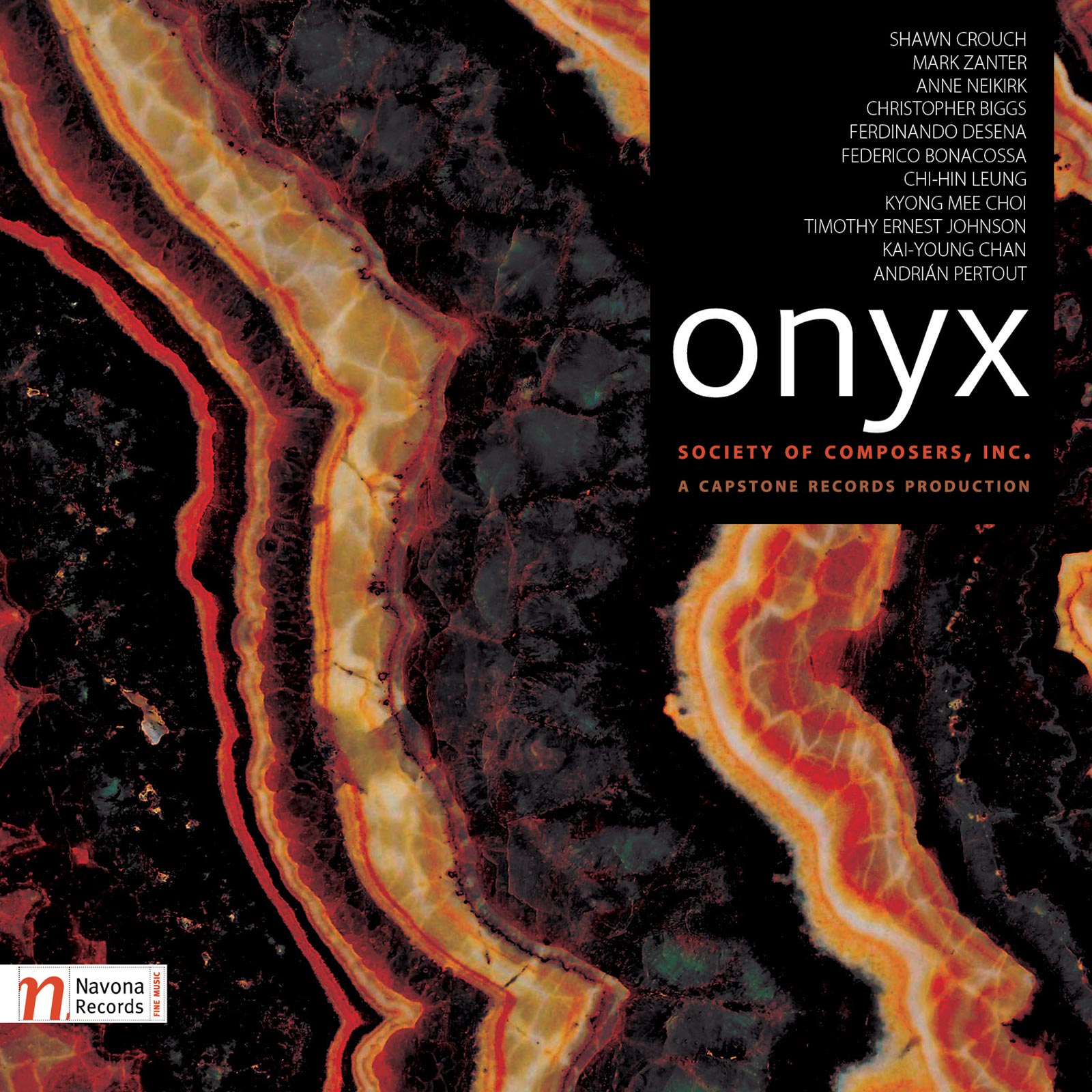 Release Date: January 8, 2016
Catalog Number: NV6020
21st Century
Chamber
Flute
Navona Records presents ONYX, the 29th edition of the acclaimed Society of Composers, Inc. CD Series and the fifth SCI release on the label. Founded in 1965, SCI celebrates their 50 year anniversary with the release of this album, marking their continued dedication to the promotion, performance, understanding, and dissemination of new and contemporary music.
Discover