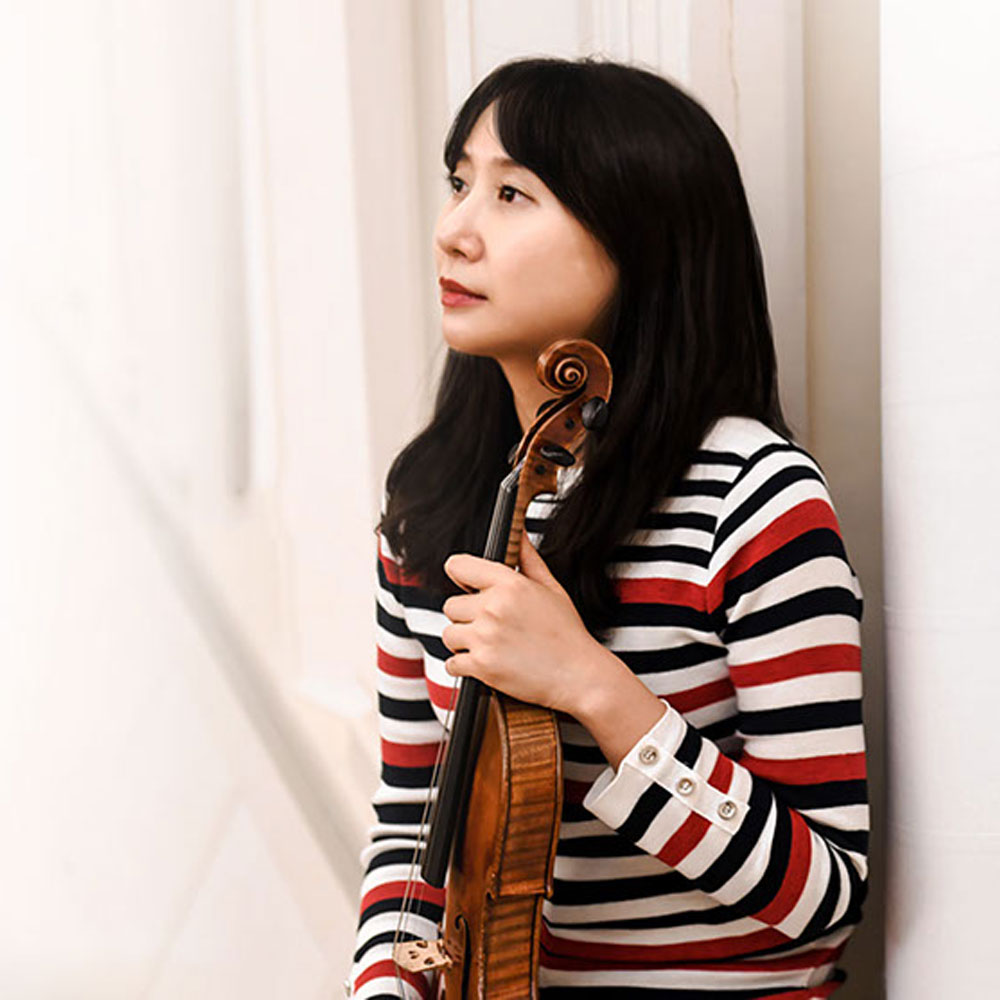 Acclaimed violinist Moonkyung Lee, described by ResMusica as “one to follow,” has delighted audiences across Europe, the United States and Korea with her expressive performances. She has collaborated with many world-class ensembles, conductors, and performers, and is celebrated as an “expressive soloist” (Fanfare Magazine).

Lee’s debut recording of Tchaikovsky Works for Violin and Orchestra, released on Navona Records with the London Symphony Orchestra and double Grammy-winning engineer Steve Price, received enthusiastic praise from audiences and critics alike. Fanfare Magazine noted that “her articulation is frequently a joy; her sense of legato enables the central Canzonetta to enter a different, more immediately Tchaikovskian, world.”

Meanwhile, ResMusica noted that it was, “a fine performance, a perfectly successful bet, an admirable phalanx” and that Lee “justifies the attentive listening of this CD”. Music Web International noted that, “Lee sounds… involved, passionate… while keeping a firm grip on the musical elements.” According to The Whole Note, “certainly the performances seem to get closer to the heart of the music,” and Gramophone Magazine applauded Lee for her “satisfying mahogany tone” and the finale of the Tchaikovsky Violin Concerto which “really dances.”

Tchaikovsky Works for Violin and Orchestra won the silver medal from the 2017 Global Music Awards, and Canada’s CFBX FM selected it as their ‘Top 5 Classical Albums’. Also, chosen by Spotify for their ‘Classical New Releases’ playlist, Sérénade mélancolique, Op. 26 has gained over 50,000 streams.

Also an active scholar and pedagogue, Ms. Lee has written for The Strad Magazine, a faculty of the New York University and is currently adjunct professor of violin at the University of Seoul.

Ms. Lee is the recipient of many awards and scholarships including the Luigi Zanuccoli International Competition, the Padova International Competition, the New York University Concerto Competition, the Yale Chamber Music Celebration, and an NYU/Steinhardt Doctoral Fellowship for Ph.D. Studies (of which she was the first ever classical string performer recipient). Lee frequently gives recitals in New York, Boston, and Seoul, making her New York debut at the Merkin Concert Hall at the Kaufman Center. Her two recitals in Seoul during 2015 were sponsored by the Arts Council Korea. She has often featured as a solo performer on Korea’s national television station, KBS, on its ‘Classic Odyssey’ program which is solely devoted to classical music. She has also participated in many music festivals such as the International Summer Academy Mozarteum in Salzburg, Austria and the Banff Center for the Arts in Banff, Canada. 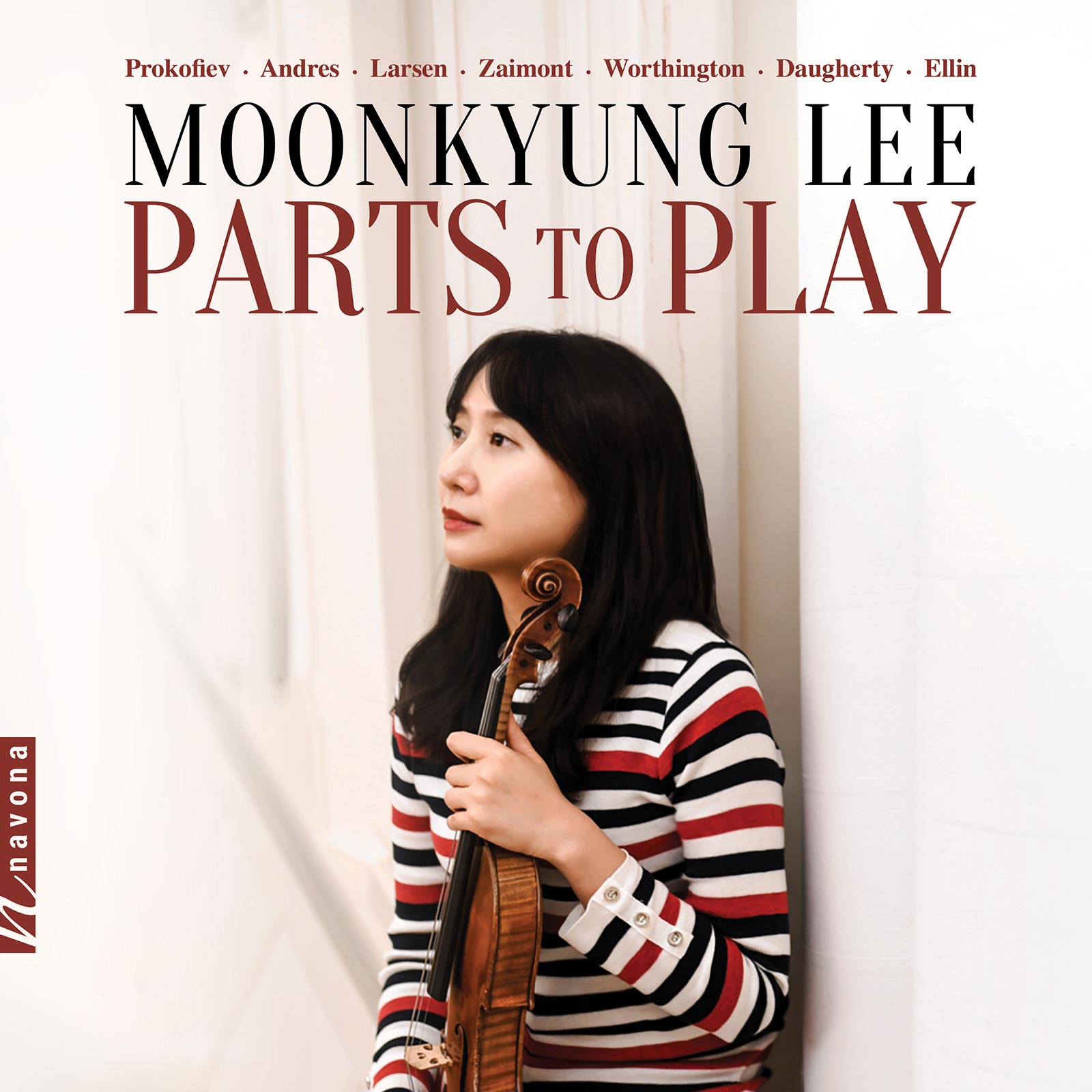 Release Date: June 8, 2018
Catalog Number: NV6165
20th Century
21st Century
Chamber
Solo Instrumental
Piano
Violin
On PARTS TO PLAY, critically acclaimed violinist Moonkyung Lee turns from the symphonic environment of the critically lauded label debut, TCHAIKOVSKY, on which she performed with the London Symphony Orchestra, to a more intimate setting, with only pianist Martha Locker as her partner on a selection of works that include both stunning solo performances and intricate yet simple duets.
Discover 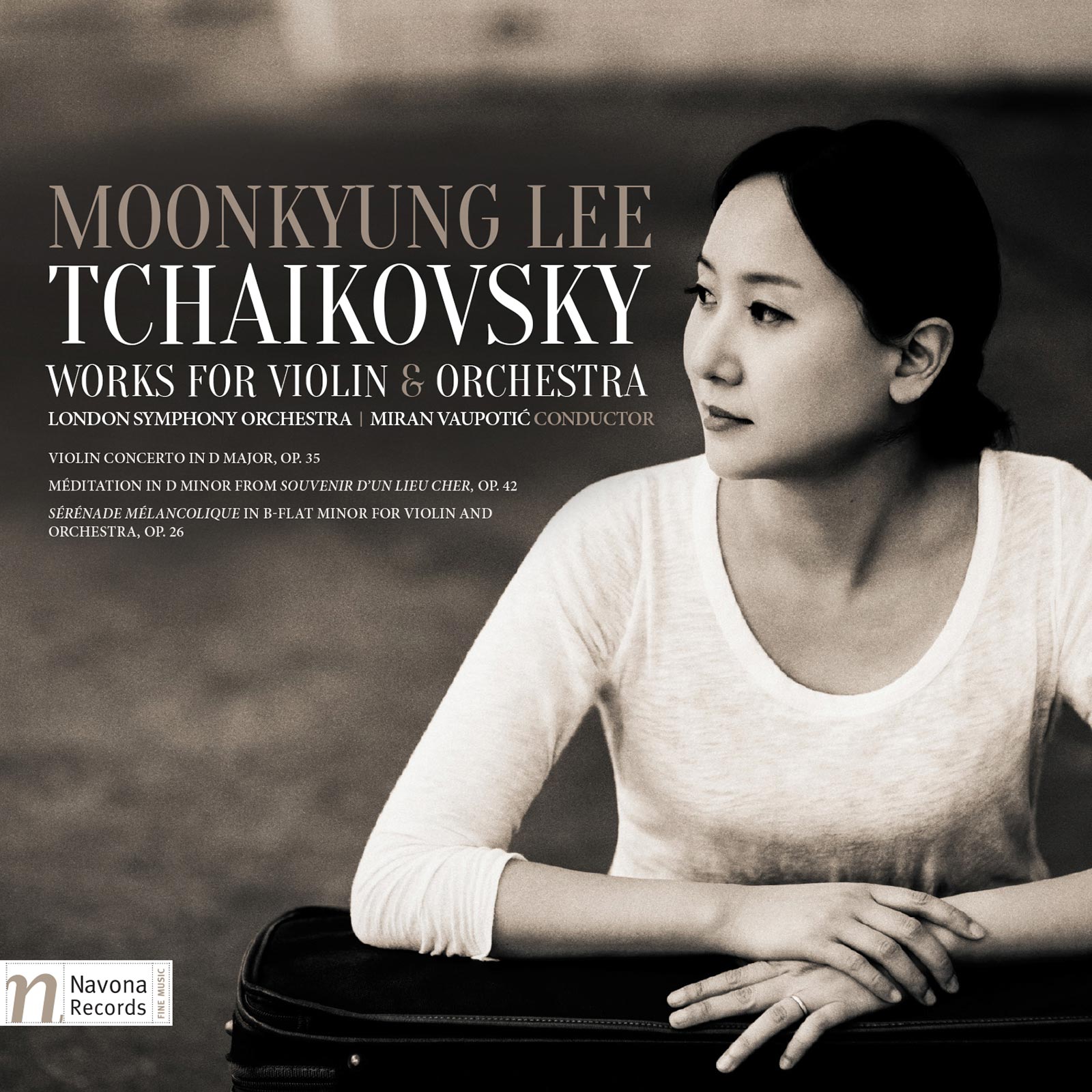