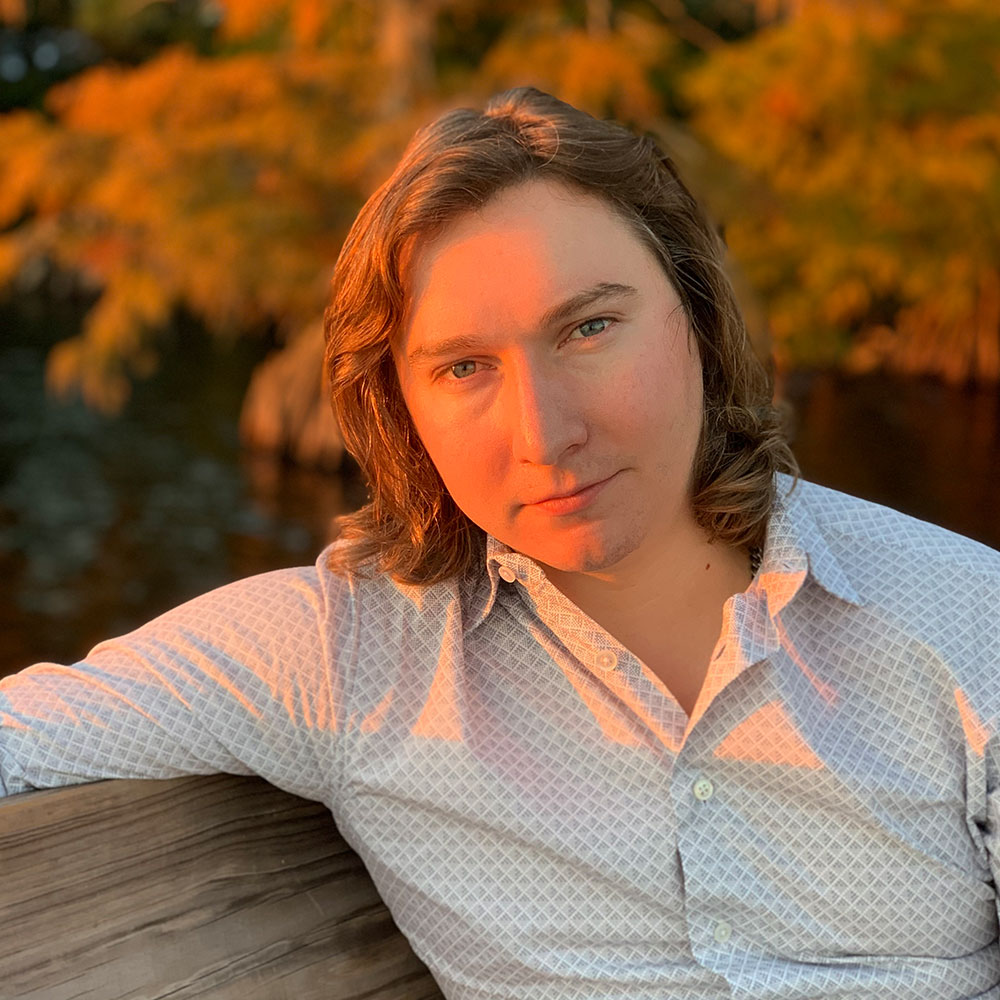 Dayton’s creative output is directly shaped by his relationships and life experiences. Many of his works use visual art or poetry as the spark for an artistic response. His works responding to contemporary painters have generated friendships and connections across the globe, from England to Peru. Current projects include a tribute to the late Peruvian painter Fernando de Szyszlo for accordion and guitar quartet and an album of Dayton’s compositions inspired by the paintings of British artist John Hitchens, the latter releasing in conjunction with the artist’s 80th retrospective in April, 2020.

Dayton’s passion for literature has resulted in over a dozen settings of poems in art songs and choral works, focusing on 20th-century and contemporary poetry. In addition to his settings of modern American poets, Dayton wrote the libretto for his own chamber opera May She | She May about the poet Gertrude Stein’s first love affair.

His “interesting and promising debut” (Whole Note) album of chamber music, NOTES TO LOVED ONES, presents pieces for piano and strings that “practically hum with the intensity of love and life, and they are presented in sequence in a way that makes the process of listening to them feel like looking through a beautiful photo album” (American Record Guide). Selections of Dayton’s orchestral and choral music are available on compilation albums released by Ablaze Records. These works include Daytons From Sombre Lands, after a painting by John Hitchens, and selections from the ongoing An American Mass cycle of choral settings of modern American poetry.

An involved member of local, national, and international musical communities, Dayton has studied in England and Sweden, taken part in festivals and conferences in Louisiana, Colorado, Pennsylvania, Wyoming, Italy, and Spain, organized concerts of his work in Ohio, Tennessee, and Maryland, and exhibited his music at the Violin Society of America, Chamber Music America, and American Choral Directors Association conventions. Dayton was selected as a Composer Fellow for the Intimacy of Creativity Conference in Hong Kong in April, 2019. 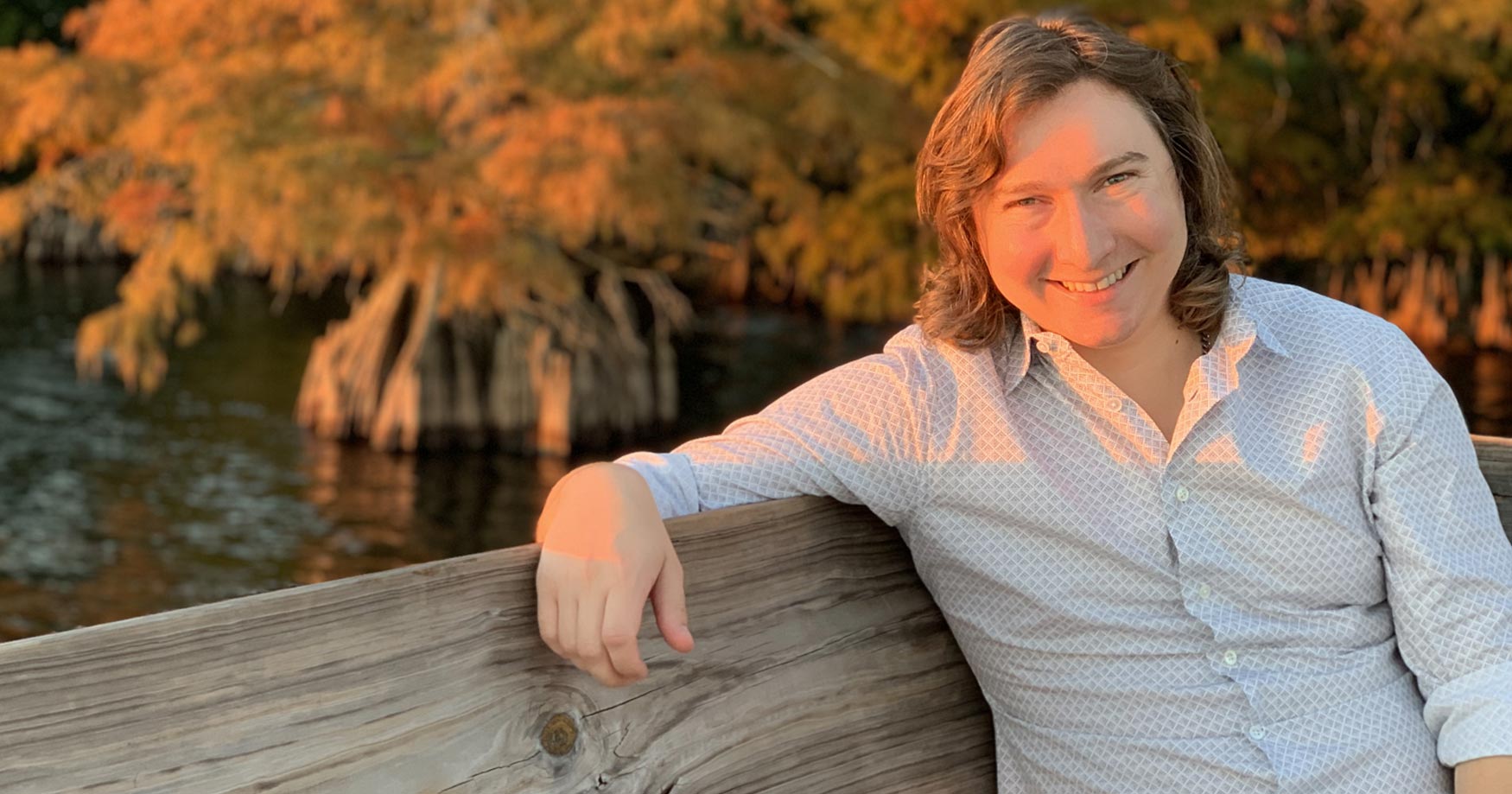 The Inside Story: Peter Dayton and STORIES OUT OF CHERRY STEMS 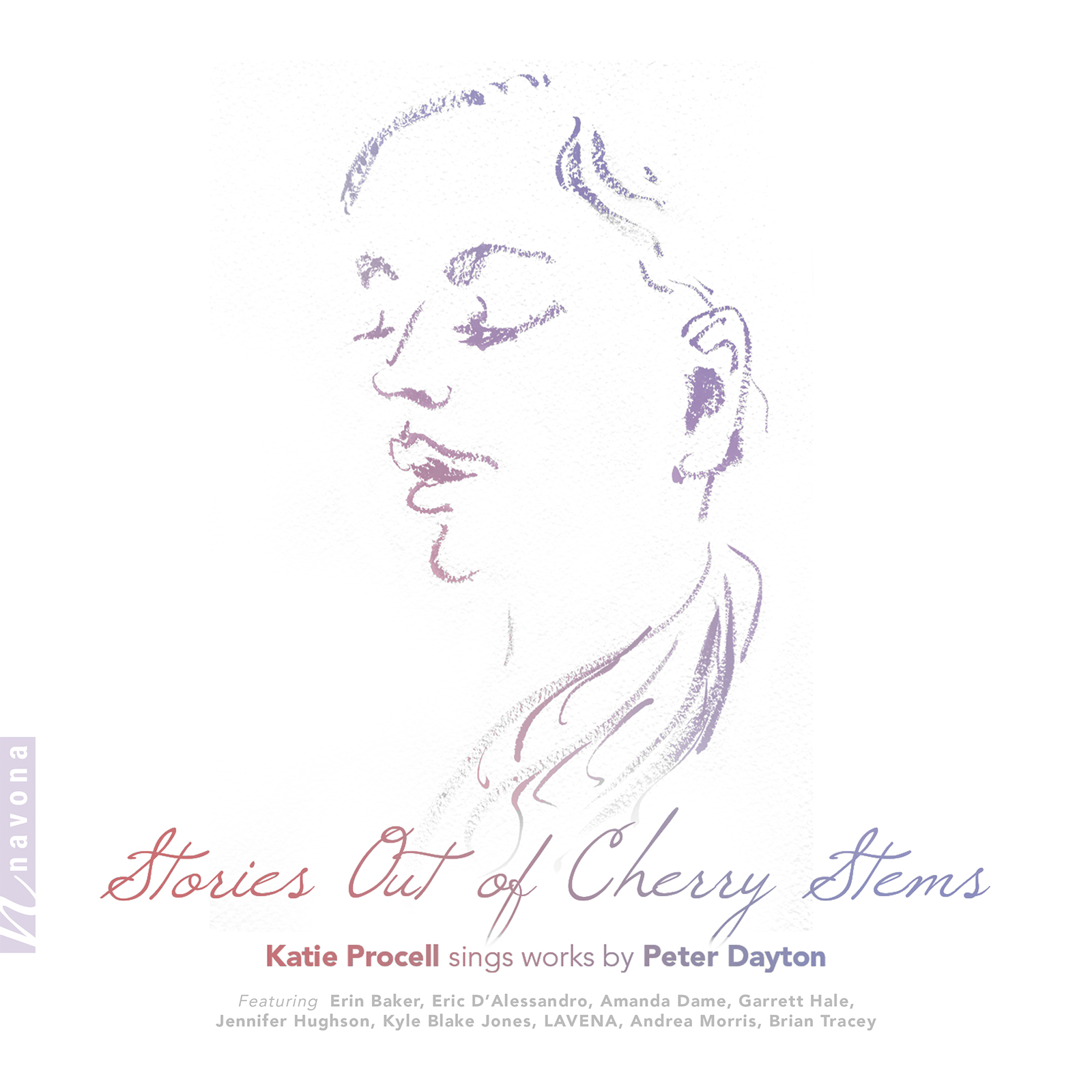 Stories Out of Cherry Stems 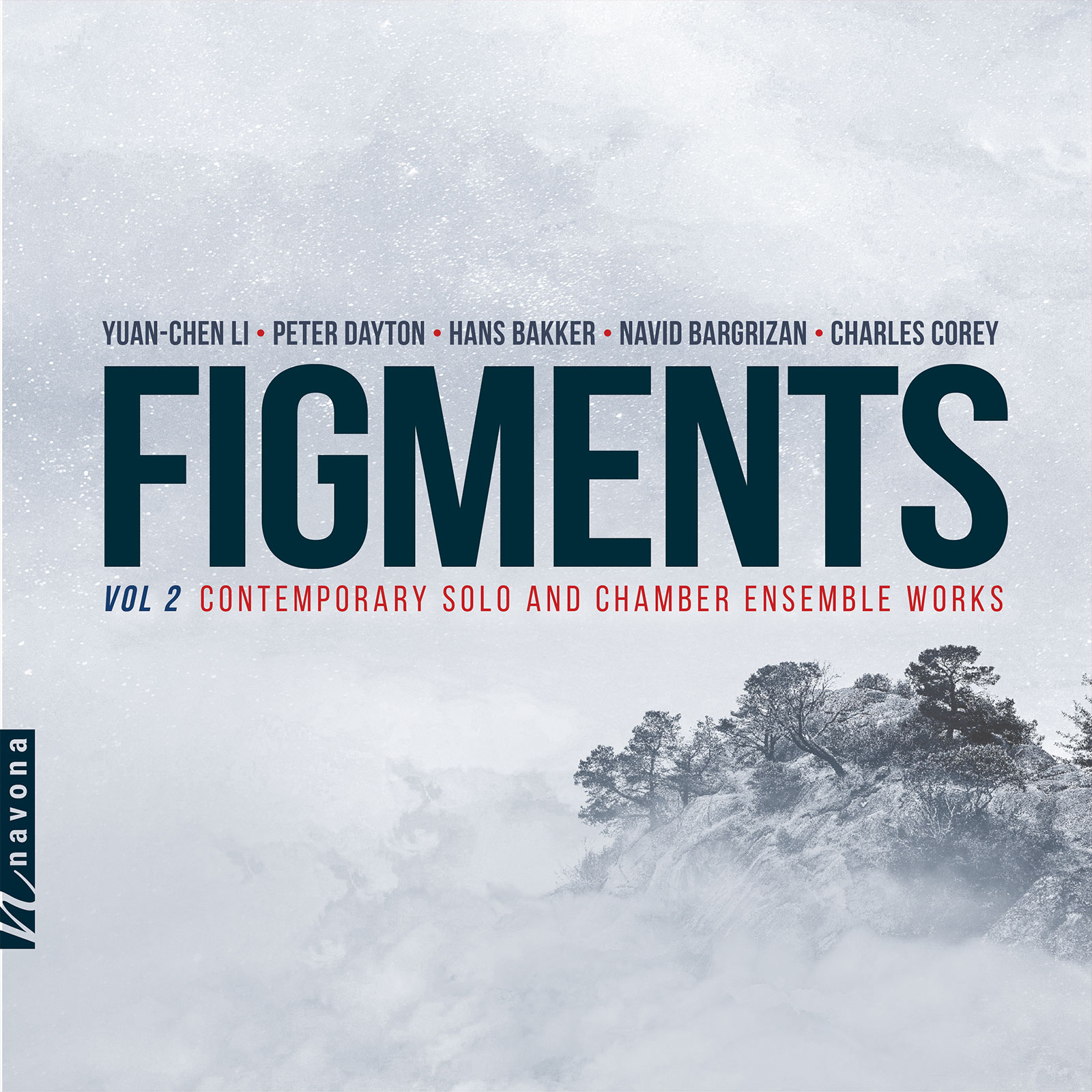 Release Date: November 15, 2019
Catalog Number: NV6259
21st Century
Chamber
Solo Instrumental
Guitar
Saxophone
String Quartet
FIGMENTS 2, which follows the success of 2016’s FIGMENTS, is a compendium of chamber music that sparks the imagination. The album features the works of Yuan-Chen Li, Peter Dayton, Hans Bakker, Navid Bargrizan, and Charles Corey—innovative composers whose works draw inspiration from the world around them, be it the tribal dances of indigenous peoples, art history, 16th-century keyboard music, the science of acoustics, or the idiosyncrasies of language.
Discover 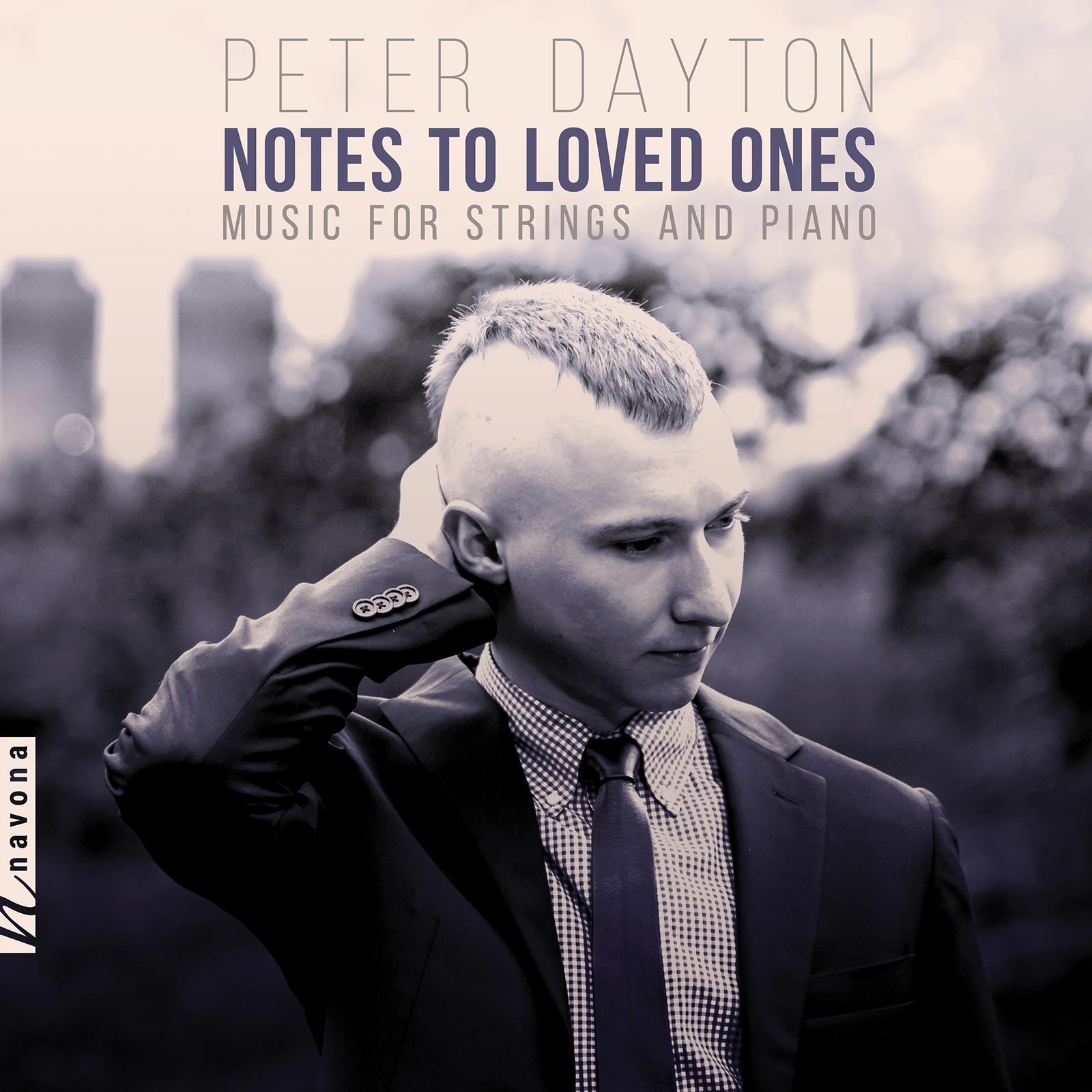 Notes to Loved Ones

Release Date: March 9, 2018
Catalog Number: NV6143
21st Century
Chamber
Piano
String Quartet
Viola
Up-and-coming composer Peter Dayton makes his Navona Records debut with the release of Notes to Loved Ones, an album of works for piano and strings. Dayton’s style of composition is heavily influenced by people with whom he is fascinated and their works of art.
Discover