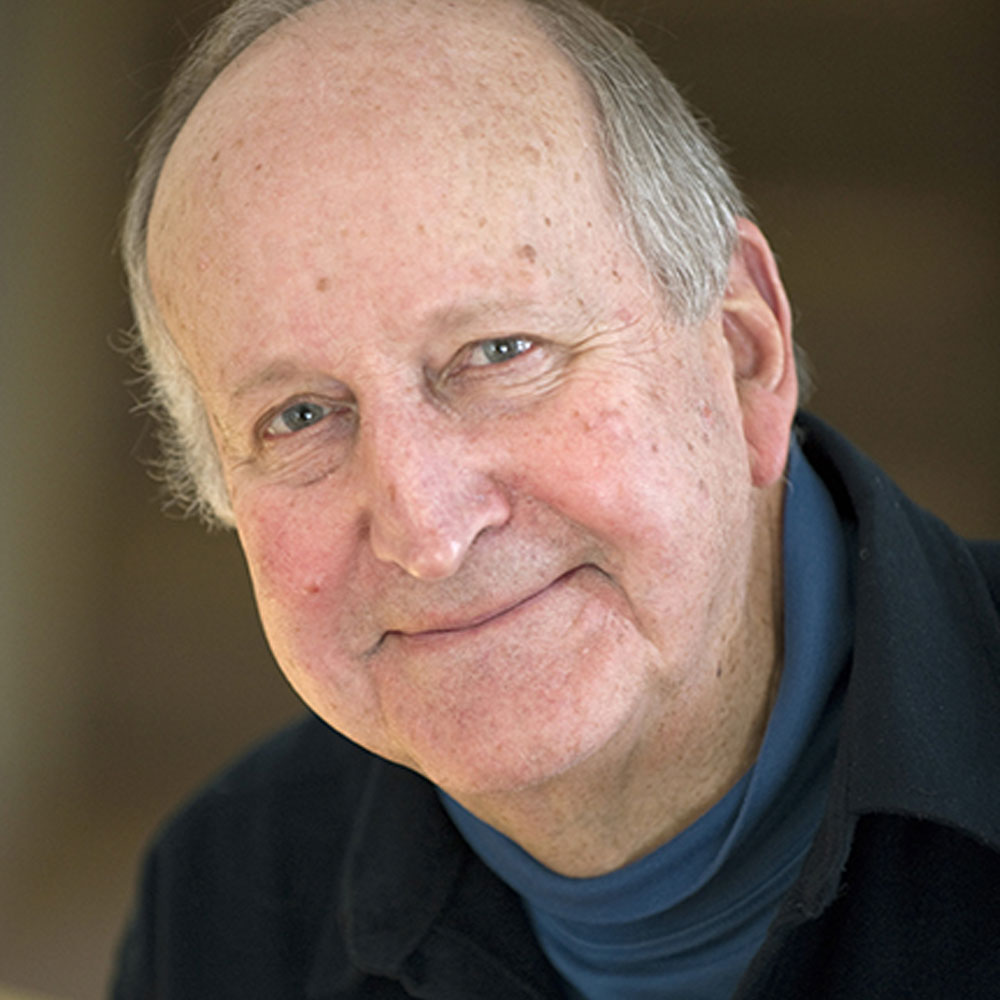 Ronald Perera’s (b. Boston 1941) compositions include operas, song cycles, chamber, choral, and orchestral works, and several works for instruments or voices with electronic sounds. He is perhaps best known for his settings of texts by authors as diverse as Dickinson, Joyce, Grass, Sappho, Cummings, Shakespeare, Francis of Assisi, Melville, Ferlinghetti, Updike and Henry Beston. Seven major pieces are represented on compact discs released in the late 1990s. Reviewing CRI CD 796 for Fanfare magazine, critic John Story writes, “Three Poems of Günter Grass is, quite simply, one of the most haunting works of the last 25 years.” Reviewing The Outermost House on Albany Troy 314 he writes, “When he is on form, Ronald Perera is among the finest living combiners of words and music…The music is simply lovely.”

Writing in the notes for the CD Crossing the Meridian, Steven Ledbetter, program annotator for the Boston Symphony Orchestra, writes, “Ronald Perera’s music is filled with color and imagery. This is as true of his purely instrumental music and his many vocal settings as it is of his works that add real-life sounds recorded on tape and of his synthesized electronic music. His vivid images are not designed to project some kind of pat program, but rather serve with great flexibility to underscore the emotional character of a work and of its changing emotional states, especially in settings of carefully chosen, strongly felt poetry.” (© 1998 by Steven Ledbetter. Used by permission.)

Perera studied composition with Leon Kirchner at Harvard and electronic music with Gottfried Michael Koenig at the University of Utrecht. He also worked independently with Randall Thompson in choral music and with Mario Davidovsky in electronic music. Ronald Perera has received awards and fellowships from the National Endowment for the Arts, ASCAP, the National Association of Teachers of Singing, the Artists Foundation of Massachusetts, Harvard University, the MacDowell colony, the Paderewski Fund, the Bogliasco Foundation, and Meet the Composer. In 1975 he co-edited The Development and Practice of Electronic Music for Prentice-Hall. His music is published by ECS Publishing, Boosey and Hawkes, Music Associates of New York and Pear Tree Press Music Publishers. It is recorded on the Albany, CRI, Opus One and Navona labels.

His 2006 work Why I Wake Early, eight poems of Mary Oliver for mixed chorus, string quartet and piano, received its New England premiere with the Chatham Chorale of Cape Cod in November, 2007, and its New York premiere with the New Amsterdam Singers in March, 2008. His String Quartet, commissioned by the South Mountain Association, was premiered by the Muir String Quartet in 2004. His children’s opera, The Araboolies of Liberty Street, written for the Manhattan School of Music Opera Studio and Educational Outreach, premiered at the Opera Delaware Children’s Opera Festival in Wilmington, March, 2002, and has received numerous performances in New York City schools, as well as with the Opera Theatre of Northern Virginia. His cantata, The Golden Door, based on Ellis Island archives, was premiered in New York by the New Amsterdam Singers in 1999 and has received subsequent performances by the University of Massachusetts (Amherst) Chamber Choir, the Chatham Chorale, the University of California Alumni Chorus and the Schola Cantorum on Hudson. His two-act opera S., based on the novel by John Updike, received a fully staged workshop performance in Northampton, MA, in 1995. In 1989 his two-act chamber opera, The Yellow Wallpaper, with libretto adapted from the Charlotte Perkins Gilman novella by Constance Congdon, premiered in Northampton. It received its New York premiere at the Manhattan School of Music in 1992 and was produced (Act I) at the University of New Hampshire in 2003 and at the Chicago College of Performing Arts, Roosevelt Univerity, in 2006. His vocal chamber work Crossing the Meridian, commissioned by the Boston Musica Viva, has been performed by Gerard Schwarz at Merkin Hall, by the Lontano Ensemble in London, and by the the Eastman Musica Nova in Rochester,  the Twentieth Century Consort in Washington and the Boston Modern Orchestra Project.

Some other significant performances include Bright Angels at the Almeida Festival, London (1986), Chamber Concerto at the 1984 Tanglewood Festival of Contemporary Music, Tolling at Alice Tully Hall (1980) and at the 12th Concours International de Musique Electroacoustique at Bourges (1984), Three Poems of Günter Grass at the 1976 Holland Festival and in Berlin on the Boston Musica Viva’s European tour, and Reverberations at the 1974 Avignon Festival. His Mass for chorus and orchestra, which premiered in 1973 at the Washington National Cathedral, received its New York premiere in a new version with two-piano accompaniment in 1994 with the New York Virtuoso Singers. The Outermost House was premiered on Cape Cod in 1991 by the Chatham Chorale. It was first performed in New York in 1994 by the New Amsterdam Singers. Visions received its premiere with the Boston Musica Viva in 1997. Music for Flute and Orchestra has had performances by the Cleveland Chamber Symphony (1997) and the Springfield Symphony Orchestra (1999).

Perera has taught at Syracuse University, Dartmouth College and, from 1971-2002, at Smith College, where he held the Elsie Irwin Sweeney Chair in Music.The composer lives in Leeds, MA and Yarmouth Port, MA.