The Great Necks Guitar Trio has enchanted audiences across the United States with its whimsical, interactive, and daring performances. Founded by guitarists Scott Borg, Adam Levin, and Matthew Rohde, the trio — through its original madcap arrangements — stretches at the conventions — and at times, the physical limits — of the guitar with what American Record Guide calls “some of the most inventive artistry you are likely to find in today’s guitar world.”

The trio’s debut album, Original Arrangements for Three Guitars, released in November 2018 on the Frameworks label and reached the top 10 in the Traditional Classical Billboard charts. Praised as “supremely satisfying and original…a wonder to behold” (Classical Guitar Magazine) the album is an exuberant romp through several centuries of orchestral and keyboard repertoire.

As soloists, educators, and composers, Borg, Levin, and Rohde have distinguished careers of their own, marked by regular festival and concert appearances across five continents and a growing solo discography on the Naxos and Odradek labels. Levin has been praised by The Washington Post for his “visceral and imaginative performances.” Of Borg’s Carnegie Hall debut, New York Concert Review wrote: “each note was purposeful and focused.” As a composer, Rohde completed the score to the “beautifully executed” (Los Angeles Times) 2018 HBO documentary It Will Be Chaos.

The Great Necks are Augustine Artists and perform on Augustine Regals. The trio performs on instruments by Dominique Field and Stephan Connor. 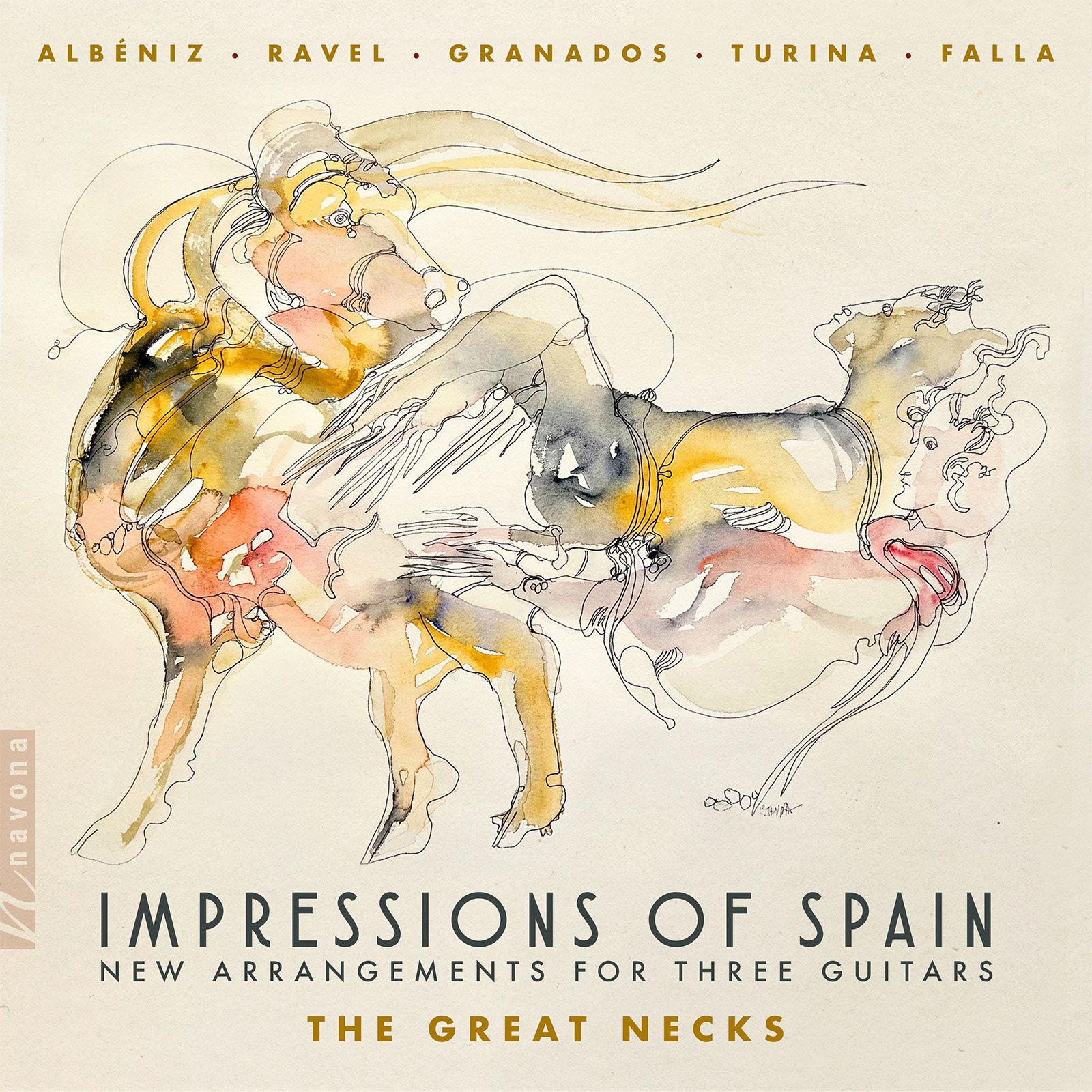 Release Date: May 20, 2022
Catalog Number: NV6430
21st Century
Chamber
Guitar
On IMPRESSIONS OF SPAIN from Navona Records, the critically acclaimed guitar trio enchants and excites with their performance of Spanish-influenced works from master composers of the late 19th and early 20th centuries. Arranged and adapted for guitar trio by Gregg Nestor, the unexplored repertoire of five composers cascades across guitar frets in this recording, communicating themes of love, poetry and literature, spanish dance, and the spirit of Spain itself through music. Experience the works of Isaac Albéniz, Maurice Ravel, Enrique Granados, Joaquín Turina, and Manuel de Falla through a new and virtuosic voice.
Discover