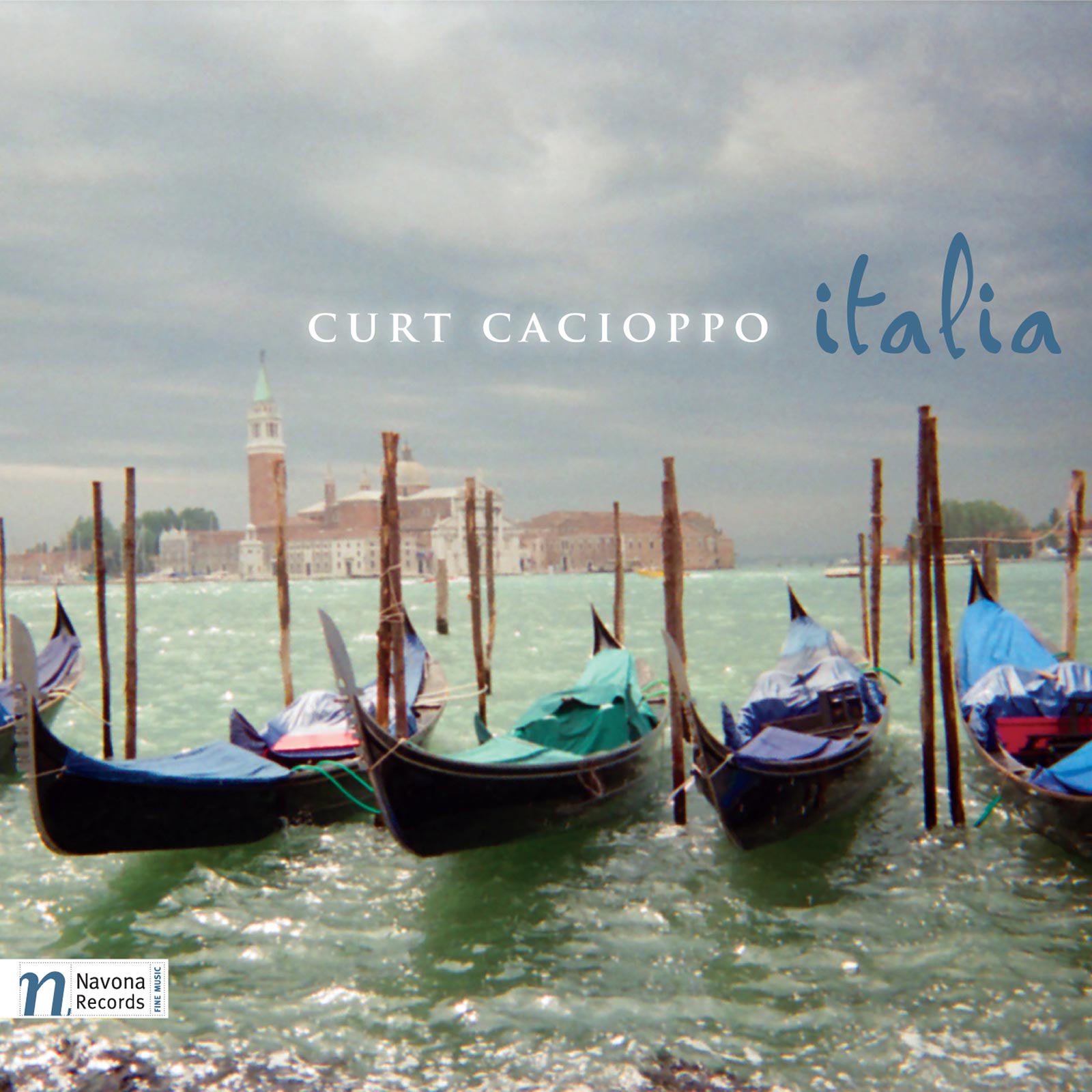 All works are registered with BMI and published by the Orenda Press.

Instruments on this recording:

Sulla Via dei Sette Ponti (On the Road of the Seven Bridges)
Bösendorfer Imperial concert grand No. 29041 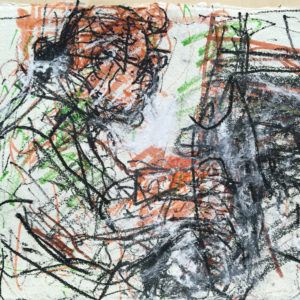 Curt Cacioppo's compositions synthesize and reflect multiple dimensions of his musical and humanistic experience. Like his mentor Leon Kirchner, and other composer/performers such as Frederic Rzewski and George Walker, he is a formidable pianist, fully grounded in the traditional solo, ensemble, and concerto literature, and avidly involved with new repertoire. 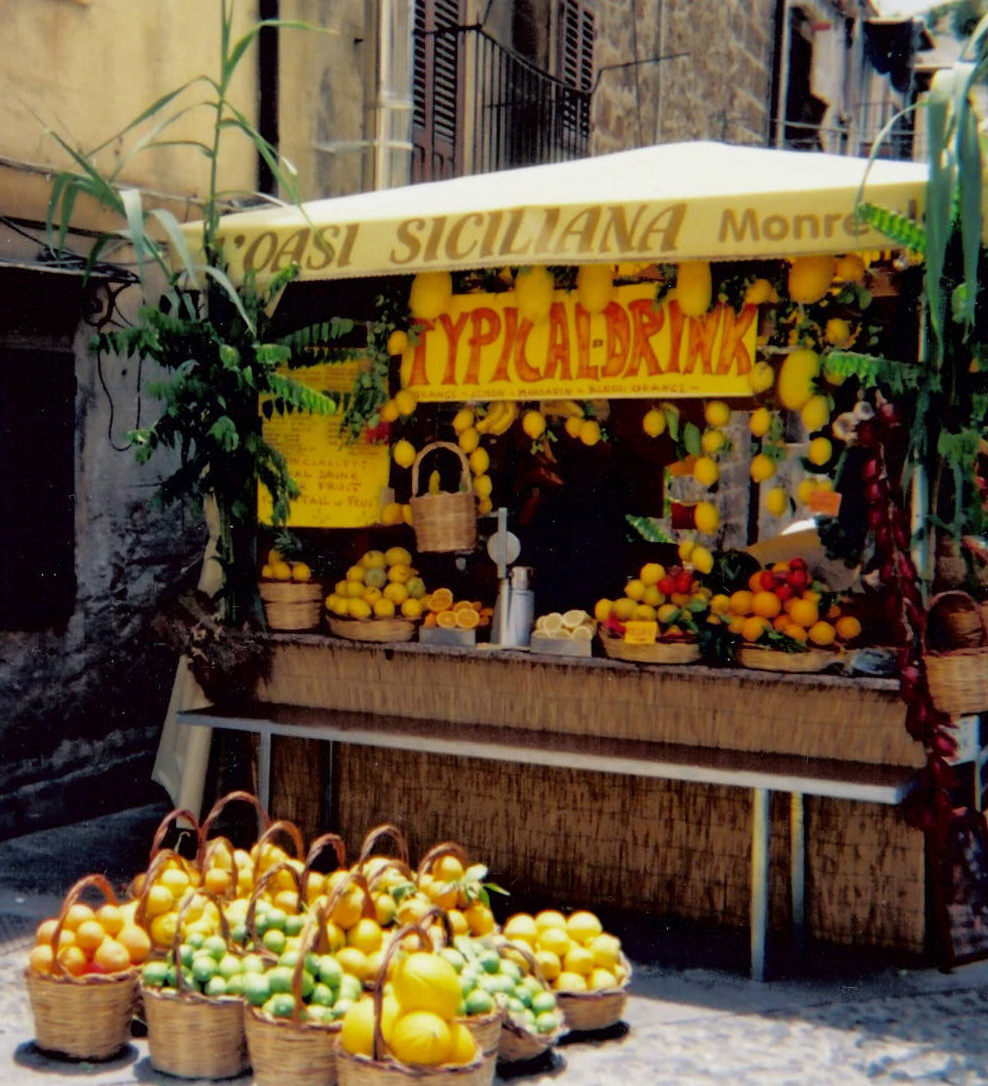 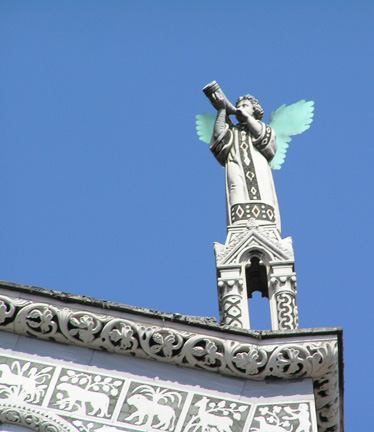 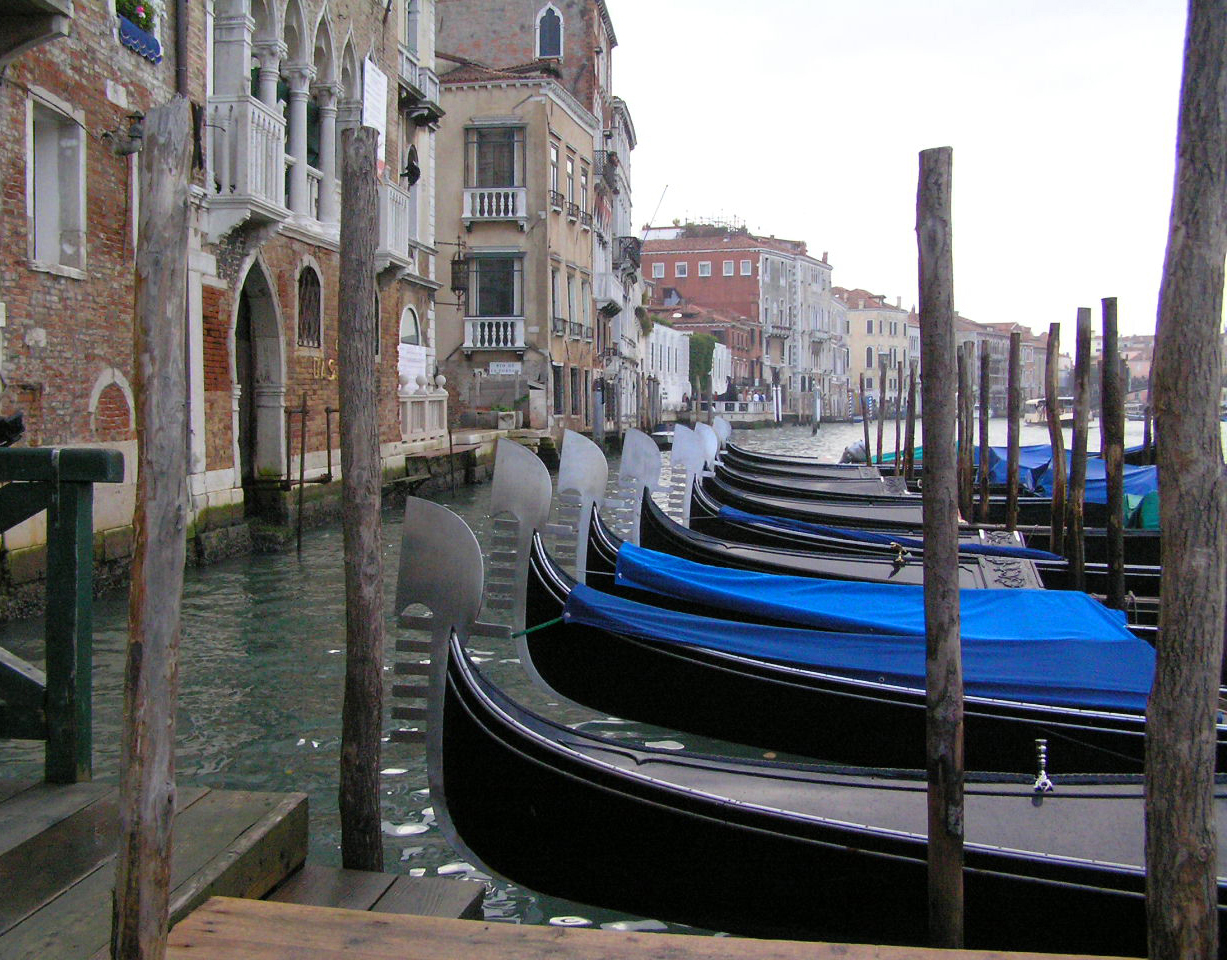 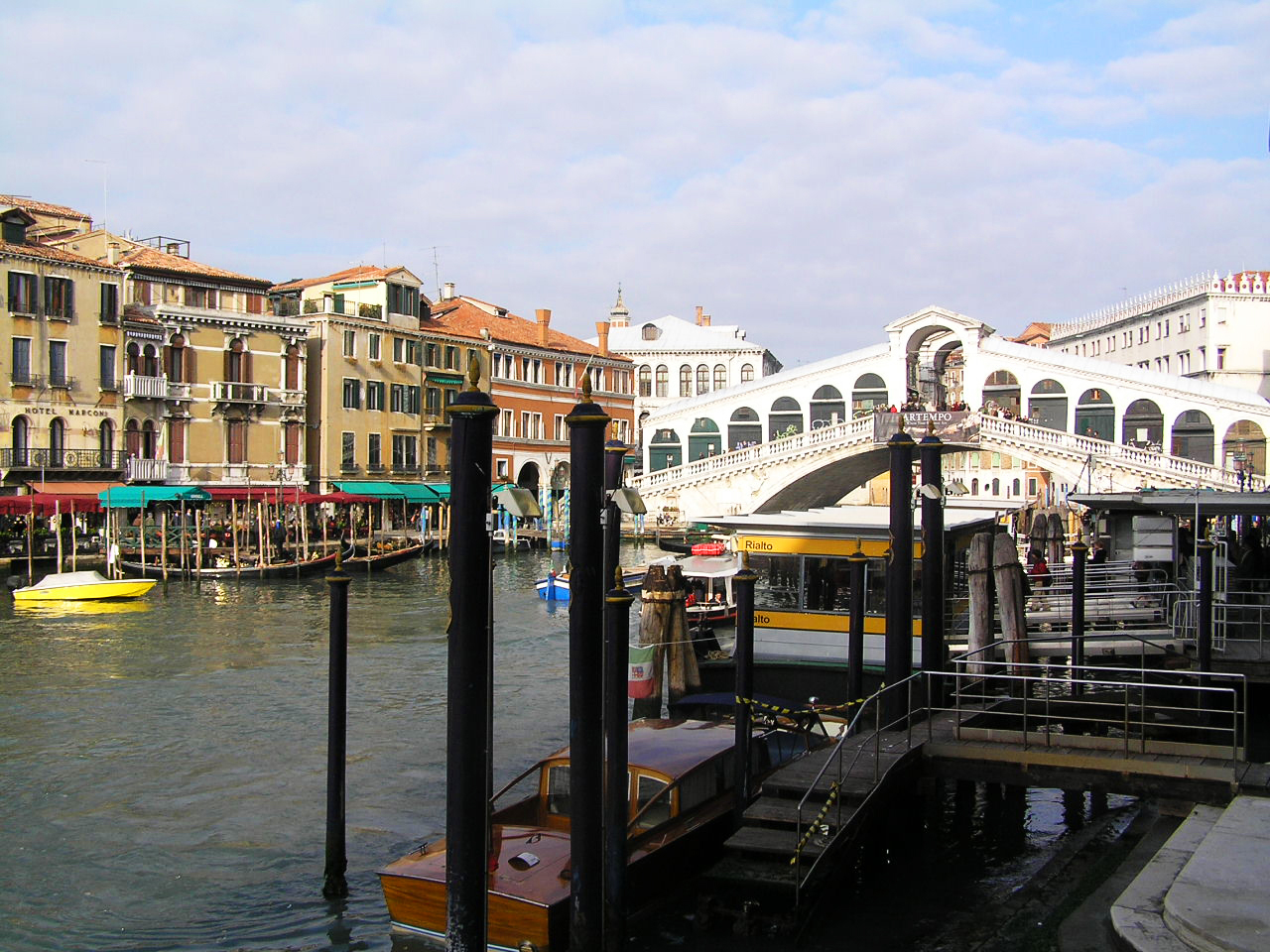 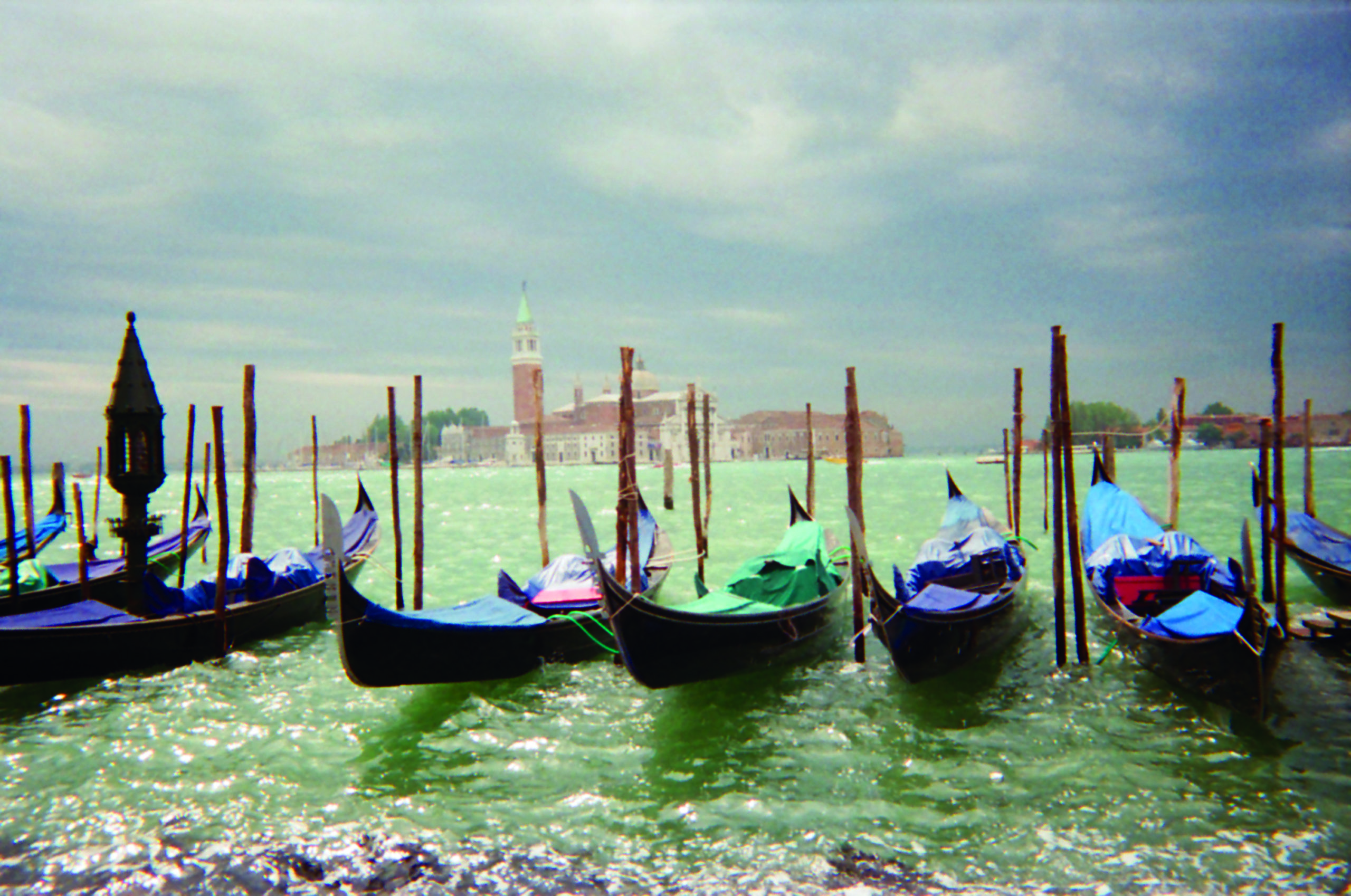 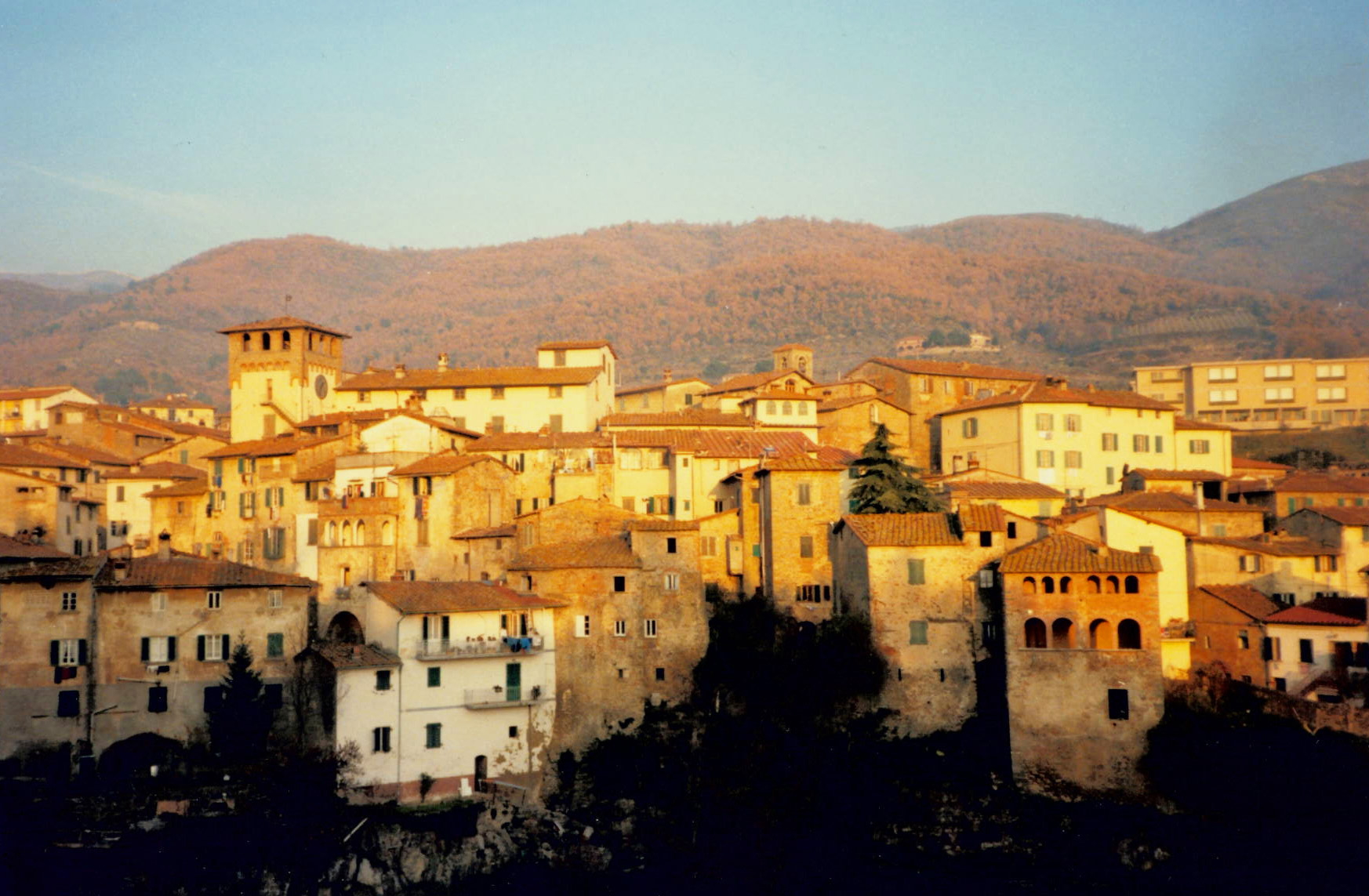 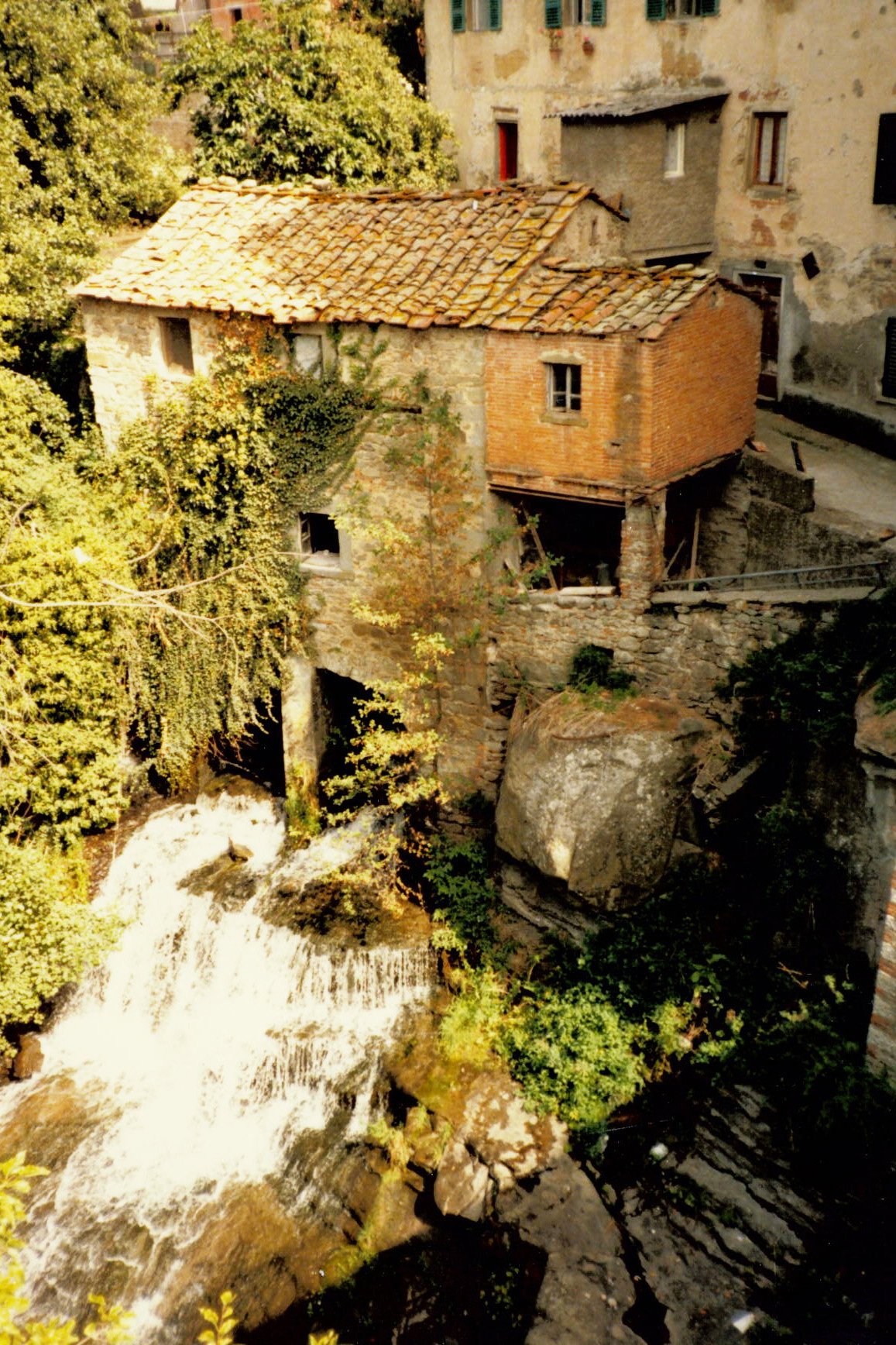 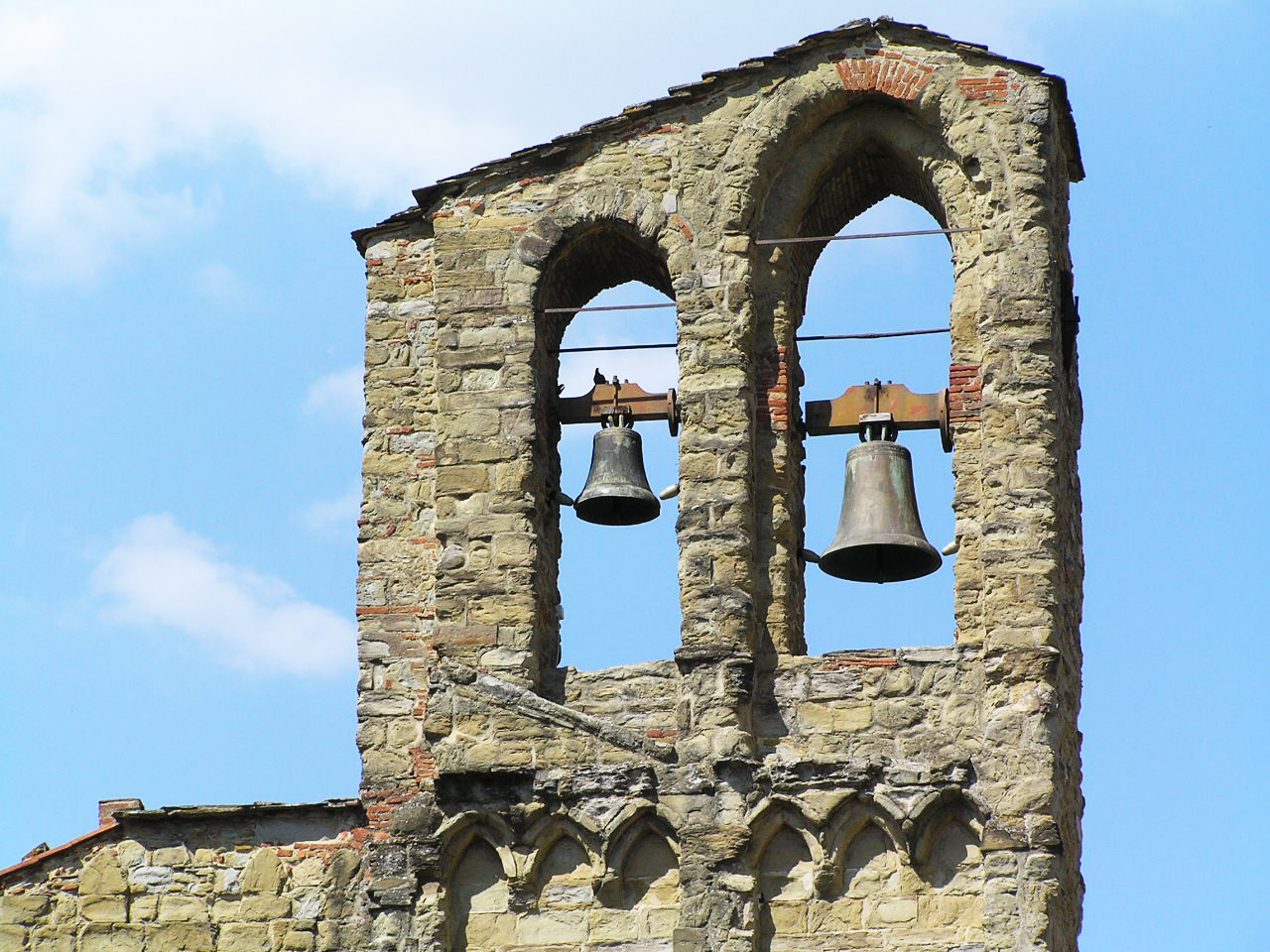 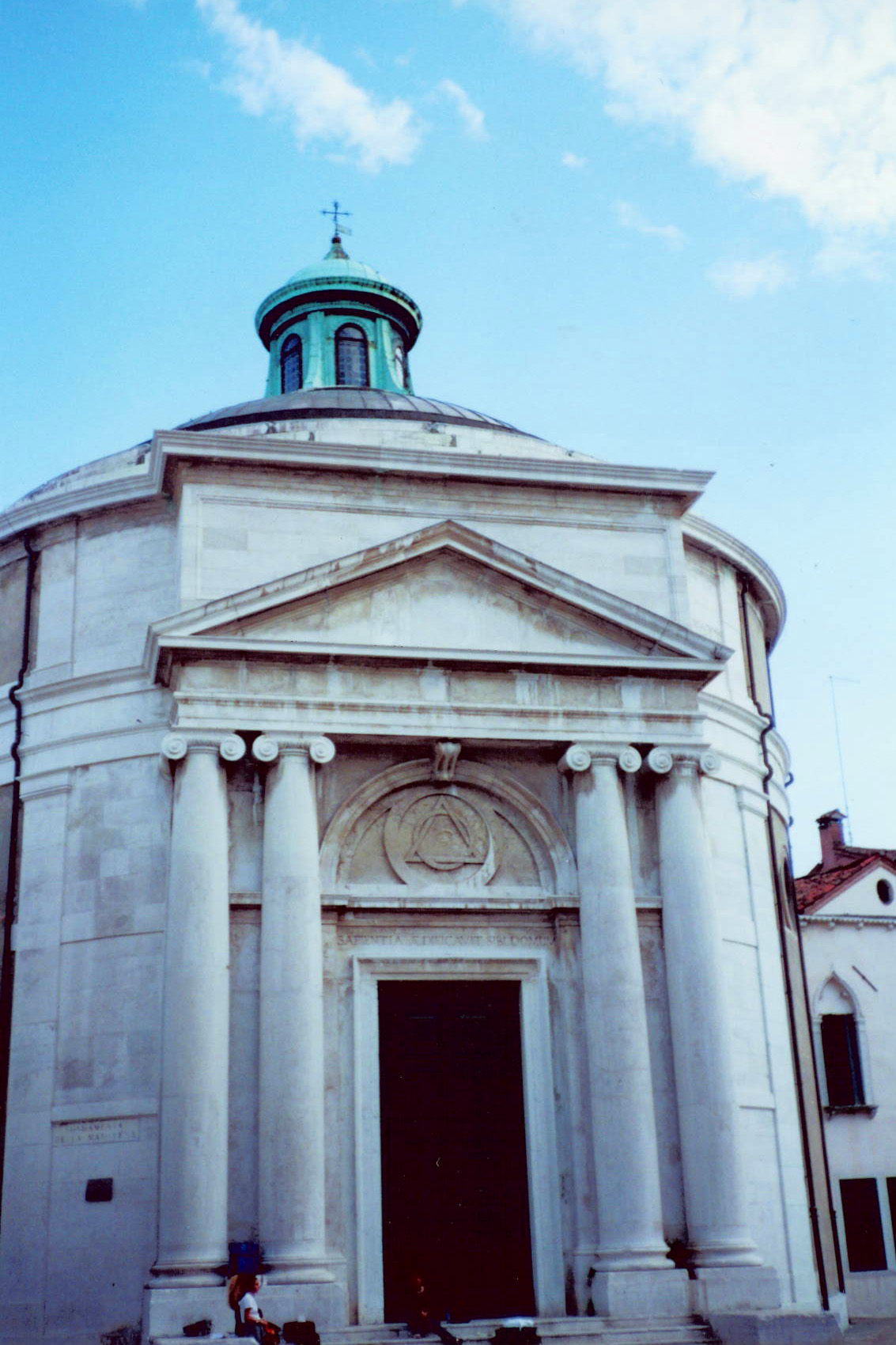 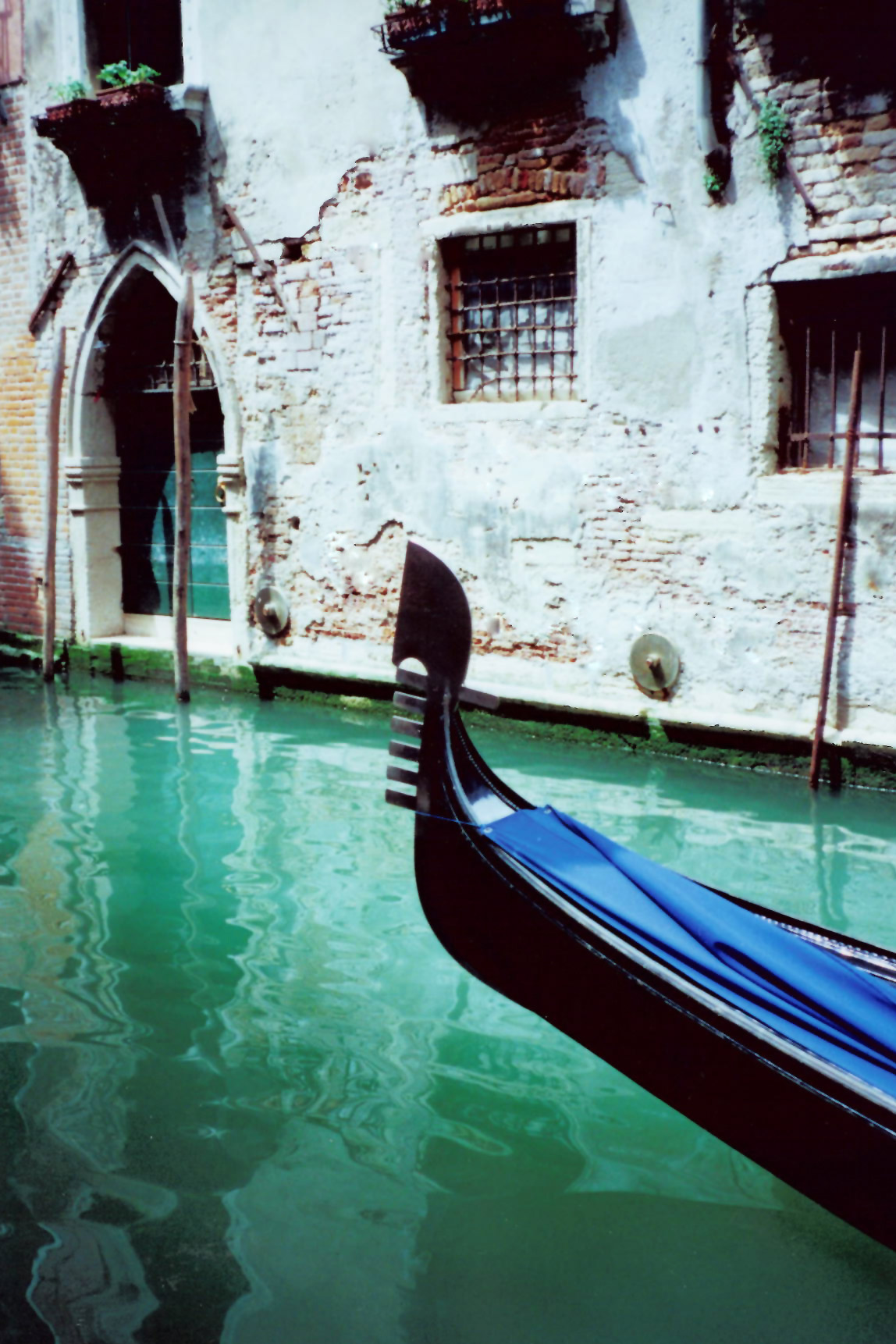 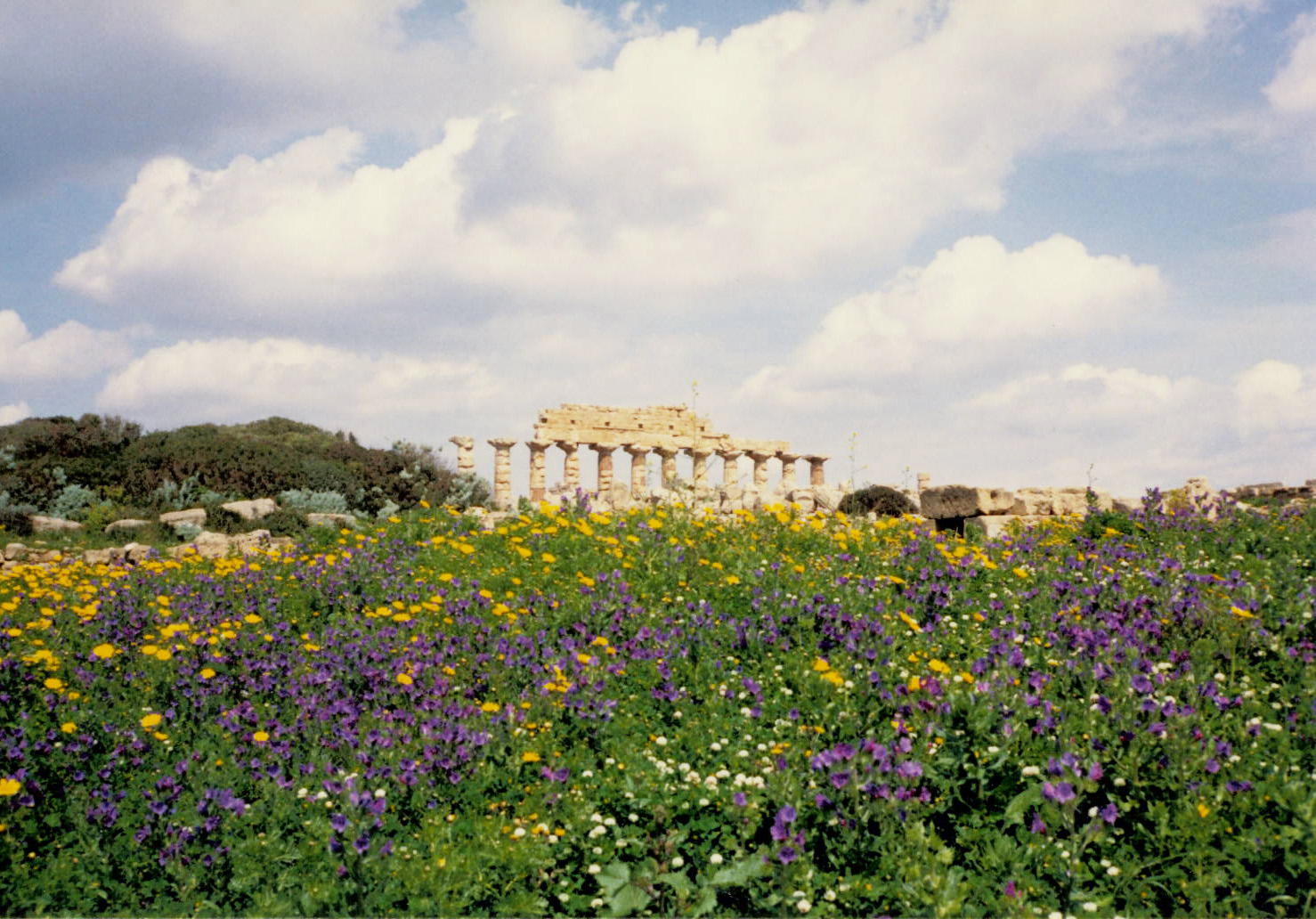 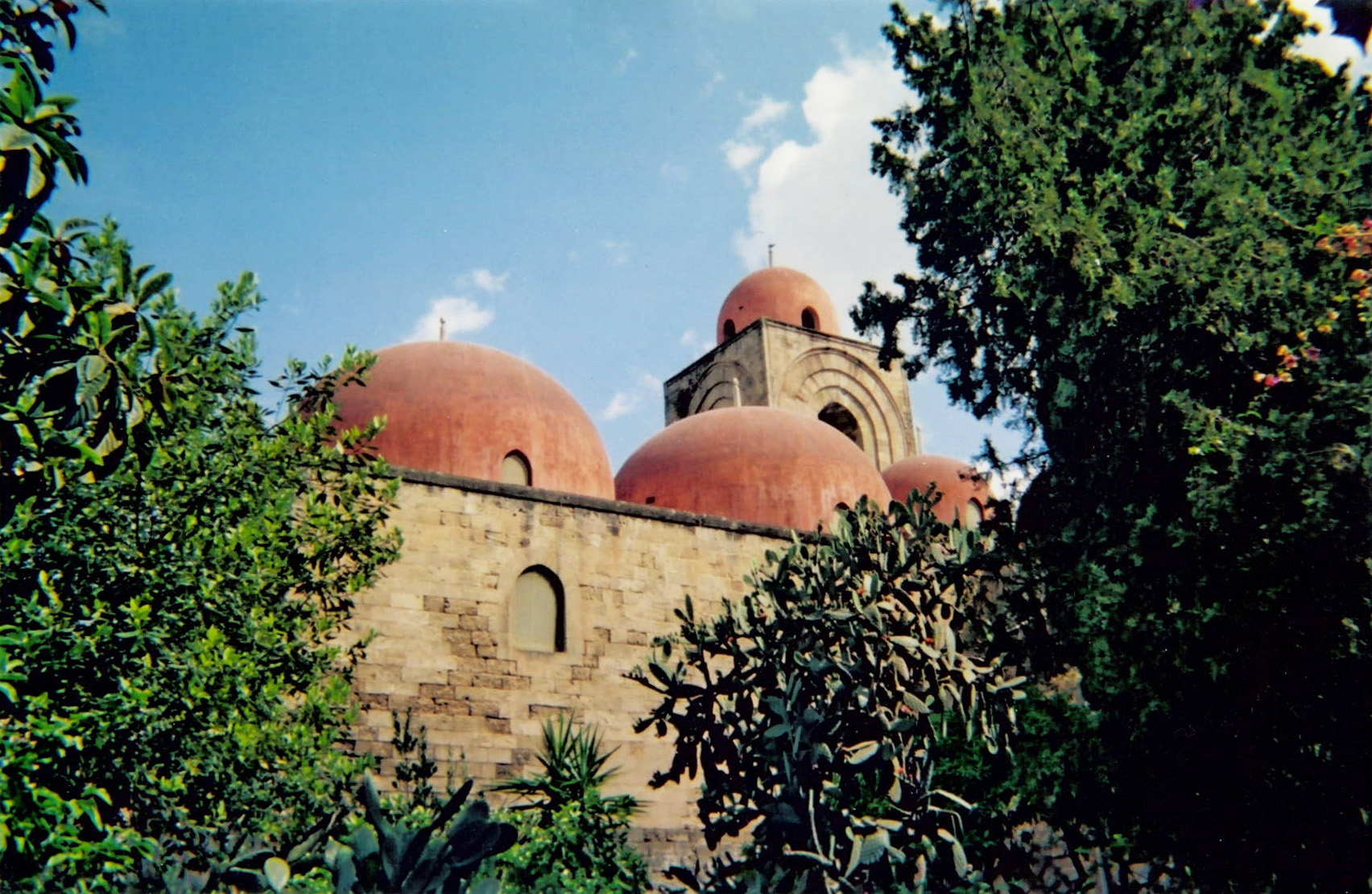 Impressions of Venice, the amiable theme proposed to me by the members of the Venice String Quartet, is made up of ten clearly delineated yet interdependent segments. Its structure mirrors the city whose numerous little islands and labyrinthine sectors bridge together into a single integrated urban unit.

Section 1 opens with an aerial view of St. Mark’s Square — brilliant morning sunlight reflects from the Byzantine domes of the cathedral. I think of the spectacular view we enjoyed from the solarium of our hotel during my visit in 1999. Standing between the columns at the end of the piazza — one with the lion of Venice on top, the other with the statue of St. Theodore subduing the dragon — we listen to the Serenissima herself sing of a long, glorious and enduring history (section 2).

In section 3, our gaze turns again to St. Mark’s and the quadriga adorning the facade. This majestic quartet of bronze horses, which dates back to Alexander the Great, seems to come alive, galloping to the trumpet calls of the golden angels who flank them. Dark clouds start to form during this parade and, in section 4, the rain comes. This scene recalls a very specific vision from our trip in 2001. This was a Biennale year, and in the 15 windows above the Ala Napoleonica (where two years before Claes Oldenburg had suspended a giant lion’s tail) opposite the entrance of St. Mark’s, a digital exhibition had been set up to display a very realistic, continuously moving image of flames burning. The rain had covered the pavement of the square with a sheet of water, and in it these flames reflected and danced. The visual experience was probably the most singular memory as I think back on that trip. I don’t know whether the artist or technicians who created the display had anticipated that a rain-glazed piazza would become a screen upon which their images could project and transform themselves, but this was a great moment of art coming alive through its interaction with nature and the architectural environment.

As the rain lets up, we continue our giornata (section 5), passing a mysterious building whose facade bears the symbol of a triangle looped with a circle framing an open eye. Above this an inscription: SAPIENTIA AEDIFICAVIT SIBI DOMUM. Shaking off the last drops of rain, the sunshine returning, we come upon a wedding party issuing from the Chiesa dei Miracoli. The bride and groom step into an ornate gondola appointed in gold and begin a canal tour with their retinues following suit. In the background we hear a canzone popolare, “Venezia mia!” (section 6).

After a simple but strangely melancholy transition, we move on to section 7. This piece, set over a laconic, sauntering ostinato, recalls a midday visit to the lagoon island of Torcello, where Venice’s oldest building stands. There is musical history here — the church contains relics of St. Cecilia, patron saint of the art, and we hear resonances of a style of music that reaches back to Venice’s days as a medieval and renaissance republic. In a courtyard near the church is another relic, the throne of Attila the Hun (a nice seat these days for taking a nap).

Section 8 is a livelier ostinato movement based on Moorish rhythms and modalities, particularly those associated with the nawba. Percussion effects signal its beginning. It consists of a theme and three variations, the first in dotted rhythms, the second in triplets, and the third in running sixteenths. The reference is of course to the famous turbaned statues at Campo dei Mori, and to the relief on the facade of Villa Mastelli depicting a camel bearing the goods of a textile merchant. The music works itself into a fury as the ostinato accelerates, and we cut directly into a new scene.

Section 9 starts with an assassination and continues with strains of lamentation over the atrocity and loss. Venice’s Jewish quarter — or ghetto — is one of Europe’s oldest. There is a holocaust memorial in the ghetto square, and among the bronze plaques on display is one that records the brutal execution of innocent victims by a Nazi firing squad. Another plaque reads:

The city of Venice remembers the Venetian Jews who were deported to the Nazi concentration camps on December 5, 1943 and August 17, 1944. — Mario Rigo, Mayor

These images were overwhelming. (The listener may appreciate that the lament phrases here pay homage to Mendelssohn by transforming his g-minor Venetian Boat Song, Op. 19, No. 6 into a dirge.)

The final section is softly announced by a melody reminiscent of Gregorian chant, which is then harmonized in progressively more chromatic chords. It is the hour of vespers, and we are in Lido, walking along the Viale San Nicolò where lovers sit, twilight glimmering over San Giorgio across the water in the distance. The chorale style writing surrenders to a cantilena in which the first violin and cello engage in a romantic dialogue. The conversation then recapitulates the music of the preceding sections — a reprise in which paired thematic ideas are punctuated by the chorale refrain — ultimately finishing with a fading reference to the sparkling colors of the very beginning.

Pieces 1, 2, 4, 5, 6 and 8 in this collection come from the larger work, Ciclo metamorfico sul nome d’un Maestro, dedicated to my mentor George Rochberg. It was written during a sabbatical year in Europe — most of which was spent in Tuscany. Getreidegasse Nr. 9 is, of course, the address of Mozart’s birthplace in Salzburg. While visiting there, the idea came to me to spell out Rochberg’s name using solfége syllables and note names, and set the melody over an Alberti bass somewhat in Mozartean style. Thinking in the direction of Italy, I brought in a motif at the end of the piece that originates in Rochberg’s evocative Serenata d’ Estate — inspired by Dallapiccola whom George became acquainted with during his time at the American Academy in Rome. This same motif is taken up in the next piece, Lo studio, which depicts George in his workroom searching for the theme of his Partita Variations. Distinct Beethovenisms are heard along the way, in a playful sense, nodding to Rochberg’s collage and quotation practices.

Capriccio leggendario comes from a different larger work, Tuscan Folio. Composed in Siena, the episode on the last fermata echoes with tunes of the Palio. Bagatelle, Apparition and Amusement again derive from the Ciclo metamorfico. Bagatelle transfigures the Mozartean theme and conveys a sense of nostalgia in its central waltz.
Apparition irradiates the Alberti accompaniment and displaces its notes to extreme registers. This piece recalls creepy feelings elicited by an illustration in a storybook that I read as a child: the image of an old, abandoned house with windows through which an unexplained flicker of candlelight could occasionally be detected at night.

Amusement, with its childlike tone and jazz accents, was written on the day of the chestnut festival in Loro Ciuffenna. Old Swedes comes from a more recent larger work, Philadelphia Diary. Old Swedes Church in Philadelphia, founded by Swedish immigrants in 1698, hosts the festival of St. Lucia each December. I draw a correlation with the Saint Lucy Church on the island of Ortygia in Sircusa, Sicily, upon whose Greco-Byzantine-Arab foundations the Normans, people of part Viking ancestry, later left their mark. This piece is in the siciliano idiom. The sotto voce phrase in octaves suggests blindness, but is soon restored to harmony and light. The use of the pedal adds luminosity. The entire piece is a fantasy on the beloved Italian song “Santa Lucia.”

The suite ends with Reflection — another piece from the Ciclo metamorfico — and here the Mozartean idea takes a mystical turn, diffusing into textures and harmonies that capture some of the tranquility, air and natural mystery experienced in our villa on the Pratomagno Mountain overlooking the Road of the Seven Bridges. At one point, the pianist whistles the call of the blackbird that nested outside the window and sang to us early in the mornings.

Red Dove of Libya for flute, harp, contrabass and percussion was inspired by a visit to the western coastal hill town of Erice in Sicily. The Cult of Venus practiced a rite of sacred prostitution there in Roman times. The Greeks before them had established a similar Cult of Aphrodite at this site (Eryx was one of her sons), and even earlier, Phoenician priestesses carried on in the name of Ashtoreth or Astarte. The Norman Count Roger fortified the location in medieval times, and its history plays into Wagner (the Venusberg) and Maeterlinck (the character of Mélisande). In preparation for the start of the ritual, white doves (still today the symbol of Erice and its populous there) were released from the tower in the direction of Libya, where they would retrieve Venus, in the form of a Red Dove, and fly back with her. Upon her arrival, the devotions could begin (Herodotus and Diodorus Sicanus provide historical accounts from classical times).

The present work is in three sections. Prélude ericéen — the first segment for solo flute — is an invocation. The second movement, Melodrama and Ayre for full ensemble, represents the flight toward Libya, the labyrinthine search for Venus — here the players recite lines* to persuade her to come back with them to Sicily — and upon beholding her (Ecco Venere!), express her persona in the form of a waltz. The finale is a Processional Dance (full ensemble again), which depicts the arrival back at the temple, the presentation of the Red Dove, and the initiation of festivities. The melodic and harmonic materials draw from two sources. The first a much earlier piece of mine for solo horn entitled …of dark and bright… inspired by the Italophile Lord Byron’s famous poem She Walks in Beauty, and the second the passage in Debussy’s Pelléas et Mélisande, during which her doves take to the air from the castle tower at night. My thanks to Jacqueline Alio for introducing me to the story of the Red Dove.

*Act III, Scene 1, The Winter’s Tale, lines which in context do describe the same general area of Sicily where our setting lies (the temple of Segesta, for instance). They are recited in English, Shakespeare’s adopted language (those of us in the know understand that he was actually Sicilian – Crollalanza was his mother’s surname).

On The Road of the Seven Bridges