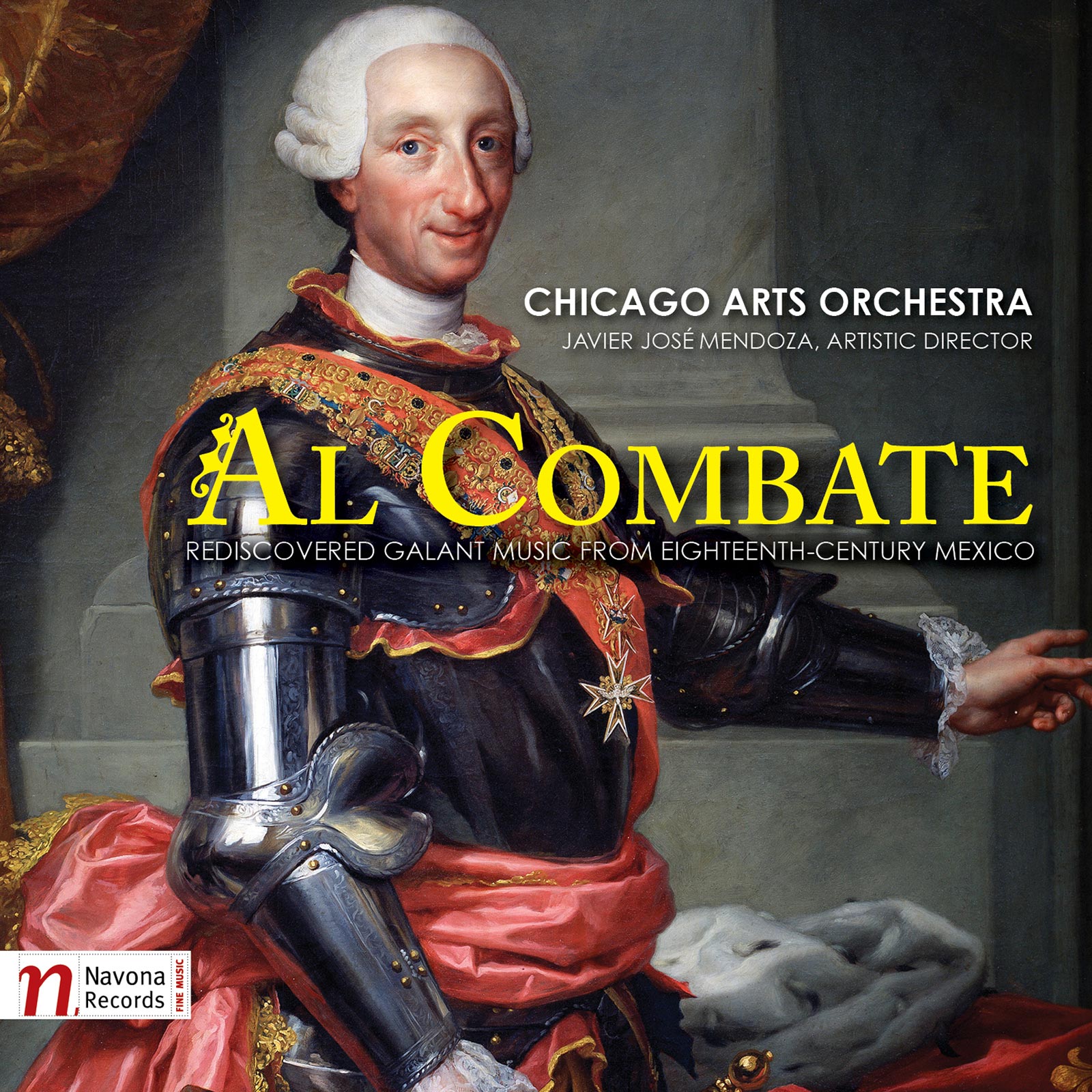 AL COMBATE, the debut release from the Chicago Arts Orchestra (Javier José Mendoza, Artistic Director), highlights New Spain as a mecca of baroque and galant music through a handpicked selection of works from two of eighteenth-century colonial Mexico’s most prolific and influential composers, whose music explores the period’s transatlantic cultural flow from Europe to New Spain: Ignacio Jerusalem, a master of the galant style who brought modern European styles and techniques across the Atlantic; and Santiago Billoni, whose harmonic experimentation and erudite voice helped shape late baroque repertoire.