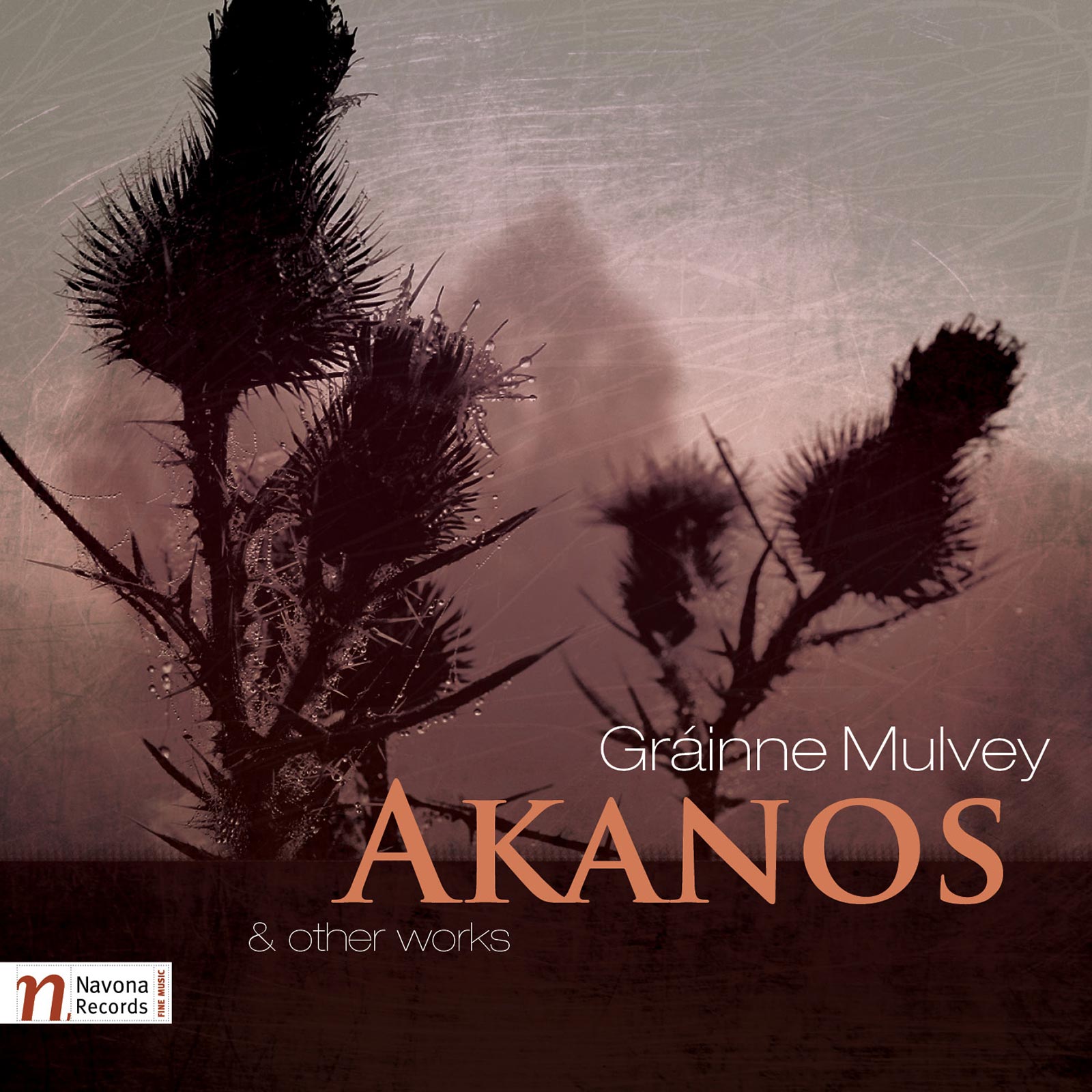 The music of Irish composer Gráinne Mulvey explores the juxtaposition of polar opposites, pitting the real against the synthetic in finely crafted and thought-provoking works. AKANOS, an all-Mulvey album on Navona Records, includes seven of her works: Akanos for orchestra, a contrast of organic growth and jagged intersections; Shifting Colours, a back-and-forth between flute and synthesized flute; Steel-grey splinters, an exploration of unusual piano timbre through extended techniques; Syzygy for cello and tape, presenting acoustic and electronic in both conjunction and opposition; The Seafarer for soprano and tape, a take of mourning and hope; Gift of Freedom for soprano and tape, a celebration and liberation of life; and Soundscape III for flute and tape.

Mulvey is currently the Head of Composition at Dublin Institute of Technology Conservatory of Music and Drama. She has studied with Eric Sweeny at Waterford Regional Technical College, Hormoz Farhat at Trinity College in Dublin, Agustin Fernandez at Queen’s University in Belfast, and Professor Nicola LeFanu at The University of York.