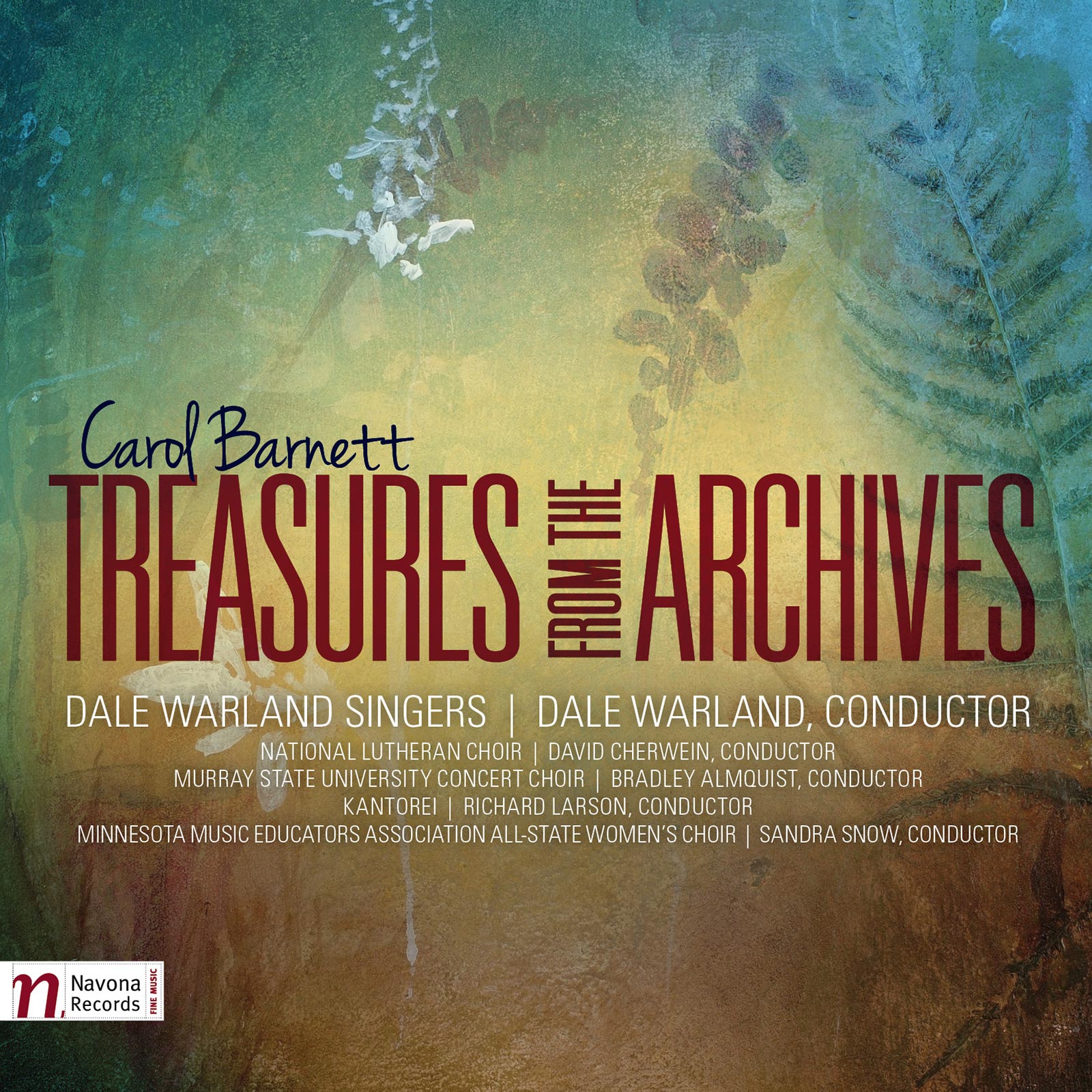 Treasures From the Archives

TREASURES FROM THE ARCHIVES, composer Carol Barnett’s debut solo release on Navona Records, presents shining choral arrangements and originals from the composer’s diverse catalog as interpreted by several choral groups, which gives the pieces an added tonal quality and presence.

Many of the featured works were arranged by Barnett for the Minnesota-based Dale Warland Singers during her nearly decade-long residency with the group. Among these pieces are the spirituals My Soul’s Been Anchored in the Lord, Swing Low, Sweet Chariot, Wonder Where, and By and By, as well as Children of the Heavenly Father, a recasting of an old Swedish folk song with added hymn text by Carolina Sandell Berg. Original works include Veni Sancte Spiritus, a setting of the traditional 12th-century text, written for the Gordon College Choir. Remember the Ladies and the arrangement of the Greek folk song Dance of Zálongo respectively celebrate the lively correspondence of Abigail Adams and the heroism of the women of Souli.

Award-winning composer Carol Barnett was composer-in-residence with the Dale Warland Singers from 1992 to 2001, and is currently on the adjunct faculty of Augsburg College in Minneapolis. Her works have been commissioned by the American Guild of Organists, the Minnesota Orchestra, the Saint Paul Chamber Orchestra, the Harvard Glee Club, and several more.

Carol Barnett’s music has been called audacious and engaging. Her varied catalog includes works for solo voice, piano, chorus, diverse chamber ensembles, orchestra, and wind ensemble. She has received grants and fellowships from the Camargo Foundation, Cassis, France (1991), the Inter-University Research Committee on Cyprus (1999), the Jerome Foundation (2002), and the McKnight Foundation (2005).