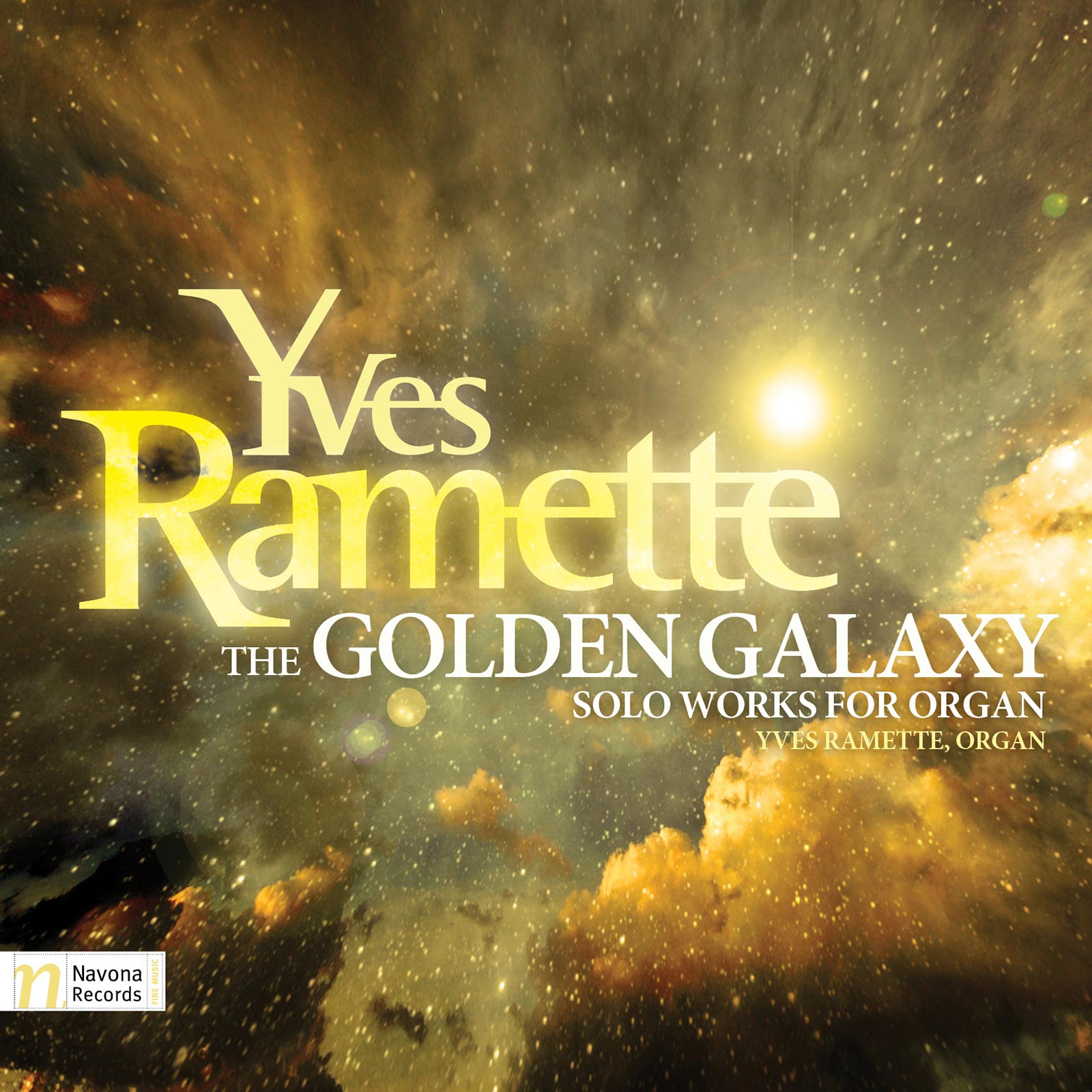 THE GOLDEN GALAXY, Navona Record’s fourth release of works by the late French composer Yves Ramette (1921-2012), presents works for organ, an instrument which Ramette found to be expressive, dynamic, and warm in color, especially after his position as organist at Église Saint Ferdinand de Ternes in Paris, where he played the church’s now replaced Cavaillé-Coll organ. This album is particularly significant in the catalog of this prolific composer since it is the first to feature Ramette both as the composer and the performer.

As are the compositions on Ramette’s other Navona releases, CASCADING INTO REVERIE, WITH PASSION, and AT THE PRECIPICE, the works on this album illustrate the composer’s “motivation for writing music [which] comes from a desire to express and communicate, to connect with the audience’s deepest emotions” (American Record Guide). Pour Une Nuit De Nöel (for a Christmas Night) and Pastorale explore the beauties and joys of the Earth and the seemingly endless universe in which it hangs, while Toccata Et Fugue, a memorial for Georges Guynemer, a French hero of WWI, illustrates the composer’s admiration for the airman’s bravery and fearlessness. Through the fingers of Ramette, his virtuosic organ works express deep passion for the shared human condition.