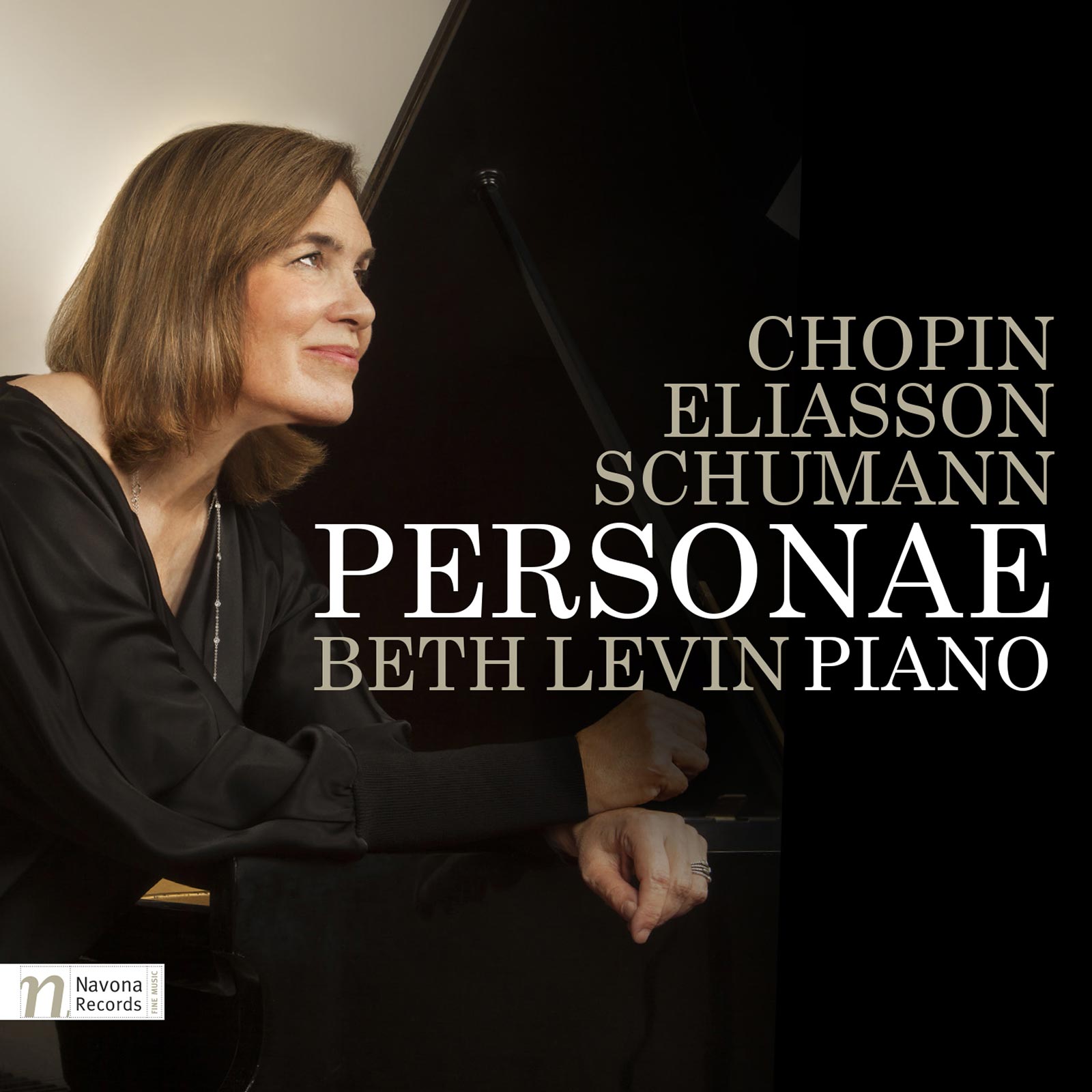 On her Navona Records release PERSONAE, pianist Beth Levin presents works from Frédéric Chopin (1810-1849), Anders Eliasson (1947-2013), and Robert Schumann (1810-1856) that highlight each composer’s unique voice and style. Praised by Jeremy Eichler of the New York Times for her “boldly inflected readings and impressive ability to convey emotion without exhibition,” Levin animates the personalities of each composer with aplomb, passion, and elegance.

Chopin’s Sonata No. 2 in B-flat Minor, Op. 35 (1839), featuring the well-known funeral march of the third movement, opens with stormy arpeggiations and moves into calmer and lyrical moments, closing with the unremitting whirlwind of unison notes during the finale. Eliasson, considered one of the great twentieth-century composers, heavily influenced by jazz, Bach, and the legacy of Western music culture, creates an unpredictable organic unity in his Disegno No. 2 (1987). The piece is characterized by self-organized harmonic mobility, rhythmic vitality, and the complete absence of schematic development, emblematic of Eliasson’s writing. Schumann’s Davidsbündlertänze, Op. 6 (1837) is one of his most personal works, in which the composer incorporates his passionate love for Clara Wieck, anxieties, longings, visions, dreams, and fantasies. This intimate character piece progresses with sudden changes in mood and Schumann’s unconventional approach to tonality and rhythm.

Levin’s performances refreshingly showcase three unique yet relatable figures in the Western music tradition, three voices which have shaped our understanding of the piano repertoire, humanity, and art. Her warm technique and “rare percussive audacity” (Richard Brody, The New Yorker) allows each note and phrase to stand out as a deep expression of each composer’s experience.

All Tracks recorded July 27, 2015 at Peter Karl Studios in NYC

Brooklyn-based pianist Beth Levin is celebrated as a bold interpreter of challenging works, from the Romantic canon to leading modernist composers. The New York Times praised her “fire and originality,” while The New Yorker called her playing “revelatory.” Debuting as a child prodigy with the Philadelphia Orchestra at age twelve, Levin was subsequently taught and guided by legendary pianists such as Rudolf Serkin, Leonard Shure and Dorothy Taubman, Another of her teachers, Paul Badura-Skoda, praised Levin as a pianist of rare qualities and the highest professional caliber.