The lineage of Western concert music is one which brims with tradition and history, through teachers and pupils, listeners and performers, spanning centuries and continents alike. But one of the common threads which runs through this lineage is the urge by composers, performers, and audiences to all be part of a transcendent emotional experience through music itself.

“Music saves one note at a time,” says Kaviani. “Not by ending wars but by waging them in the name of beauty, nobility, and humanity against all that lies to, numbs, or crushes the human spirit. It saves not by eliminating hunger but by creating more appetite for enlightenment, transcendence and human civilization.”

Kaviani’s Te Deum, performed by the Moravian Philharmonic Orchestra and the Janáček Opera Choir, conducted by Petr Vronský, is a secular work which uses the original Latin text of the Christian hymn of praise and presents it through the lens of modernity. The piece in many ways exemplifies the composer’s humanistic, emotionally-driven approach in an invigorating celebration of art, life, and the forces beyond our own selves.

A more recent work, Tous les matins du monde, written almost 10 years after the Te Deum, shows Kaviani as he is now, more mature, austere and more sensitive. Kaviani’s a cappella work, performed by the Prague Mixed Chamber Choir, conducted by Jirí Petrdlík, is conceived and executed in a clearly contemporary style, with shifting moments of lamentation and contemplation juxtaposed with a profound sense of transcendence. Concerning this piece Kaviani states, “Above all, this piece is about loss.”

The composer’s facility at vocal writing is on full display, deploying techniques spanning Gregorian chant to 20th-century atonal music, and presenting sections of monophony, homophony, and polyphony – and in the process delivering an experience which invites all listeners to reflect on humanity’s capabilities and aspirations, and on our presence within an indefinable and unfathomable universe. 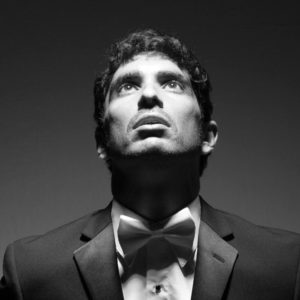 American-born composer, Nicolas Kaviani, has been actively composing chamber, orchestral and choral music since the age of 13. Mr. Kaviani received his Bachelor of Arts in Music Composition from the University of California at Santa Cruz in the year 2000, studying under the noted composer David Cope. He then went on to earn his grade de master in composition from the prestigious Conservatoire de Musique Olivier Messiaen in Avignon, France. There Mr. Kaviani was invited multiple times to attend master classes with some of the most prominent composers in France, including on one occasion Pierre Boulez, during the summer of 2005. In 2006 Mr. Kaviani's String quartet #4 was performed in the Festival de Musique Contemporaine in Avignon.