Yuriy Bekker, violinist on Navona Records release TWENTIETH CENTURY DUOS, is joined by renowned pianist Andrew Armstrong in some of the most beautiful and rarely-performed works of the twentieth century by Jewish composers Erich Korngold and Aaron Copland.

Bekker says of the album, “The idea for this project finally came to fruition with the help of the rare 1686 Ex-Nachez Stradivarius violin.  This is the first sound recording of this violin and I believe these particular selections by Korngold and Copland highlight its most magical qualities.”

Erich Korngold’s Much Ado About Nothing Suite (1921) for violin and piano, contains moments of dialog and synchrony between the leading violin and accompanying piano.  Through interplay of the piano and violin, it is obvious that the two musicians are compatible chamber musicians as they combine forces and feed off of each other musically. Bekker breathes new life into the seldom heard but beautiful aria transcriptions from Korngold’s opera Die tote Stadt. The work originally premiered in 1920 and was a major hit. Following the premier, the Nazi regime banned the opera due to Korngold’s Jewish heritage.

Over the entire duration of Aaron Copland’s Violin Sonata (1943), the three-movement structure breaks traditional nineteenth century precedents, making it a much more modern piece than the Korngold.  The piano part is characterized by “planning,” a technique involving a series of parallel chords, which here, are made of stacked perfect fourths. Two Pieces was written by a young Copland and highlights his interest in American folk, blues, and jazz. The piece showcases Copland’s early influences, setting the foundation for his future compositions. 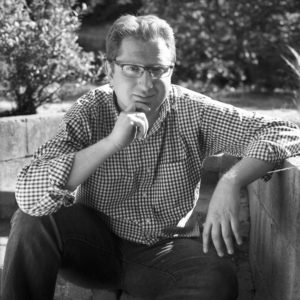 Yuriy Bekker, violinist and conductor, has led the Charleston Symphony Orchestra (South Carolina) as Concertmaster since 2007 and was named its Principal Pops Conductor in 2016. Additionally, Bekker served as the orchestra’s Acting Artistic Director from 2010-2014 and Director of Chamber Orchestra from 2014-2015, playing a major role in the orchestra’s successful resurgence.