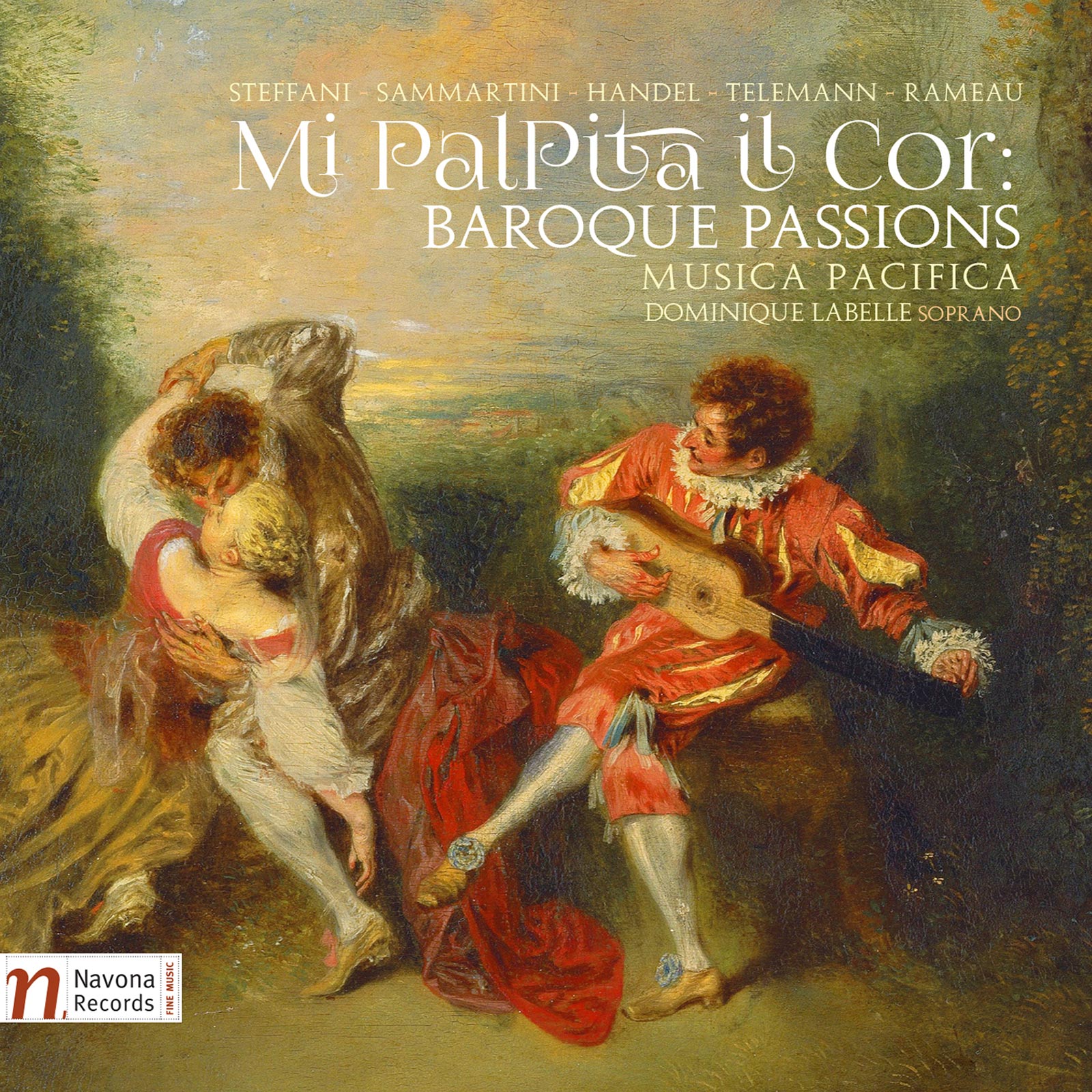 MI PALPITA IL COR: BAROQUE PASSIONS is a compelling journey into the rich corners of the mid- and late-Baroque period. Featuring an array of thrilling instrumental and vocal compositions, the album is driven by the performances of French-Canadian soprano Dominique Labelle and American early music ensemble Musica Pacifica, founded in 1990, based in San Francisco, and whose playing has been called “a small miracle of precision and musical electricity” by the Washington Post.

Passion is the album’s throughline—all the vocal works address different aspects of love (from anguish to humor) and the instrumental works are filled with emotional intensity as well. MI PALPITA IL COR: BAROQUE PASSIONS is exquisitely curated, and brings together a delightful variety of works from a distinctive group of Baroque composers. Most importantly, Labelle and Musica Pacifica bring this music to life with the inviting mixture of expertise, ability, and charm that has earned them the highest praise throughout their careers. Musica Pacifica has been dubbed the “crème de la crème” (Alte Musik Aktuell) and “among the finest Baroque musicians in America” (American Record Guide).

Beloved by her fans, soprano Dominique Labelle is a recognized expert in early music repertoire – her voice has been described as “angelic,” “silvery,” and “vibrant” by critics. In MI PALPITA IL COR: BAROQUE PASSIONS, Labelle floats effortlessly between nations and decades as she performs works by Agostino Steffani, an Italian who spent almost all of his career in Germany, George Frideric Handel – a German who achieved renown first in Italy and later in England – and the French titan Jean-Phillippe Rameau. Labelle’s appearance is a virtual tour of the hotbeds of European musical creativity in the period.

At the heart of Musica Pacifica’s performance lie the group’s soloists, some of the finest in the country: recorder-player Judith Linsenberg and violinist Elizabeth Blumenstock, who deliver a particularly stunning rendering of Giuseppe Sammartini’s Sonata in B minor. The charming, conversational Telemann “Paris” Quartet in G Major highlights Linsenberg and Blumenstock and offers expert viola da gamba player Josh Lee a solo turn. Lee also joins John Lenti (theorbo/guitar) and Charles Sherman (harpsichord) to form a superb continuo team that provides vital support. MI PALPITA IL COR: BAROQUE PASSIONS highlights the technique and musicianship that has made Musica Pacifica one of the finest ensembles in the historical performance movement for the last quarter century.

The music featured on MI PALPITA IL COR: BAROQUE PASSIONS is ultimately about intense desire and strong emotions. Through the captivating performances of Dominique Labelle and Musica Pacifica, MI PALPITA IL COR: BAROQUE PASSIONS connects its listeners to the heartbeat of Baroque music and the spirit that energized 17th- and 18th- century Europe’s most important composers. 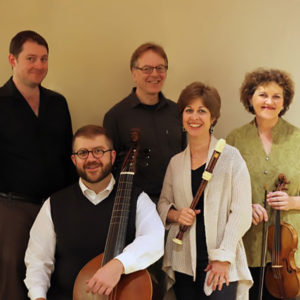 Musica Pacifica has, since its founding in 1990, become widely recognized as one of America’s premier baroque ensembles, lauded for both the dazzling virtuosity and the warm expressiveness of its performances. They have been described by the press as “some of the finest baroque musicians in America” (American Record Guide) and “among the best in the world” (Alte Musik Aktuell). At home in the San Francisco Bay area, the artists perform with Philharmonia Baroque and American Bach Soloists, and appear with many other prominent early music ensembles nationally and abroad.