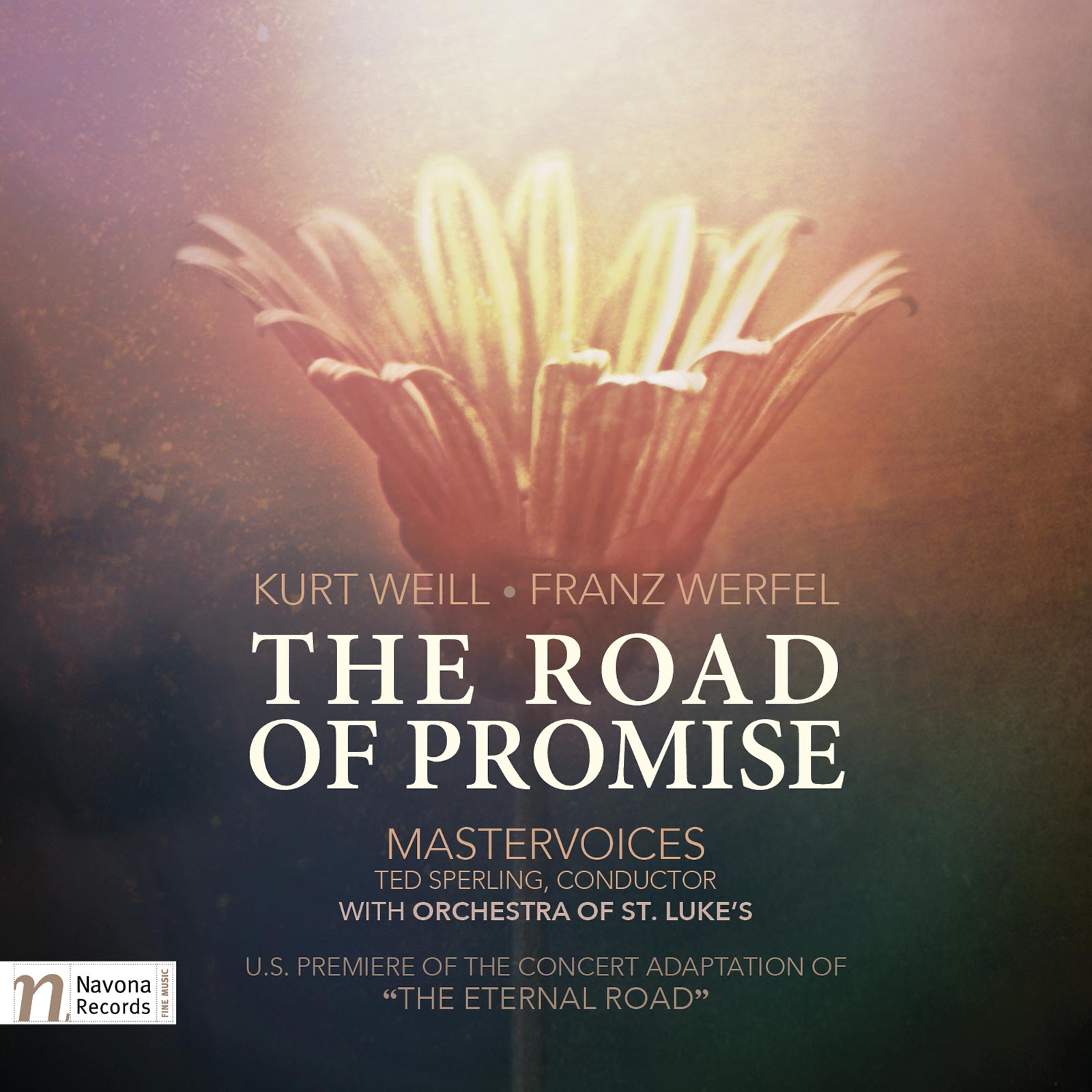 The Road Of Promise

THE ROAD OF PROMISE represents a concert adaptation of Kurt Weill’s 1937 opera-oratorio The Eternal Road. Performed by members of the New York City-based performing arts organization MasterVoices (formerly The Collegiate Chorale), under the baton of Ted Sperling, this pseudo-allegorical work was conceived by European Jewish emigrants in the US as an attempt to inform the American public about Adolf Hitler’s persecution of German Jews. The storyline is set in a synagogue on a night of fearful waiting during the “timeless night of Israel’s persecution.” The Rabbi comforts his congregation by recounting for them iconic stories from Jewish scripture. These biblical scenes unfold through spoken dialogue, arias, ensemble pieces, and a chorus, and bounces between the Rabbi’s ‘present day’ conversations with his congregants and dramatizations of different Torahic stories.

A particularly interesting aesthetic facet of THE ROAD OF PROMISE is the use of references to popular music in the dramatizations of Torahic stories. Latin-esque rhythms in At the Mountain, from Act 1 and Ruth the Moabite from Act II, demonstrate the seemingly motivated choice by Weill to draw clear parallels between the plight suffered by Jews in these stories and the situation in late-1930’s Germany. The work represents one of the few positive and/or sympathetic portrayals of Jews in opera or oratorio, from the seventeenth century to the present.