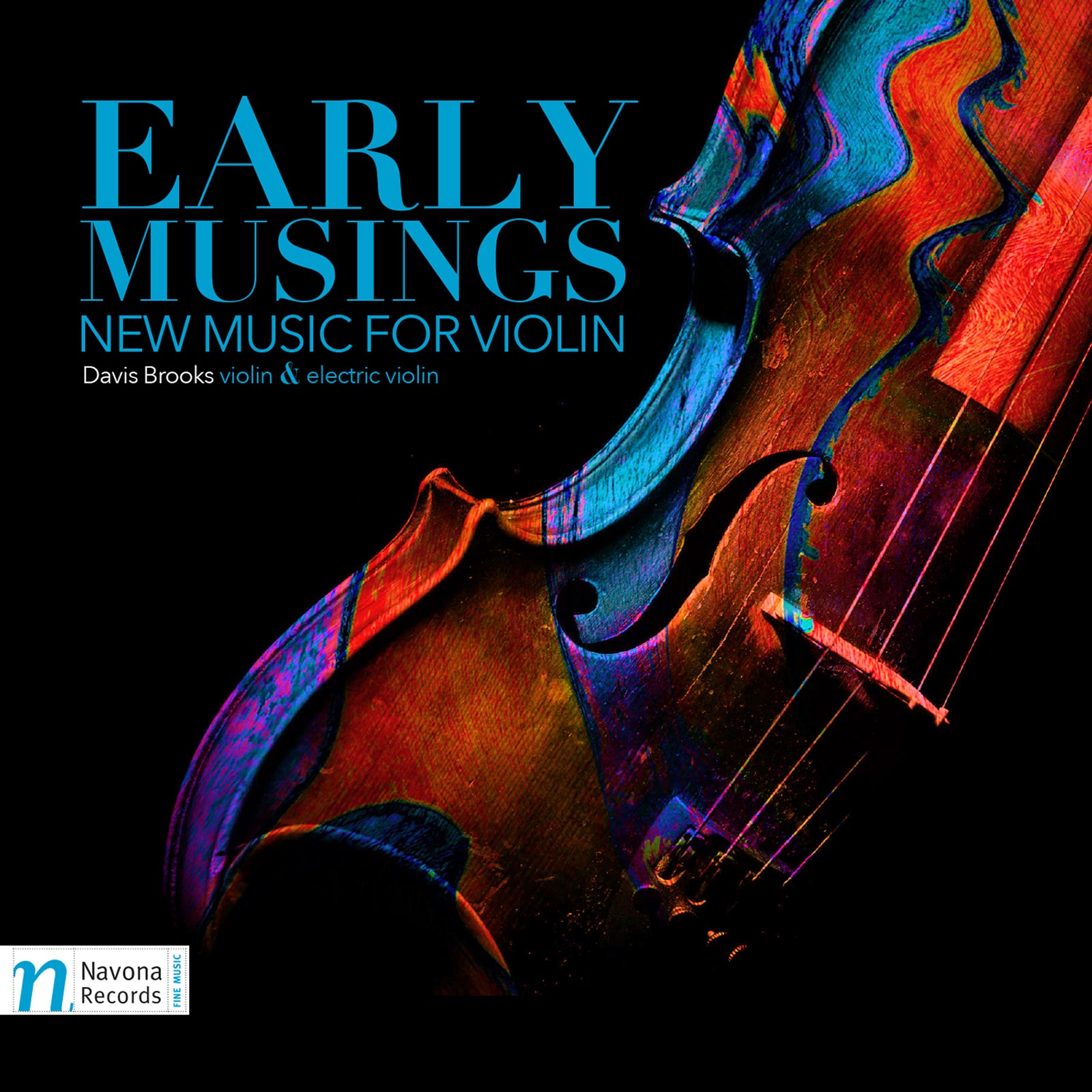 EARLY MUSINGS presents a comprehensive collection of new works for solo violin composed by American and American-based composers, almost all of whom were born after 1990. Though young, these composers’ music speaks to the core strengths of solo violin repertoire, a genre that has represented a prominent pillar in the Western chamber music canon since the seventeenth century.

Across its ten composers, EARLY MUSINGS remains impressive in its variety and range of musical expression. In addition to each piece’s strengths, violinist Davis Brooks also succeeds beautifully at embodying the musical landscape of a given composition. To this end, nearly all the album’s pieces feature a traditional instrumentation, insofar as they use an unmodified violin, except for one notable outlier. Derek Holden’s memorable Break Off The Aubergine Crystal Skin is written for electric violin with added electronics. Here, Brooks sounds just a losive, wild, and abstract solo as he does rendering the J. R. Speake’s more conventionally playful Caper Fair.

From the album’s beginning to end, Brooks and his violin are chameleons, not only jumping dramatically from the world of distorted, psychedelic rock to a more typical Classical performance style, but also moving through the unique nuances of each composer’s approach to the solo violin. Every piece on EARLY MUSINGS excels in meeting the challenge of this genre, which demands composers create broad, variegated musical worlds with the violin’s four strings and a single player.

In many works, such as Corey Fant’s …Of Minds…Of The Eyes…, and J.M. Smith’s Shroud, the Shadow, we can hear distinct musical spaces constructed through contrasts in register and instrumental color, or timbre. Tyler Jones’ five-movement work Solitude – the largest piece on the album – uses these techniques to yield a series of intense and richly detailed character pieces depicting a sleepless night. Solitude also summarizes the intimacy inherent to every piece on EARLY MUSINGS, as all solo violin music invites the listener to envision himself or herself personified in the expressions of this single instrument.