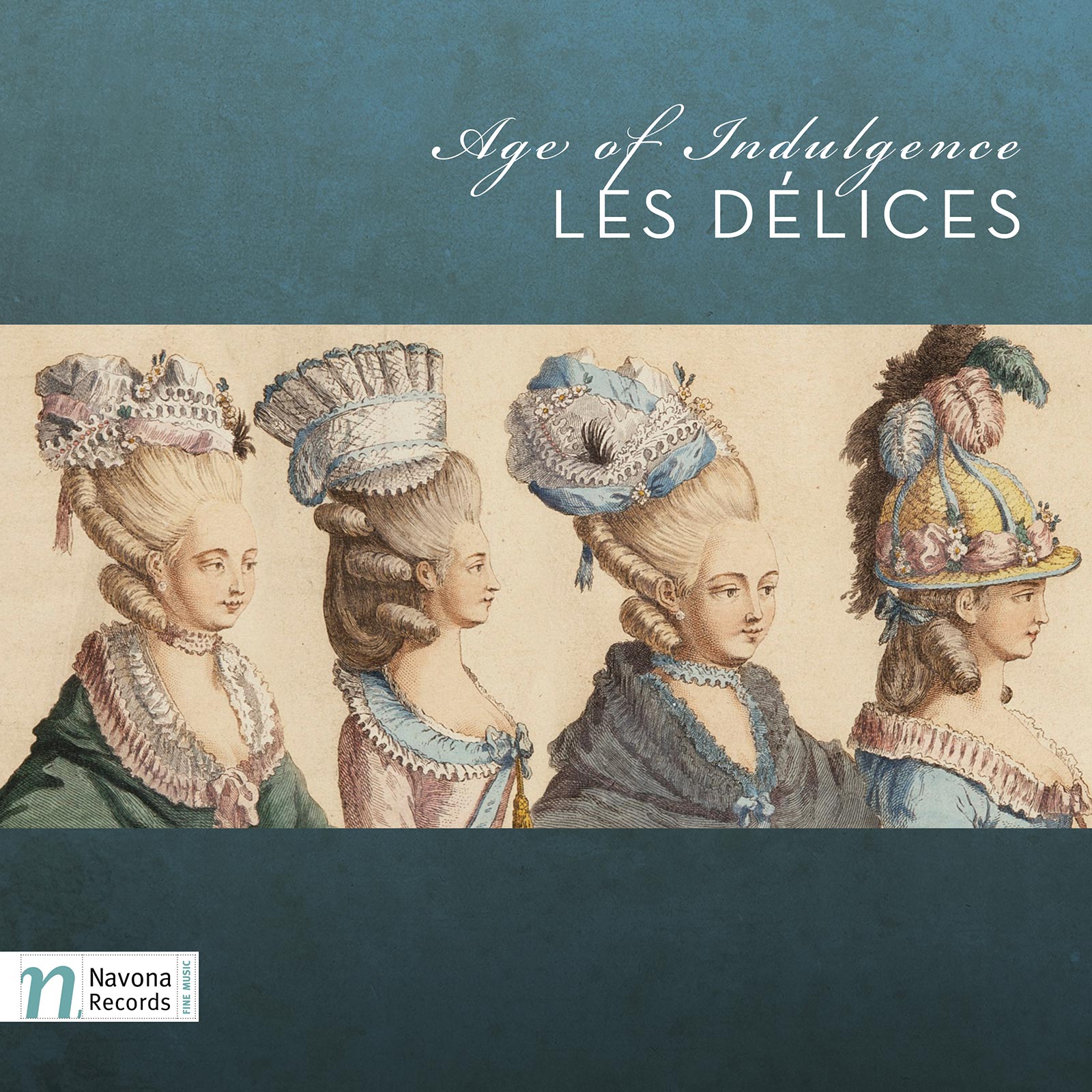 On their Navona debut AGE OF INDULGENCE, early music ensemble Les Délices presents an exquisite compendium of unique and rare instrumental music from the last generation of French Baroque composers. The album’s repertoire shines a spotlight on lesser-known – yet powerfully skilled – composers active in the most important circles of mid- and late-eighteenth century Parisian musical society.

The instrumental works on the album are elegantly detailed with many of the dominant French and European musical ideas of the era, including several of the genres that lay at the core of Baroque music. Conveyed in the immaculate performances of Les Délices’ acclaimed instrumentalists, AGE OF INDULGENCE is a sophisticated look back to a rich crossroads in the history of French music.

The two quartets from François-André Philidor’s l’Art de la Modulation (1755) found on the album – Sinfonia V and Sinfonia I – are defined by fast, unexpected harmonic shifts, creating a sense of exploration and surprise. The warmth and ease that opens Sinfonia V quickly gives way to diminished harmonies, chromaticism, and jaunty modulations, before the quartet ends with a playful, virtuosic theme and variations.

In Sinfonia I, the opening interplay between oboe and violin presents piquant chromatic inflections and plangent melodic intervals abound. The momentary calm of sonorous drones follows some disquieting melodic augmentations, with the peace soon ended by wistful departures and chromatic shocks that arrest the listener. The closing Gavotte pops and crackles with excitement.

The ensemble’s performance of Sonata Seconda, Op. 2 captures the essential style of composer Michel Blavet, who was renowned for combining incredible refinement and expression with a virtuoso technique inspired by the Italian violin school. While the opening prelude has a sensitive air with particularly French sensibilities, the sonata ultimately reflects Italian extroversion in its middle and concluding passages.

Echoing the spirit of chamber arrangements of excerpts from Jean-Philippe Rameau’s operas, AGE OF INDULGENCE presents adapted selections from the composer’s operatic oeuvre with Extraits d’operas. The ensembles arrangements include selections from Rameau’s Les Fêtes de l’Hymen (1747); the 1744-version of Dardanus; and Les Boréades (1763). Though Les Boréades was never produced in the 18th century, the surviving score contains remarkable music and suggests a fanciful staging. Its Entrée de Polymnie replete with cascades of flowing scales and layered suspensions that approach the sublime.

AGE OF INDULGENCE provides snapshots for the most important trends in French composition in the eighteenth century. We hear the unique characteristics of the French Baroque, namely lush harmonies, and ornate melodic embellishments, as well as intricate counterpoint and virtuosic instrumental writing suggestive of German and Italian trends, respectively.

The album’s works are made more poignant when one considers the composers on the album were among the final generation of Baroque composers. Their music pays tribute not only to earlier generations of French artists, but also bids farewell to the Baroque Era itself. 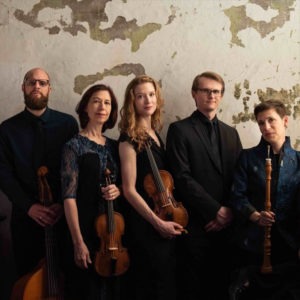 Les Délices, which includes Baroque oboist Debra Nagy, Mélisande Corriveau on viola da gamba, and Eric Milnes on harpsichord, explores the dramatic potential and emotional resonance of long-forgotten music. Founded by Nagy in 2009, Les Délices has established a reputation for their unique programs that are “thematically concise, richly expressive, and featuring composers few people have heard of.” The New York Times added, “Concerts and recordings by Les Délices are journeys of discovery.”