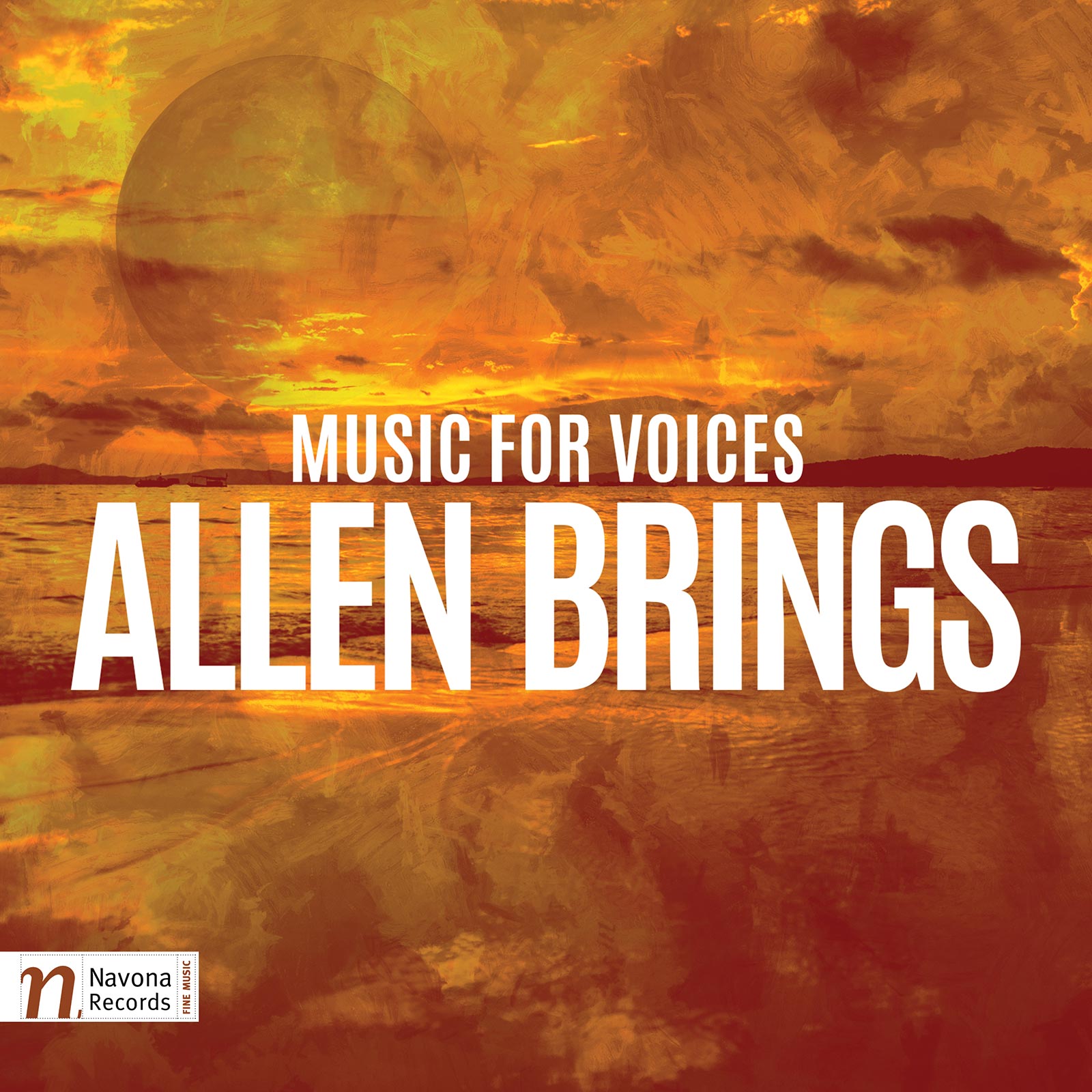 On MUSIC FOR VOICES, composer and pianist Allen Brings presents a collection of pairings for vocals and instruments, often marrying the forces of chorus and orchestra. Brings’ compositions feature a wide range of performer credits, including the Ars Brunensis Chorus and the Moravian Philharmonic Orchestra, both from the Czech Republic; the New York Virtuoso Singers; the Kent Singers from Connecticut; conductors Toshiyuki Shimada, Marguerite Mullée, and Harold Rosenbaum; soprano Mara Bonde; and pianist  Genevieve Chinn. Additionally, Brings plays piano on a handful of these works, including Three Songs of Blake & Donne for soprano & piano; The Lament of Rachel for chamber choir & piano, four-hands; and Encore: Mountain Song for soprano & piano.