The album’s anchors are its multi-movement works, Vallarta Suite, op. 47, and Symphony No. 2, op. 63. Vallarta Suite is a musical postcard to the Mexican city of Puerto Vallarta and, like George Gershwin’s Cuban Overture or Ralph Vaughan Williams’ A London Symphony, uses a variety of contrasting textures and materials to illustrate its geographical subject. For example, the work’s third movement, “Excursion para hacer compras (Shopping excursion)”, is the most concise and literal example of Robertson’s portrayal of Puerto Vallarta. Here, a series of playful and syncopated themes encourage the listener to imagine strolling through the city’s markets. The work’s other movements, namely, “Las Ballenas (The Whales)” and “La Noche en la Zona Romantica (The Night In The Romantic Zone)”, are more abstract and varied in their materials and form. “Las Ballenas”, for instance, is less thematic than other movements, but leans heavily on the orchestra’s brass to express the stately grace of whales.

The two other works on VALLARTA SUITE present much more traditional music structures. Strut In – a March, as the title suggests, is Robertson’s take a classic March, and, as one might expect, features jaunty themes and more percussion than is typical to the rest of the album. Unlike Sousa, Robertson crafts a longer, more dramatic structure for his march, and, in particular, uses a wide range of textures to build towards the arrival of its culminating and triumphant melodic material. Robertson’s Symphony No. 2 stands out on VALLARTA SUITE as the only piece that is not wholly defined by a reference to a specific musical style or non-musical reference. Robertson excels in the more abstract setting of the Symphony, the first movement, in particular, is a tremendously crafted voyage of thematic and textural energy. The work’s final movement, “Passacaglia”, suggests, as well, that Robertson always has an eye to the past, as its title refers to a type of instrumental music that originated in the Renaissance. Marked by its grand orchestration, the “Passacaglia” serves as an intense and brilliant finale to the Symphony and VALLARTA SUITE, as a whole. 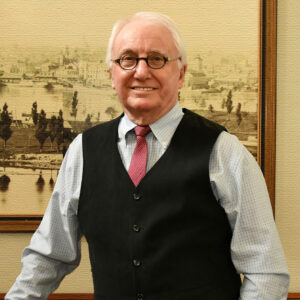