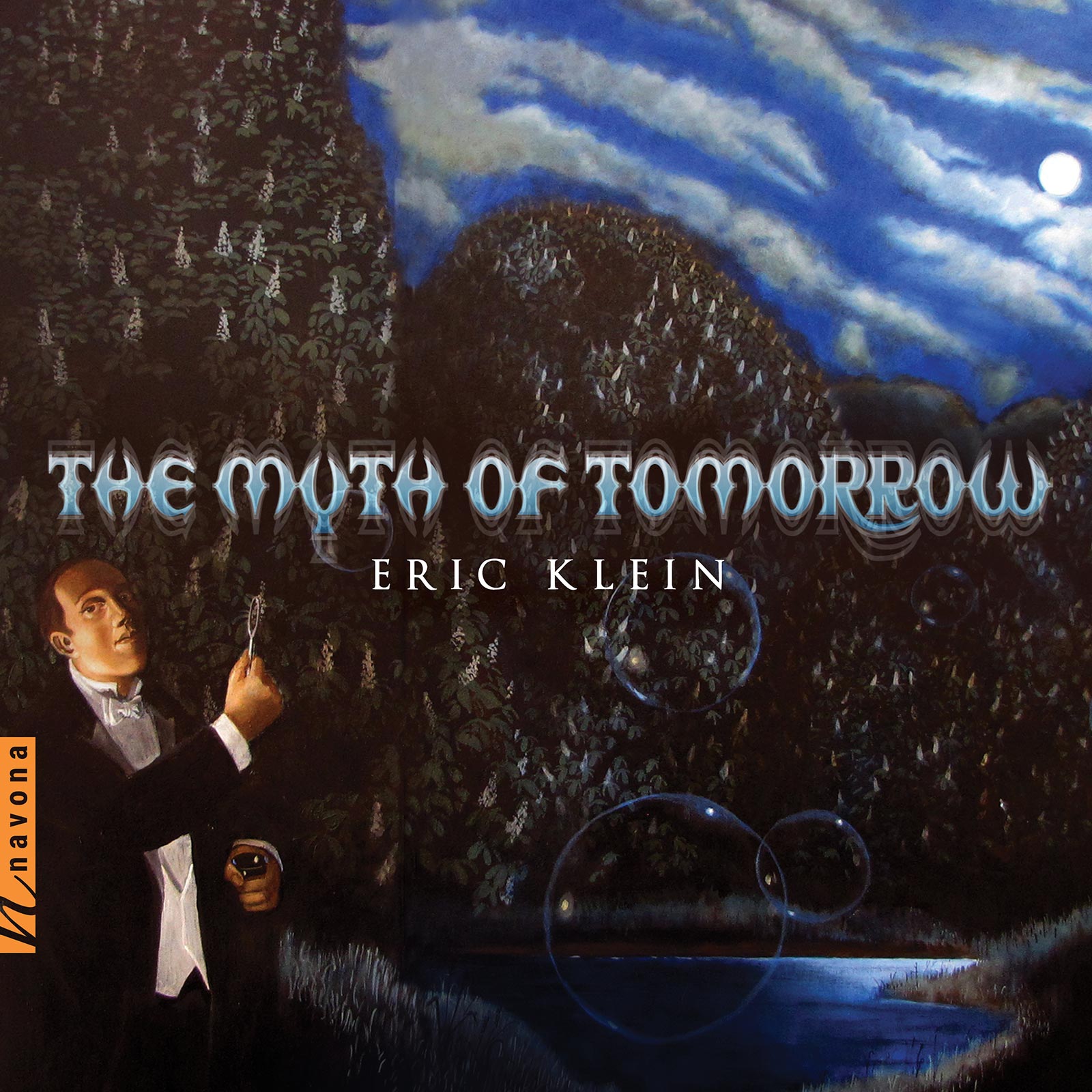 The Myth of Tomorrow

Composer Eric Klein immediately engages the listener with the mysteriousness of “Nettles,” a quartet for piano, violin, cello, and clarinet. This track’s rhythmic dexterity hints at Klein’s background as a film/media composer, foreshadowing the complexity of the dark, ethnographic “Myth of Tomorrow,” an exploration of the keyboard percussion instruments and the distinctive aspects of the harp.

The first movement of the energetic “Hoboken Suite” transpires when flute and free-bass accordion engage in a battle of sonorities, highlighted by the warm depth of strings and bass clarinet woodwinds. It is a cliffhanger with no resolve, and still none is given even in the haunting opening of Movement II, when the tempo is dramatically cut in half. The curiosity of the Hitchcock era is evoked. Again, no true resolve has occurred despite the onset of the third movement’s hypnotic unrest. “Hoboken Suite” is a venture into all the insecurities one experiences in the dark.

In the similar realm is the rhapsodic “Dream Fragments” a sonata for piano—each hand, at times, so independent one might wonder if two pianos are in effect.  Its moody character is augmented with the integration of electronic instruments.

“1899” is a pensive survey of the Americana themes of Klein’s predecessors (e.g., Samuel Barber  and Charles Ives), directed by the reminiscent harmonies of the atmospheric woodwinds and vibraphones that have been catalysts for the album so far. The composer, himself, describes it as evoking “the iconic elegance of [Aaron] Copland’s ‘Quiet City’ and the paintings of Edward Hopper.” This modern-day hymn song, a memoriam for the composer’s grandfather, provides both continuity and a meditative middle ground to this body of the composer’s work.

Following is “Parallels,” a “tonal and atonal hybrid,” a play on anxiety and confusion. A true thriller.

Perhaps the most unexpected gem of this incredible album is the guitar duet “Four Journeys.” The first movement opens with tentative, Mediterranean musings in a context we rarely hear. There is a subtle dance with modal mixture, providing exquisite chord progressions and arrival points reminiscent of the sweetest of Renaissance madrigals. A series of suggestive arpeggiations comprise Movement II—a new age approach to composition, but not trite by any means. The third Journey explores chord suspensions and their resolutions, with the fourth movement combining the energies of all the previous tracks and throwing them into a cloud of chaos. When the dust settles, it is with a startling jolt.

“Hidden Places” is the icing on the cleverly syncopated cake. Here Klein dances with juxtaposed timbres–vibraphone against piano; strings against brass–creating a colorful cacophony of exploratory sounds and textures.

Klein’s work is smart and sophisticated, accessible even to the untrained ear, and a cool, clever blend of things both old and new.