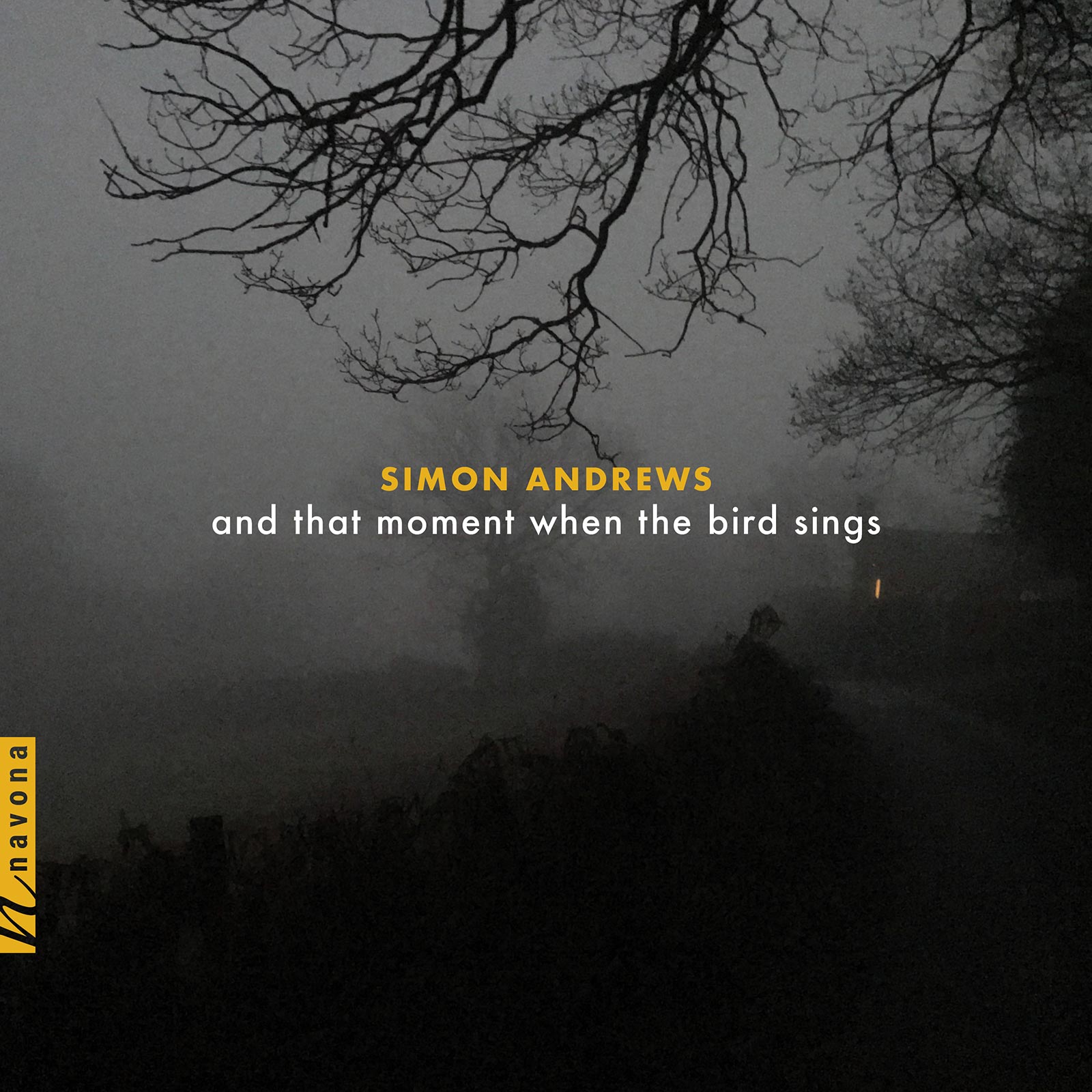 And That Moment When the Bird Sings

Simon Andrews has earned a reputation as a creator of eloquent concert music that blends harmonic complexity and lyricism, introversion and broad gestures, and delicate timbres and bold statements. Here, on his recording debut, AND THE MOMENT WHEN THE BIRD SINGS, he offers up 10 compositions performed in a variety of configurations, from duos to trios and quintets, all of which emphasize his proficiency in both vocal and instrumental music.

The opening track, Violin Dialogues I and II, presents violin and piano in conversation. The first Dialogue contrasts two sets of ideas, each instrument’s individual voice rising and falling until the two come together in a hard-won consensus. If Dialogue I is oppositional, Dialogue II is conversational, its narrative more about two characters who agree on the destination and differ only on the best way to reach it.

The album’s title track, borrowed from the poem “Song” by Seamus Heaney is by turns lyrical and passionate, intimate and robust, as the five performers’ instruments weave their way through various combinings. The four movements of For the earth is hollow and I have touched the sky, performed by The Newstead Trio, is a musical response to a concert which the composer attended at the American Composers Orchestra of music by Frank Zappa. An even more pop-cultural reference is the composition’s title track and fourth movement, which is a musical representation of a quote from an episode of Star Trek, originally “…for the world is hollow and I have touched the sky.”

The album’s first track to feature solo voice is My dove, my covey, an early lyrical poem by W.H. Auden, performed by a trio of oboe, violoncello and piano (played by Andrews,) After an extended violoncello solo, the piano presents a continuous stream of notes, giving the feeling of suspended time over which soprano Celeste Godin’s voice floats. In similar fashion, The heart has narrow banks, a beautiful poem written by Emily Dickenson, was chosen by the composer because it allowed him to create a more flexible harmonic language that could express lyrics such as “blue monotony” and “a wall of unattempted gauze” while keeping a consistent musical thread throughout.

Inspired by a visit to New Mexico, Abiquiu Trio, performed the Trio Clavino, displays the impact of the desert landscape and the work of Georgia O’Keeffe on Andrews. The language of all three movements, which is not “programme music” in the strict sense of the term, is a response to different facets of those two influences. The music of the piece’s final movement, begun during a short stay at Christ in the Desert, a living monastery where church services are intoned to Gregorian chants, is a strong reminder that in addition to his more secular work, Andrews is also noted for his compositions of church music.

Simon Andrews is an English composer who has lived and worked in the US for more than three decades. A winner of the 1985 Benjamin Britten Prize, Andrews’ music has been commissioned and performed to critical acclaim on both sides of the Atlantic. His multi-faceted career as a composer, conductor and teacher led him to undertake his own edition-completion of the Mozart Requiem, which has also been incredibly well-received. Andrews has also composed music for two documentaries, The Amish and Us and Saving Pennsylvania, for PBS. 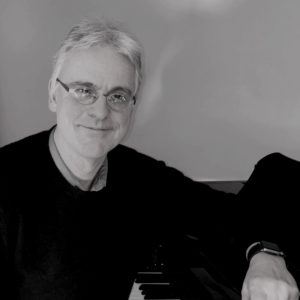 Simon Andrews is an English composer who is earning a reputation as a creator of eloquent concert music that blends harmonic complexity and lyricism, introversion and broad gestures, delicate timbres and bold statements. His output ranges from large-scale orchestral works to intimate chamber music, with a special delight in chamber music with solo voices. He is a voracious reader of poetry and fiction, which provide the impulse for many of his compositions.