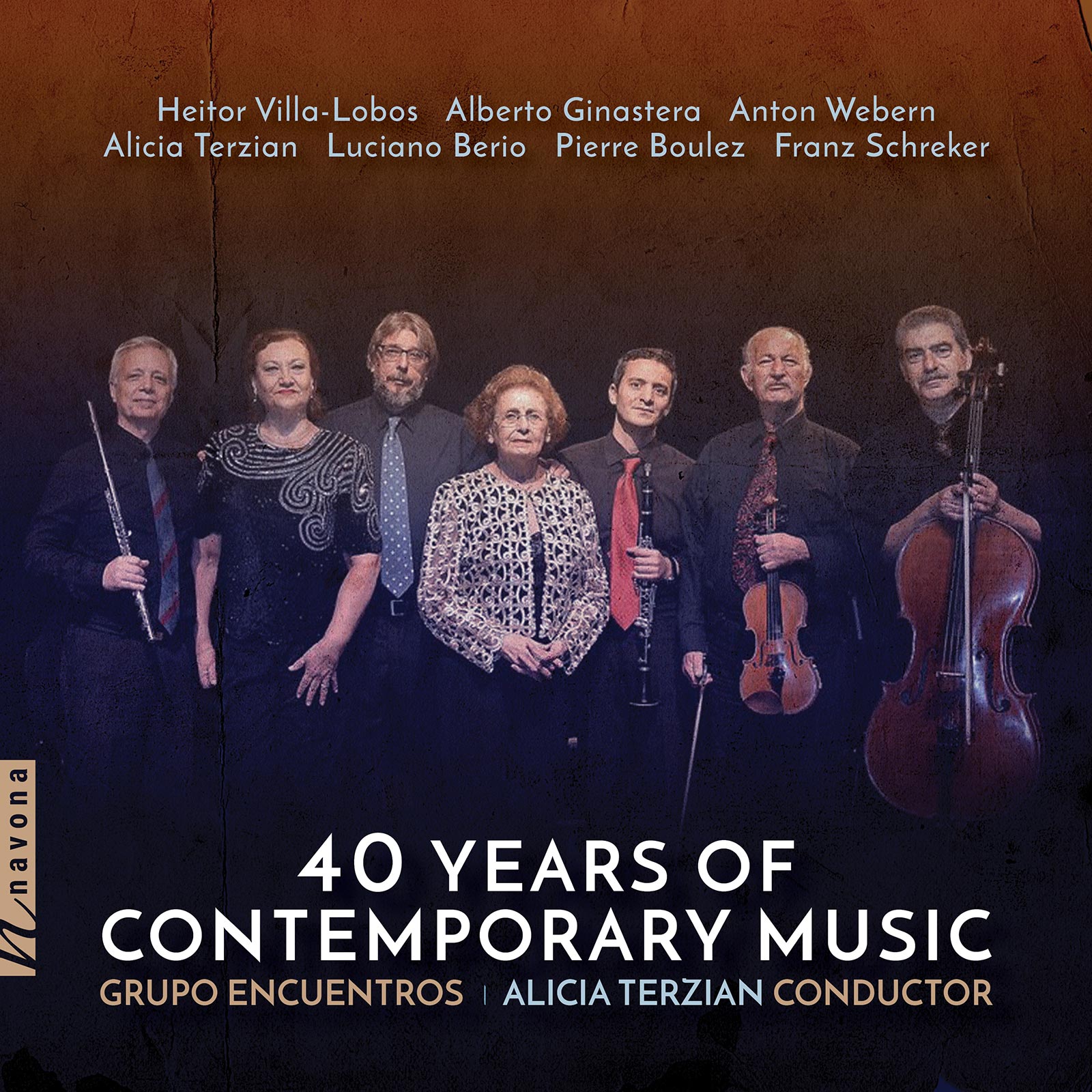 Since composer, conductor and musicologist Alicia Terzian founded Grupos Encuentros in 1978, the six-person group has garnered international acclaim for its success at bringing the music of avant-garde Argentinian and Latin American composers to the world. On 40 YEARS OF CONTEMPORARY MUSIC, their debut recording for NAVONA RECORDS, the group combines compositions from such well-known Latin American composers as Heitor Villa-Lobos, Alberto Ginaslera, and Terzian herself with works by an international array of composers that ranges from Anton Webern (Germany) to Luciano Berio (Italy) to Franz Schreker (Austria) to Pierre Boulez (France).

40 YEARS OF CONTEMPORARY MUSIC transcends cultural boundaries with such selections as Villa-Lobos’ Choro No 7, which unites the sounds of Amerindian primitivism with the polkas and waltzes of suburban dance halls in Brazil. Emphasizing her status as a renowned ethnomusicologist, Terzian dedicates her composition Yagua Ya Yuca to the Chiriguano and Chanel peoples, who belong to a lost indigenous northwestern Argentinian culture O King was composed the same year as the assassination of Martin Luthor King, a tragedy which deeply affected its Italian composer Luciano Berio.

Grupo Esncuentros founder Alicia Terzian has composed over 80 compositions for orchestras, orchestra with soloist, and chamber orchestras with and without soloists, musical theater, dance, and multimedia. She travels the world giving seminars on composition and contemporary chamber music at European and American universities and is often invited to participate on juries at international compositions. 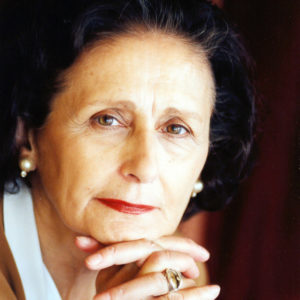