Greg d’Alessio’s VEIL offers a cross-section through all the facets encompassing modern classical composition as well as an impressive portrait of the composer’s unique voice and development over two decades.

VEIL’s chronological track order allows the listener to follow the progression of both the music and the man behind it. Veil and Thread are D’Alessio’s early chamber works, very much reflective of the conviction and clarity characteristic of the young composer, built on a thoughtful yet passionate blend of traditional structure and instrumentation with experimental effects.

Enter Sono Solo and the turmoil begins. Befitting the meaning of its Italian title, Sono Solo paints an accurate, solemn portrait of solitude, a soulful, introspective lament that is not without instances of enlightenment and self-assurance.

Now’s the Time picks up with a higher energy level, intertwining jazz rhythms and harmonies with D’Alessio’s ever-present pursuit of a carefully constructed, airy musical architecture. Elements of it are still experimental – but now with the greater determination of a matured composer.

After Ending forms the transcendent climax of the album. The two-part work contrasts a profoundly lyrical first movement with a strongly rhythmic finale reminiscent of Shostakovich’s late symphonies. They, too, harken back to the stark contrast of the D’Alessio’s early work, but now with the aplomb of someone who’s confident that he has achieved mastery in his field.

What stands out about VEIL is the astonishing ease with which two opposing concepts are reconciled: The diversity of modern composition in its widespread applications, and the profoundly personal, individual journey of a singular composer. 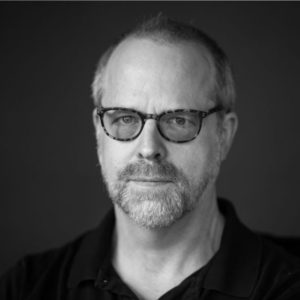 Greg D'Alessio is a professor of composition at Cleveland State University, where he is also the coordinator of the electronic and computer music program. Among his honors and awards as a composer are a commission from the Koussevitsky Foundation in the Library of Congress, The Aaron Copland Prize, a Guggenheim Foundation fellowship, The Cleveland Arts Prize, 2 Ohio Arts Council Individual Artist Awards, the Board of Director’s Prize from the Society for electro-acoustic music (SEAMUS), The Commuinity Partnership for Arts and Culture fellowship, and the Otto Ettinger fellowship to the Tanglewood Music Festival.