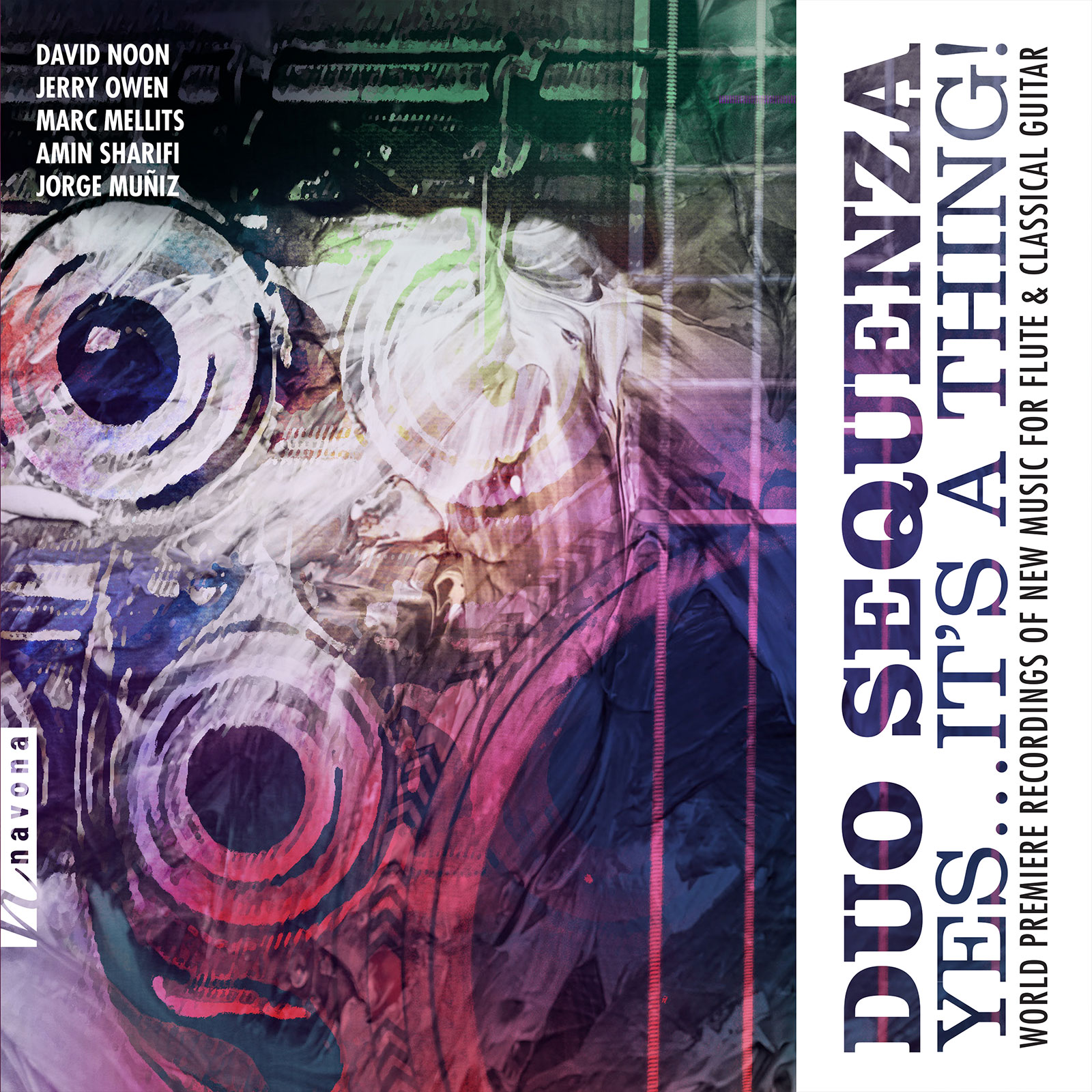 The long-awaited release from the chamber ensemble Duo Sequenza, YES…IT’S A THING!, includes works by five critically acclaimed contemporary composers. David Noon is one of the most prolific composers in the U.S.; Jerry Owen’s numerous achievements include two Pulitzer Prize nominations; Jorge Muñiz has had his music performed by chamber ensembles, chorales and orchestras throughout the world; Marc Mellits is one of the leading American composers of his generation and one of the most performed and recorded living composers in the United States; and Amin Sharifi’s recent works have been performed in the United States, Europe, and his native Iran.

The program opens with David Noon’s Partita Op. 103 containing four movements reminiscent of Baroque dance forms, capturing their rustic charm in a reimagined context that makes use of chromatic harmonic and lyric melodic materials. The soaring work Mesquanowat’, composed by Jerry Owen and named for the Mesquakie word for the red-tailed hawk, captures the spirit of both the majestic bird and the Mesquakie tribe.

The two pieces that comprise Marc Mellits’ humbly named Two Pieces for Flute and Guitar highlight his unique musical style: an eclectic combination of driving rhythms, sumptuous lyricism, and vibrant orchestrations that combine to communicate deeply with the listener. “Fast” exploits changing meters and rhythmic minimalism in a way that is distinctively his own, while “Elegy for Lefty; Expressive” is compellingly poignant and haunting.

Duets Exhibition, composed by Amin Sharifi, is comprised of a set of short pieces designed to put listeners inside an experience in which all their other senses are engaged beyond mere listening. The album concludes with Jorge Muñiz’s South Shore Suite, written as a metaphor for a journey on the South Shore Rail Line. It draws upon diverse musical elements from the Midwest and Indiana vernacular: jazz, blues, country, R&B, and even rock. Its first movement, “Prologue: South Bend, Indiana” establishes the train metaphor as a rhythmic ostinato with unexpected meter changes, and in its final movement, “Epilogue: Chicago,” played attacca, the sense of the train’s motion is more and more apparent as the train draws closer to its destination of Chicago. 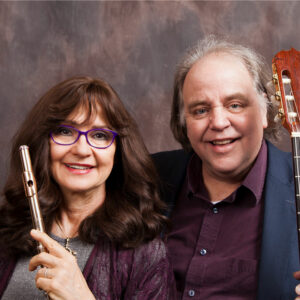 Duo Sequenza’s passion is to build new audiences for today’s classical music and promote the work of living composers. The duo has toured extensively, premiering American new music throughout the United States, Asia, and Europe. Lauded as "… brilliant, gossamer, and completely engaging…a delight to hear..." by Arts Indiana Magazine, they have been honored with invitational performances at the 21st Century Guitar Conference, Flute New Music Consortium Festival, Mid-Atlantic Flute Festival, National Flute Association Convention, and others. Award-winning adjunct projects, composer collaborations, and residencies augment their impact on today’s classical music, as have more than 20 new works written for them.