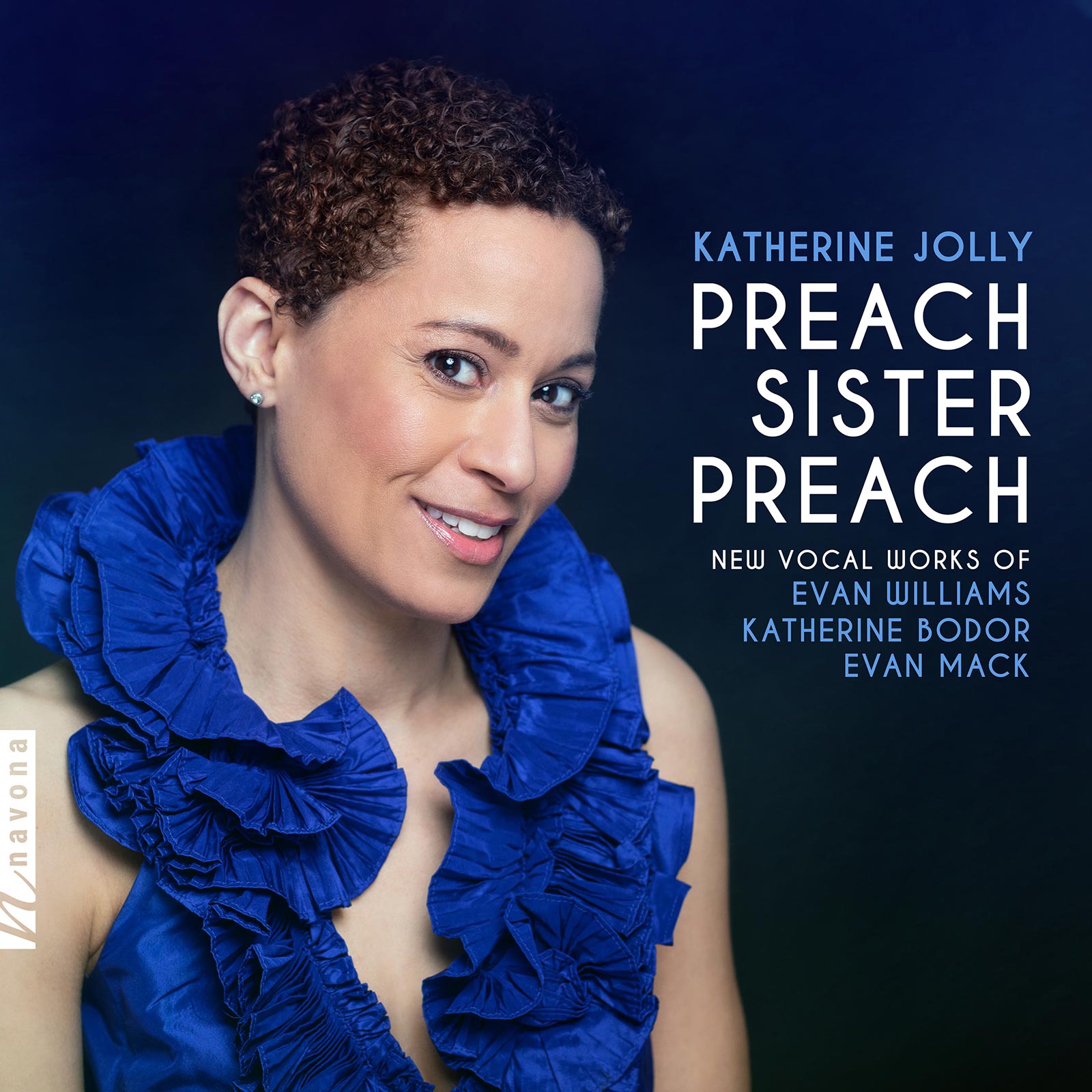 PREACH SISTER, PREACH showcases award-winning Katherine Jolly’s “agile, bright lyric soprano” voice (The New York Times) on a series of pieces that are distinctively individual in their inspiration while cohesively united by the passions of their composers.

Collaborating with pianist Emily Yap Chua, Jolly evokes the passion and curiosity of Emily Dickinson’s poetry in Evan Williams’ Emily’s House, a collection of ten poems in which she communicates the lyrics such that one could imagine the voice being that of the poet’s herself. A keen observer, Dickinson used images from nature, religion, and science to probe universal themes: the wonders of the natural world, the identity of the self, death and immortality, and love. Together Jolly and Chua breathe incredible new life into these ideas, delivering a personal and profound performance while transporting modern audiences to another place and time.

Jolly turns to inspiration of a more contemporary and crucial nature on Absent an Adjustment in which her voice, ominous and purposeful, floats above and around the strings, frequently in a dissonant duet with the clarinet, heightening the intense spirit of the piece. The acrobatic coloratura vocal line, use of repeated motives and text, combined with the highly rhythmic ensemble in Katherine Bodor’s Absent an Adjustment, support its message of urgency in the face of ecological disaster.

Acclaimed composer Evan Mack was inspired by the energy of the first women’s march to craft Preach Sister, Preach, a song cycle which explores and celebrates the voices of ten powerful women such as Lucille Ball, Mae West, Simone de Beauvoir, Tina Fey, and Ellen DeGeneres. The intricate collaboration of Jolly and Chua succinctly portrays the power of the quotes from these women and, in doing so, offers both musical and lyrical insights into the women themselves.

An accomplished singer on the operatic and concert stages, Jolly has performed to great critical acclaim throughout the world. With PREACH SISTER, PREACH, she demonstrates not only the power and beauty of her instrument but the importance of the female voice to enact needed change in today’s world. 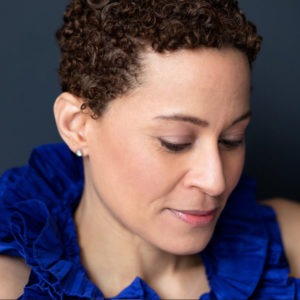