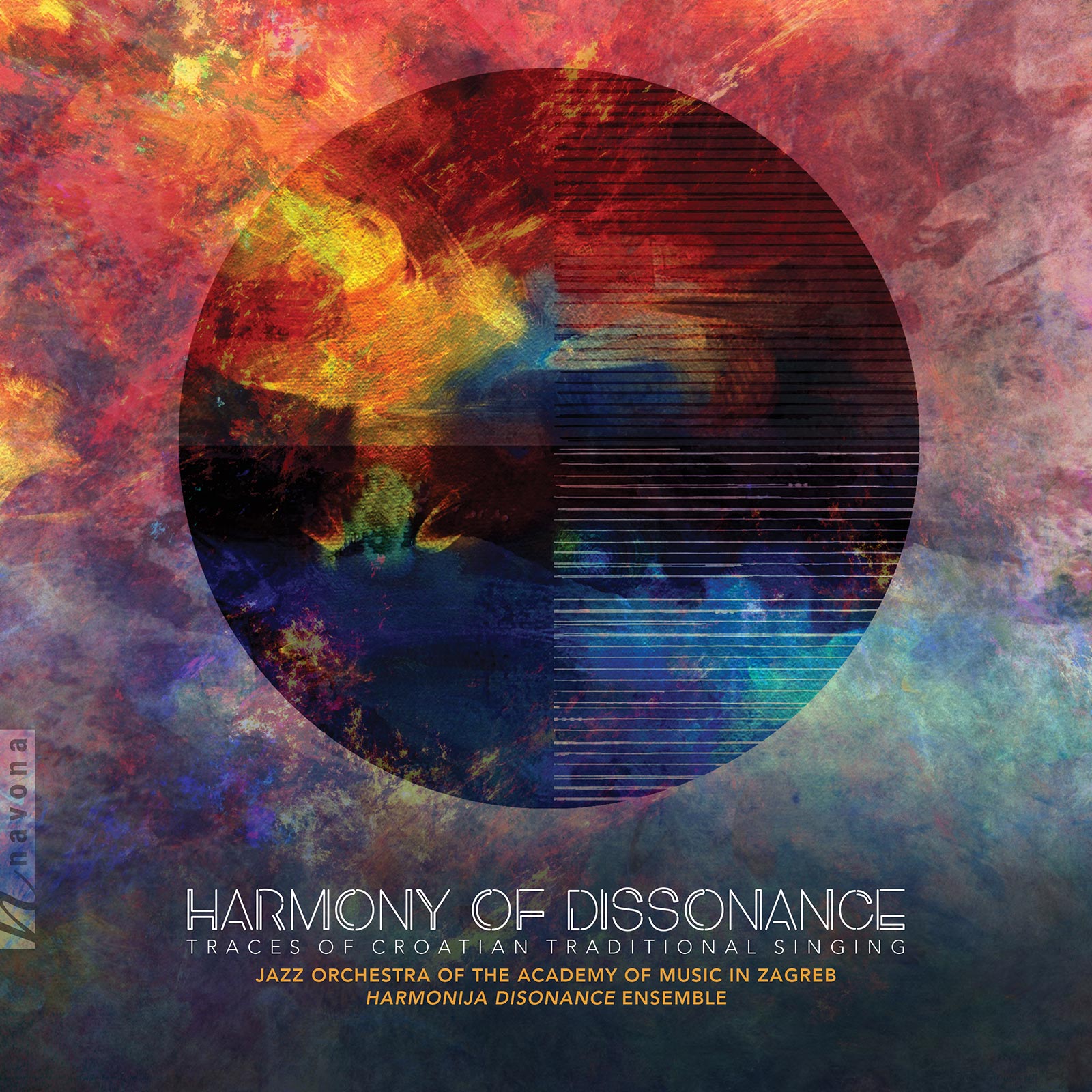 HARMONY OF DISSONANCE brings together, juxtaposes, and intertwines the disparate singing styles of the regions of Dalmatia, which remain stylistically and performatively distant even today. While these musical worlds present seemingly irreconcilable musical and cultural differences, they are all connected by polyphonic singing, which forms the core of this collaboration between the Harmonija Dissonance Ensemble and the Jazz Orchestra of the Academy of Music in Zagreb.

The Harmonija Dissonance Ensemble turned to their experiences with renowned traditional singers as well as to ethnomusicological field recordings of the songs that are included on the album. The process of music making in the Ensemble is firmly grounded in the act of concentrated listening, guided by the goal of coming ever closer to the sound ideal of archaic traditional harmony. The Ensemble first performed this representative program of traditional singing in Zagreb in May 2017. The songs are musically intriguing and performatively challenging, reflecting both local specificities and the heterogeneity of expressions, styles, and genres. An initial recording of this performance then became the inspiration for composer Zoran Ščekić, who has “translated” ten of the songs into a series of instrumental miniatures which are woven throughout the album, performed by the Jazz Orchestra of the Academy of Music.

On HARMONY OF DISSONANCE, the polyphonic singing of traditional songs from disparate areas of Dalmatia is given a second life in new and different interpretations which, while significantly distant from their original performance contexts, remain stylistically and melodically close to their source. These experiments with tradition, colored by the artistic expression of the latest generation of academic musicians, can present one possible answer to the question of what might happen on a contemporary journey in search of “the traces of traditional singing.”

Harmonija Dissonance Ensemble evolved from the eponymous research and performance project that started at the Academy of Music in Zagreb in 2016. Guided by the idea of bridging the gaps between the worlds of academic and folk musicians, of traditional and art music, the project soon evolved into the lively and stimulating space of mutual learning, experimenting, and music-making of renowned traditional singers and the Academy’s students.

Jazz Orchestra of the Academy of Music in Zagreb

Jazz Orchestra of the Academy of Music in Zagreb was founded in 2016, following in the footsteps of the renowned Big Band of the Academy of Music of the early 1980s, founded and led by the distinguished professor Stanko Selak. The repertoire of the Orchestra encompasses standard pieces written for big band orchestra that in time became the canonical literature of big bands around the world, as well as works of contemporary composers of art music inspired by jazz.