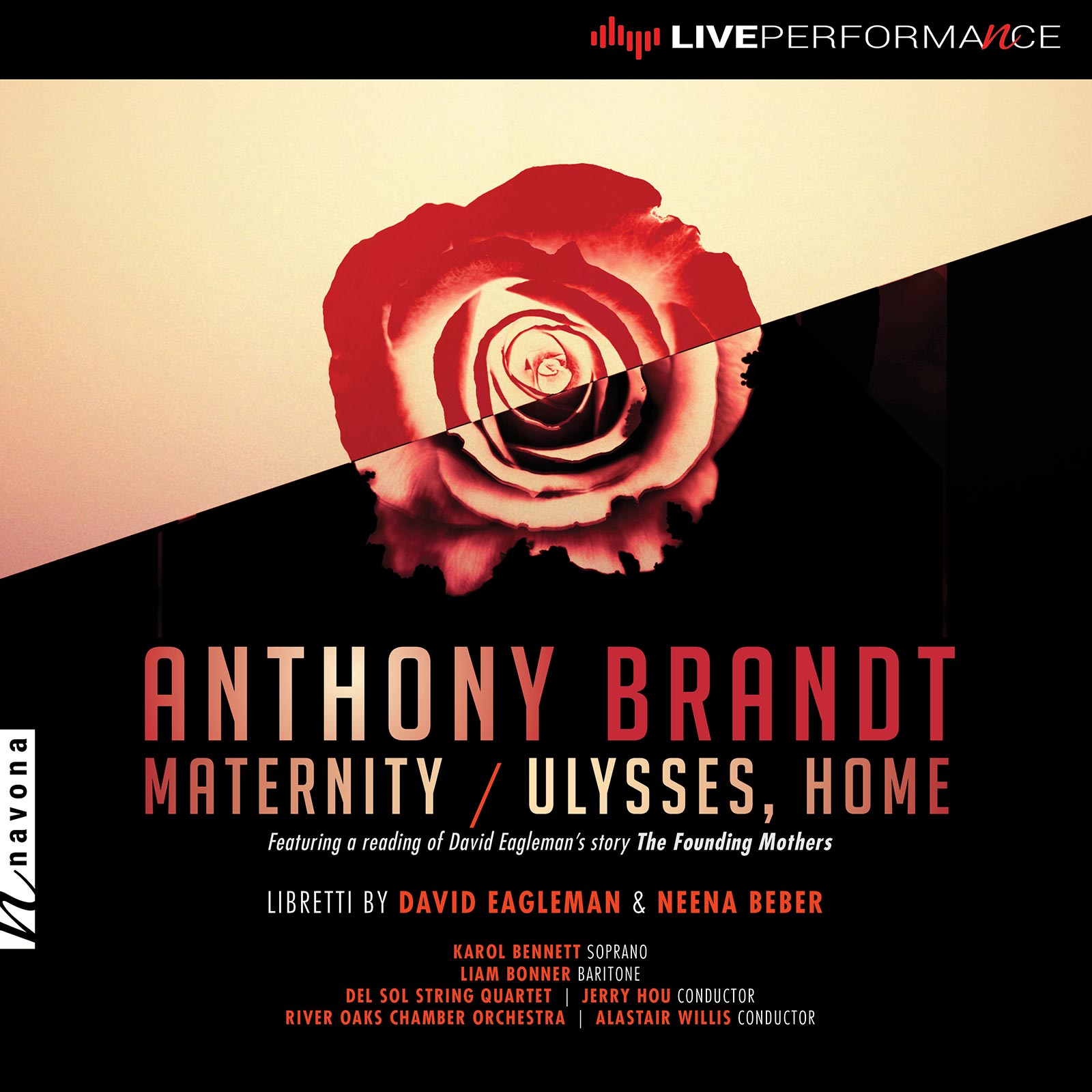 FEATURING A READING OF DAVID EAGLEMAN’S STORY THE FOUNDING MOTHERS

Maternity for soprano and chamber orchestra is based on neuroscientist David Eagleman’s short story “The Founding Mothers,” published in Slate Magazine on Mother’s Day, 2010. Eagleman reads the complete story on the album, which traces a maternal line back through history. In the space of seventeen minutes, the composition touches on the lives of twenty-one mothers spread across millions of years of history.  Brandt’s setting begins with a fragment of a lullaby sung to a child; as the piece progresses, that lullaby becomes more and more distorted as the evolutionary chain rewinds to early humans, primates, aquatic creatures, and eventually to a single cell.

Ulysses, Home imagines Homer’s story of Ulysses and his return to Penelope after the Trojan War in a more contemporary context, portraying the hero as a modern soldier suffering from post-traumatic stress disorder. Scored for soprano, baritone and string quartet, and comprised of five continuous scenes, the opera’s opening evokes the ferocity of combat and Ulysses’ many tours of duty. As the couple is reunited, the battle music becomes submerged–but it is never gone entirely. Instead, it hovers in the background, gradually re-emerging as Ulysses struggles to leave the battlefield behind.

Both pieces on MATERNITY / ULYSSES, HOME were recorded live in Houston TX. Riveting, moving, and altogether unforgettable, Brandt’s album covers the multifaceted experiences of human life from its very beginnings all the way to today. 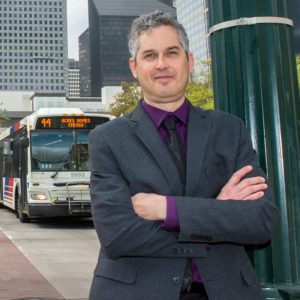 Composer Anthony Brandt’s catalogue includes three chamber operas, as well as orchestral, chamber, vocal, theater, dance, and television scores. Recordings of his music are available on the Albany, Crystal, and Navona labels. As co-founder and Artistic Director of the Houston-based new music ensemble Musiqa, Brandt has produced performances of the music of over 200 living composers, including over 70 world premieres. Musiqa’s innovative interdisciplinary concerts have earned two national awards for adventurous programming. Brandt and neuroscientist David Eagleman have co-authored The Runaway Species: How Human Creativity Remakes the World, published in fourteen countries. Brandt has written extensively about music cognition and creativity, and is currently a co-investigator in an NEA research lab and several other studies. He is a Professor of Composition and Theory at Rice University’s Shepherd School of Music.