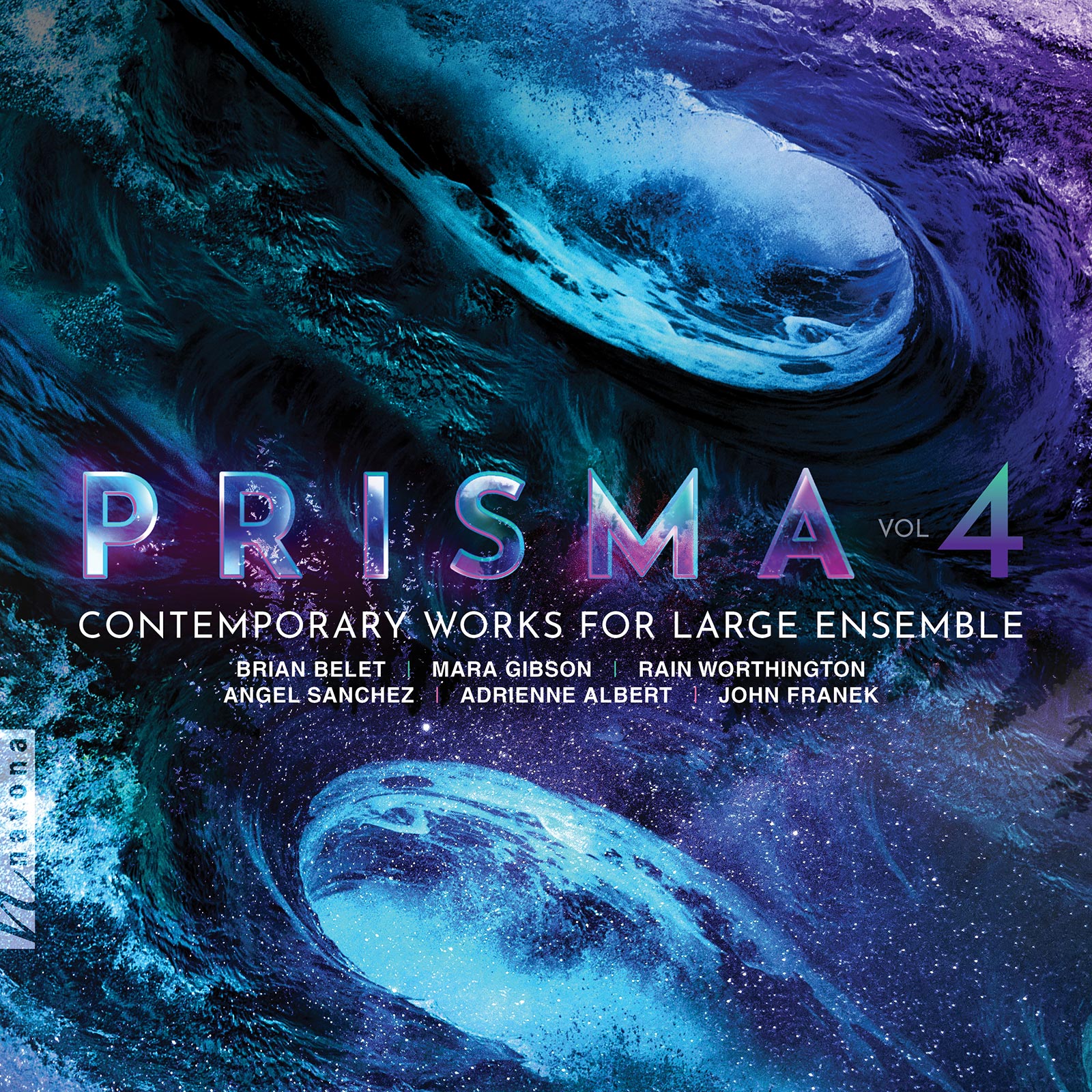 Brian Belet's three-movement string orchestra work Stellar Nebulae starts off the album. The multi-layered I. Emergence is aptly contrasted with the calm II. Contemplation, before culminating in the animated finale of III. Expansion. The structure is classical, the tonal language modern, but with influences reminiscent of Baroque concertos. Mara Gibson strives to paint an impression of a small island's ecology in Secret Sky. Completely novel and original in its concept, this work is based on the migratory patterns of birds on Beaver Island MI. A similarly nature-themed inspiration is the background of Rain Worthington's Shadows of the Wind. It graphically evokes the changing silhouettes of leaves and branches cast on walls during a storm, mirroring the workings of the human subconscious.

Next up is Angel Sanchez' symphonic poem À Laura, a three-movement dedication to a beloved woman. I. La petite Princesse is a feisty characterisation of the heroine, II. La mer et les étoiles aptly portrays the beauty of the dedicatee's beloved sea and stars, while III. Feu is an uninhibited declaration of passion. There is an air of martiality to Adrienne Albert's Courage for Winds, its beginning centered around a recurring snare drum beat. Commissioned by the Inland Empire Youth Wind Symphony Commissioning Consortium, it reflects the battle against adversity in a tonal language that is decidedly American. John Franek's Mithridates epically closes the album with a punch of Dvořákian opulence: its unbridled energy remains profoundly reminiscent of the highly dramatic Slavic musical tradition of the late 19th Century.

PRISMA VOL. 4 seamlessly takes up on the quality listeners have come to expect from this series. In its diversity, this apposite cross section has something to satisfy not only every mood, but also every taste. 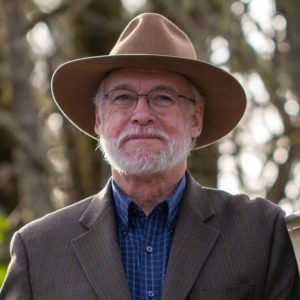 Brian Belet lives in northwestern Oregon with his partner and wife Marianne Bickett. His album SUFFICIENT TROUBLE, containing ten of his computer music compositions, was published by Ravello Records in 2017. Stellar Nebulae, for string orchestra, was published on the album PRISMA VOL. 4 by Navona Records in 2020, and his brass quintet Three by Five was published on the album BRASS TACKS, also by Navona Records, in 2022. Additional music is recorded on albums published by Capstone, Centaur, Frog Peak Music, IMG Media, Innova, New Ariel Recording, SWR Music/Hänssler Classic, and the University of Illinois labels, with research published in Contemporary Music Review, Organised Sound, Perspectives of New Music, Proceedings of the International Computer Music Conference, and Proceedings of the International Web Audio Conference. 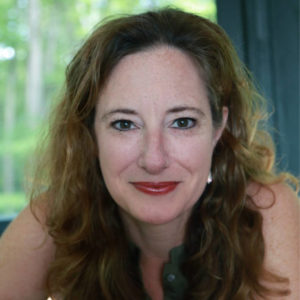 Composer Mara Gibson is originally from Charlottesville VA. She graduated from Bennington College and completed her Ph.D. at SUNY Buffalo. She also attended London College of Music, L’École des Beaux-Arts in Fontainebleau, France, and the International Music Institute at Darmstadt, Germany. 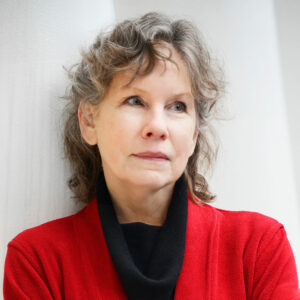 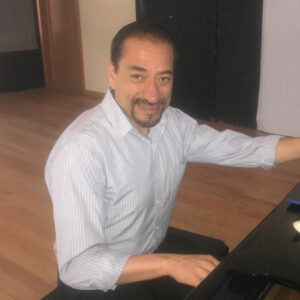 Angel Sánchez Enríquez was born in Mexico City in 1971. He graduated from the Superior School of Music which belongs to the National Institute of Fine Arts in Mexico City with a Bachelor of Music in Percussion Performance. He also studied piano with Yulia Vischnevetskaia, violin with Guela Dubrova, and orchestral conducting with several prominent conductors as Kurt Redel, Ronald Zollman, and Yuri Simonov. 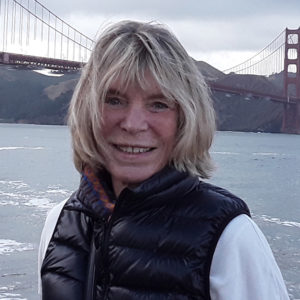 Award-winning composer Adrienne Albert (ASCAP) has had her chamber, choral, vocal, orchestral, and wind band works performed throughout the United States and around the world. Having previously worked as a singer with composers Igor Stravinsky, Leonard Bernstein, Philip Glass, and Gunther Schuller among many others, Albert began composing her own music in the 1990s.

John Franek (b.1996) is a pianist and composer whose compositions “evoke an epic narrative” (Sonograma Magazine). Franek has had premieres of his own works performed in North America, South America, Europe, and Asia, with notable premieres in locations such as in New York City, Philadelphia, Los Angeles, Vienna, London, Amsterdam, Paris, Lviv, Krasnoyarsk, Ostrava, Olomouç, Milan, Rome, Havana, Quito, and Tashkent. Among these performances, he has had his works performed by ensembles such as The Siberian State Symphony Orchestra, Janáček Philharmonic Orchestra, The Moravian Philharmonic, KLKNewMusic, the Brightwork Ensemble, the Lontano Ensemble, and Trio Immersio.

From the recording of Secret Sky. Artemis Concert Hall in Athens, Greece.

STELLAR NEBULAE was composed in 2018 for Bridges, a string orchestra in Bainbridge Island WA; and the music is dedicated to Patricia Strange, founder, director, and concertmistress of the ensemble. The titles (overall and individual movements) emerged after the music was well underway, so there is no direct programmatic or poetic association intended on that level. The main title reflects my long-standing interest in astronomy, as well as in all scientific fields of exploration. Movement titles refer to the general sense of what the music is doing (or where it is going) during each of those structures. “Emergence” explores active sweeping textural gestures in a pseudo perpetual motion context with tiny bits of melody almost emerging from the primordial swirl. “Contemplation” is inward-looking, overall subdued with muted strings throughout, but still quite active in its own way (including several fugal sections). The music is directed towards my mother, specifically her life example and my memories of her. “Expansion” combines aspects of the first two movements, explored in new contexts as summarizing and concluding structures, with several endings that don’t end and fresh starts that expand in other directions.

The recording of and post-production for Stellar Nebulae was underwritten in part with a Dean’s Professional Development Grant from the College of Humanities and the Arts, San Jose State University, San Jose CA, 2019.

“This is love: to fly toward a secret sky, to cause a hundred veils to fall each moment. First to let go of life. Finally, to take a step without feet.”

Secret Sky is inspired by the island community of Beaver Island, Michigan. Robert Nordling and the Beaver Island Cultural Arts Center commissioned me to compose this piece as a part of the 2017 Baroque on Beaver Festival where it received its premier.

Beaver Island is an extremely ecologically diverse area. As a consequence, there are a plethora of bird species inhabiting the island. In tracking the bird patterns around the island, moving from the north end to the east side, around to the west side and back up the central, I discovered several sonic patterns (based on the bird calls themselves as well as their migration paths).

The North end begins with a lighthouse, a beacon of sorts. Then, migratory songbirds prevail with a brief encounter with a swan. Sparrows and flutters dominate the east side of the island with marshy foul and woodpeckers leading us around to the west side. Also, on the west side, we are introduced to the other lighthouse on the island, after which we move through a graveyard and then reach the highest bluff on the island. Finally, circling around to the central area, we experience the greatest habitat diversity with bluebirds and osprey, indulgent in their wavering squeals. An undercurrent of the piece is the subtle roll of a wave on the shoreline, moving interchangeably through the parts.

Secret Sky is dedicated to my uncle and godfather, James Gibson, 1949-2017. Secret Sky was the result of work started at the MacDowell Colony during my residency in 2016.

Shadows of the Wind

The inspiration for this work came to me one night while listening to the sounds of a windstorm. As the wind increased and diminished in cycles, the room was filled with changing patterns of shadows cast on the walls by the movements of branches and leaves – reminding me of memories that flicker on the surface of our subconscious.

This symphonic poem is dedicated to my beloved Laura, based on reminiscences of her life. The music describes from the very beginning her experiences and invites the listener to imagine them in the same way as a book is read.

La petit Princesse
We can see her climbing the trees, riding up the hills and suddenly going down in a rush, as well as sorting useless meetings at work. Her adorable hyperactivity is resembled here.

La mer et les étoiles
She loves the sea and the stars. With a Celtic-like melody introduction, this movement shows her character meeting the force of the waves in the sea and turning up to the sky with magic chords. At the end she is flying through the stars forever.

Feu
Passion is the word that outlines this movement. A cello solo represents Romeo, who sings to her with passion and shows that their love will endure regardless of the circumstances.

Originally written for orchestra, Courage for Winds is a bold, powerful work, rhythmic and melodic with an underlying snare drum military-like heartbeat. The opening melody from the brass is taken over by the woodwinds and then the saxophones. The work is inspiring and heartfelt. Brass and piccolo players love this piece. Courage for Winds is an outgrowth of my battle with Breast Cancer, and speaks to the strength in all of us to overcome adversity in our lives. Jeff Boeckman and the Inland Empire Youth Wind Symphony premiered the work. Subsequently, Courage for Winds has been performed by numerous groups including The Long Beach Municipal Band, Larry Curtis, conducting, The West Point Military Band, Lt. Maj Tod Addison, Conductor, and Los Angeles Symphonic Winds, Stephen Piazza, conductor. This work is particularly suitable for patriotic programming and as an opener for most concerts.

Selected as one of the winning pieces of the Siberian Symphony’s Composition competition 2017, Mithridates portrays the disorder and turmoil which characterized the reign of Mithridates VI of Pontus. Mithridates acted as the final ruler on the Kingdom of Pontus, perishing with his kingdom after three large scale wars with the Roman Empire whose main mission at the time was absorbing smaller kingdoms. Within Mithridates the listener may find a sonic portrayal of the vastly deep and intuitive expressions of human emotion within the perpetually chaotic process(es) known as civilization. Bound by infinite possibilities of natural and man-made disasters, the rise and fall of our civilizations and their obsessions over beauty and force seem to be more of a phenomenon which each passing day. This rise and fall acts as the arch in which Mithridates is portrayed.

Shadows of the Wind (excerpt) 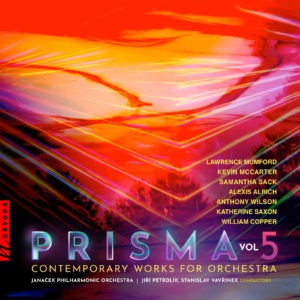 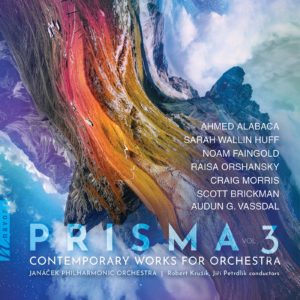 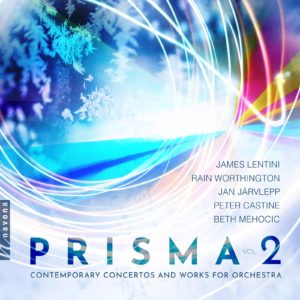 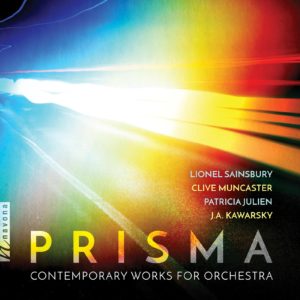