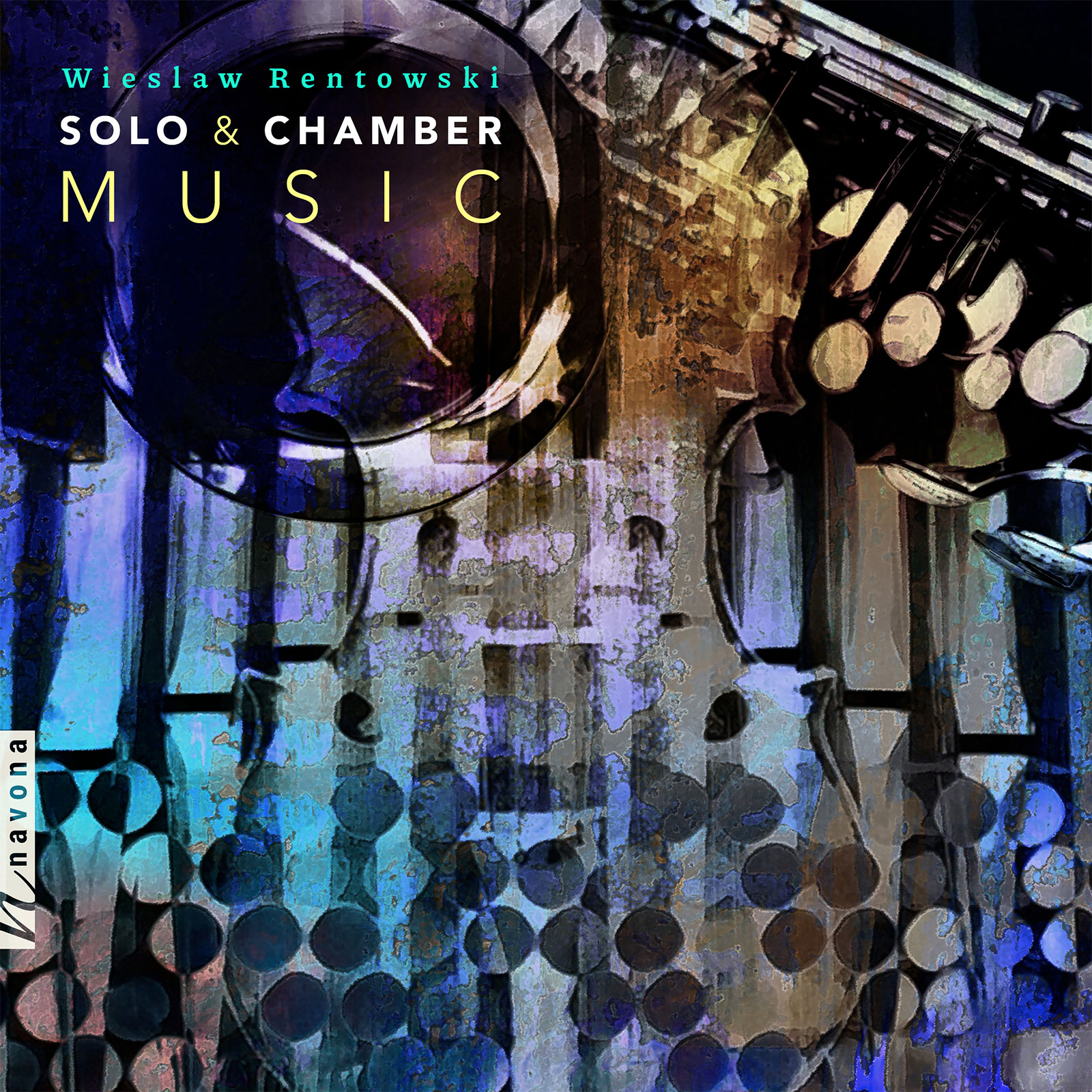 Internationally-renowned composer Wieslaw Rentowski presents SOLO & CHAMBER MUSIC on Navona Records, an album whose works span three decades of Rentowski’s chamber music oeuvre. Many of the works featured on the album are inspired by Louisiana and the Southern United States. The 1986 piece Baton Rouge for Prepared Piano celebrates the multitude of cultural traditions found in southern Louisiana and employs a variety of articulation techniques to create unique prepared piano sonorities. La Fiesta for Cello and Piano (1991) is a demanding work for cello that reflects the confluence of Spanish and Mexican cultures with others found in the Southern United States. More recent compositions include Affabile from 2017, whose musical language is more traditional and emphasizes melody and harmony while introducing nontraditional meter changes and musical textures. SOLO & CHAMBER MUSIC is a varied and inviting release that showcases the breadth and depth of Rentowski’s compositions.

AFFABILE FOR PIANO
Recorded in 2017 at Gnesin Academy of Music in Moscow, Russia

BATON ROUGE FOR PREPARED PIANO
Recorded in 1986 by the Polish National Public Radio in Warsaw, Poland

POSTLUDE FOR STRING ORCHESTRA
Recorded in 2005 by the Slovak Radio Symphony Orchestra in Bratislava, Slovakia
Score published by Conners Publications in Natchitoches LA 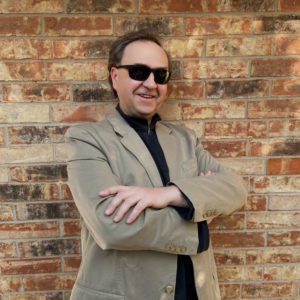 The music of Wieslaw Rentowski has been performed at hundreds of international festivals, concerts, and conferences in Europe, Russia, Asia, New Zealand, the United States, and Canada. In 1988, Rentowski was awarded the 1st Prize in the National Competition for Young Composers in Warsaw, Poland. He has received several composition prizes for his orchestra, chamber, and solo works from the Polish Composers’ Union, the Fr. Chopin Academy of Music in Warsaw, the City of Elblag (750th anniversary), Louisiana Music Teachers Association (1st Prize in 1990 & 1998, LMTA All State Competition).

Commissioned by Prof. Stanislaw Moryto (Artistic Director of New Music Organ Festival in Legnica, Poland, “Organ Conversatorium”). This experimental composition was written to celebrate the birth of the composer’s son. Its unique instrumentation and the use of new organ and accordion techniques were the subject of many articles in Polish, German, and English.

Affabile (It. Pleasing, graceful) was written for the great Russian pianist Prof. Dmitri Ratser (soloist of the Moscow Philharmonic). Its musical language is more traditional, with emphasis on melody and harmony. The composition requires top piano virtuosity. A novel aspect of the piece is related to frequent nontraditional meter changes, music texture created by unconventional use of piano technique and different layers of dynamics applied simultaneously in both hands.

Wayang is somewhat related to my earlier composition Wayang for large percussion ensemble, strings, soprano, and several prepared instruments (premiered at the Warsaw Autumn International Music Festival in Poland). Both compositions were partially inspired by gamelan – a classical Indonesian orchestra – in which the percussion instruments are the most important. The piece is in one movement and combines some Baroque idioms (first introduced in the key of G minor) with several modern techniques, including foot stomping (percussion and theatrical effects associated with gamelan performances). Wayang was written for violinist Karen Lim-Smith and is dedicated to her. The piece was premiered by Karen Lim-Smith during the 2009 NACUSA Texas Conference (National Association of Composers USA), at Stephen F. Austin State University, Nacogdoches TX (February 2009).

Inspired by many cultural traditions of southern Louisiana (and its capital city, Baton Rouge), the piece explores different articulation techniques as related to creating unique sonorities of prepared piano—for example, utilizing several hanging metal chains inside the instrument. The composition combines short repeated phrases with longer passages and appoggiaturas to create the sense of departure, destination, and arrival.

The piece is a one movement composition written originally for a three-manual organ. It was awarded the prize in the Polish National Composer’s Competition in Warsaw, Poland (1988). The musical language of the piece employs an alternation of quasi-baroque motifs and polyphony (organ part) with more avant-garde texture (cluster-like chords). The saxophone part is very free in its dramatic and lyrical expression, and is full of different techniques often influenced by associations with jazz (fast repetitions, glissandi, and aleatoric passages).

The composition was commissioned by Thaddeus Brys (Prof. of Cello at Louisiana State University, Baton Rouge) and subsequently received numerous performances in US, Canada, and Europe. The piece and its title was inspired by Spanish/Mexican culture present in southern United States and requires top cello virtuosity.

The title of this work, Iris, comes from two sources. In Greek mythology, Iris was the goddess of the rainbow and messenger of the gods. The iris flower has three upright parts and three drooping parts. Thus, the piece, based on the Irish song “St. Patrick,” is in three movements. Conceived and composed after St. Patrick’s feast, the work remains reminiscent of the Iris[h] tune written for a masquerade, with some aeolian flare. It was premiered by flutist Timothy Malloch and pianist Brigitte Poulin on June 1, 1995 during the Polish Music Festival at McGill University, Montreal, Quebec. Iris is dedicated to the German/Canadian composer from Montreal, Wolfgang Bottenberg.

Commissioned by Prof. Andrzej Chorosinski (the great Polish virtuoso organist and improvisatore), the piece combines new ideas (focusing on organ texture, rhythm, and harmony) with more traditional musical elements and organ avant-garde techniques. The composition is based on the opposition of modal (“Gregorian” idiom/theme), tonal (F minor center) and chromatic features. Although the composition is autonomous, it resembles a rondo form. New Orleans Magnificat received its North American premiere on March 2, 1994, by the composer at Christ Church Cathedral in Montreal, Canada.

À La Mode [French, à la mode in the fashion; served with ice cream] was commissioned by the Louisiana Music Teachers Association, as a result of the LMTA 1998 Commissioning Award Composition Contest. The composition was first performed in Lake Charles LA by pianist Christina Long (during the 1998 LMTA Convention). À La Mode was conceived as a brilliant piano metaphor of French – Polish culture and is related to the composer’s music theory (and compositional technique) concept of “open / universal tonality.”

Postlude was inspired by a short organ work entitled Pastorale by the Italian composer Domenico Zipoli (1688-1726) who was an organist in Argentina. This modern Postlude introduces for the first time a “mysterious” chord created by Rentowski and combines contemporary techniques with a Baroque flare. The piece was commissioned by the Louisiana Sinfonietta and was premiered by that ensemble on May 7, 1995 at De La Ronde Hall, Baton Rouge LA.