Navona Records proudly presents HIGH VOLTAGE CHAMBER MUSIC, the latest album from composer Jan Järvlepp. Following close on the heels of CONCERTO 2000 and FLIGHTS OF FANCY, Järvlepp carries forward the momentum with this newest release. Featured on the album is String Quartet No. 1, the composer’s first full-length string quartet—an important milestone for any composer. The album also features a couple of Järvlepp’s quintets, both of which undoubtedly live up to the album’s title. In the midst of a global health crisis, HIGH VOLTAGE CHAMBER MUSIC comes as an exhilarating triumph in the midst of adversity—a triumph to be enjoyed by listeners everywhere.

"Hear this one out by all means."

"The performances by the Sirius Quartet are "high voltage" indeed, as the album's title promises" 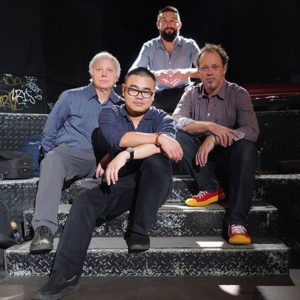 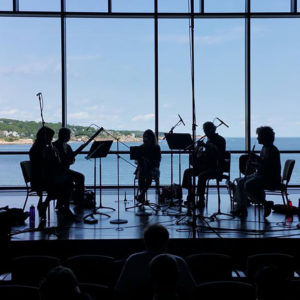 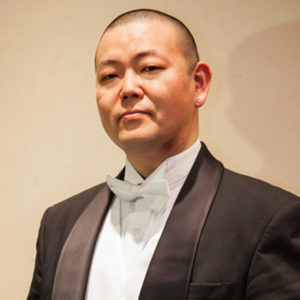 American violinist Jae Cosmos Lee, who’s performances have been acclaimed as “Delicate and beautiful,” (Syracuse Post-Standard) and “Bursting with color,”(Boston Globe) is Concertmaster of the Cape Symphony in Cape Cod MA, and co-founder of A Far Cry, the GRAMMY nominated, resident chamber orchestra of the Isabella Stewart Gardner Museum in Boston. He is also Curator & Director of the Nth Degree Chamber Music Series based in Falmouth MA, first violinist of the Boston-based Pedroia String Quartet, and the Associate Concertmaster of the Boston Philharmonic Orchestra. 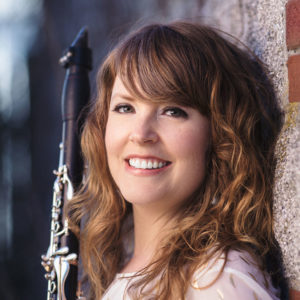 QUINTET 2003 (2003) was composed for the Ottawa Chamber Music Festival at the request of its founding artistic director, Julian Armour, as part of an ongoing series of quintets. Each of these quintets is scored for string quartet plus one additional instrument. This work adds an extra violin permitting imitative figures to be bounced from one violin to the next, as we hear at the very beginning.

The hot, fast violin playing in the first movement caused me to name it Fancy Fiddling. There are moments when flamboyant “high voltage” solos allow the violinists to show off their skills in a quasi-competitive manner. It almost becomes a triple violin concerto at times. Unlike a sonata movement, there is no second theme although the existing material gets a chance to become more elaborate. After a while, the cello starts playing an ostinato bass as the group transforms into a kind of Hungarian folk band which gradually speeds up and leads to a rousing ending. But just try to find a Hungarian band that sounds like this quintet!

Confession, the slow second movement, is very expressive, lyrical and romantic with an air of mystery created by the tremolando violins. The viola and cello are the main carriers of melody, often passing the tune back and forth in a musical conversation. At times they play together in harmony. There is no pop or folk music influence here, unlike the two outer movements. I really don’t know what this confession is all about but there seems to be a feeling of revealing some intimate thoughts. Through music like this, I feel that romanticism is alive and well in the third millennium.

The third movement features even more hot violin playing and is therefore called More Fancy Fiddling. The frequently changing time signatures may remind one of Bartok’s chamber works that were influenced by his ethnomusicological trips to the countryside of Eastern Europe. These changing time signatures never allow the listener to sit back and enjoy the comfort of predictable 4/4 time. One’s mind is constantly engaged with encountering the unexpected and the irregular. The use of double stops (playing on two strings at the same time) provides a rich acoustic environment which sounds almost like a chamber orchestra. Near the end it sounds as if a Romani violinist has suddenly burst into the piece and is demonstrating his flamboyant style of playing with a flexible tempo. It is high voltage all the way to the end. Quintet 2003 was commissioned with funding from the Ontario Arts Council and premiered in the 2003 festival.

THE WOODWIND QUINTET (1995) was commissioned by the CBC for Ottawa’s Bel Canto Woodwind Quintet. They gave the premiere performance in Ottawa in 1995 at a concert recorded for broadcast by the CBC. The work is in three movements following the classic fast-slow-fast format.

The first movement, “Rollercoaster,” is lively and contains noticeable pop music influence. Surprise sections of klangfarbenmelodie appear, in which tone colors change rapidly on a repeating pitch and harmonic movement comes to a halt. However, the lively pop rhythms soon reassert themselves with a cheerful sense of abandon.

The second movement, “Solitude,” is lyrical, romantically expressive, and thoughtful. The tone quality of the ensemble darkens as the flutist and oboist change instruments to alto flute and English horn, respectively. Also, the ensemble’s bass instrument, the bassoon, carries much of the melodic material.

The third movement, “Pyrotechnics,” contains no melody at all but is made of rapidly unfolding colorful textures, much like a pyrotechnics display in the sky. Abstract cascading swirls of sound descend like a falling firework. Unexpected jazzy rhythms interrupt the flow of these cascades of sound with block-like chords.

THE BASSOON QUARTET (1996) was composed for Toronto’s Caliban Quartet as the result of a commission from the Canada Council. They gave the first performance at the Ottawa Chamber Music Festival in 1998 to a very receptive audience. Following the common fast-slow-fast format for its three movements, the fourth bassoonist plays contrabassoon in the outer two movements.

The first movement, “Cadillac,” reminded one player of driving down the highway in a 1959 Cadillac, high fins and all. So I renamed the movement to reflect that idea, which seems to capture the spirit of the music perfectly. Indeed, it sounds like one is setting out on some sort of an adventure when the music begins. Each player gets to “wail” with a solo, including the contrabassoon, which sounds one octave lower than the other three bassoons. Near the end of the movement some temper tantrum style of gestures appear but finally all is resolved by the end.

In the slow, lyrical second movement, “Reaching,” the fourth player switches from contrabassoon to regular bassoon, yielding four equally expressive voices which soar together into the highest register of the instrument. They are reaching for the highest notes that the instrument can produce, creating a haunting form of expression not often found in classical music. In fact, their collective sound makes the composer think of a large bird in the wilderness. The third movement, “Jig,” is a kind of hybrid between the traditional European jig, set in triple time, and more contemporary influences which serve to derail the music from its original rhythmic patterns. Unexpected harmonic changes further draw the listener away from normal expectations. Moments of minimalistic arpeggios appear but don’t they overstay their welcome.

There is also a saxophone quartet arrangement of this piece, which has been performed several times in various cities.

STRING QUARTET NO. 1 (2010) What do serious classical composers do anyway? Well, usually they compose big pieces for symphony orchestra and for string quartet. Having composed quintets and trios, I decided to finally add a string quartet to my collection of works in 2010.

For some reason, I decided to make use of open strings in each movement. Those open strings, combined with fingered notes, produce double stops creating a rich acoustic sonority that sounds like more than four people are playing.

The first movement, “Confrontation,” starts with a rather tough sounding figure which is more percussive than melodic. But melodic material is gradually heard above this percussive rhythm and starts developing. I frequently use what I call the Spoonful motive, a descending minor third figure that is heard in the old blues song of the same name. Perfect fourths are also quite predominant melodically.

When I composed the second movement, “Contemplation,” I was at a low point in my life. Much of what I was experiencing found its way into this slow music. It expresses sadness and yearning, and at one point starts to become very agitated and panicky. After a frantic climax, it returns to the style heard at the beginning of the movement. Unlike pop music, classical music like this can deal with the challenging issues of life without worrying about creating a hit song.

The third movement, “Skating,” implies movement to me. It gives me the impression of a steel blade gliding on ice, which I have tried to translate into sound. In Ottawa the Rideau Canal freezes in the winter permitting very enjoyable skating for several kilometers. I started skating on it in the 1970s as a music student at the University of Ottawa, which is near the canal. So decades of seeing people and trees whizzing by have given me an appreciation of the sense of effortless movement caused by gliding. Well into the piece there is a climactic buildup of texture that leads back to the opening material and this brings the movement to a close. The first performance was given in 2014 by the Strathcona String Quartet at the New Music Edmonton Festival.