Navona Records presents DIVISION OF MEMORY, a comprehensive collection featuring a variety of sound production methods displayed on the cello by Thomas Mesa. The works of composers Lydia Jane Pugh, George Holloway, Ben Yee-Paulson, Jonathan Chenette, and Elizabeth Start are featured on this album, each with their own compositional personality and a repertoire dedicated to the multifaceted soundscape of the cello. Music inspired by traditional Paiute Indian melodies, sounds borrowed from Asian bowed string instruments, traditional fiddle playing, and more are echoed throughout. Mesa is accompanied by pianist Yoon Lee in this cello-oriented collaboration.

"The composers are new to our ears, but this is a good way to meet them."

"easy to enjoy and difficult to forget" 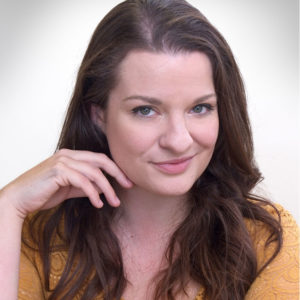 Hailing from the island of Guernsey, Lydia Jane Pugh is an award-winning composer specialising in choral and chamber music, with much of her work being inspired by the islands’ history, culture, and beautiful landscapes. Her music’s universal appeal has led to performances around the world by several professional groups, including the Ebor Singers in the United Kingdom, and the Empire City Men’s Chorus in the United States. 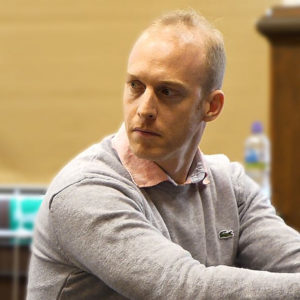 George Holloway is currently an assistant professor of composition in the department of ethnomusicology in Nanhua University, Taiwan. He was formerly Dean of Composition at Tianjin Conservatory of Music in China. In this role, George was the first foreign head of department in any Chinese conservatory. George has also taught at the Central Conservatory of Music in Beijing and the University of Southampton. 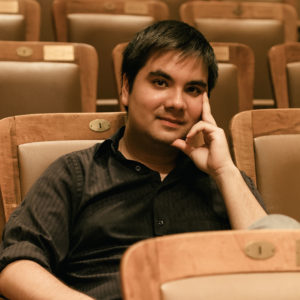 Benjamin Yee-Paulson (b. 1994) is an internationally recognized American composer. Born in Boston MA, his music has reached many countries like the United Kingdom, France, Belgium, and the United States. His music has premiered in many prestigious places like Carnegie Hall, Jordan Hall, Harvard University, Curtis Institute of Music, Warwick Castle in England, La Schola Cantorum in Paris, and the world opening of Microsoft’s flagship store in New York City. 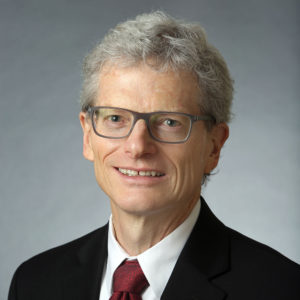 Jonathan Chenette’s compositions have received international recognition, including performances on the ISCM World Music Days in Amsterdam, at the World Harp Congress in Vienna, at the Bishop Auckland Early Music Festival in the United Kingdom, and on an NPR national broadcast by the St. Paul Chamber Orchestra. His music appears in publications by Boosey & Hawkes, Theodore Presser, and Fish Creek Music and in recordings on the Innova, Riverrun, Fleur de Son Classics, and Capstone labels. Much of his music has involved collaborations with visual artists, writers, dancers, folk musicians, farmers, environmental advocates, and museums. 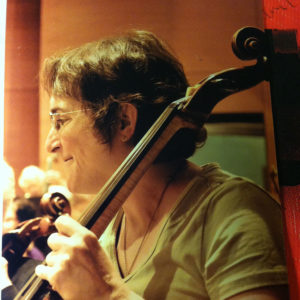 Elizabeth Start is a composer, cellist, arts administrator, and union officer, currently dividing her time between Kalamazoo MI and the Chicago area. 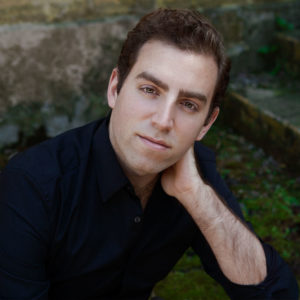 Thomas Mesa, Cuban-American cellist, has established himself as one of the most charismatic, innovative, and engaging performers of his generation. He was the winner of the $50,000 First Prize in the 2016 Sphinx Competition; the Thaviu Competition for String Performance (Chicago, 2013); The Astral Artists 2017 National Auditions; and the Alhambra Orchestra Concerto Competition. He has appeared as soloist with major orchestras, including the Los Angeles Philharmonic at the Hollywood Bowl, The Cleveland Orchestra, Santa Barbara Symphony, and New Jersey Symphony Orchestra. 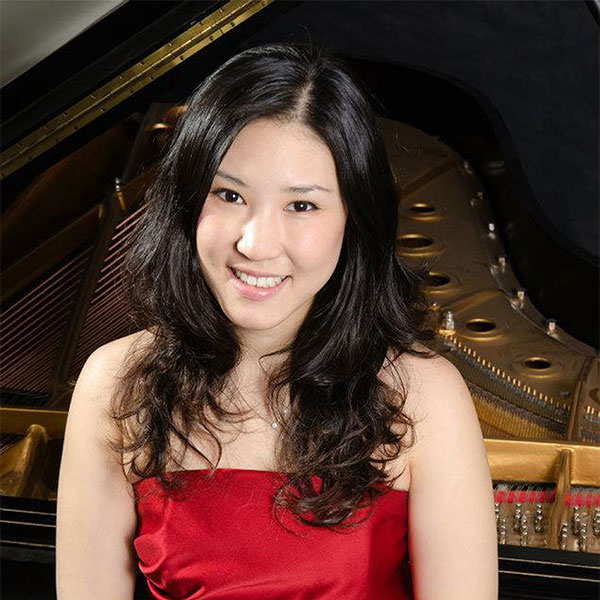 A pianist, educator, and entrepreneur, Yoon Lee is the Special Prize winner of the Anton G. Rubinstein International Piano Competition. Yoon Lee is a member of faculty of SUNY Purchase College and Heifetz International Music Institute, as well as a staff pianist of The Juilliard School. Her performance of Beethoven has been described as “equal to Beethoven’s virtuosic demands” by New York Concert Review.

As an international concert pianist, she has been on the stages of Carnegie Hall, Lincoln Center, Château de Fontainebleau, Hamarikyu Asahi Hall, and Seoul Arts Center, and featured on WQXR and KBS. As a collaborative pianist, Yoon has collaborated with members of the Juilliard String Quartet, Borromeo String Quartet, Orion String Quartet, Brooklyn Rider, Elmar Oliveira, Catherine Cho, and Laurie Smukler.Yoon Lee has been the pianist for master classes by Itzhak Perlman, Leonidas Kavakos, Steven Isserlis, Frans Helmerson, and David Geringas. Yoon has taught piano and chamber music at Kneisel Hall ACMI, Manhattan School of Music Precollege and served as a judge of Manhattan School of Music Concerto Competition and Chamber Music Competition, YMF by the Schubert Club, and NFMC Junior Music Festival. Yoon received Doctor of Musical Arts from Manhattan School of Music and a Graduate Diploma from The Juilliard School. She is an Artistic Director of Noree Chamber Soloists, a chamber ensemble she founded in 2017. 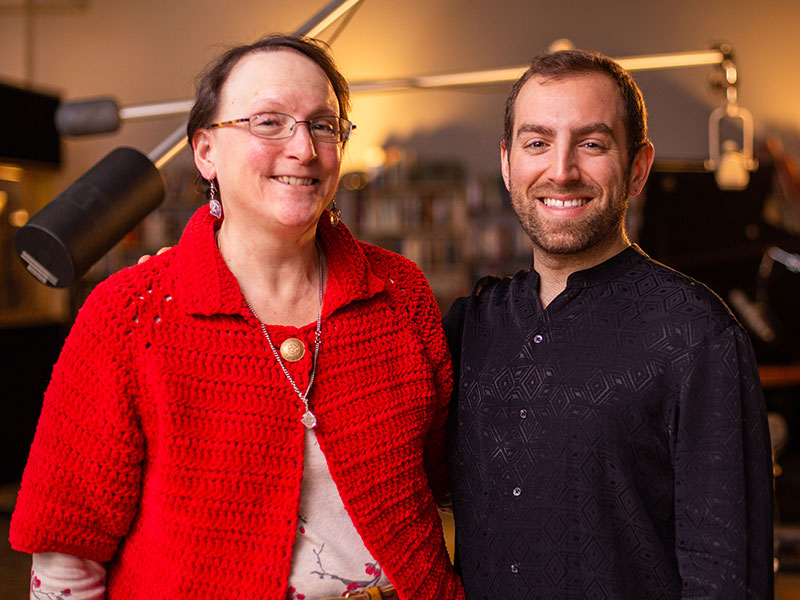 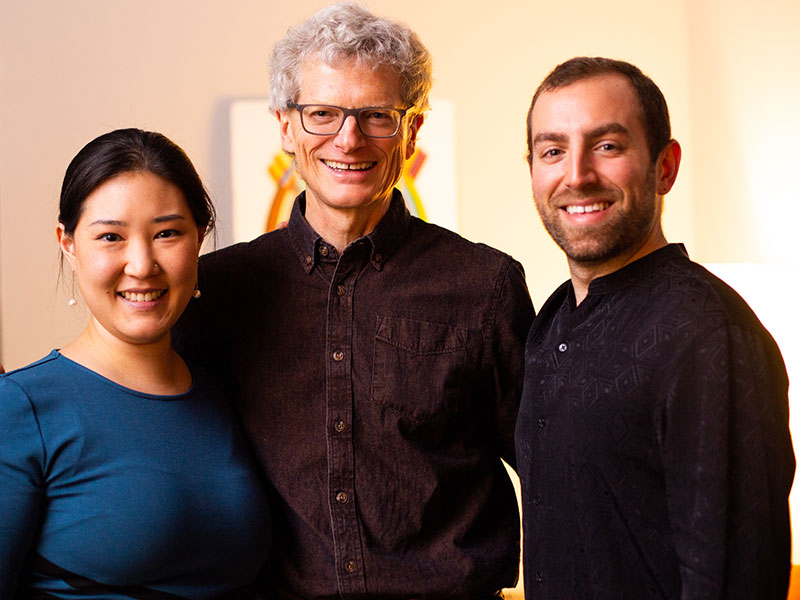 Carolina’s Jig was written for the Charlotte New Music Festival as a response to the task to write a piece inspired by the traditions of Folk music and the state of North Carolina. As a cellist myself I have always been keen to explore the diversity of sound capable of the cello. At the time I had been regularly performing with an Irish Folk Band, and as such had experimented with several percussive techniques, so when writing Carolina’s Jig for solo cello, I was keen to explore how these techniques could be interwoven into the piece. I also wanted this piece to have a sense of fusion, marrying the rich solo cello sound most often associated with Bach’s Cello Suite, with the sound with traditional fiddle-style playing, creating a diverse soundscape, but also a sense of fun.

Carolina’s Jig was premiered at the The New Modern Art Gallery by Hannah Whitehead on June 26, 2015 in Charlotte NC.

The piece was commissioned by Fang Yijia for his Ph.D. graduation recital at the Cincinnati College Conservatory of Music on December 1, 2017.

In recent pieces I have used certain different ways of forming the musical structure. Three or four pieces have been strictly “geometric” or “architectural”, in which I proceeded from a global concept of the structure, and juxtaposed proportionally related blocks of different material to form an overall whole.

In Novella, I attempt the opposite: not to think about proportion or length at all, but to proceed organically from start to finish. I tried above all to create a sense of dramatic narrative in the music, as if a story, the details of which we can only vaguely imagine, is being told. In order to do this, I actually wrote down a true story, and entirely followed what I felt to be dramatic motives and moods in this actual text. The Chinese title, which translates as Story of the Desolate City, is more suggestive of the scenic context.

In the process I made a valuable personal discovery: to describe (or evoke) things in music takes much longer than it does in language! In seven minutes I only got through less than a quarter of my story — which is why I have added the words ”chapter one” to the title — hoping in future to add the remaining few chapters.

Suite for Solo Cello No. 1

My first solo cello composition is in three movements and travels between vulnerable sonorities and exuberant emotions. The first movement – a slow tempo – uses subtle musical tricks to have the listener wonder if they are experiencing a joyful or melancholic composition. The two characters of lyricism and glassy harmonics juxtapose each other to create a dual and bittersweet experience. The second movement – a moderate tempo – is a melodic journey that is built around the octatonic scale, though does not directly state the octatonic scale itself. The third movement – a fast tempo – is an explosion of adrenaline and joy. In many ways, this is a composition that I have wanted to write for years now: the versatility of colors and timbres that a cello can produce is awe-inspiring when done with the right cellist. But more than that, I love writing compositions that inspire the listener. It is my hope that this suite speaks to the listener and the cellist.

Elegy and Affirmation was commissioned through the Iowa Arts Council’s “American Spirit” project for premiere at the Blanden Memorial Art Museum in Fort Dodge IA as part of a memorial event marking the first anniversary of the September 11, 2001 terrorist attacks.

The music draws on diverse influences. A conversation with the mother of a victim of the World Trade Center collapse, a snippet from a nostalgic Stephen Foster tune, various moving elegies and laments by other composers, a song sung by Afghan girls returning to school, melodies borrowed from repertories of various Asian bowed string instruments, and a poem by W.H. Auden all contributed to the work’s musical language, intended to heal and affirm.

Auden’s September 1, 1939 was the impetus for the “Affirmation” part of the title. The poem begins with despairing language, reflecting on the approach of World War II, but ends with lines that struggle to affirm:

“…dotted everywhere,
Ironic points of light
Flash out wherever the Just
Exchange their messages:
May I, composed like them
Of Eros and of dust,
Beleaguered by the same
Negation and despair,
Show an affirming flame.”

After a tentative beginning, “Movement 1,” Elegy moves at a measured pace, with a highly ornamented cello melody and steady chords in the piano. The movement culminates in a quote from Stephen Foster’s song Gentle Annie, followed by a brief return of the movement’s main theme in canon between the two instruments.>

“Movement 2,” Affirmation begins with and is dominated by a tune transcribed from a National Public Radio news report about the official opening of school for Afghan girls in the spring of 2002. It was sung on the broadcast by a group of girls returning to the classroom for the first time in years. Other borrowed musical elements in this movement come from the instrumental introduction to an Afghan song performed on a “ritchak,” or spike fiddle, a melody from China’s Autonomous Uyghur Region performed on “satar,” or bowed lute, and a Mongolian melody performed on “morin khuur,” or horsehead fiddle. These elements come together in various combinations as the composition builds to its energetic conclusion.

This piece was the result of an Elgin Symphony fund-raising auction, where I offered a “custom” solo cello piece composed for the winning bidder. It was written for Ramona “Monie” Burns, and is influenced by what she told me of her life and the bi-cultural world in which she lives. It begins and ends with misty harmonics, giving a sense of a fantastic landscape, where wisps of melody can be heard. These initial melodic lines, which come back as reminiscences at the end, are inspired by Native American melodies of the Paiute. Their occurrence at the beginning and end reference ancestors and heritage, and their ongoing and unchanging presence in our lives.

The melodic fragments grow into longer lines, sometimes accompanied by throbbing beats of left hand pizzicato–a drum or heart beat. The music becomes more active, combining the Paiute influenced melodic elements with a more Western European development and figuration, reflecting Monie’s growing up in and being shaped by a Western European/American household. After this integration establishes itself, the music drifts off again, remembering the opening melodies and evaporating in harmonic glissandi: a reverie of things felt, perhaps, more than remembered—and acknowledgment of of a re-connection with heritage.

In addition to the many times I have performed this work, it has enjoyed many wonderful performances in the US and abroad, by Thomas Mesa, as captured on this recording, and by David Peshlakai, who is also of Native American ancestry.