And Other Pieces For Children

With narration by award-winning actor Rob Dean, Jan Järvlepp brings classic tales to life on THREE STORIES BY HANS CHRISTIAN ANDERSEN. The Steadfast Tin Soldier, The Little Match Girl, and The Emperor’s New Clothes, along with other works by Järvlepp, open a new world of imagination for the youth of today and conjoin the countless capabilities of oral and musical storytelling. Join the Janáček Philharmonic Ostrava and Moravian Philharmonic Orchestra on this thrilling ride through these childhood classics. 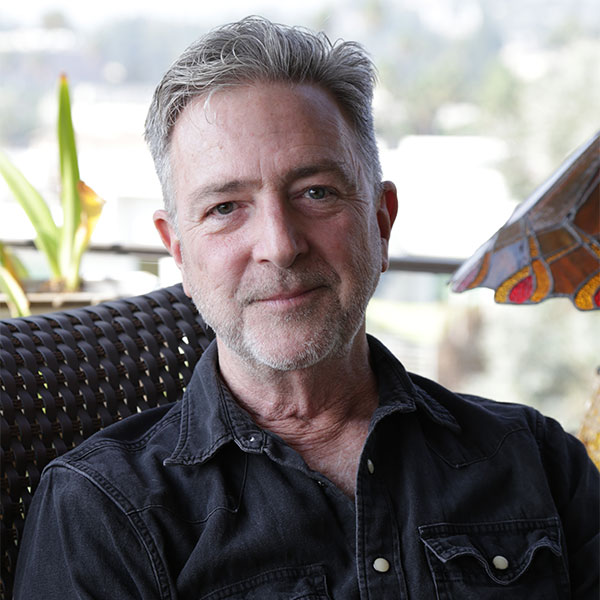 With recordings of nearly 1000 audiobooks under his belt, Rob Dean has led a fruitful career in the entertainment industry. Dean trained at the Yale School of Drama, quickly immersing himself in roles in various productions upon departure with two Broadway shows — Pygmalion with Peter O’Toole, The Circle with Rex Harrison — and one long-running off-Broadway show. Soon after, he moved to Los Angeles CA and began appearing in recurring and guest roles on TV shows like Frazier, The Young and the Restless, 24, and the majority of the Star Trek series. Further TV appearances and a heavy involvement in Los Angeles’s noted classical repertory theater A Noise Within gave way to an interest in directing, and Dean made a splash in Los Angeles, Turkey, Provincetown, and Texas. Of the many audiobooks Dean has narrated, he cites William Gibson’s Neuromancer and all 65 hours of Robert Caro’s The Power Broker as his favorite projects.

Hans Christian Andersen was born in the town of Odense, Denmark in 1805. Although he came from a poor family, his shoemaker father introduced him to the riches of literature such as the Arabian Nights, Holberg’s plays, and the Bible. His first visit to the theater in Odense had a stimulating effect on his imagination, which allowed him to escape from his impoverished surroundings into a fantasy world. He attended a school for the poor and started writing stories as a teenager.

After being confirmed in church, he moved to the Danish capital city of Copenhagen and unsuccessfully tried to get a job at the theater. However, theater management took kindly to him and arranged for him to further his education. In his twenties, he wrote poetry, a play, and more stories, which achieved some success for him.

Between 1835 and 1837, he published a three volume set entitled Fairy Tales Told For Children which received poor reviews from local Danish critics but ended up making him world famous. Included in that set is his most famous story, The Emperor’s New Clothes.

Andersen enjoyed travelling, so writing travelogues came naturally to him. He even met Charles Dickens while in England on one of his 29 international trips, which took him as far afield as Africa, the Middle East, and even Nepal. He also wrote pieces for the theater, novels, poems, opera libretti, and fictionalized and factual autobiographies. However, Andersen turned his attention back to children’s stories and ended up writing over 150 of them. Andersen died in 1875 in Copenhagen, where he was buried. In spite of his work in many genres, it is his children’s stories that have captured the public’s imagination for many generations.

Three Stories by Hans Christian Andersen was composed for the Ottawa Chamber Music Festival at the request of its founding artistic director, Julian Armour. I had been composing a series of quintets for string quartet and one additional instrument for them. However, after the 2005 festival Armour asked if I would write some children’s music for a concert that he was planning for the next summer. I was disappointed because I hoped to continue my series of quintets, but I decided to rise to the challenge. So I went to a bookstore to see what sort of children’s content I could find to base my piece on, but they had mostly copyrighted Hollywood material. In order to avoid copyright problems, I decided to use classic texts and bought collections of stories by Andersen, the Grimm Brothers, and 1,001 Nights. After reading 35 Andersen stories, I found three that resonated with me musically. We successfully applied for a City of Ottawa Arts grant which sponsored the composition of The Little Match Girl. Once I had completed the music for that sad tale, I decided to compose a couple of more lively pieces to complement it.

Having performed Prokofiev’s Peter and the Wolf 52 times as a cellist, I was well aware of the challenges of setting a spoken text to music. But there was a problem. I based my compositions on the 19th century British translations by H.B. Paull, whose language would often be incomprehensible to modern children. What contemporary child could understand “tapers flickered by the hearth?” I realized that I must make a new edition of the texts for today’s listeners. I spent a lot of time reading the stories aloud until I arrived at what I considered to be idiomatic versions. I also had to time the texts so that they would fit with the music. So that is how this multifaceted project came into being. It received a successful premiere at the 2006 Ottawa Chamber Music Festival.

Follow The Leader was composed as part of the innovative Making Music Project, a collaboration between the Ottawa-Carleton District School Board and the University of Ottawa under the direction of Dr. B. W. Andrews. As part of this project, I met with a class of music students a few times before composing my piece. I asked them what they would like me to compose. At our next meeting, I learned that they disliked pieces where everybody played all the time. They suggested a piece with distinct contrasts between different sections of the band as well as some question and answer types of textures. That gave me the idea of composing a “follow the leader” type of piece where the percussion players would be the leaders. I prepared some musical examples for them to try out and they gave me feedback on them. It was premiered in 2013 by the Broadview Avenue Public School Grade 7-3 Band, directed by music teacher Ginger Jacobson in the school’s gymnasium.

Suite for Strings was composed for the Intermediate String Orchestra of the Ottawa Youth Orchestra Academy, who gave the first performance in 2010 under the direction of Pauline McCombe. It was commissioned by the Norman Burgess Memorial Fund, which encourages the composition of educational works. Each movement of this suite is dedicated to developing a particular skill. The first movement, Changing Times, teaches the students to change from one time signature to another rapidly and effectively. Shifting Cargo is a shifting exercise in disguise. A Thoughtful Moment concentrates on developing expressive vibrato with solos given to the bass and viola sections since they are usually left out of solo playing in favor of the violin and cello sections. The louré bowing style is also introduced to the students. Dance of the Monkey Man is rhythm-oriented and cultivates skill in playing syncopations, or offbeats as they are known in pop music.